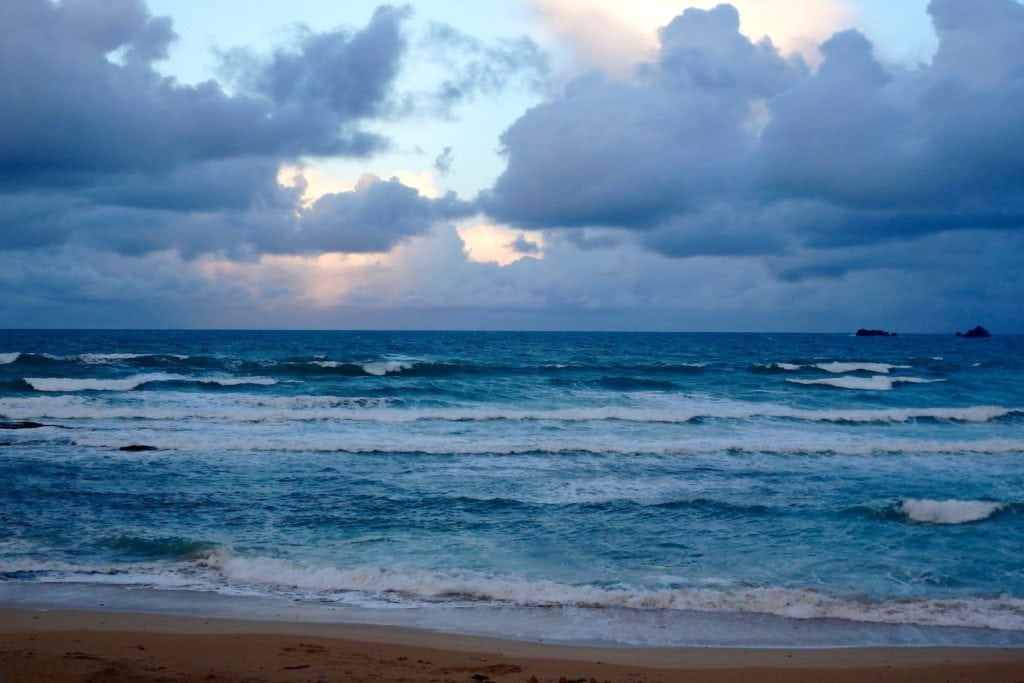 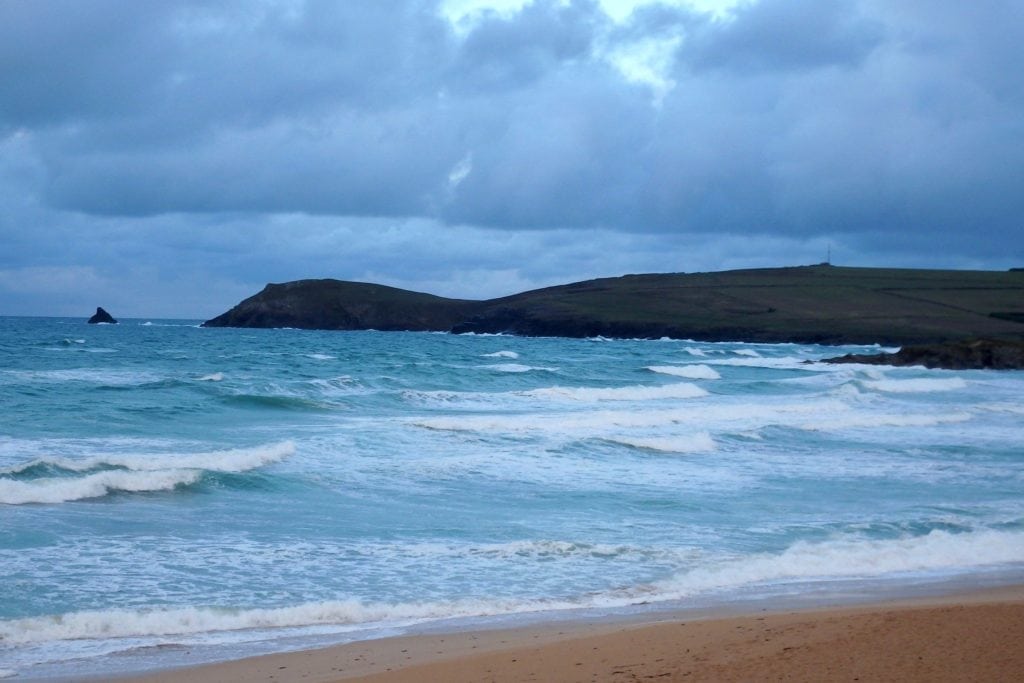 The westerly wind is screeching into the bay from the Atlantic this morning casually pushing mountain-sized cloud columns in amongst the squally downpours.
And so the surf is a mixed up mess of three foot sized junk surf, all grey looking and uninviting.
A couple of kiteboarders are rushing in with relish and they will have the best of it on the spring high tide. But for surfing, well, it’s all a bit of a choppy and messed up scene this morning. It’s probably best to give it a miss today! 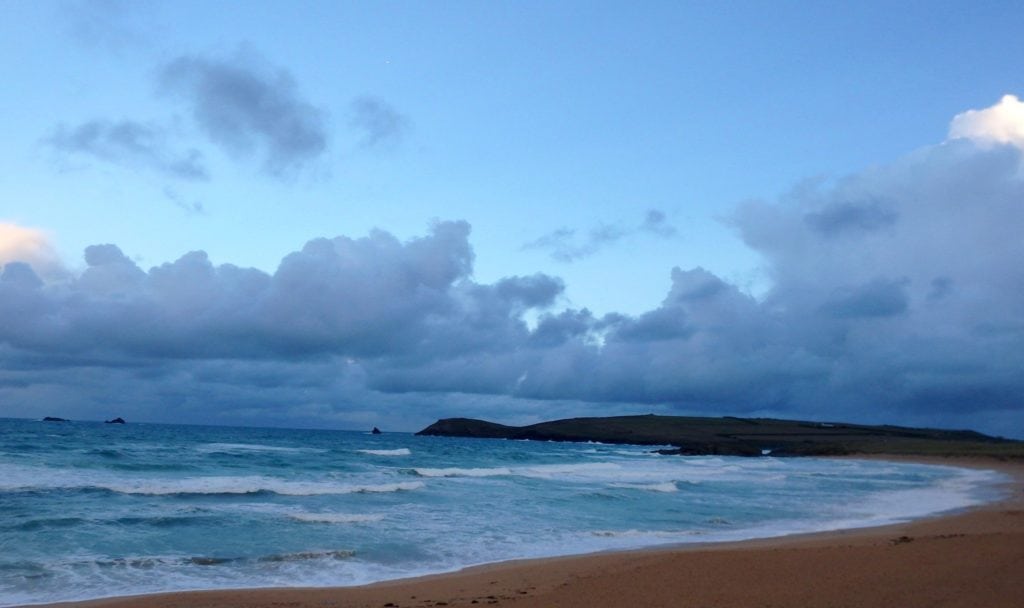 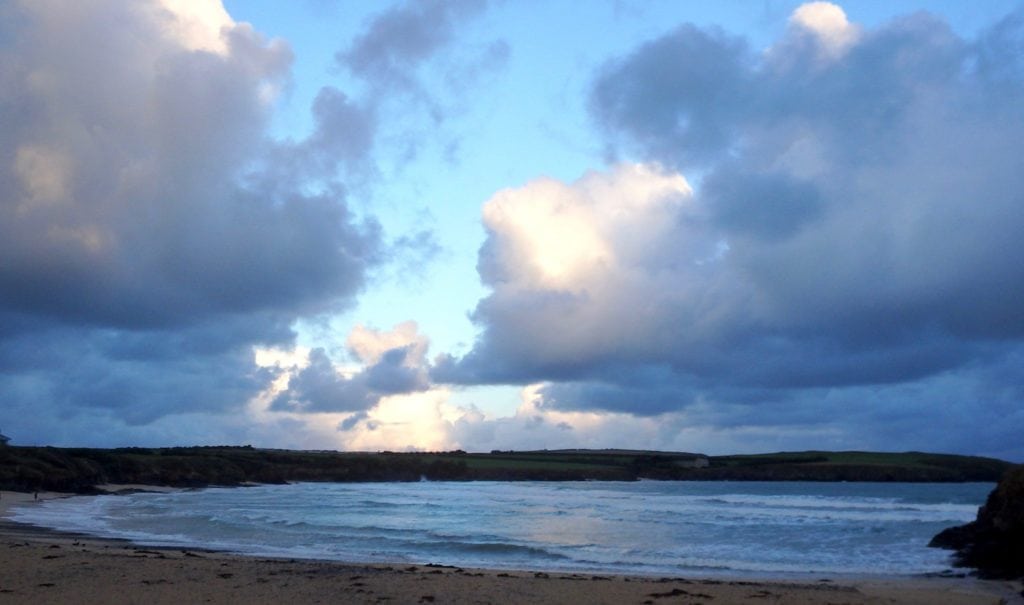 A couple of feet of bumpy surf is wallowing in the high tide depths this morning, the wind gusting from the west and putting a little side chop on those otherwise fairly lined up little waves.
The size is likely to weaken as the tide slides out and the wind is likely to have more effect too. Low tide is likely to be a bit of a windblown affair.
So it’s probably best to wait for the tide to return allowing some shelter in the lee of the headland.
Or have look at the far coast? 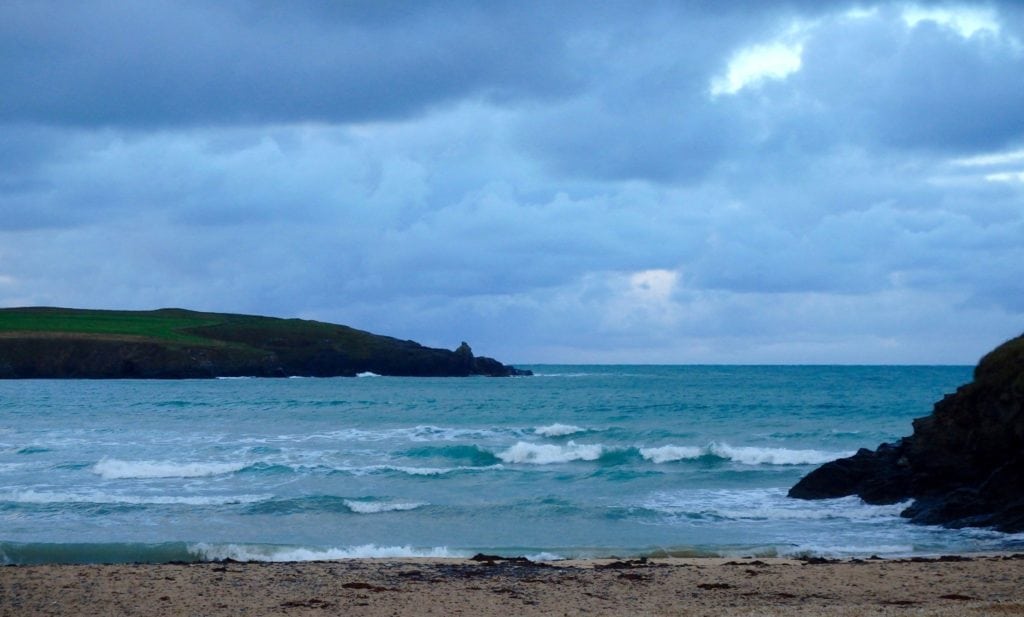 The wind should drop to nothing more than a light, light breeze, probably blowing in from the south as the three to four foot swell weakens to just a couple of fete by evening.
But otherwise we should be enjoying a pleasantly bright and calm Sunday with plenty of clean and fun surf!

Onshore winds are going to continue to blow in through the weekend, the south westerlies of Friday veering more to the north through Saturday before returning to the south west for Sunday.
The swells are likely to gradually ease off through the weekend as well but still staying mainly in the three feet range.
And so Saturday looks to be a day of onshore winds and thick and lumpy, mainly four foot surf breaking sloppily with those onshores blowing in at all of our surf breaks. Saturday evening might show some cleaner and calmer conditions but it is still likely to be mostly sloppy everywhere.
By Sunday the wind is likely to have quietened and swung to the south west, onshore at our main breaks but offshore at our sheltered spots. That swell is likely to have weakened as well though, leaving Harlyn with only small surf, maybe in the two foot range. But hopefully a very pretty and organised two feet!
The start of next week is looking really very promising though!
Have a great weekend, wherever you are and whatever you’re doing!