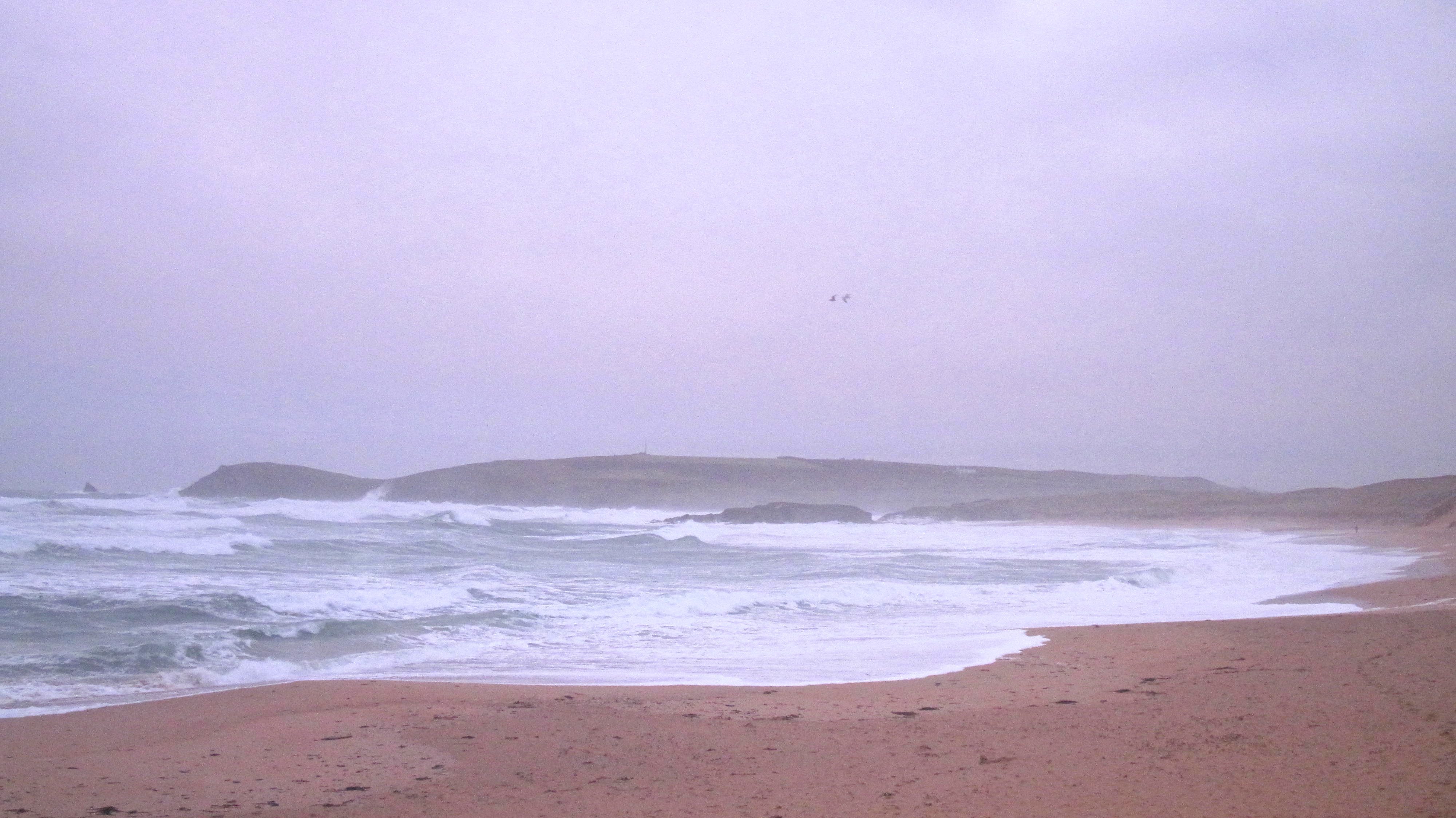 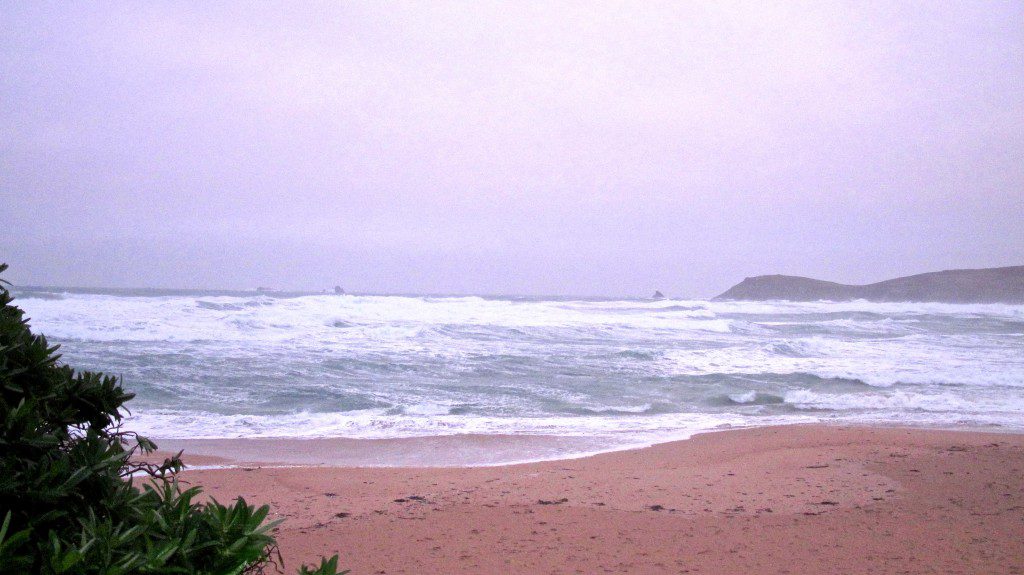 It’s a stormy one this morning, the wind howling across the fields, bending hedgerows and shaking trees while kicking up sand across the headlands and swirling those big waves in the bay.
The surf is big but big and blown out, grey lumps of water being pushed and shoved each way and every way. And those squalls are blasting in, dumping heavy rain while chilling the air.
No, it’s not the morning for a lazy, leisurely lollabout! And it’s not the p[lace to go for a surf today either.
We do haves that January Sale going on in the shop though, so it could be a good day to bag a new wetsuit or board, or some heavyweight clothing!?
Or we could go check out Harlyn…. 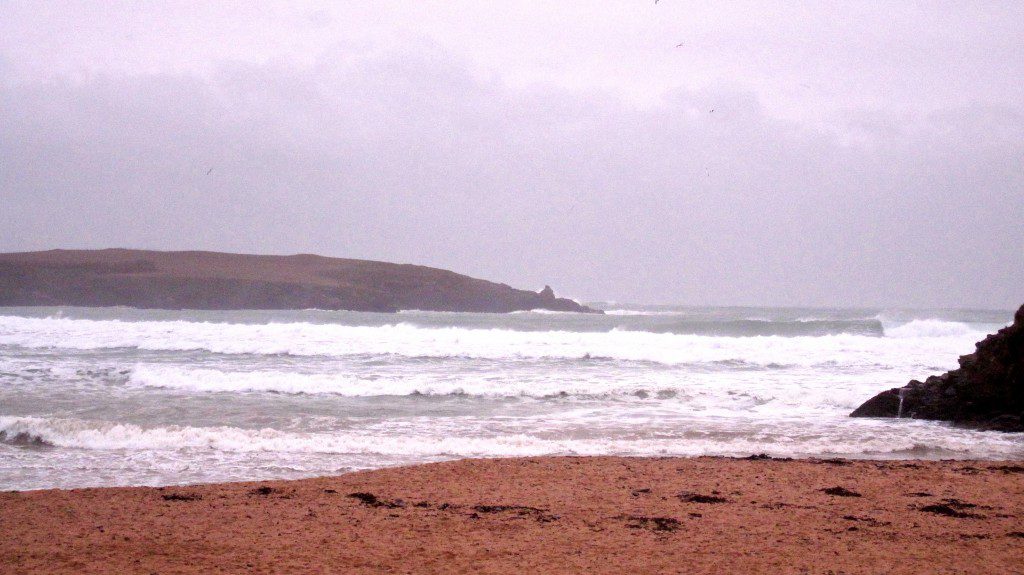 That’s a surprise, the wind is pretty much offshore right now, holding up those four to five foot plus waves as they stand tall on the outside at high tide.
The wind is fore cast to slip more to the north west which will mess the surf up here but right now it’s pretty okay!
Some of the set waves are crashing through and throwing some bigger right-handers off the Rock and I guess that if the wind holds in this direction, then it will all get a bit sharper and heavier as the tide drops out. whether it’s going to be big enough to work at low tide, we’ll have to wait and see but it should be – as long as that wind holds (and it would be even better if it eased in strength too!)
Or there’s always the south coast option? 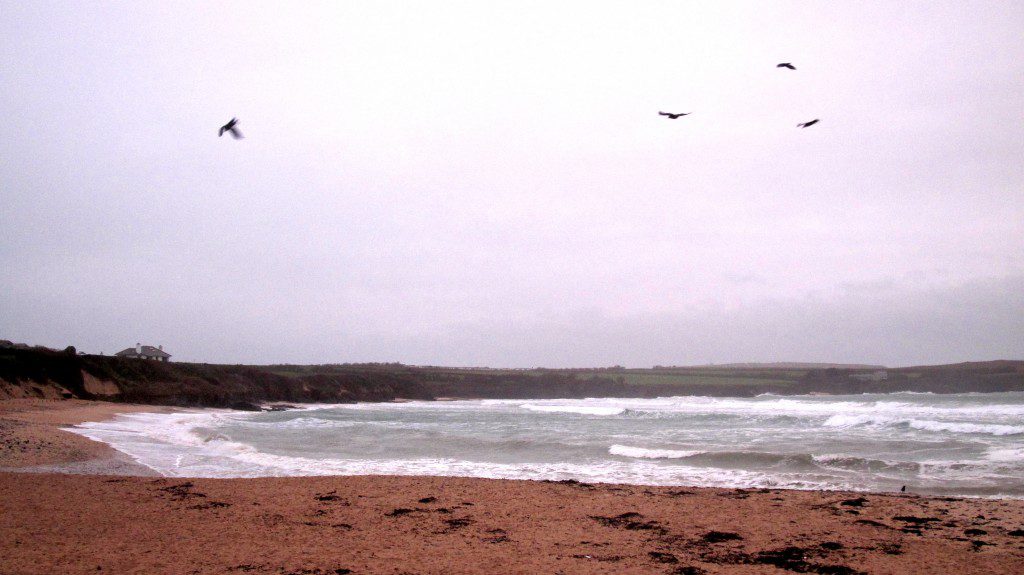 More of the same is expected for this Sunday but with the wind forecast to gradually ease more south westerly, making Harlyn the ‘go to’ spot locally.
But it’s still likely to be a little will and woolly, with big waves and strong winds!