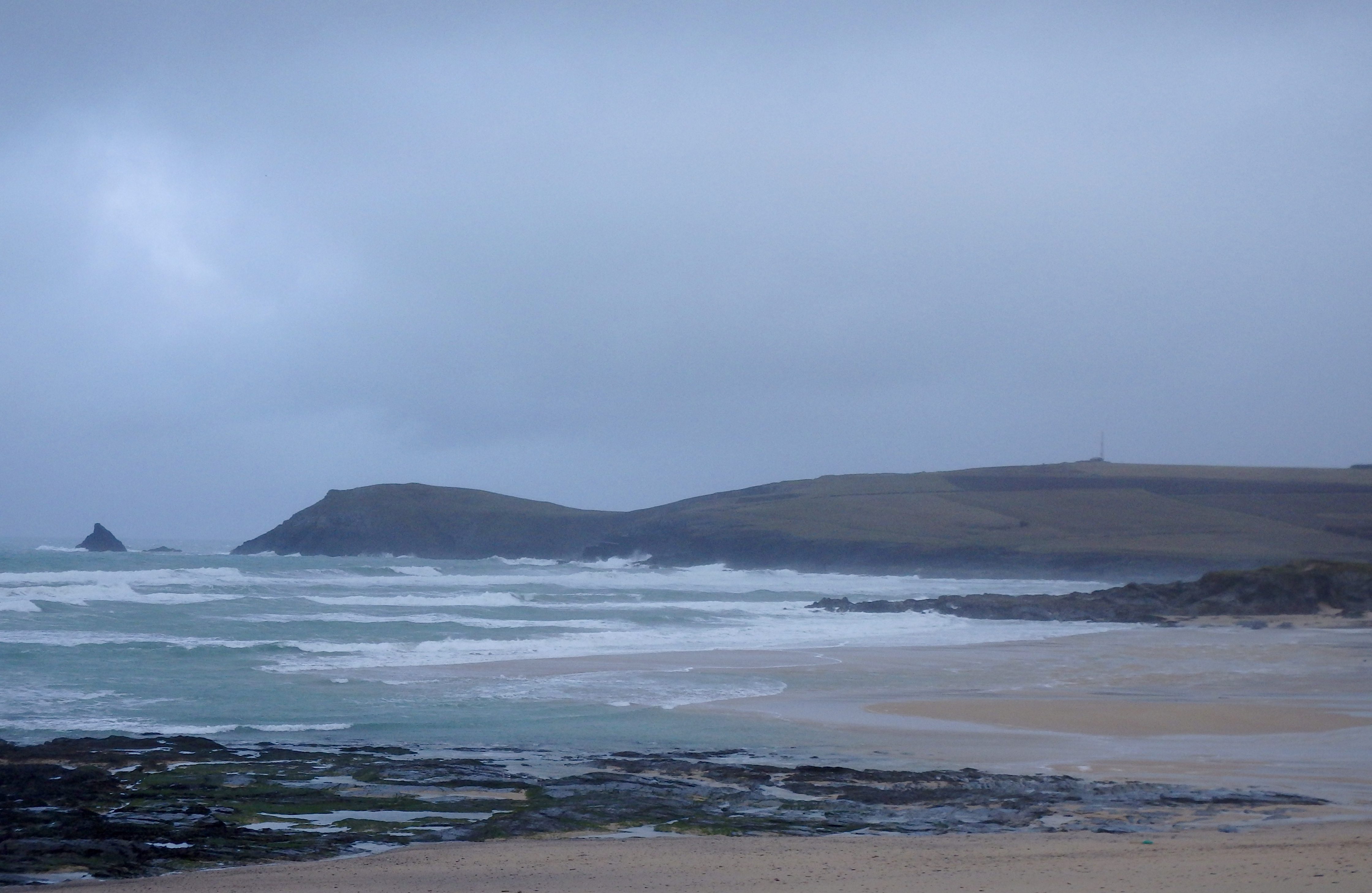 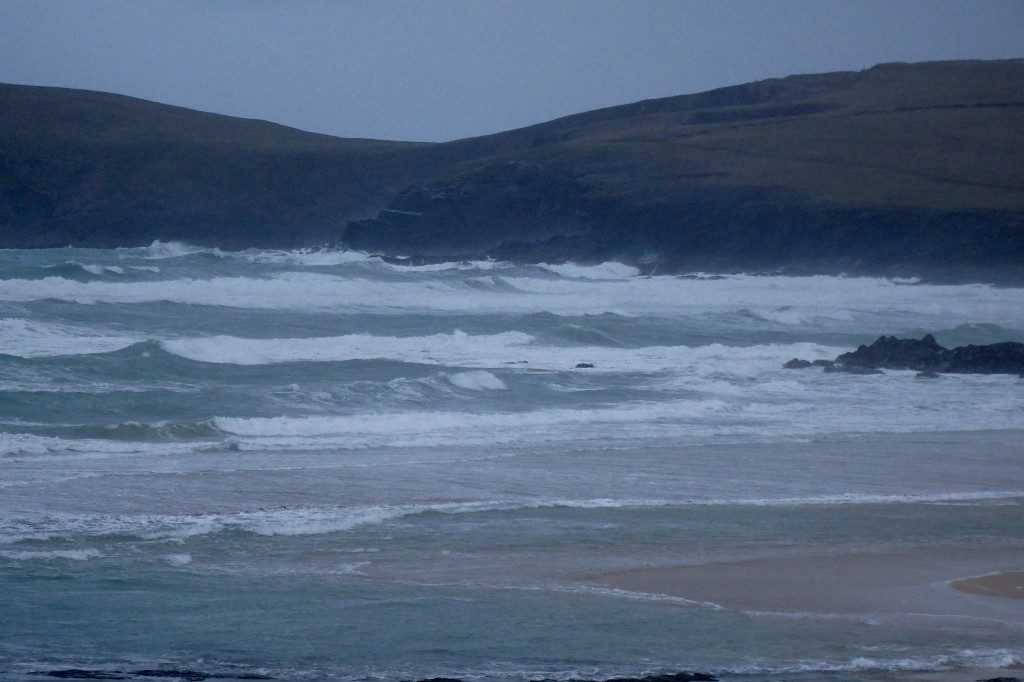 A blustery but mild west sou’ westerly wind is rattling the hedgerows this morning and it’s a noisy one too as it screeches across the marram grass and wraps around the headland.
And so the five feet or so of grey and chopped up surf is a blown out mess.
There’s a frothy mix of windslopped and swirling, grey and uninviting surf washing around out there but there’s nothing to ride.
Let’s have a wander over to Harlyn…..

Don’t forget that we are still running a SALE through this weekend with loads of discounts and a bunch of winter wetsuits at 1/2 PRICE! 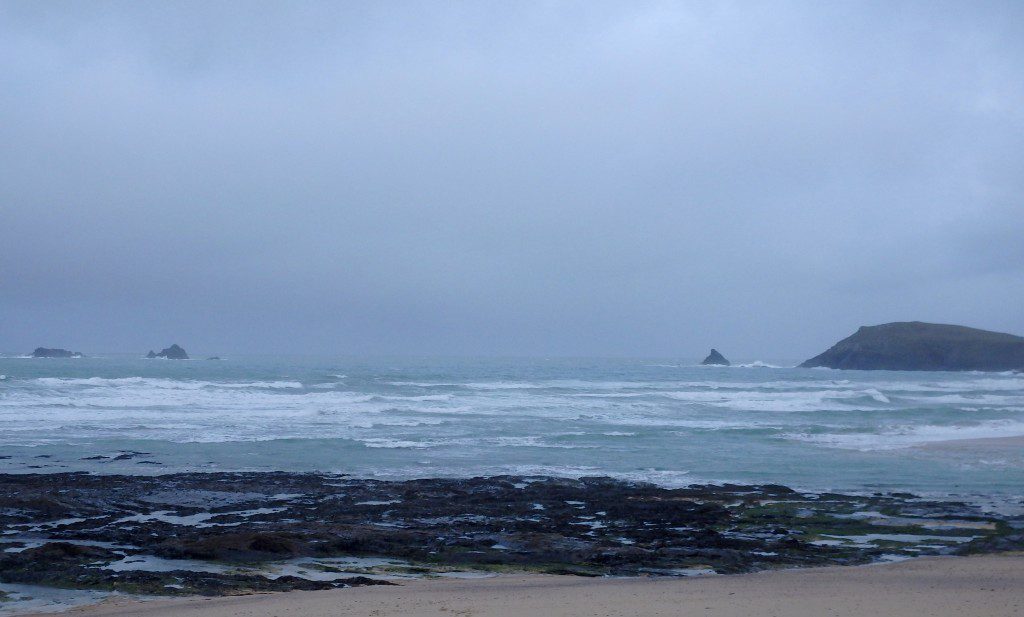 The wind is a little too westerly for the surf to be good here this morning but there is a couple of feet of wind bumped swell that looks like it might just be some fun.
The sideshore wind is putting a bump on those little waves but the tide is an hour or two short of low tide and so you have to think that it will all improve with this afternoon’s tide, or even before that.
The size is likely to increase a little and the headland should provide some more shelter from this westerly wind as the tide rises.
It’s still going to be little bumpy but we should be enjoying some three to four foot and pleasant enough surf by this afternoon!

The wind should be just a degree or two more southerly today, still just a little too westerly to allow Harlyn to shine as it can but southerly enough to allow it to be clean enough.
It’s likely to be another blowey and blustery one but good old Harlyn is likely to be the fun place to surf agin today!

Those grey and wet and windy conditions of midweek did brighten and ease as the week ended but back they come for the weekend!
With a four or five foot swell running along the coast we should be enjoying some half reasonable two to three feet of clean surf at Harlyn through Saturday, especially on the tidal push through midday.
So, Harlyn is going to kick back in with a building swell as we go into the weekend with some bigger surf and grey and windy, wet weather but almost offshore winds at Harlyn.
Sunday should see some slightly cleaner conditions at Harlyn, it still isn’t going to be as sharp as it can be, there’s likely to continue to be just that little bit too much westerly to the wind to allow that but it should still be fun enough!
So, a broody, breezy, damp and grey weekend awaits but there should be some clean enough surf to make it worthwhile at Harlyn!
Have a great weekend, wherever you are and whatever you’re doing!