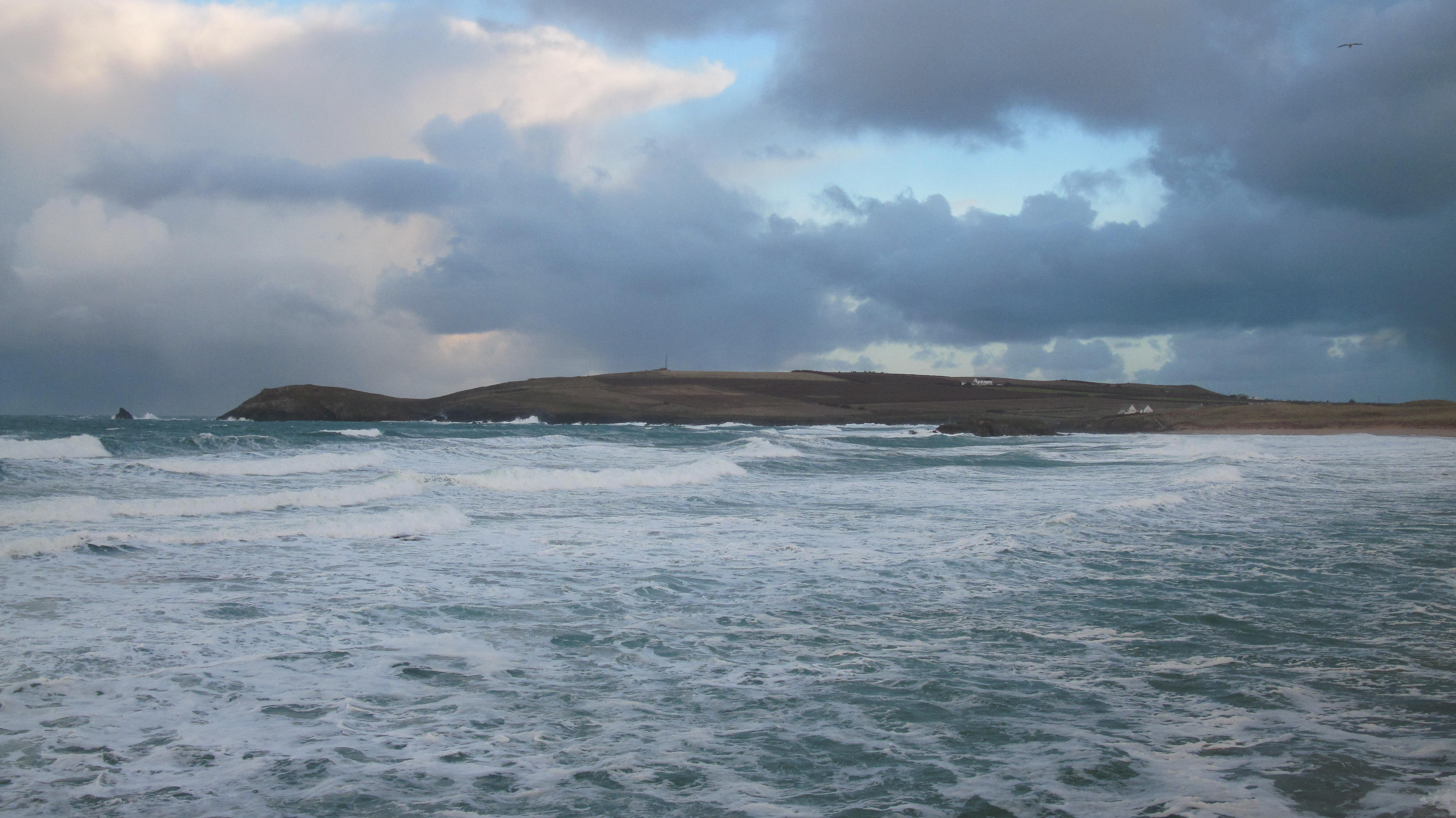 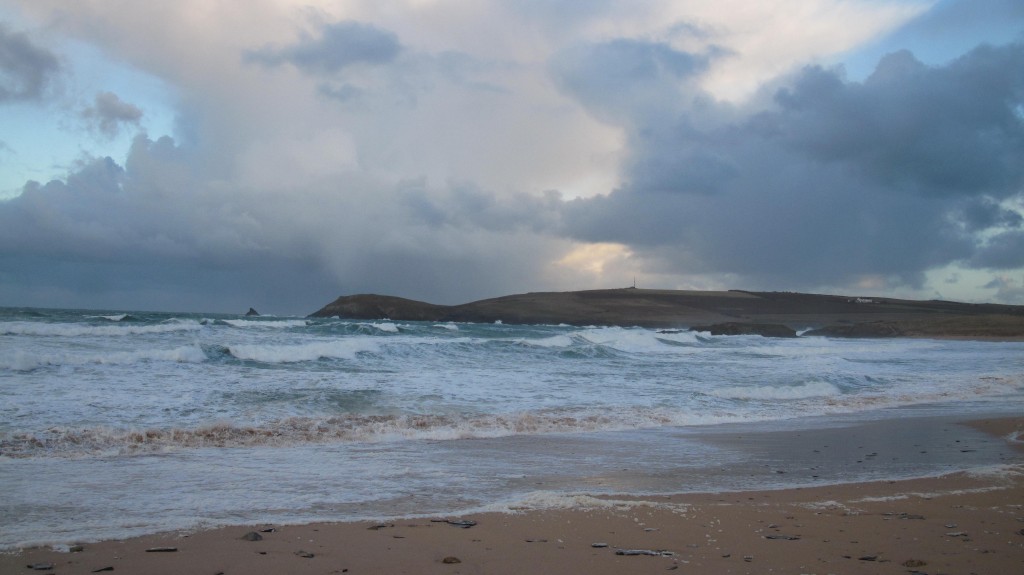 It’s a wild and wooly one this morning, drier and maybe a fraction milder than forecast but otherwise just as windy and just as lively as was promised.
The surf is a blown out mess of jumbled up surf and frothed up waves, the tide on the drop but still high enough to be impressive. Thick cloudbanks are being shooed along by that aggressive north westerly wind, short, sharp dumps of heavy rainfall almost being squeezed out of them as they briefly fly by.
There’s no surf to ride here today, the south coast beckons! 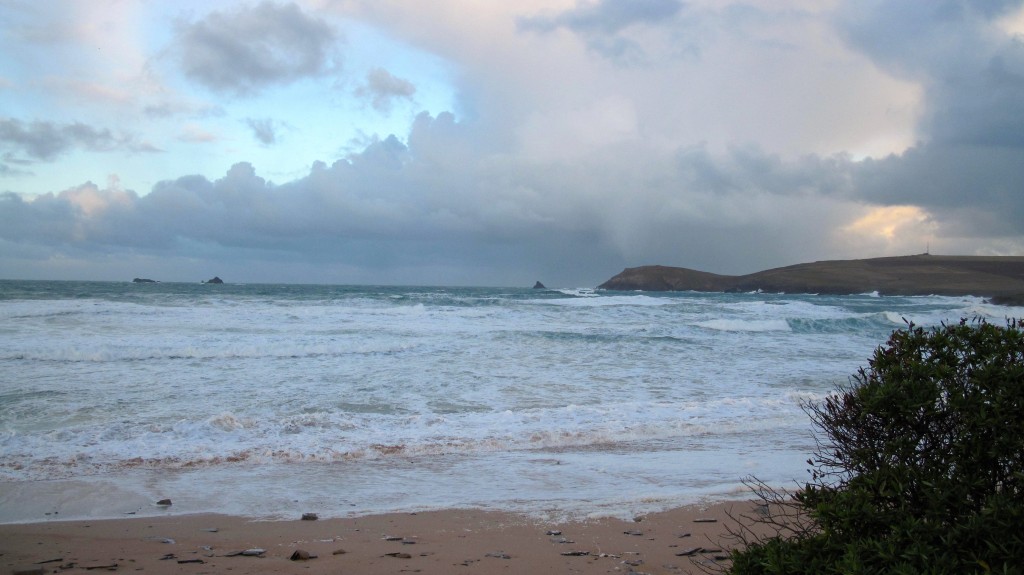 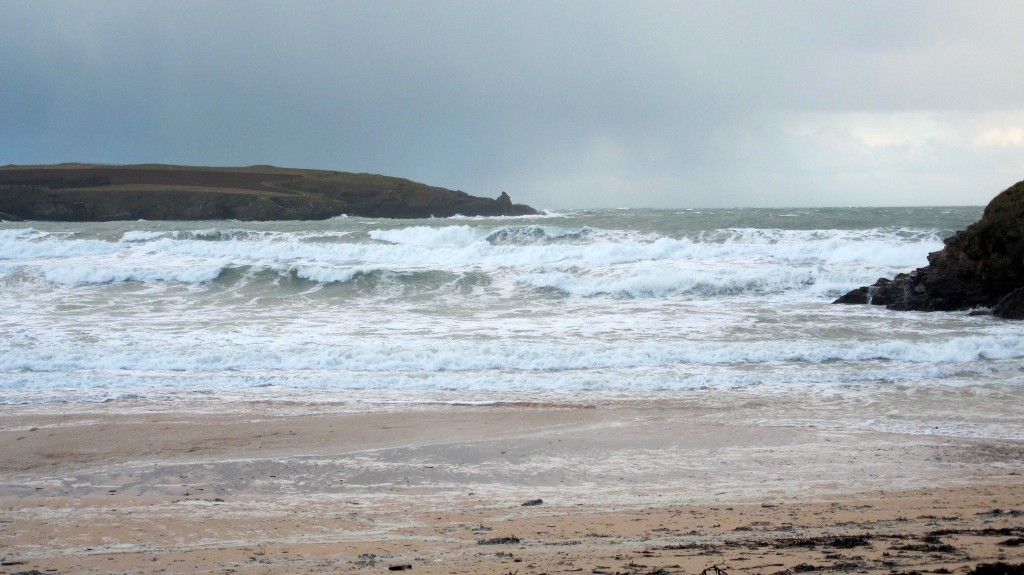 The wind is howling in here today, that hard blowing north westerly wind finding those gaps in your clothing to sting and chill.
The surf is a mess of blown out junk surf here today as well, four feet or so of grey and mixed up chop and slop.
Nope, not here, not today!
The South Coast beckons! 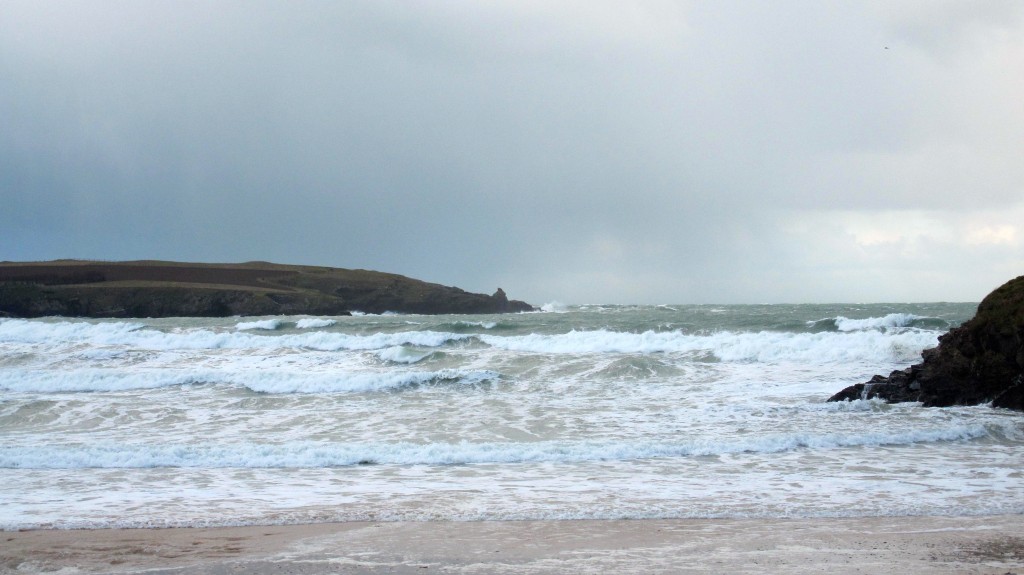 The wind is still likely to be blowing hard but hopefully it will have switched to the south and west, at least allowing harlyn a chance to impress!
It is still likely to be a bit grey and a bit mixed up but it could be good at certain stages of the tide at certain spots in the bay. Watch out for those big tides though, there’s going to be a lot of water moving around with a lot of wind to help it.

Big surf and strong, onshore winds are going to blow this school half-term week to an early end.There has been a massive low pressure system moving in to the north west of us, still way out in the north atlantic but spinning bigger and bigger waves our way as it gradually closes in on the coast. Both the wind and the waves are going to roll our way over the next few days and continue through the weekend. And so we should be seeing the surf building and building, getting into the ‘big’ range by Friday, easing to ‘pretty big’ through the weekend and then hitting ‘gigantic’ for the start of next week! Unfortunately for us, those winds are likely to be onshore everywhere locally, making that drive to the far coast our only option if looking for some cleaner surf to enjoy.
Sunday should see some cleaner surf at Harlyn but it is still likely to be that windy and wintery kind of stuff.
The weather? Pretty yuk for a few days at least.
Have a great week, wherever you are and whatever you’re doing!