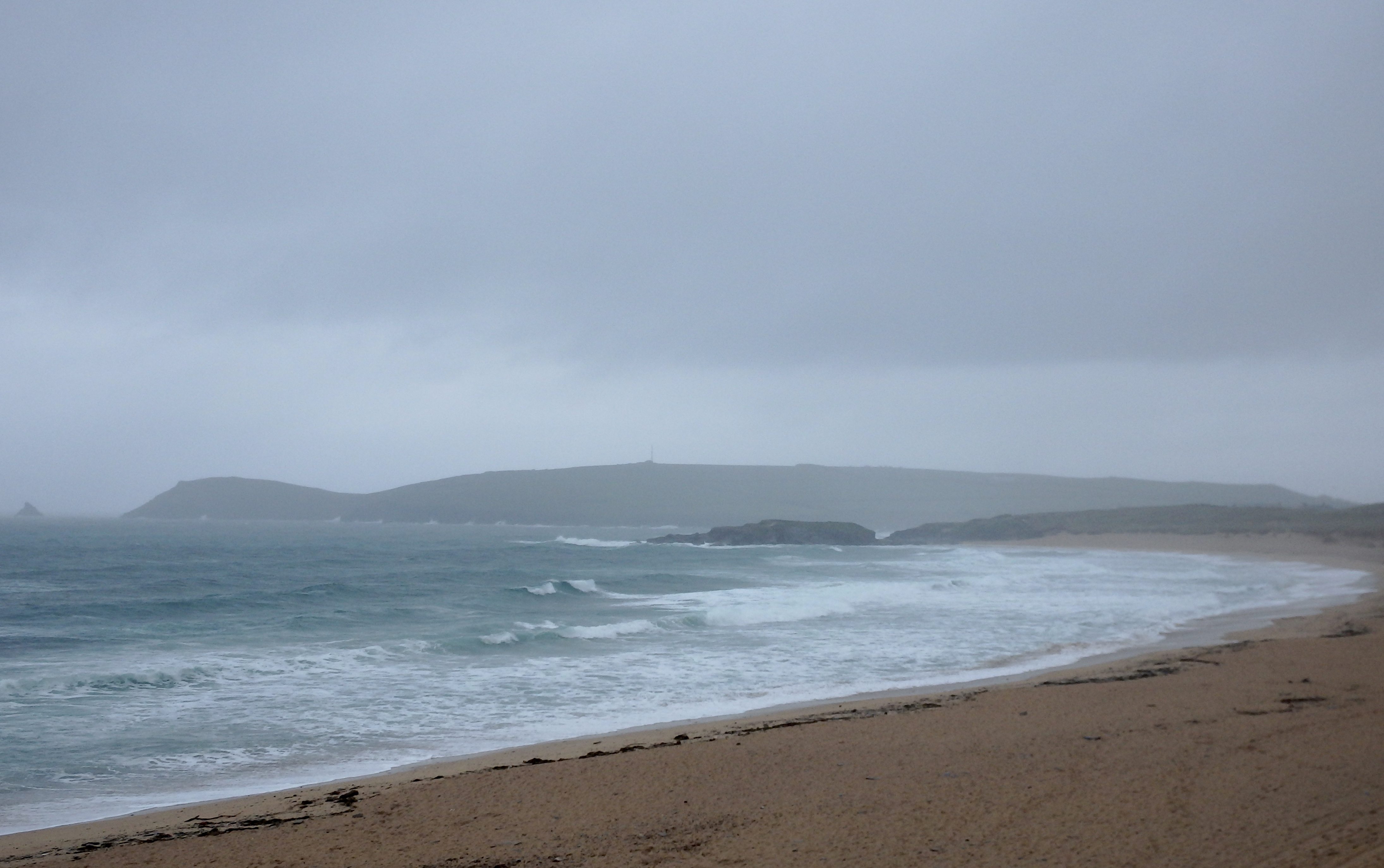 It’s a dull, wet and windy Saturday morning with a blustery south westerly wind scattering downpours as it blows.
And so the surf is a wind-blasted mess of three foot mixed and battered swell galloping up the sand.
The tide is on the drop and the forecast is for the wind to very gradually weaken, as the sky dries out and clears up.
And so at least the weather could change for the better quite soon, which is good news for Beav and Claire who are getting married this afternoon! And we all wish them the very, very best for a long and happy time together!
In the meantime, Harlyn could be calling! 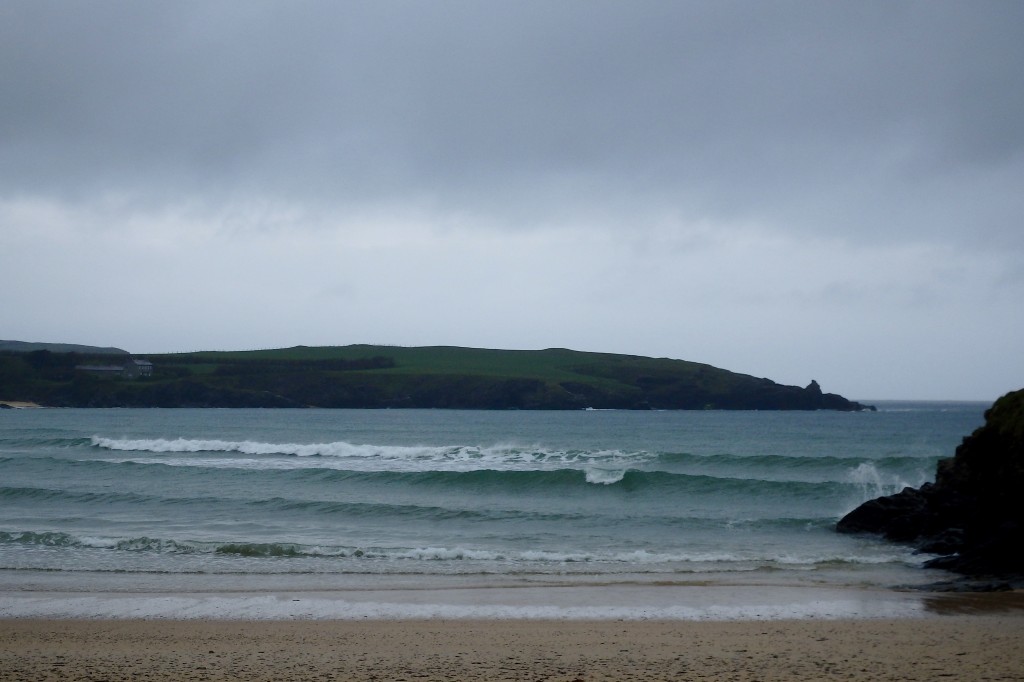 A foot or two of pleasantly shaped, fun little waves are rolling in just after high tide.
That peaky break just beyond the high tide bank is looking like gentle fun, a bit of a peeler prettily rolling off the end of it.
As the tide drops back those waves are likely to quieten, but the wind should also ease too.
This afternoon could be fun with only small but nicely shaped little waves breaking more solidly as the tide pushes back in.
And of course the rain should ease and eventually dry out, just in time for Beaver and Claire’s wedding! 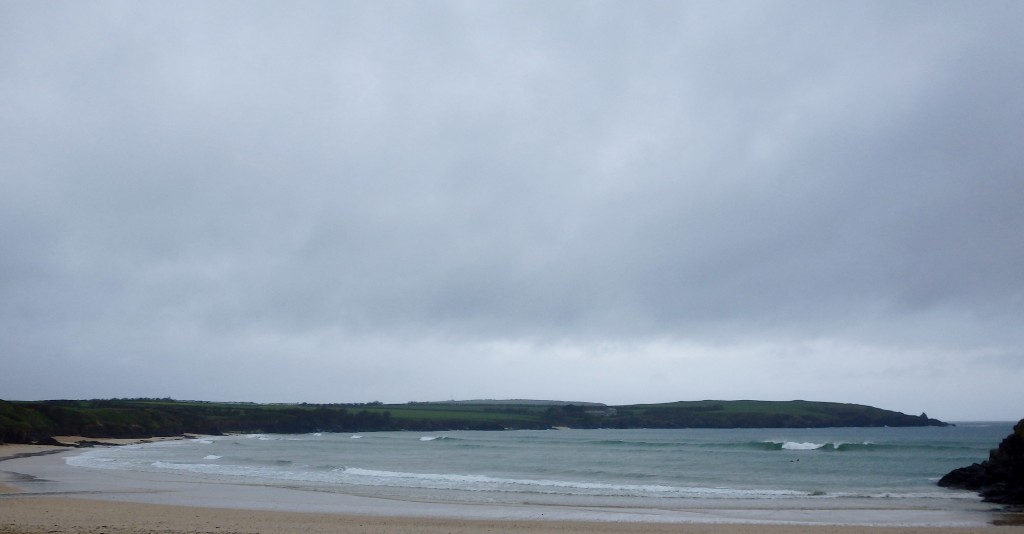 Lighter winds and brighter skies still might not cheer up that sloppy and lazy surf, especially as the wind slips to the north west through midday.
There should be some small but clean surf at Harlyn through the morning but even that will become more sloppy as that wind changes.

A breezy weekend awaits, the wind gusting in from the west and south west for most of the time, the swell continuing in the three foot range.
Saturday is likely to be one of those blustery days filled with showers and a gusting south sou’ westerly wind. Harlyn will have the cleanest conditions but with only fairly small surf managing to get all the way around and into the bay. Still, there should be an okay couple to three feet of super clean and probably fun surf through most of the afternoon.
And Sunday is likely to be quite similar with that same three feet of rolling and windswept surf washing into our bays.
Harlyn will likely be the venue of choice again this Sunday, a mainly bright and cheery one but with the chance of an occasional shower now and again.
So, a fairly surfy, more Harlyn kind of weekend awaits with the promise of some fun surf and okay weather!
Have a great weekend wherever you are and whatever you’re doing!