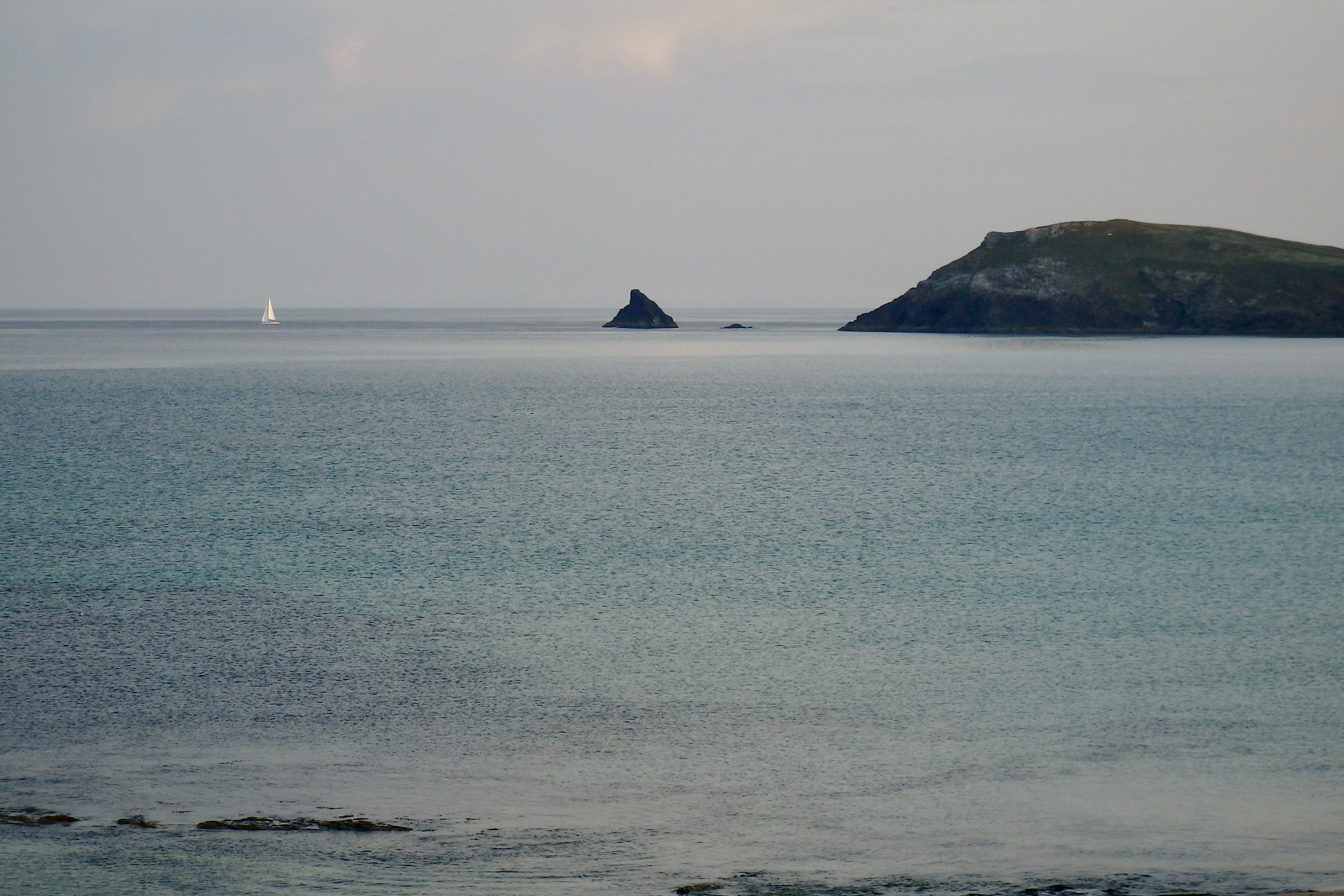 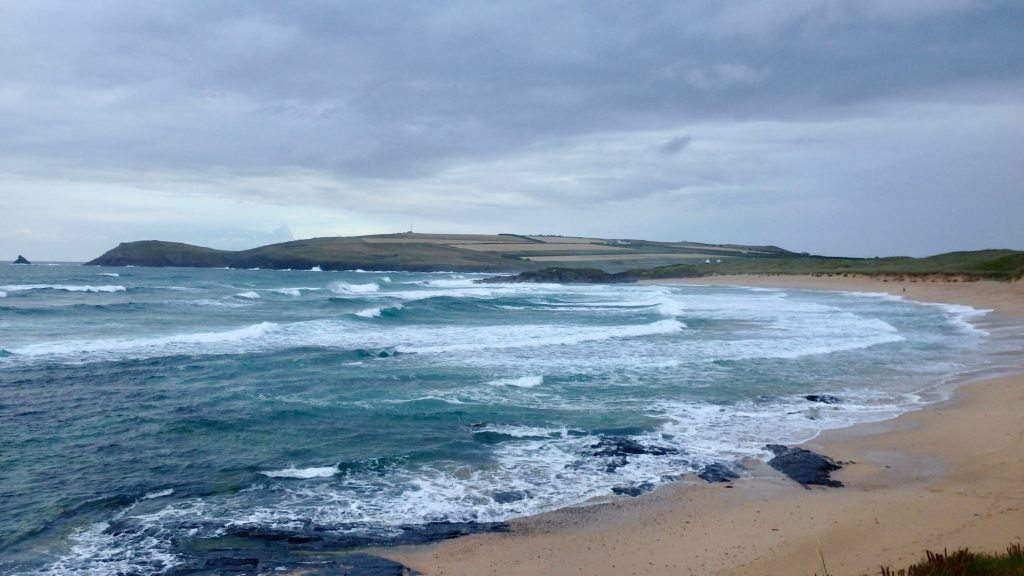 That heavy, heavy downpour of daybreak has now scuttled eastward on its way to drench the rest of the country leaving in its place a breezy and brightish morning with a bit of a more autumnal feel to it.
The surf is a wind battered three to four feet, the occasional peak reaching up higher than that but collapsing pretty quickly too.
So it’s a sloppy and bumpy but surfable scene down in the bay, a slowly strengthening sou’ westerly bullying the clouds away while messing the surf even more.
Harlyn might be good again though…….. 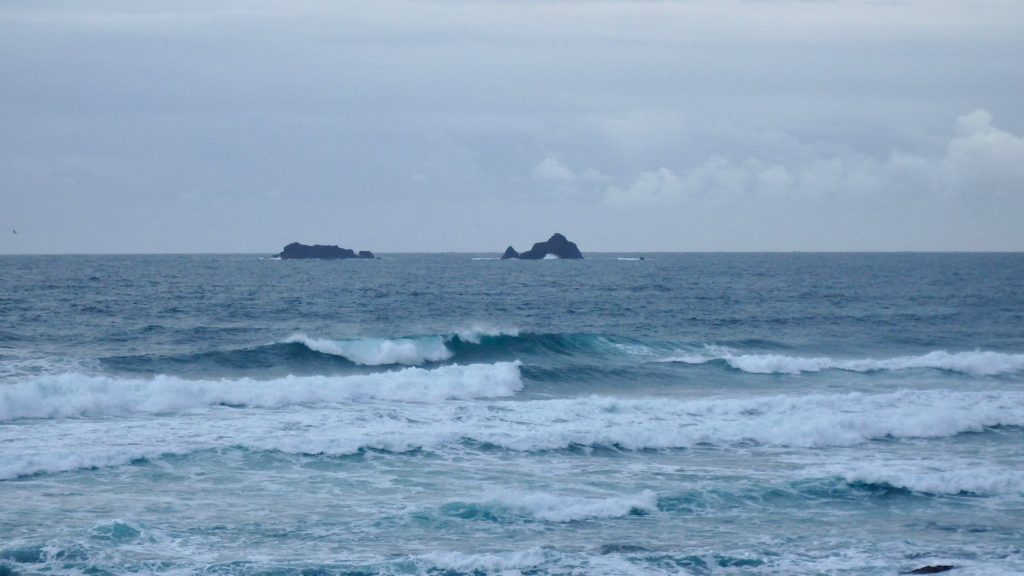 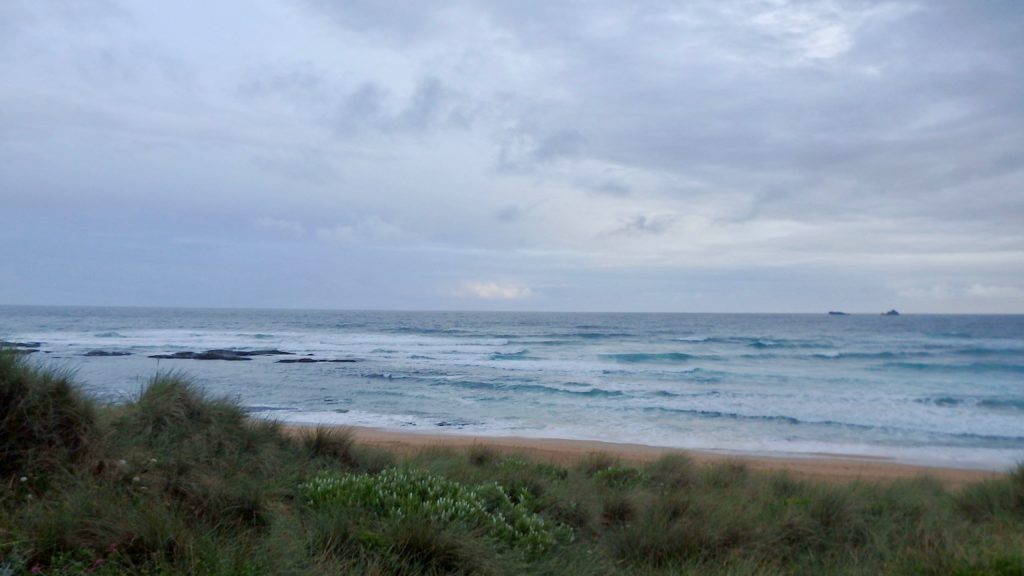 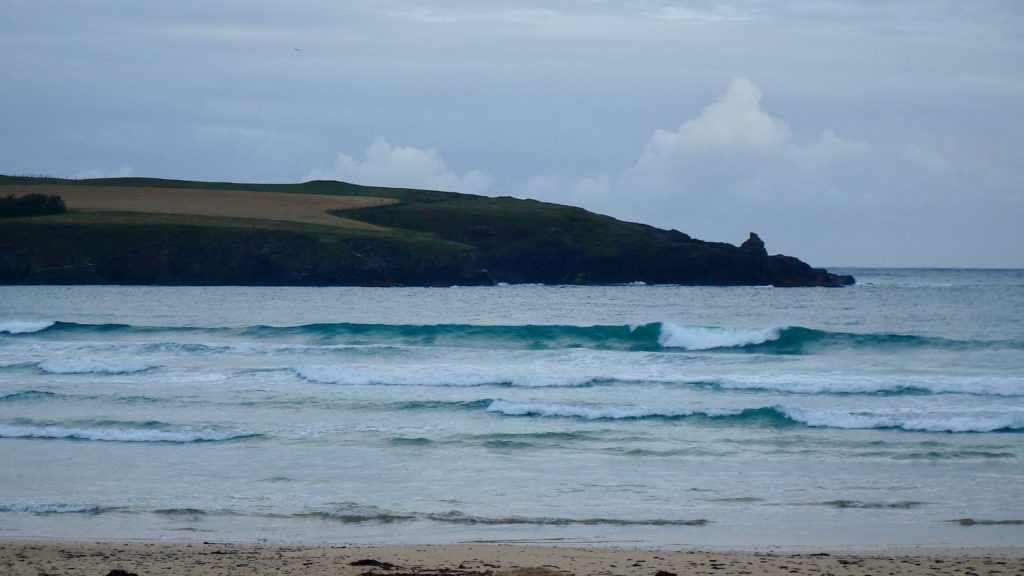 A couple to three feet of slower breaking little walls are lazily pushing into the bay this morning. Those waves don’t have the snappiness of yesterday and it is all a little smaller too but it is still looking fun with half a dozen or so out already and enjoying the odd drencher off The Rock (although there is a fun looking close-out peak in the middle too!).
This is probably the venue of choice for most today, especially for the surf schools and newer visitors and it could get busy now that most of the schools are out, so take a dose of patience with you! 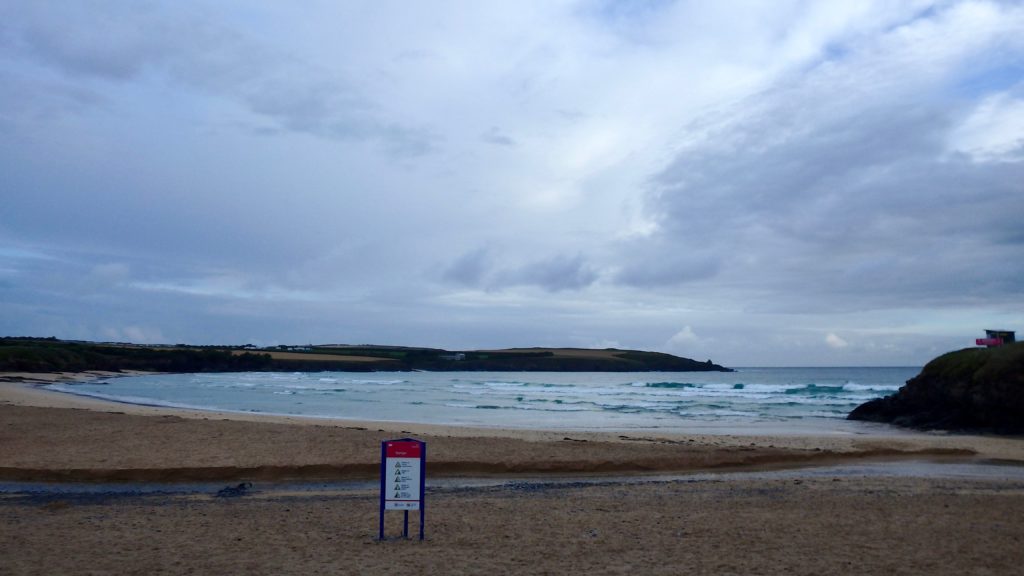 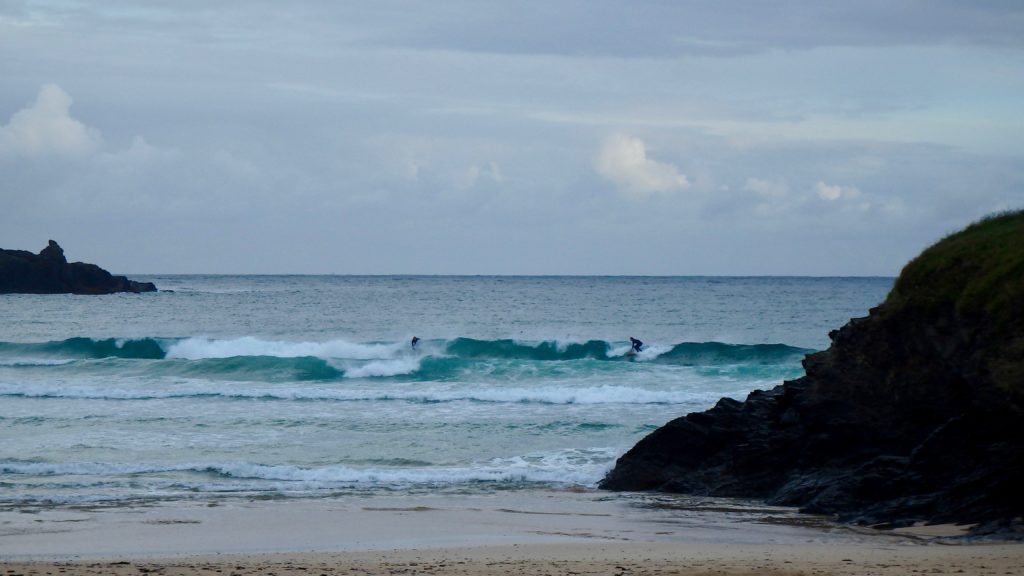 North westerly breezes are going to make it feel a little cooler while slopping the three to four feet of weak and localised swell.
But after saying that, there will be surf and it will be rideable.
So, a day of three foot junk surf is awaiting us but with some sunshine and pleasantness too!

Mainly onshore winds and more mixed weather are going to feature this weekend, that same windblown and rolling three to five foot swell pushing into the bays and coves all along the coast well into Saturday.
The wind is probably going to become too westerly to allow Harlyn to be really good later on but it should start out at about four feet, offshore and hollow on Saturday morning becoming three feet and just about okay through Saturday afternoon, ending up all a bit crumbly and sloppy in the evening rain showers.
The surf is likely to be smaller by Sunday, that wind maybe starting the day in a kinder way for a moment, offshore for an hour or two at the main surf breaks early on but quickly settling westerly again.
So, a mixed weekend of just about okay surf and just about okay weather awaits!
The water is warm and the holidays are starting so have a great weekend, wherever you are and whatever you’re doing!