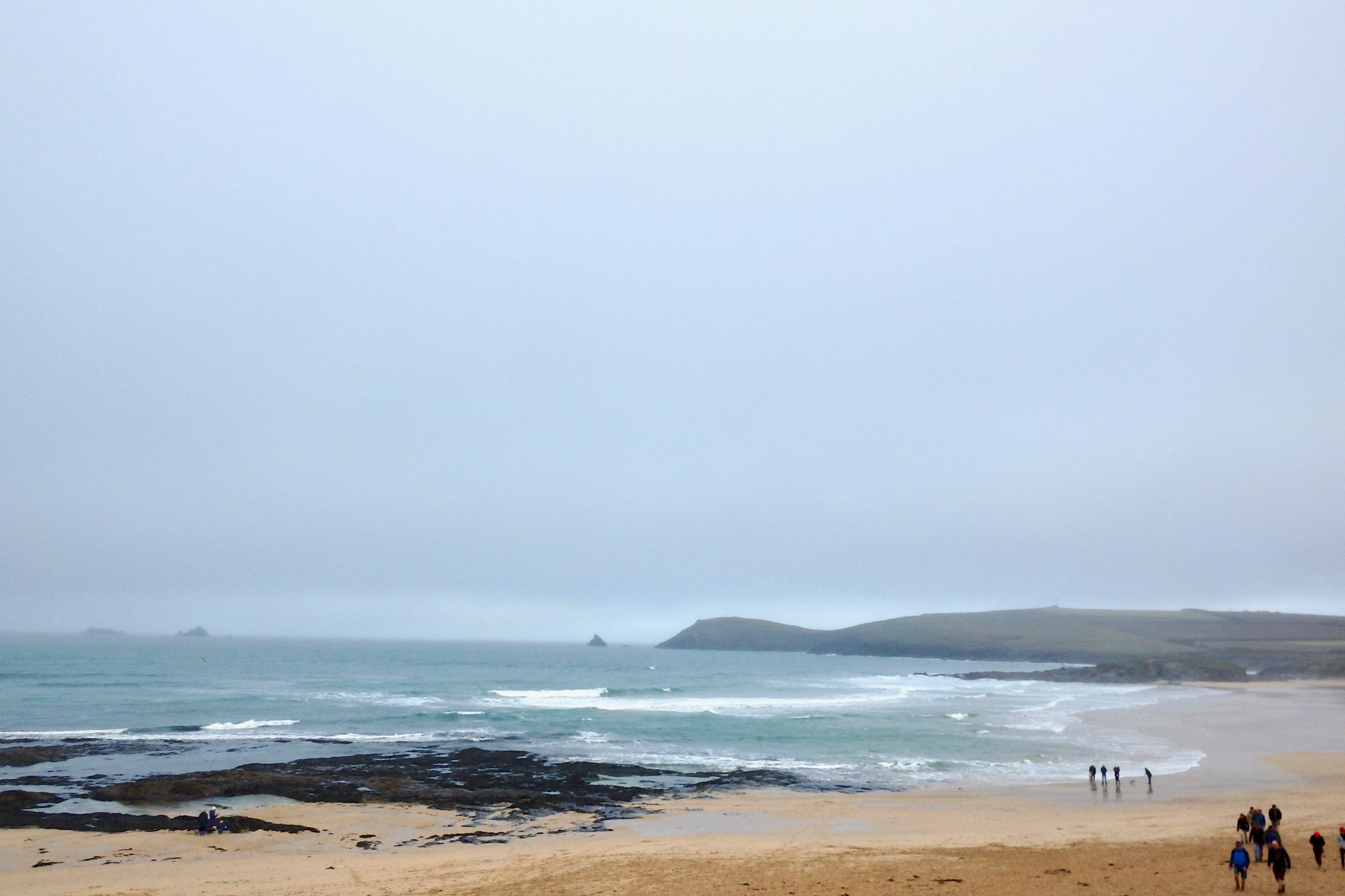 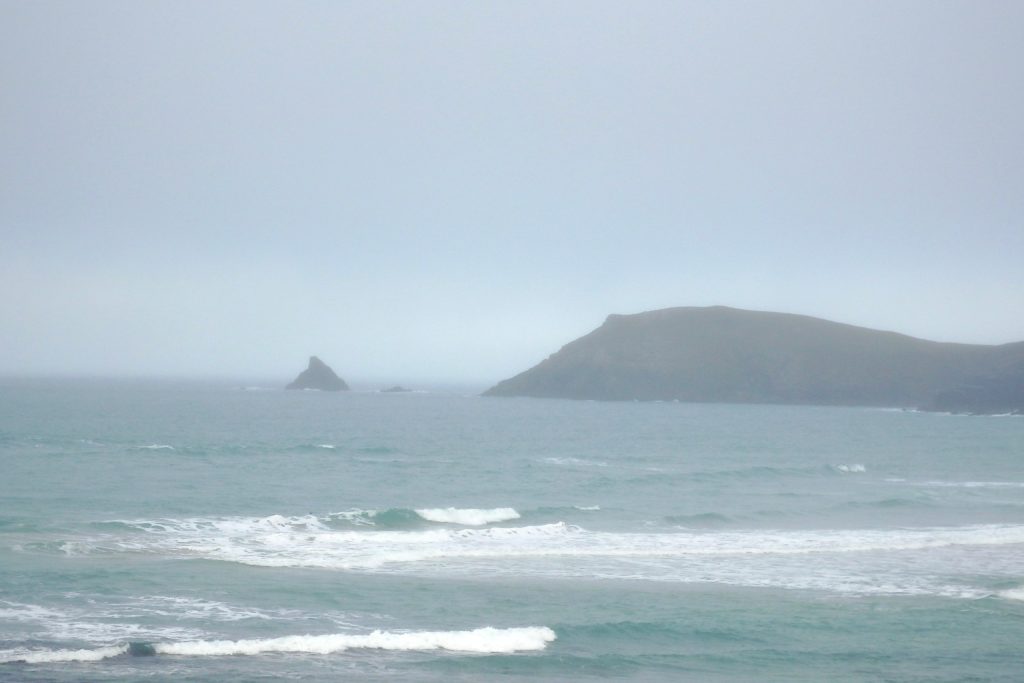 Another late one following more computer glitches and some ridiculous difficulty in uploading the vids.
Anyway, the surf is rolling through another morning of light murk and almost gloom with two to three feet sets of fairly weak looking, crumbly and bumpy little waves, almost tempting.
It is another one of those days when if you have the time you will probably have a fun session with a few mates and come out refreshed and cheered and ready to go!
But if you have other distractions then you’re certainly won’t be missing a lot! 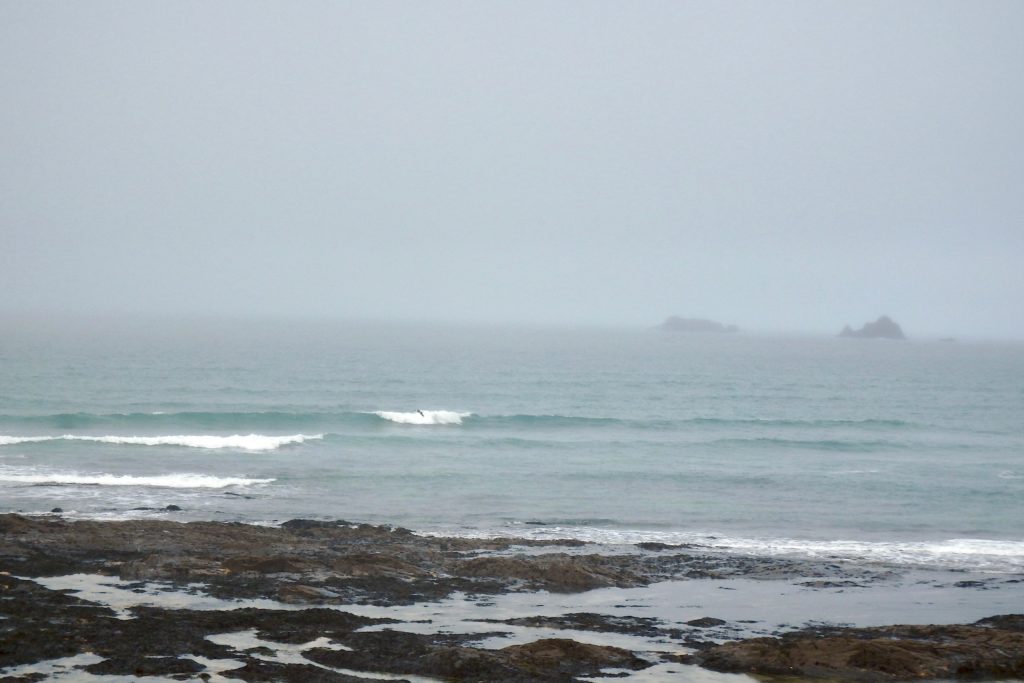 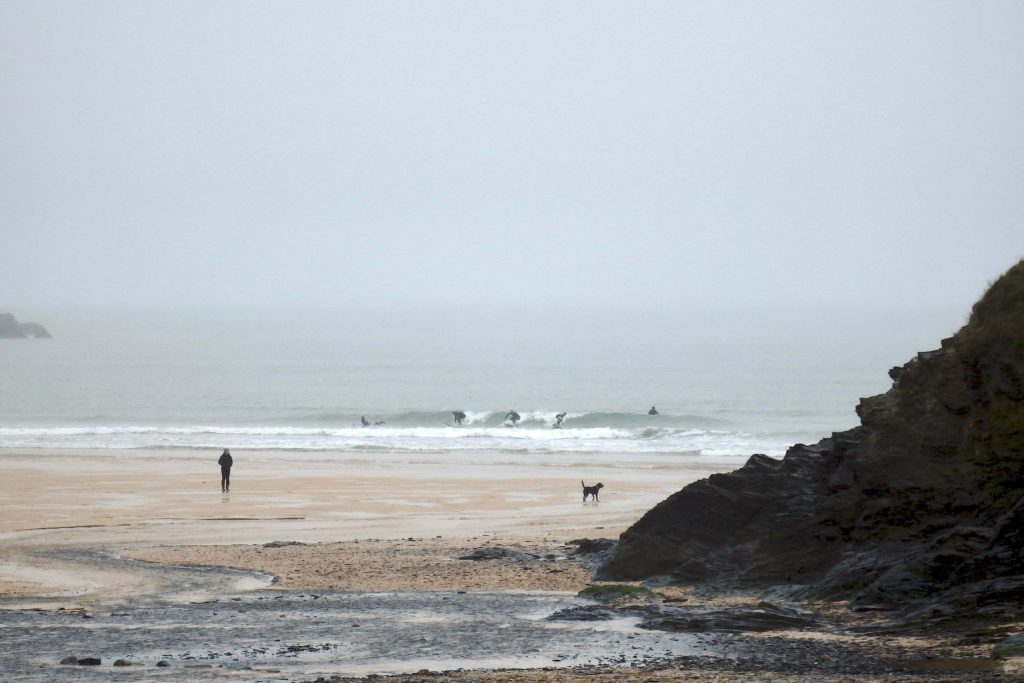 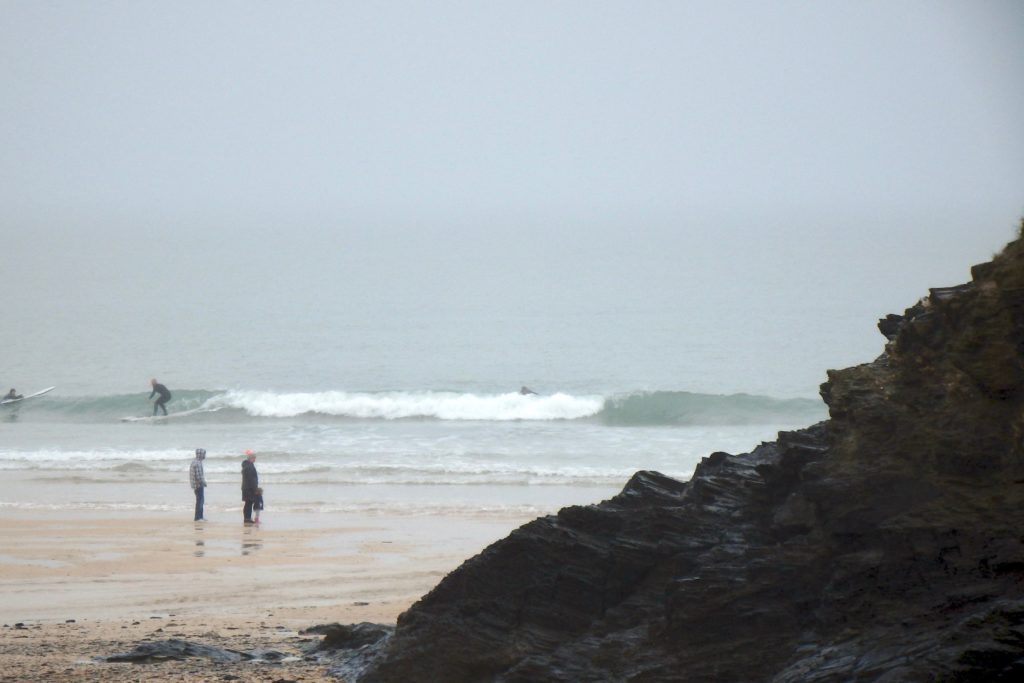 The surf is tiny here today but that south westerly breeze is keeping conditions sharp and clean.
The young ‘uns and the oldies and those who haven’t been getting in much lately will have great time messing around in the one to only occasionally two feet of fun little dribblers.
Keep your eyes on it here over the Christmas period, those waves should increase in size, only gradually but steadily through tomorrow and into Christmas Day. 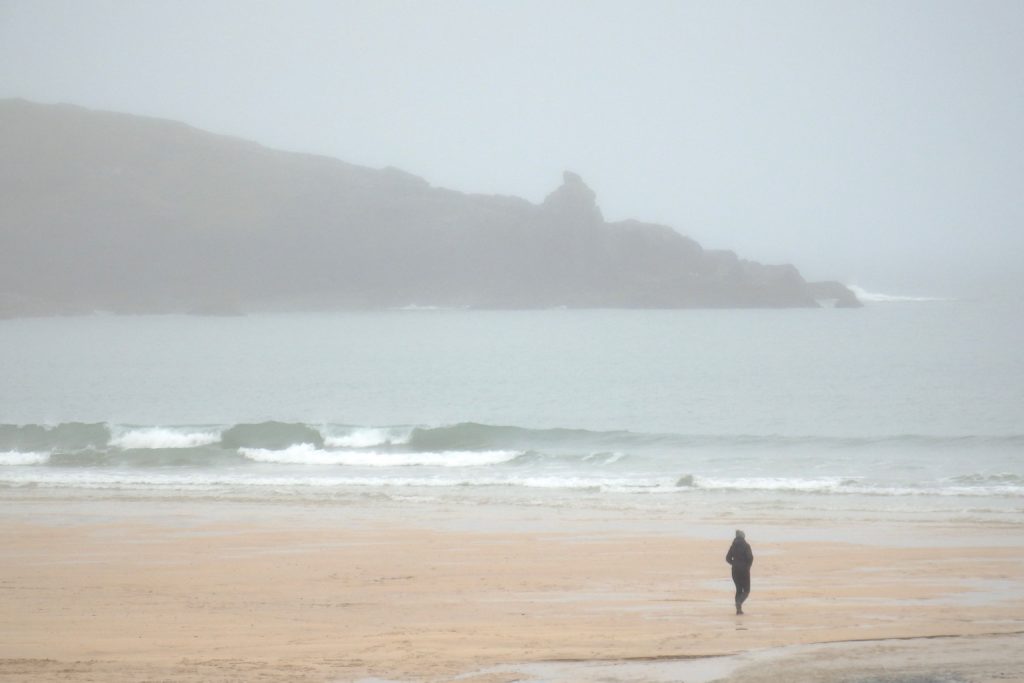 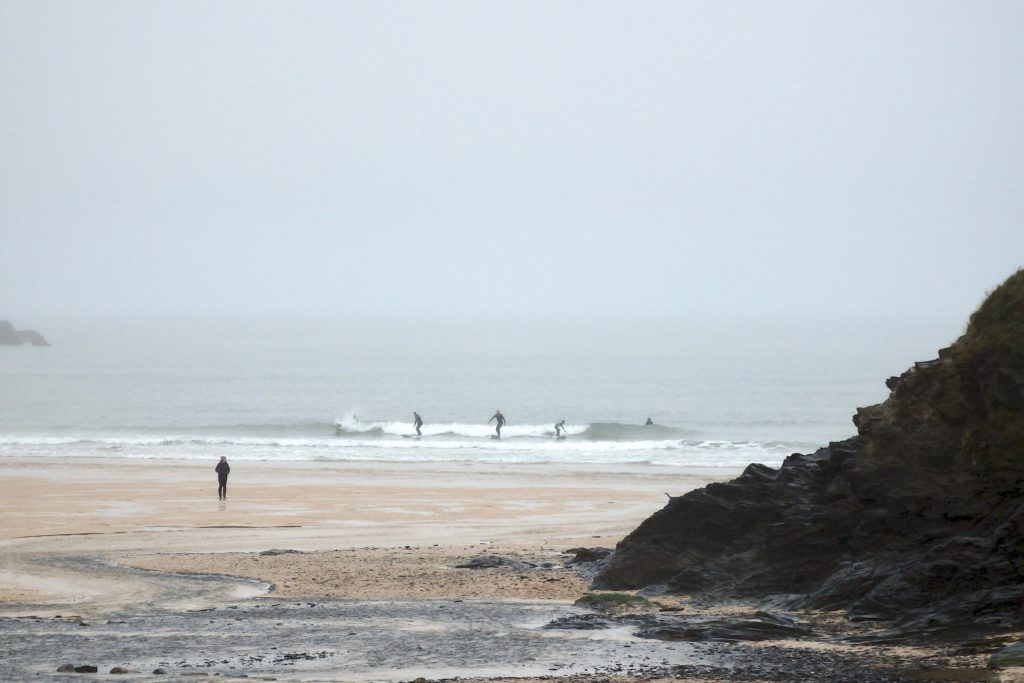 Gusting Sou’ Westerly winds will be huffing and puffing our way, keeping temperatures mild, the air damp and the sky cloudy.
But those winds will gradually push some bigger swells our way, blowing out the main surf breaks while they do it but keeping Harlyn and one or two other spots clean and sharp and sparkling.
Small surf at Harlyn will be beckoning through the morning, getting slowly bigger as the day rolls on.

Freshening south westerly going southerly winds are likely to eventually push away that lingering dullness of murk and mizzle over this festive weekend, although we are still probably going to end up enjoying at least a little too much dampness.
Saturday’s westerly winds are likely to blow a little more surf our way but maybe not enough to get Harlyn fired up properly until later in the day. So a day of surfing two to three feet of fairly sloppy and weak waves might just offer an alternative to last minute shopping.
Christmas Eve is likely to see a more south westerly wind pushing just a little more size into the swell while blowing offshore at Harlyn to clean up those hollow little waves there.
And if you are looking for a Christmas dip on the big day then you are probably going to be diving into three feet of fairly windswept but offshore blown surf at Harlyn.
The main surf breaks are will be most likely blown out completely but those south westerly winds will hollow out the waves at Harlyn.
And then strong westerly to south westerly winds will blow some big old swells our way as we go into the Christmas week’s festivities with six to eight feet of windblown surf building to ten to twelve feet by the back half of the week.
I hear the pub calling already!
Anyway, have the most fabulous Christmas, wherever you may be and whatever you might be doing!