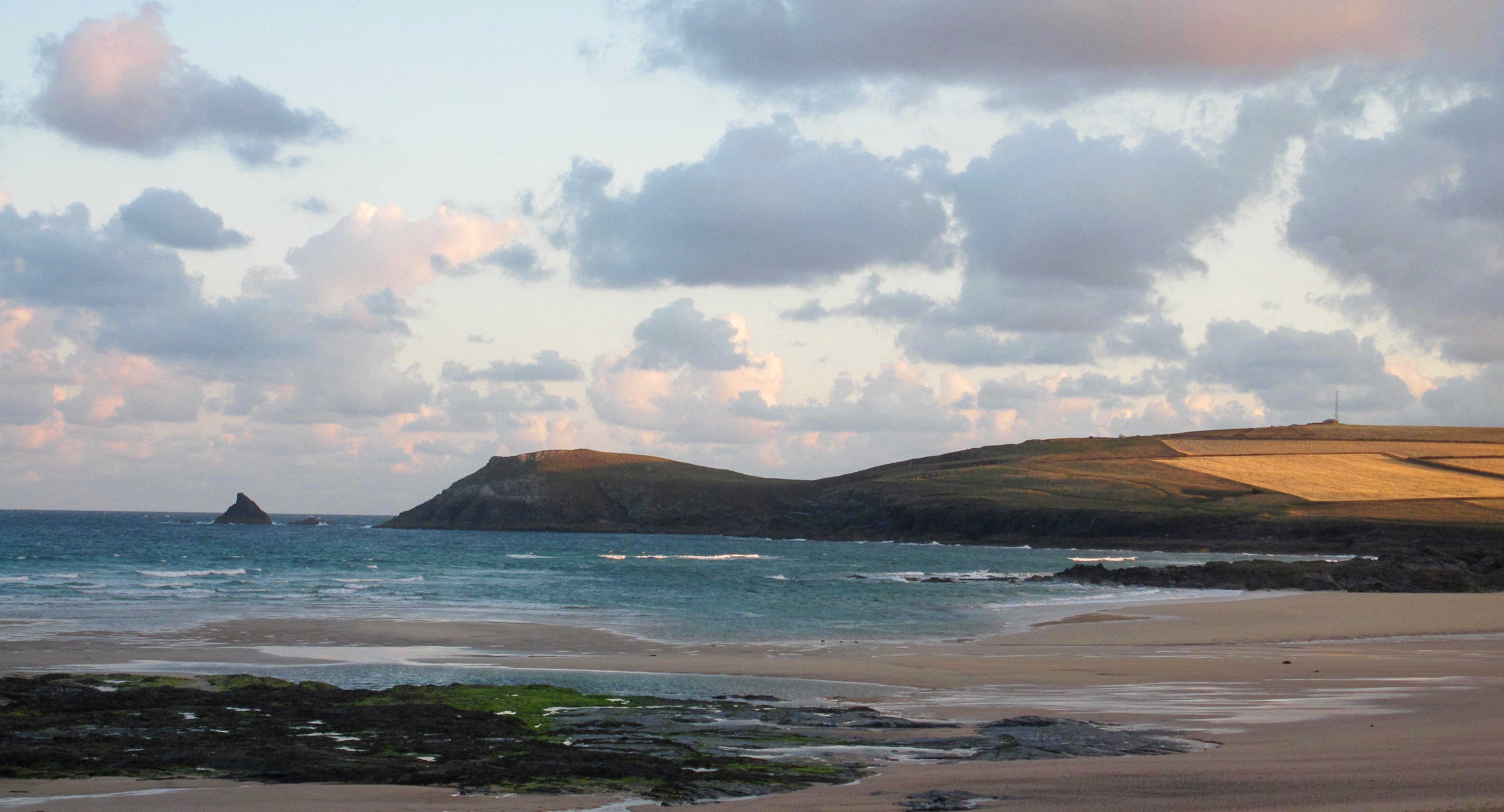 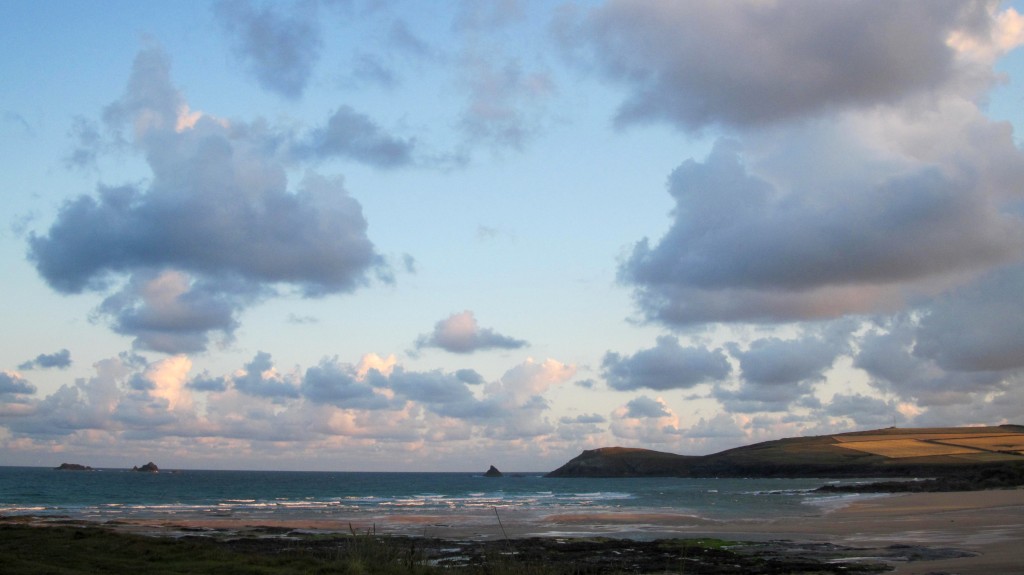 It’s cold outside!
A brisk north westerly wind is tearing into the bay this morning but at least that is pushing away all that cloud along with the wet stuff. The sun is gradually spreading its warmth, lighting up the now green fields along with those blooming hedgerows.
The surf is a bit junk. A foot or maybe two of onshore windswept little waves are stammering onto the beach, a weak splash of close-fetch junk surf.
Things should improve through the morning, the midday high tide offering some shelter from the wind.
But it is still going to be small and weak and bumpy! 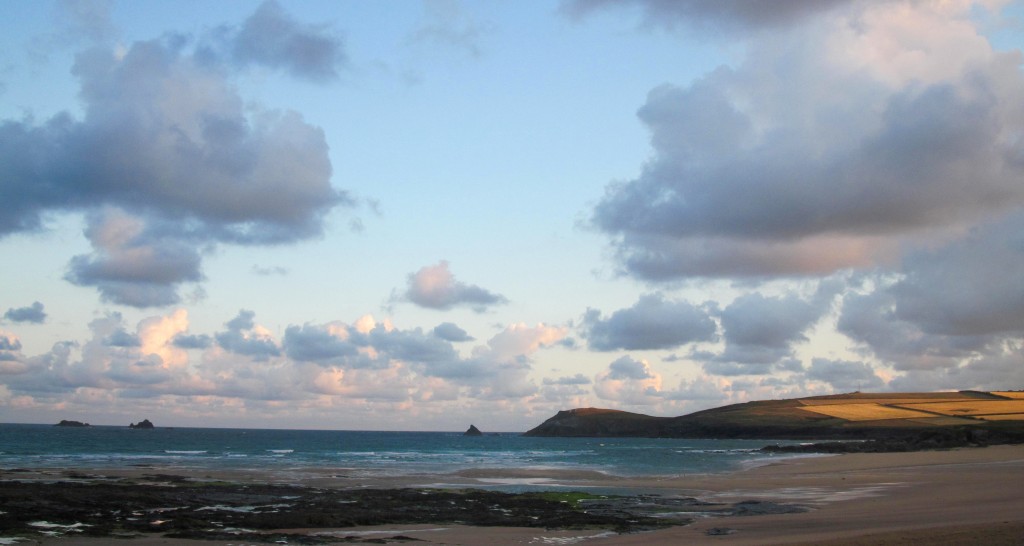 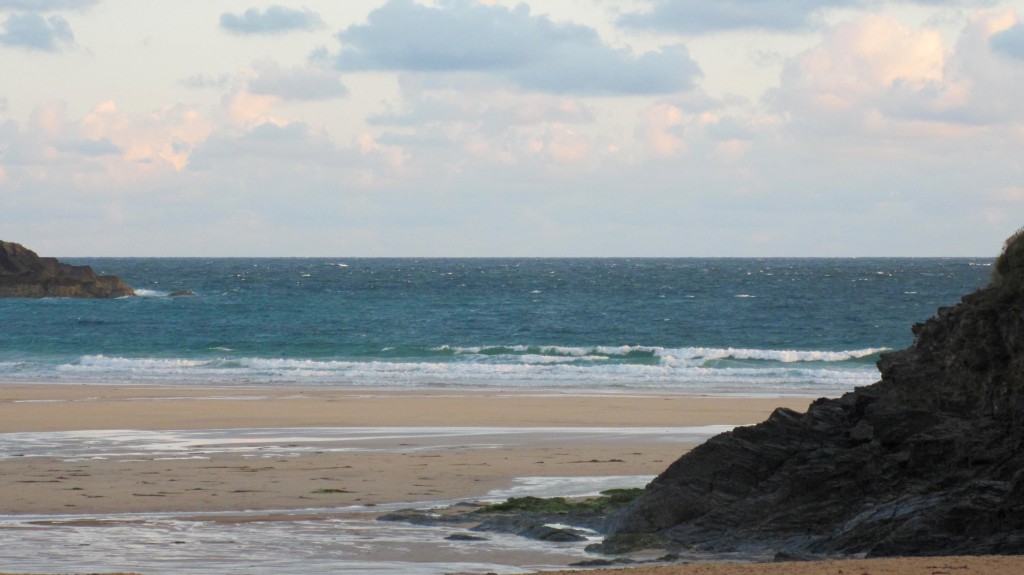 The surf is pretty much the same around here as the other side this morning, except maybe even a little smaller.
The wind is licking in, cold and hard, slopping up the one foot of choppy and raggedy little surf.
Again, it should be better closer to high tide but the wind will still be getting straight on it here. At least the other side should hold out a chance of cleaning up as the tide moves past the headlands. 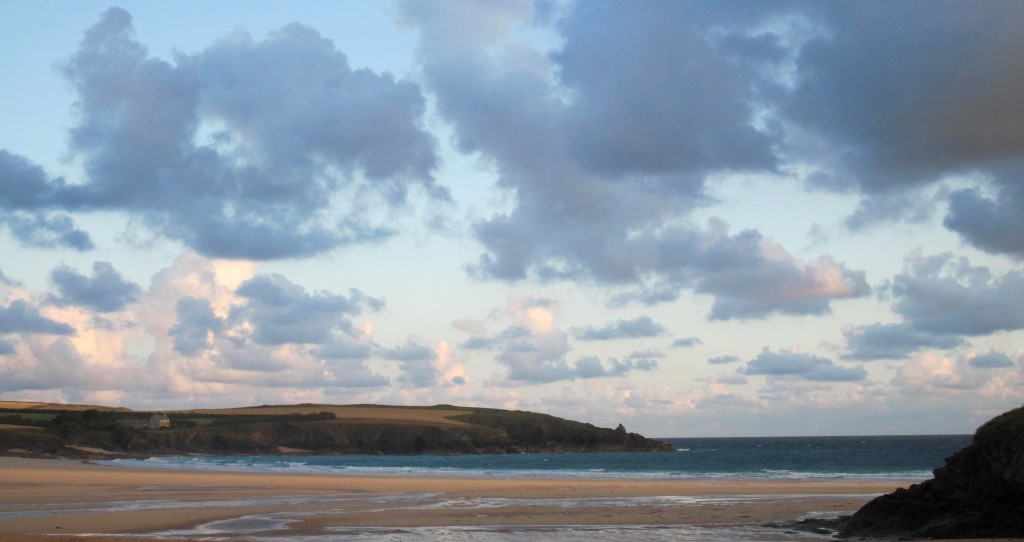 As the wind switches to the south sou’ west through the day, so should the surf increase.
Starting out pretty much flat, we should see a rolling three foot swell heading our way by the evening.
Whether it will be big enough to get any waves all the way around and back into Harlyn, well we’ll have to wait and see but there might be a small but clean foot or so by late afternoon!

The end of the week is likely to be a continuance of the last how long!
By Saturday the wind will have swung back to onshore, a north westerly wind chopping up the barely one two feet of lazy, short period surf albeit in some pleasant sunshine.
There should be more swell growing through Sunday, a brisk south westerly going westerly wind pushing some rolling swell into our bays.
By the afternoon Harlyn should be showing some fun surf, probably a couple of feet and offshore over there. And by Monday the wind is likely to be back to north westerly, the swell reaching into the four to five foot size range but onshore everywhere on this coast!
It could be a day for a surftrek in search of clean conditions at some south westerly facing surf breaks!
Have a great weekend, wherever you are and whatever you’re doing!