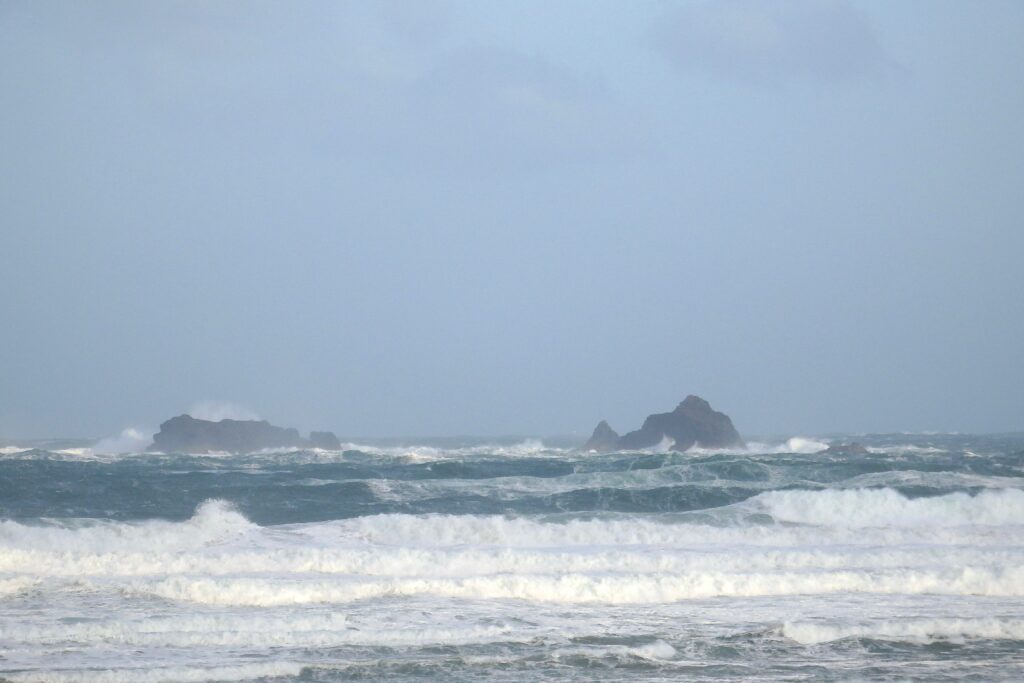 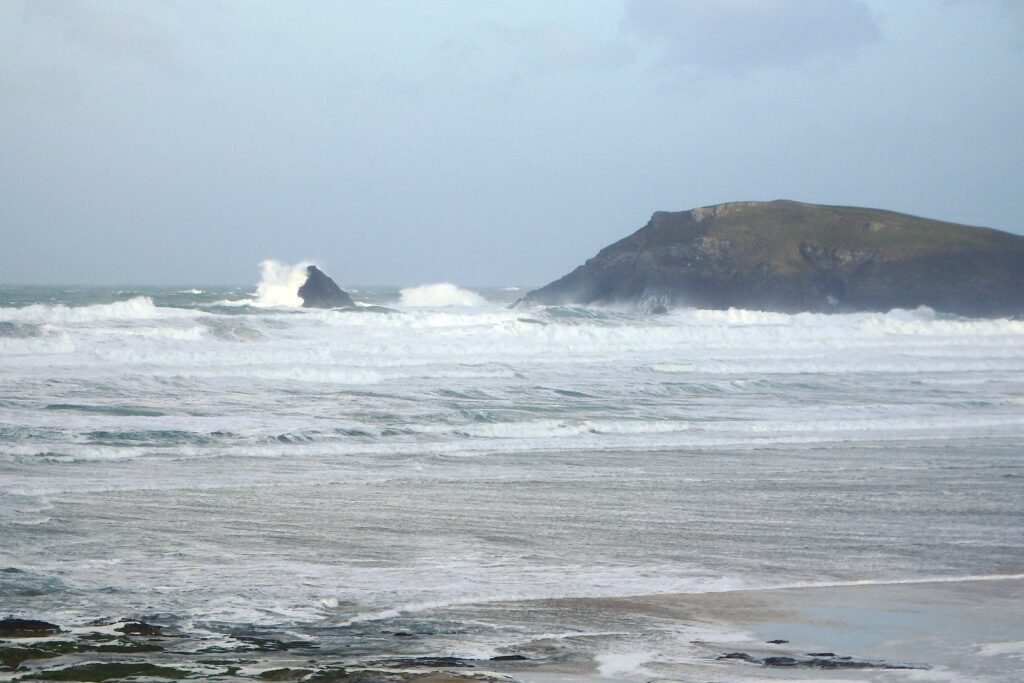 It really is blowing a hooly out there this morning as Storm Hannah strops across the coastline, all moody and magnificent.
The surf is wild and out of control but no less spectacular for that. You wouldn’t want to get too close to it in this mood but there is something irresistible about it all too.
If you are dead set on having a surf today then you’re going to have to seek out those ultra sheltered spots or maybe take a trip to the far coast. Either way, take it easy out there, those waves are powerful! 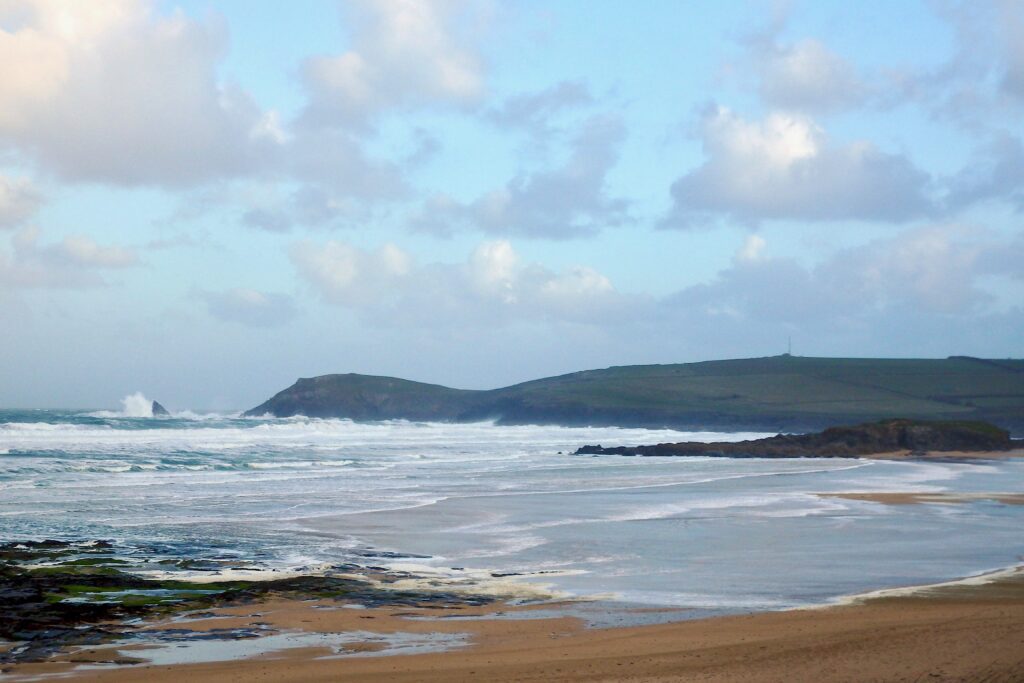 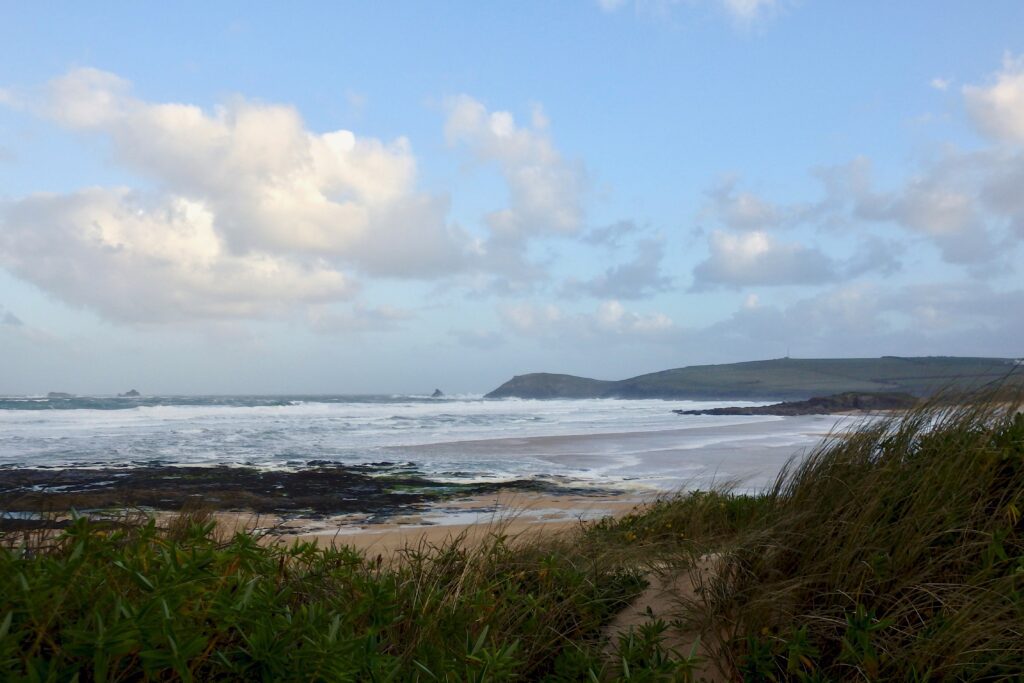 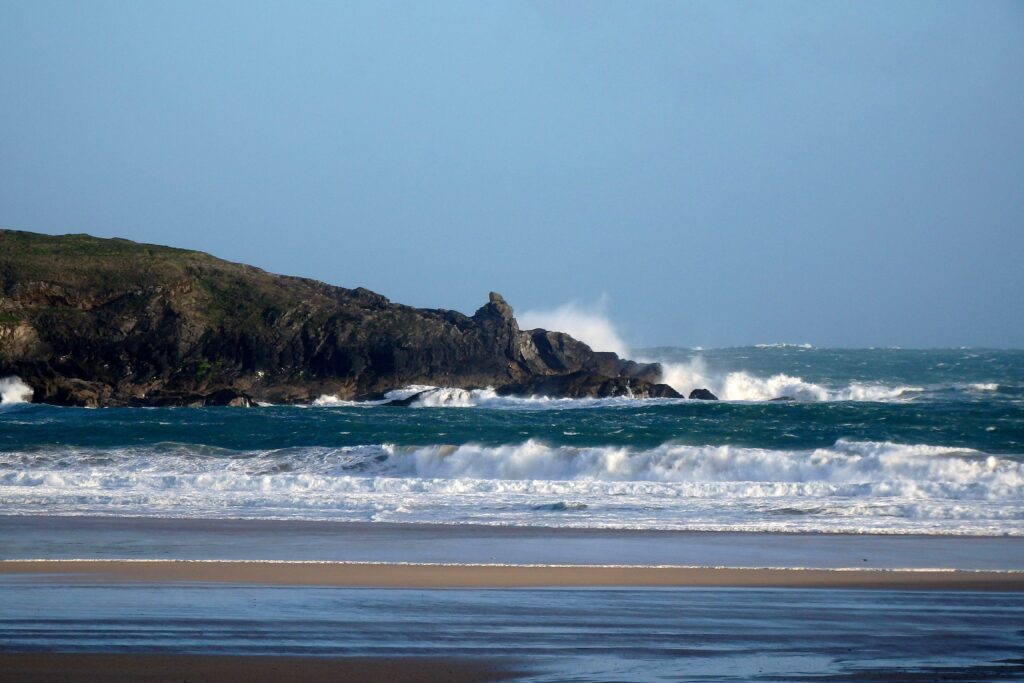 Thick and lumpy storm surf is booming onto the low tide sand at Harlyn this morning, the gale force wind sandblasting the headlands, eye wateringly strong.
You’re not going to find a rideable wave here today, those waves are out of control.
It is wild and exciting though! 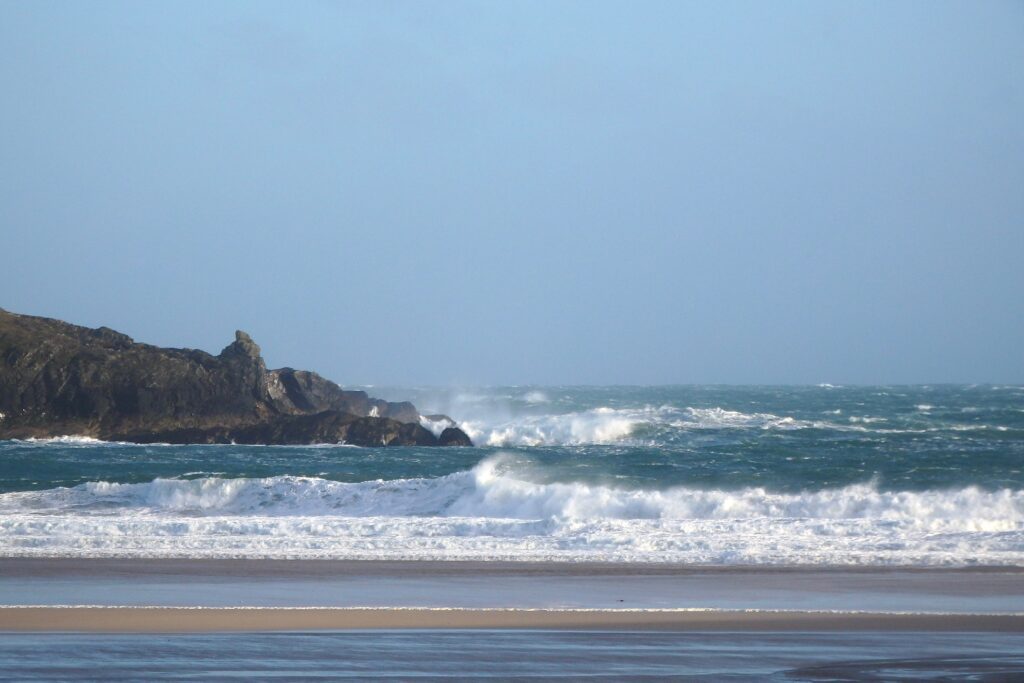 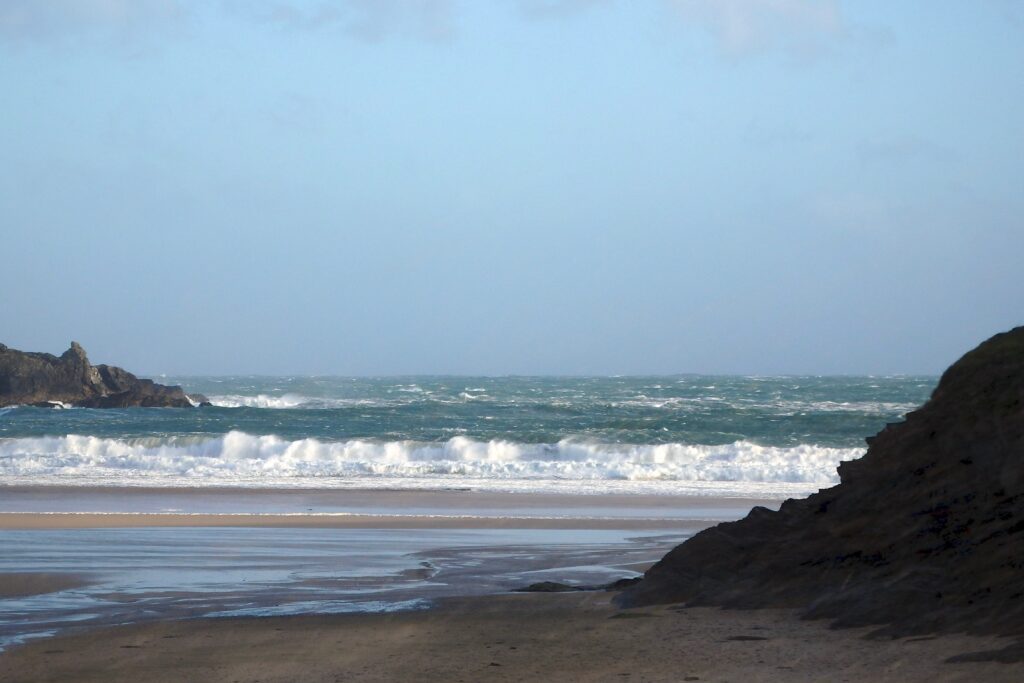 The wind and waves are going to have eased back today but that wind is still likely to be strong enough and onshore enough and cold enough to be very offputting.
Our best bet today is the trek over to the far coast for something much smaller but a lot cleaner and more organised.

It looks as though we’re in for a bright but stormy weekend – a bit of a contrast to last weekend’s holiday bliss!
Westerly and north westerly gales will be blowing big and getting bigger, stormy waves our way all the way through this weekend.
Ten feet plus of out of control storm surf is likely to be pounding the whole coastline as we go into Saturday and Sunday.
So only those super protected, tucked away little spots are going to be coming alive, those places that you often only hear about afterwards – they are going to be the places to aim for.
The far coast could have some sparkling jewels of surf of course, if you know where and when to go
And Harlyn of course.
Harlyn should be big and wild but is likely to be blown raggedy with this wind. The south westerlies of Friday will soon be blowing westerly by Saturday and North Westerly by Sunday, onshore everywhere, even at Harlyn.
Have a great weekend, wherever you are and whatever you’re doing!