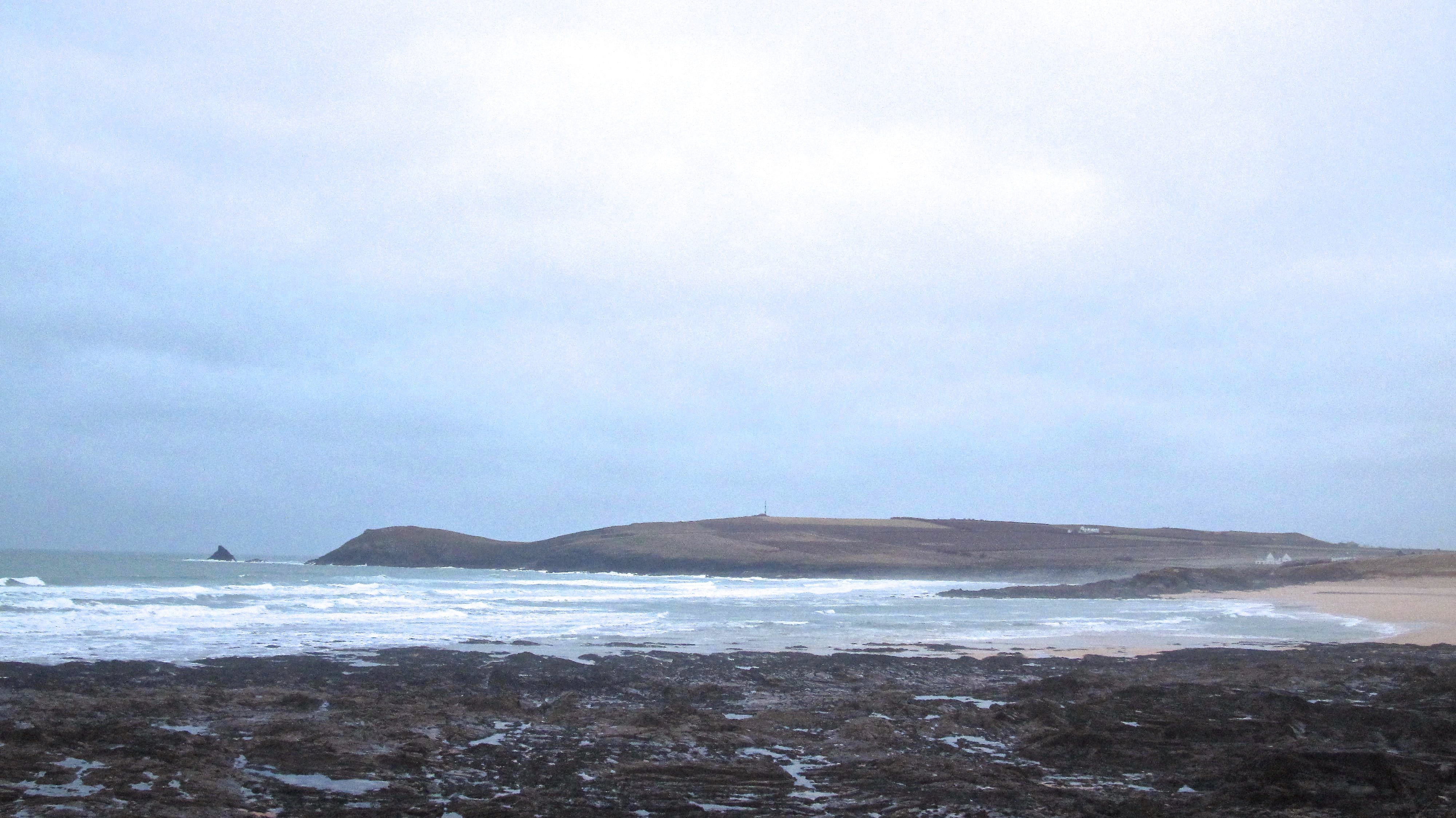 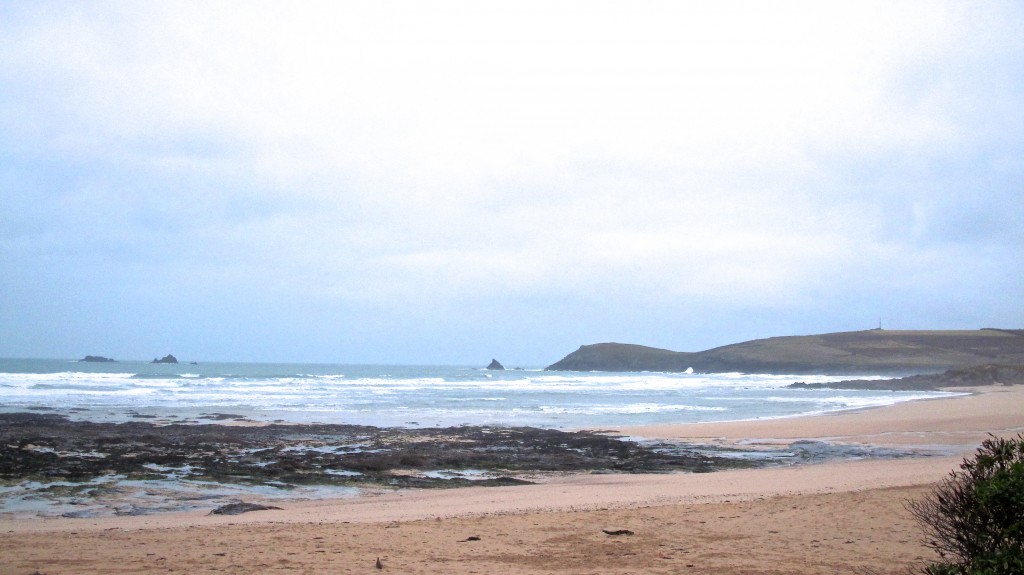 A bright grey morning is waking up very slowly, even the birds having a more subdued chatter amongst themselves.
The wind is just a little lighter than recent days, steadily blowing in from the south west, putting some slop on the four feet or so of swell but allowing the set waves to keep some of their bumpy shape. Yeah, those set waves are maintaining some sort of shape to their swell lines but breaking in hesitant sections, some of the flopping over while others are managing to steepen first.
The forecasts are showing the weather to deteriorate this afternoon but in the meantime it’s okay, a bit dull and uninspiring but mild and peaceful otherwise.
The surf should be much better, if smaller, over at Harlyn….

If you are around this way on the weekend, it might be worth dropping in on us at the shop (the road from St.Merryn down to the shop is open again!).
We are having a bit of a clearance sale of those winter wetsuits that we didn’t manage to sell this winter! They include Xcel and O’Neill winter and summer suits at up to £50 or more OFF and we have loads of sizes at the moment!
Be quick though, word seems to be out already!
Plus we are having another clean-out, getting ready for the fast approaching warmers seasons and so there are going to be all sorts of stuff on sale! Everything from Ts to leashes and boardshorts to jackets, we need to clear some space again! 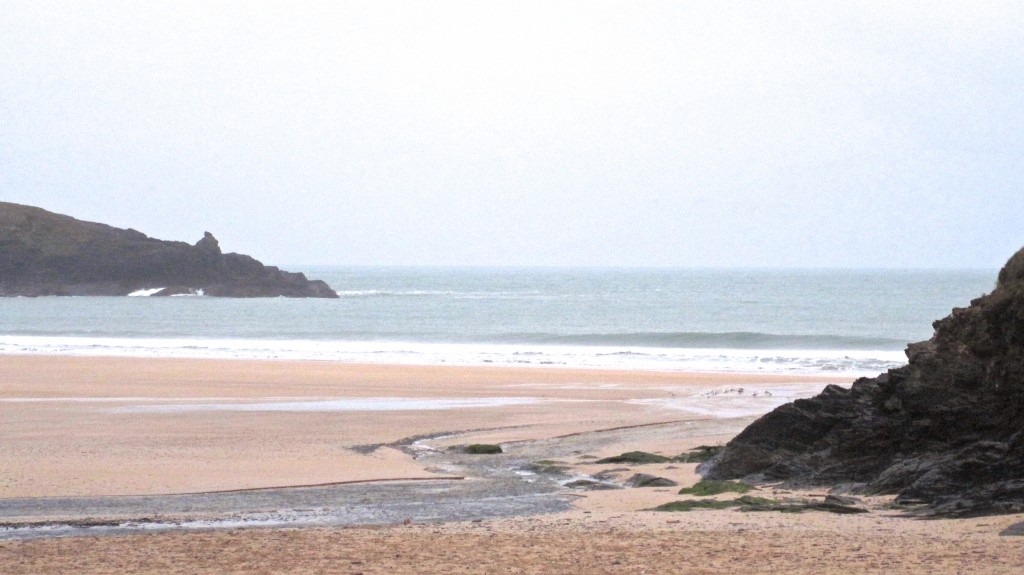 The wind is straight offshore around here this morning and so those waves are clean as they snap ashore pretty much at low tide.
But it is quite small so far. There is a decent two to three feet of offshore glass walling up off the Rock though and it should get better as the tide rises through the morning.
And that tide is still small today, six and a half metres at half one this afternoon, so there should be surf breaking all the way through, or at least most of the way through high.
Yep, it should be fun all day around here although the weather is forecast to deteriorate as the wind picks up strongly later this afternoon. 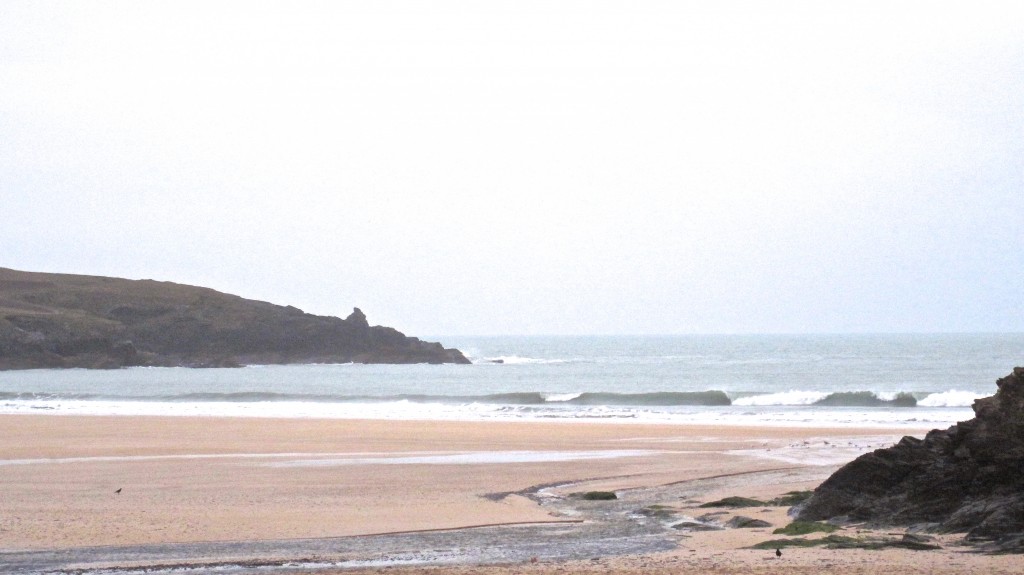 Another Harlyn day awaits, maybe brighter but windier and with bigger surf too.
It should be maybe four to five feet at Harlyn with a vigorous south westerly, offshore wind holding those waves up till the last possible moment before they crash ashore.
Gaping barrels should be waiting for us today, even of they do tend to close out every now and then!

Big swells have been rolling our way since the start of this week, the wind powering through from the west and north west, blowing harder and harder, driving those big, big waves into our craggy little bays and coves. The surf has been big enough and strong enough and it is likely to stay that way well into next week but those never ending winds are going to continue to make it difficult to predict when there might be anything like clean surf around the west facing beaches anytime soon.
South westerly winds are with us through Saturday and into Sunday, allowing Harlyn to clean itself up and start folding those rights off the Rock and while those south westerlies blow, Harlyn should be looking good.
Offshore and three to maybe four feet for pretty much all day Saturday and well into Sunday.
That might just make up for the murky weather that is expected later on Saturday following a brighter and cheerier Saturday morning.
And so these weather patterns are set to continue with relatively mild temperatures belying those brisk and chilly winds that continue to blow. The bright spells are going to rush by in these winds but so too are those downpours!
Have a great weekend, wherever you are and whatever you’re doing!