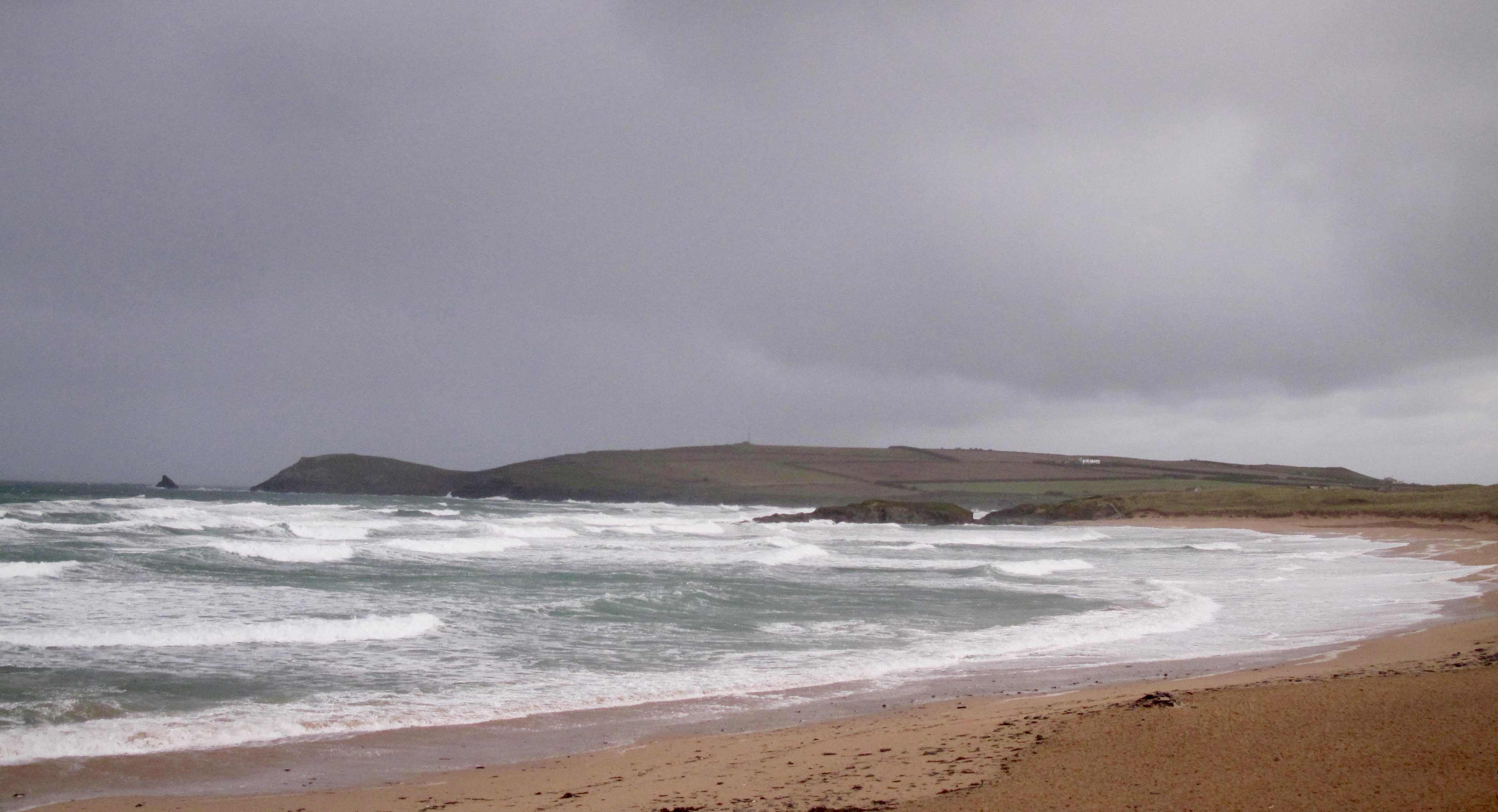 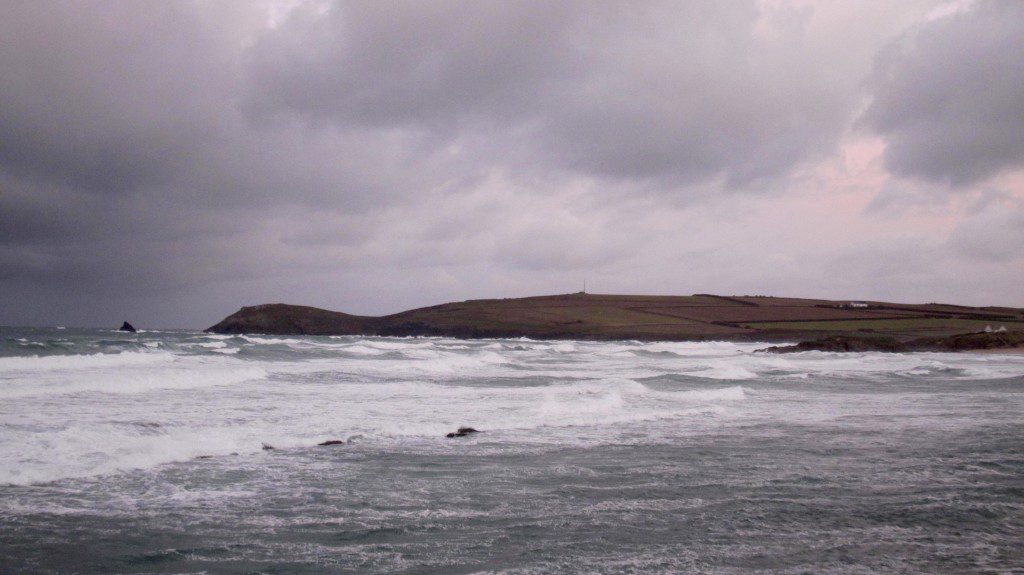 Another cold and stormy morning is blasting the day awake, the wind screeching in from the west, maybe with just a degree or two of south westerly to it. Filthy squalls are depositing a lot of rain while they pass but they are passing quite quickly, leaving some quite bright patches up above.
The surf is a wreck of chop. Six feet maybe?
There’s just a sea of mixed up and windblown junk surf washing around the bay with no organisation to it at all. And it does feel cold too!
Let’s have a look at Harlyn…

If you are around the area this weekend, it might be worth sticking your head in the door, we have £100 off some of our top branded surfboards and are clearing out a whole bunch of summer wetsuits! Plus all the usual T-shirt Sales and stuff! 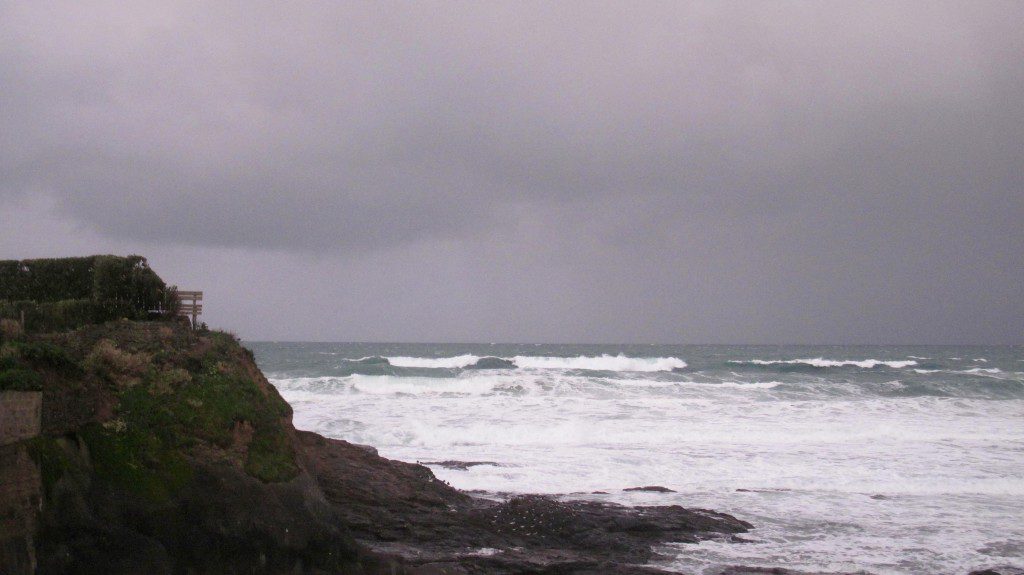 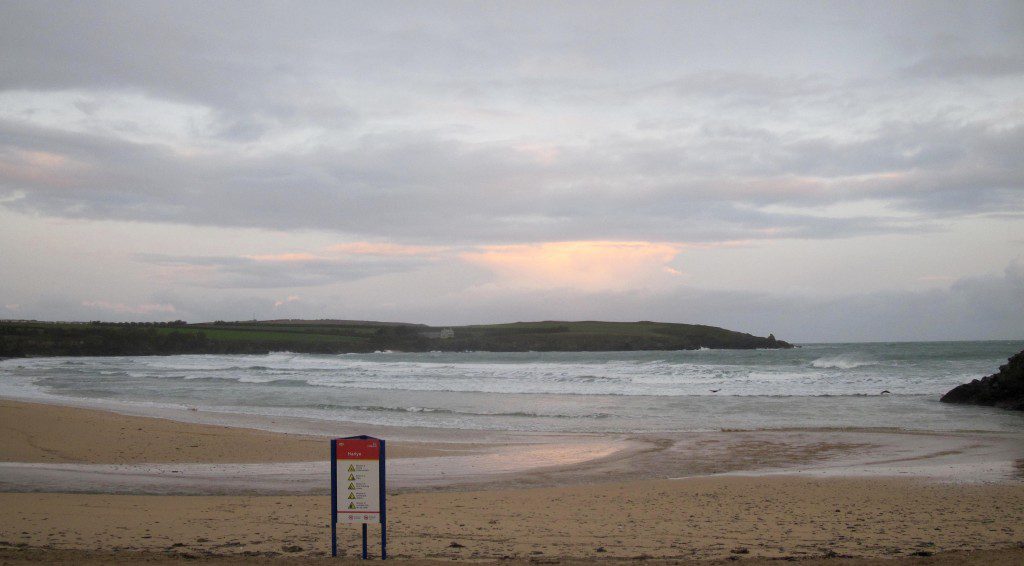 Three to four feet of mixed surf is angrily pushing into the bay at just about an hour after high water.
The wind is fairly westerly but some gusts are just twitching south westerly, helping the odd wave to have just a little more shape but most of those waves are pretty bumpy and lumpy.
Locally, this is the place to be but it’s not great. It should build in size on this afternoon’s tide and that wind just might twitch another degree further south and then it could just be really good! but there are a lot of ‘ifs’ and ‘buts’ and ‘maybes’ on that one.
Still, three to four feet, mixed up Harlyn on a Saturday afternoon can always be fun! 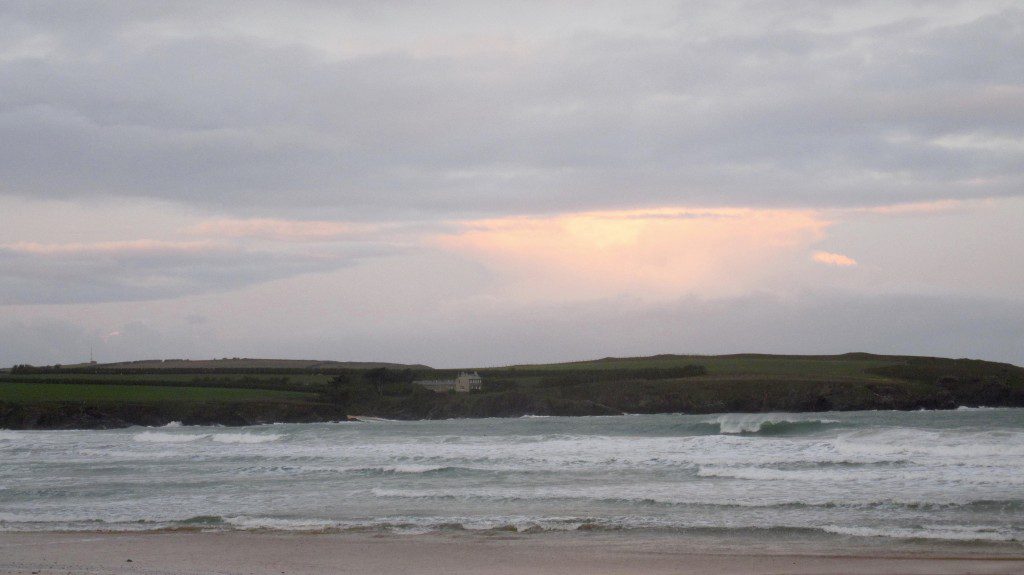 It’s going to be big and booming today!
Eight foot plus, storm blown and angry swells are looking to bombard us all day long, that wind howling in from the west again, hopefully twitching a degree or two to the south west.
Super sheltered spots are going to be the ones to seek out but they are going to take some finding and they are still going to be stormy!
So take it easy, wherever you might go in!

These onshore winds are going to continue to blow all the way through the weekend, the swell building and the temperatures dropping!
Yes, more storms are headed our way with westerly winds blowing and blasting their way through as the weekend wobbles on.
Only the most sheltered spots are going to have anything like rideable surf this weekend with swell sizes getting into the eight to ten feet range and bigger while the wind notches up to 40 to 50 mph., onshore.
Saturday might just have a few hours when the wind eases a notch or two more to the south which would enable Harlyn to strut its angry stuff! But it will still be big and unpredictable!
Sunday is likely to be hard work all day long!
After saying that, big and ferocious Harlyn can be fun and even as the water temperature is noticeably dropping away, it is still (relatively) mild out there. So, if you fancy some cold water drubbings and a few salt water enemas then Harlyn could be just for you!
Have a great weekend, wherever you are and whatever you’re doing!