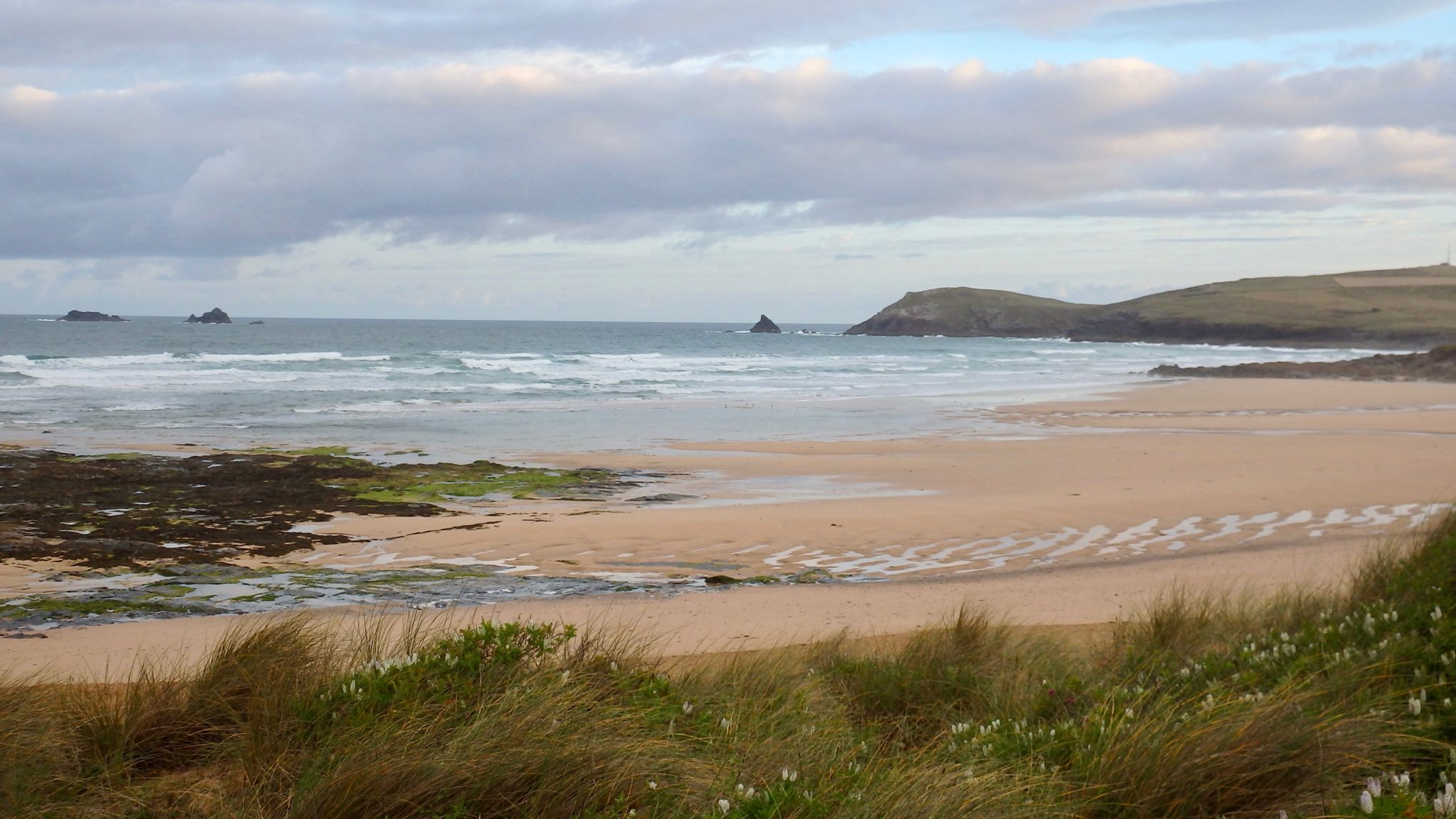 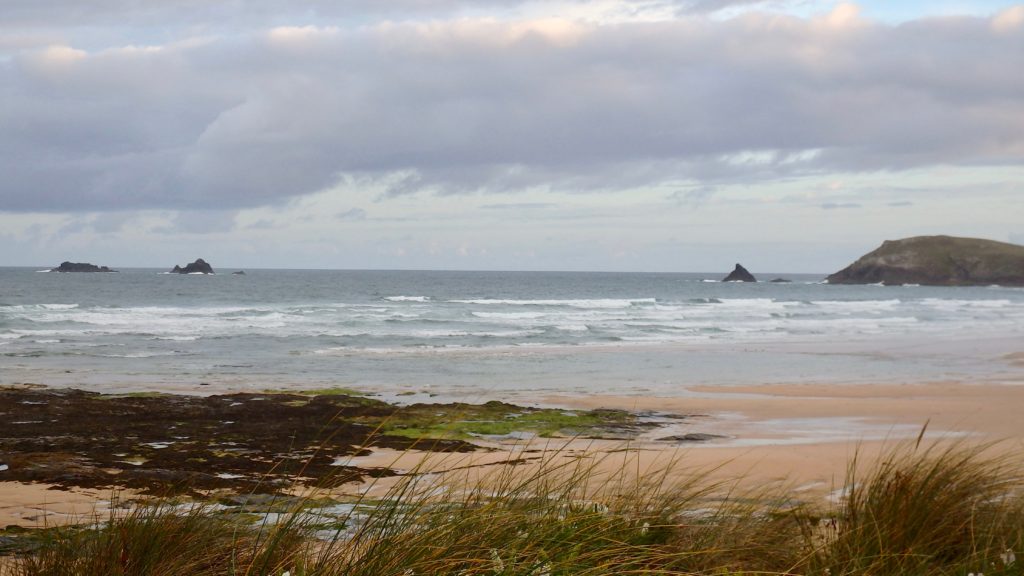 These grey sky mornings seem to be becoming the norm now the schools are out but there is a certain calmness around this morning too, the breeze only light, gently pushing in from the west sou’ west.
Or maybe it just feels calm after last night’s frolics, jigging outrageously at Prideaux Place with a Rod Stewart lookylikey. Either way, there’s still enough strength in that breeze to make the three to four feet of stuttering surf all a little sloppy and choppy.
But we are used to that by now aren’t we?
Surfing onshore junk surf will probably define this summer, allowing the groms lots of air boosting and chop hopping opportunities.
And at least it’s hasn’t been flat! 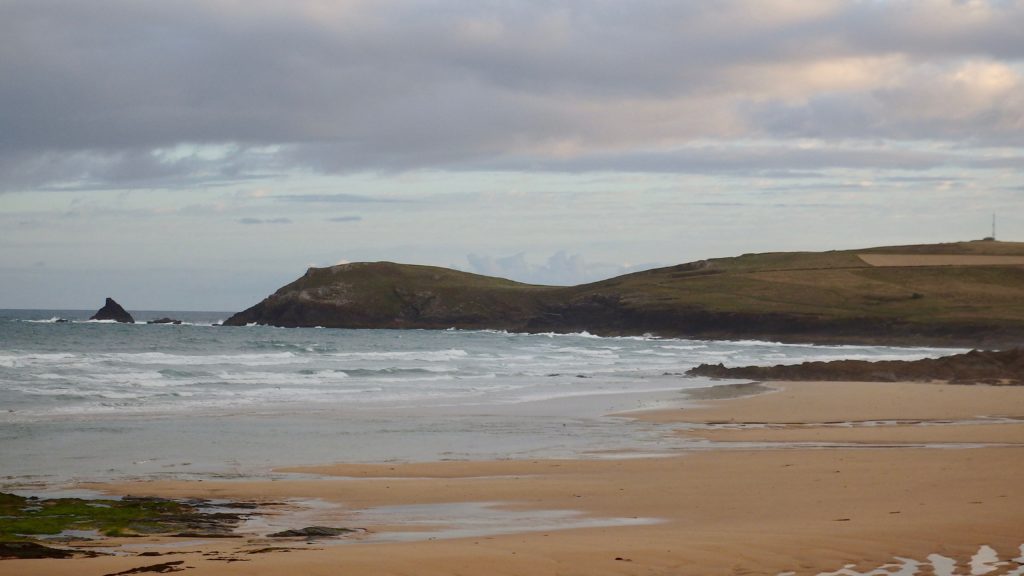 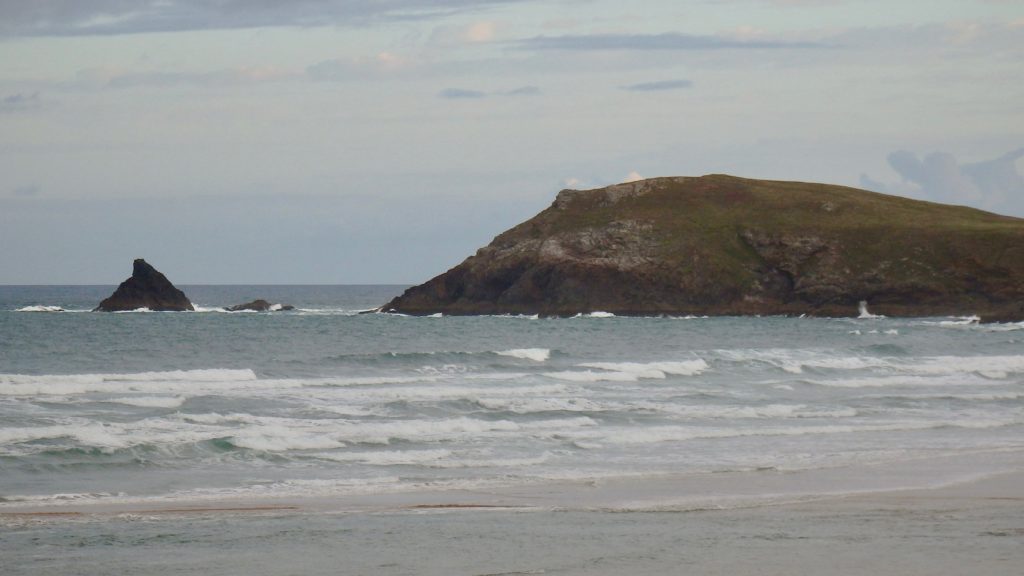 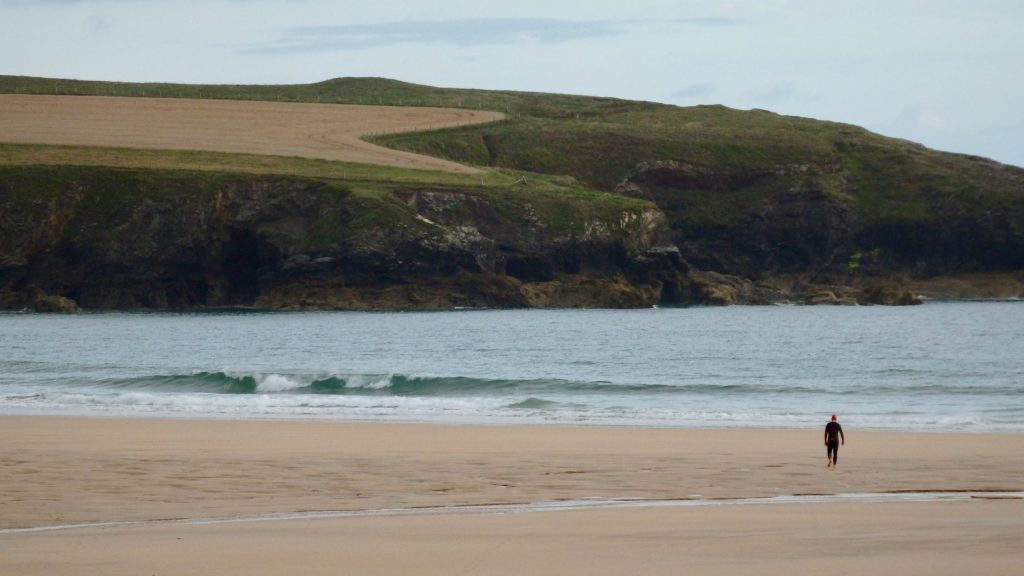 A couple of feet of wind-hollowed and tubular little waves are slip slopping their way to the beach this morning. It’s small but fun looking, maybe snappier than expected, doubling up and thumping onto the sand.
High tide will mellow things out and the breeze is likely to back more to the south making for even smoother and hollower conditions.
So, if Harlyn is your fave wave then a small wave day of fun awaits! 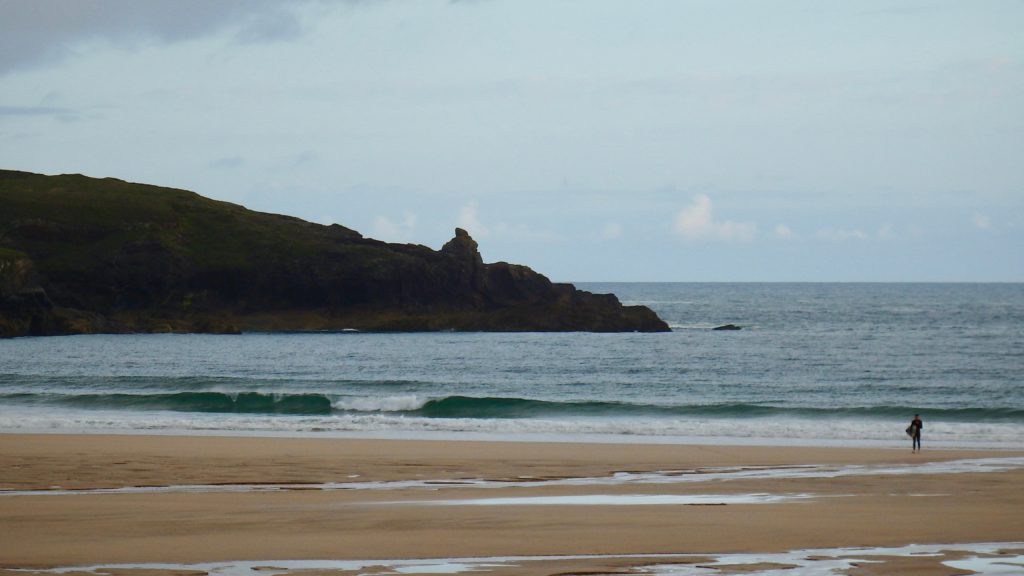 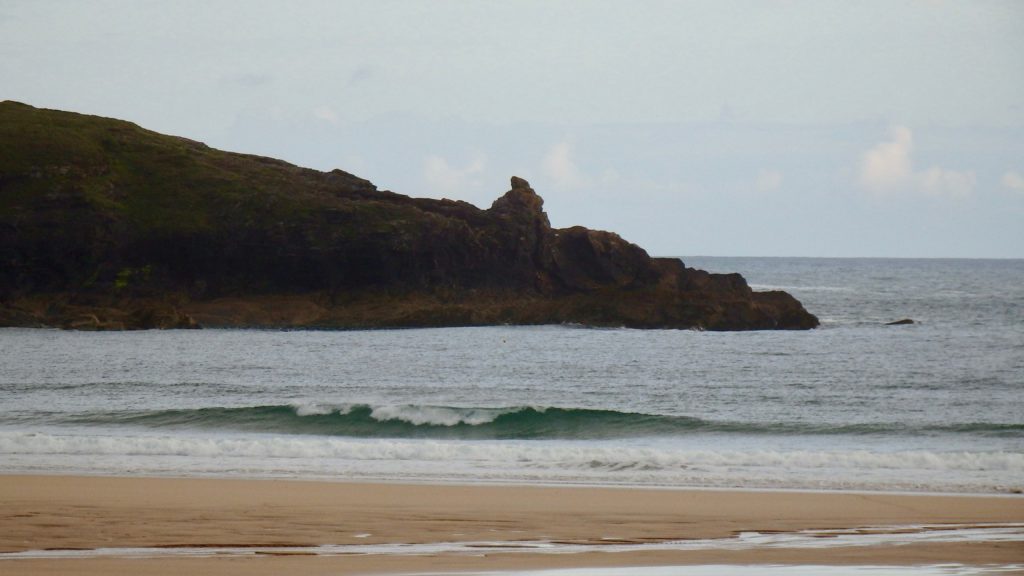 Strong south westerly winds and a three foot swell indicate another fun day of small wave surfing at Harlyn Bay where we can expect some hollow and thumping but maybe real small waves to ride.
With a mainly clear day of mostly sunshine cheering us up amongst the inevitable showers, we should be enjoying a fun Sunday at Harlyn!

These blustery conditions look set to roll through the weekend, the wind easing up through Saturday afternoon but only for a while.
Otherwise we will continue to be buffeted by gusting westerly and south westerly winds, three to four feet of bumpy and windtorn swell being pushed through by that wind.
So we are probably going to be choosing between riding those bigger and lumpier, thicker waves at Constantine or some much smaller but maybe smoother and hollower little barrels at Harlyn.
There might be that few hour spell during Saturday afternoon when the wind eases and maybe backs more southerly allowing the west side of the headland to clean up a little but otherwise it is looking bumpy and lumpy over this side all weekend long in amongst the showers!
And that looks like the way of it well into next week too, those medium sized swells being slopped and messed by mainly south westerly winds.
Have a great weekend, wherever you are and whatever you’re doing!