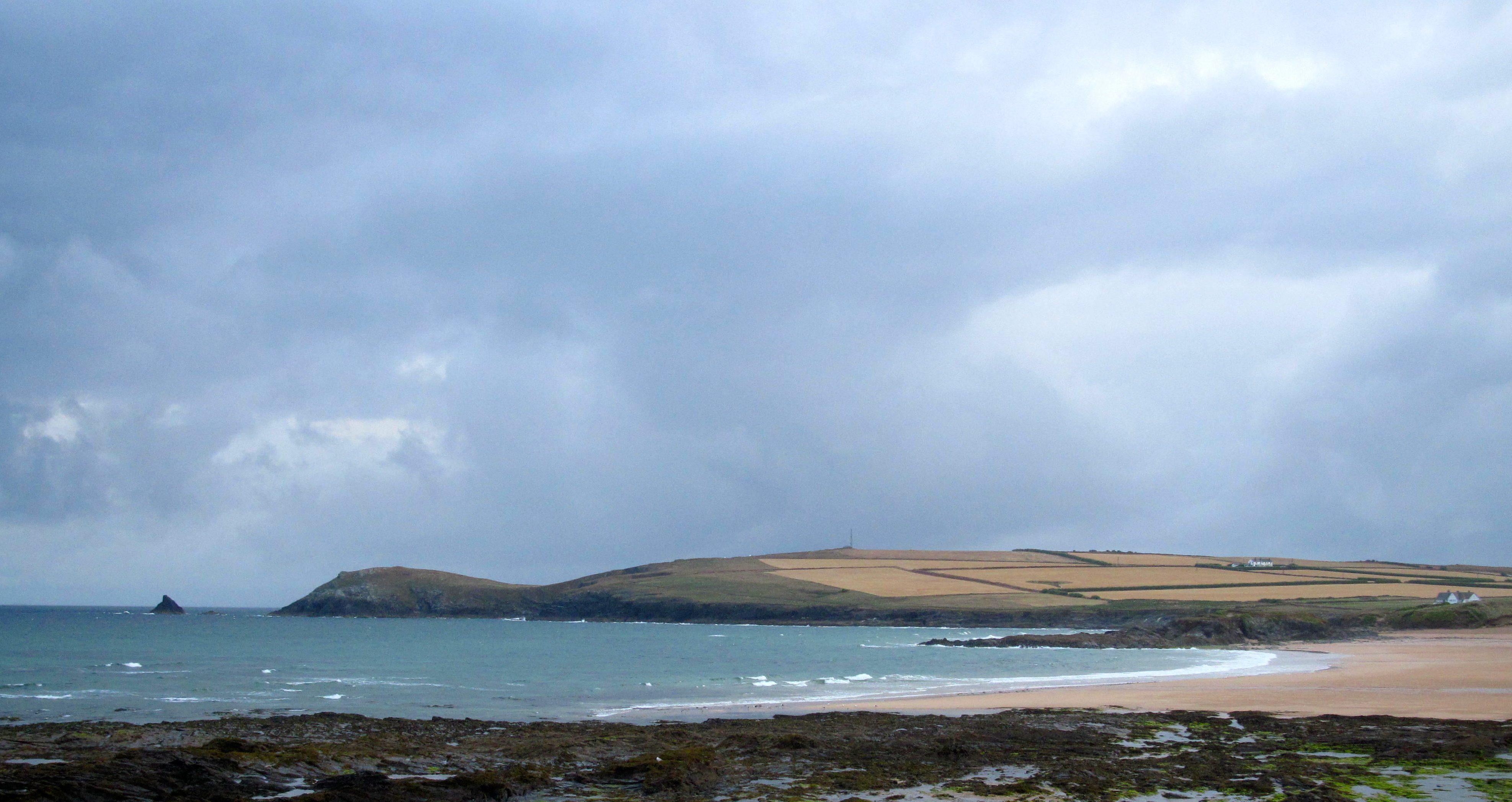 Is that a gentle touch of Autumn I can feel in the air this morning? Or just the freshness of a high summer morning following that stretch of unusually warm stuff?
Either way, there is the threat of a heavy shower or three out there this morning with thick lumps of brooding cloud lumbering about not too far away. But the sun is shining too, those bright shafts of sunshine beachwide and sharp.
The surf isn’t all that, well, it’s barely anything. There are a few wishy washy, shin high splashers washing around the foreshore, maybe just about surfable with a big enough and buoyant enough board if you have one (we rent them if you don’t!!).
No it’s not a day amongst days for surfing but if you pick just the right stage of tide you should get a longboard slide in. And it should build, a little bit anyway, by this evening.
It should brighten up a lot by lunchtime too! 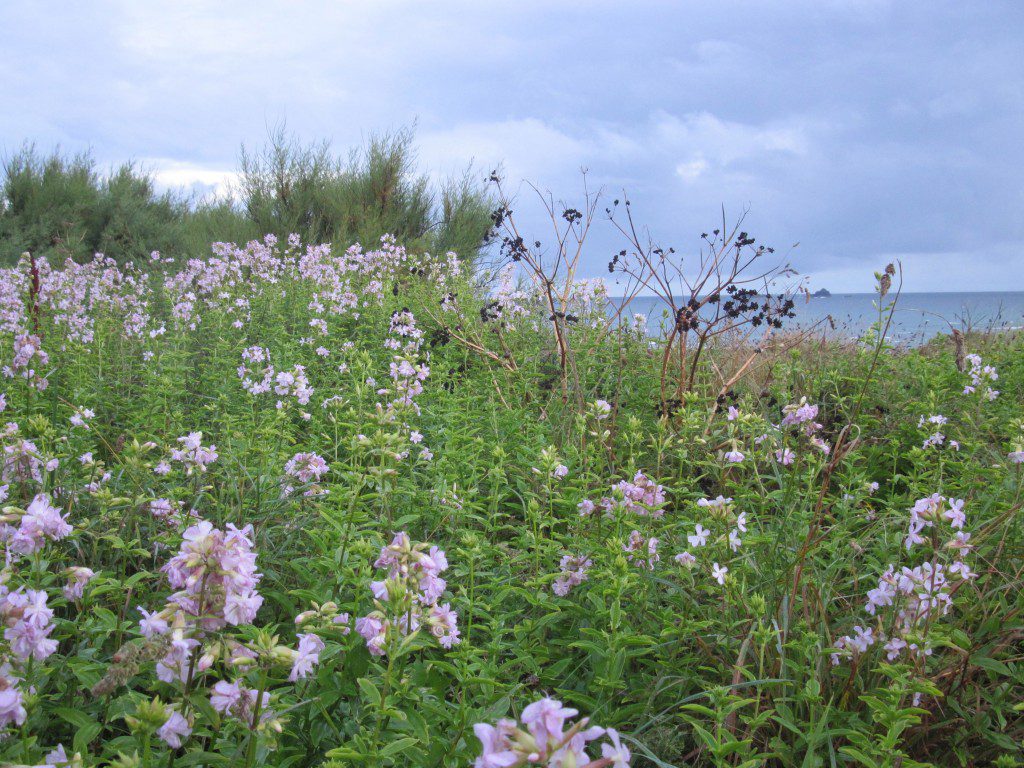 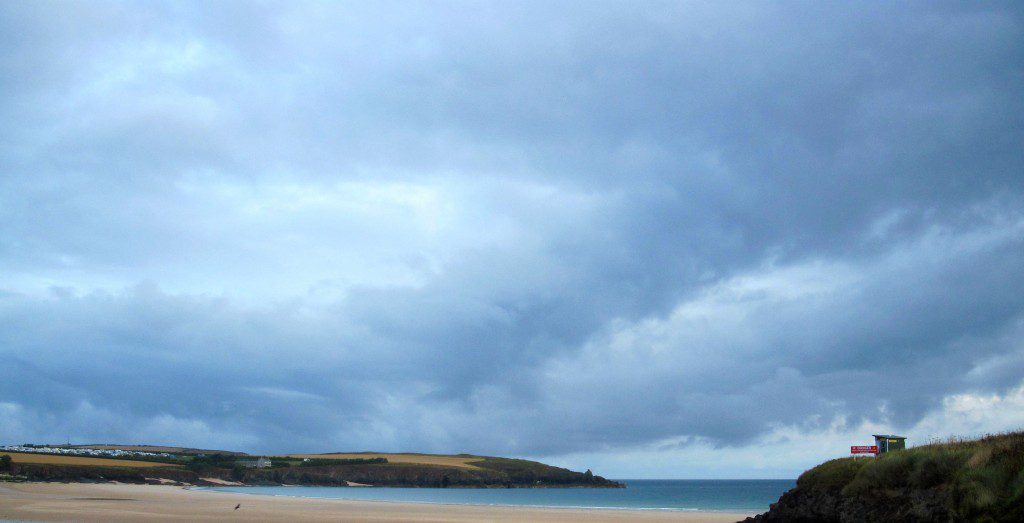 It is as flat as flat can be around here this morning, those sloppy ripples barely knee-high to a seagull!
It could be a good place to paddle out on a SUP or glide a Kayak out for a spot of fishing but don’t expect to ride andy waves here today, even the other side of the headland is tiny!

A brighter and lighter day should show some extra surf!
It’s not going to be big or anywhere near it but there should be a fun foot or two of gentle, wishy washy summer surf.
The wind should stay light and from the south west, helping to blow in that little mixed up and close-fetch swell.
So, a foot or two and choppy on a sunny summer Sunday.
That’ll do.

It looks like we’re in for a cooler and cloudier stretch of weather as this week winds down, the surf continuing to be a bit mixed up and a bit slushy.
Well that’s the met office view anyway.
The reality is probably going to be just a bit duller than it has been with the odd bit of dampness in the air, that low pressure system that was heading our way now choosing a different track and probably veering to the side of us, just brushing a little dampness our way but nothing too annoying.
There are a few fronts that are likely to bounce over us through the back half of the week and that will mix the weather up but should also push some mixed up and mainly small surf our way.
So, we are looking at a couple of feet of mixed up and mainly summer surf as the week winds down, the weather brightening up again for the weekend but the surf staying pretty much the same throughout at a couple of feet and a bit sloppy.
The weekend is promising lighter weather while the surf is likely to be staying pretty much the same, just enough to tempt you in without being too promising. And that usually ends up being better than you would hope for.
Have great weekend, wherever you are and whatever you’re doing!