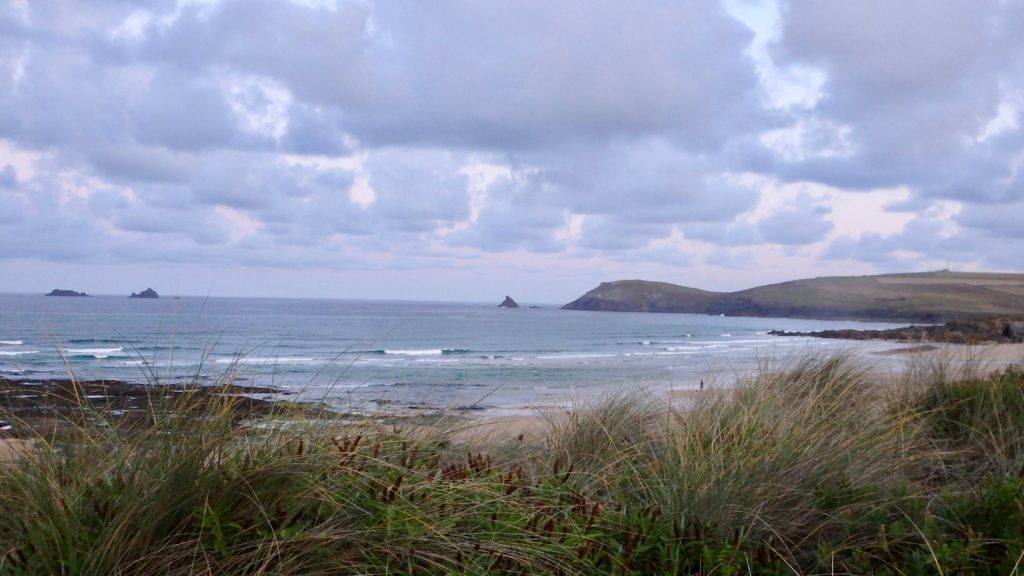 It might be a bright and calm, very pleasant start to the day but you just can’t help noticing how much the temperature is dropping as Autumn starts approaching.
But we love Autumn in the surf world don’t we?
Those September sessions when the beaches quieten and Autumn swells start to roll our way. The light tingle of cooling waters but the chance of some still warm sunshine.
And today we could just see the start of some pleasant swell action along this coast. It might be later this afternoon but the swell period should open out to a full mid-teens, allowing some strength and solidness to be present in those not big but solid waves.
Right now there’s a couple of feet or so of okay shaped but fairly weak looking little waves pondering where to break this morning. The breeze is actually south south easterly although the weather sites are showing westerlies. Let’s hope it stays more south and east!
Give it a few hours and those waves will have much more strength and direction to them! 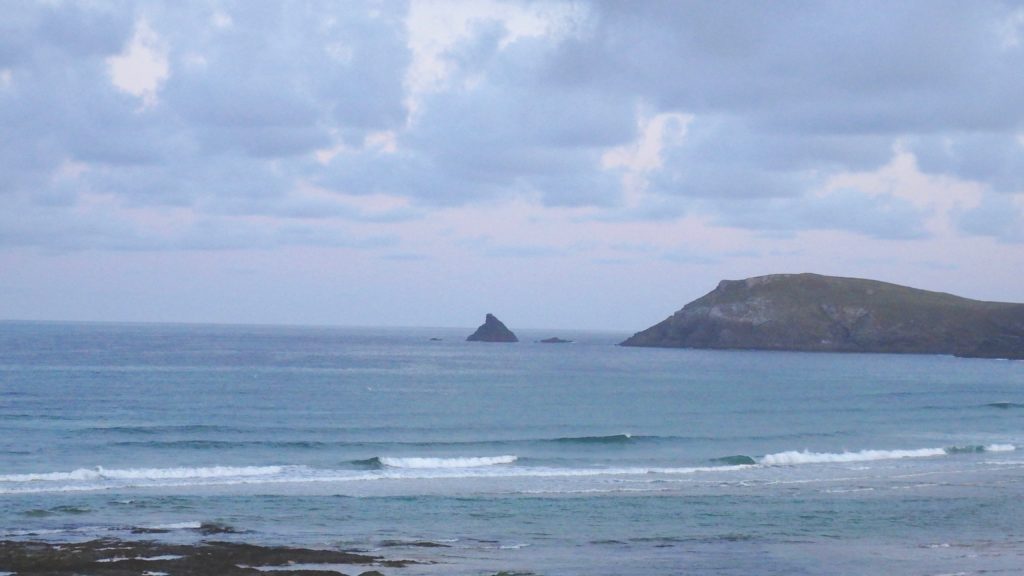 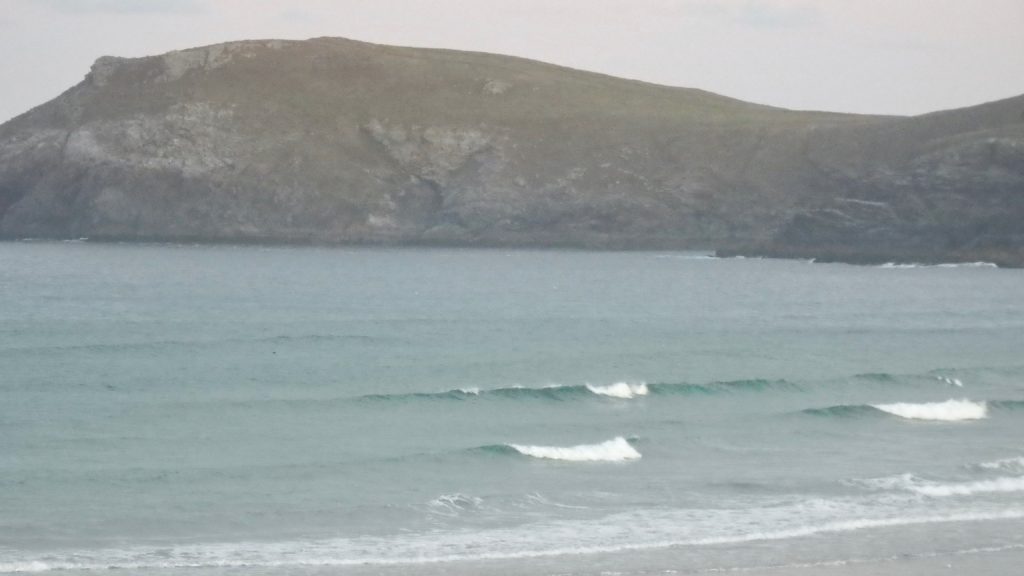 It is pretty much flat here again today, the ruffle of the breeze just tussling the sea’s surface, that sun illuminating some early morning cloud bundles.
We had thought that we would see a strengthening of the swell, enough to push some waves into here but it now looks like that won’t happen. Or, if it does it will be later tonight, probably in the dark.
So it looks like a sloppier but more solid surf over on the other side of the headland for us today! 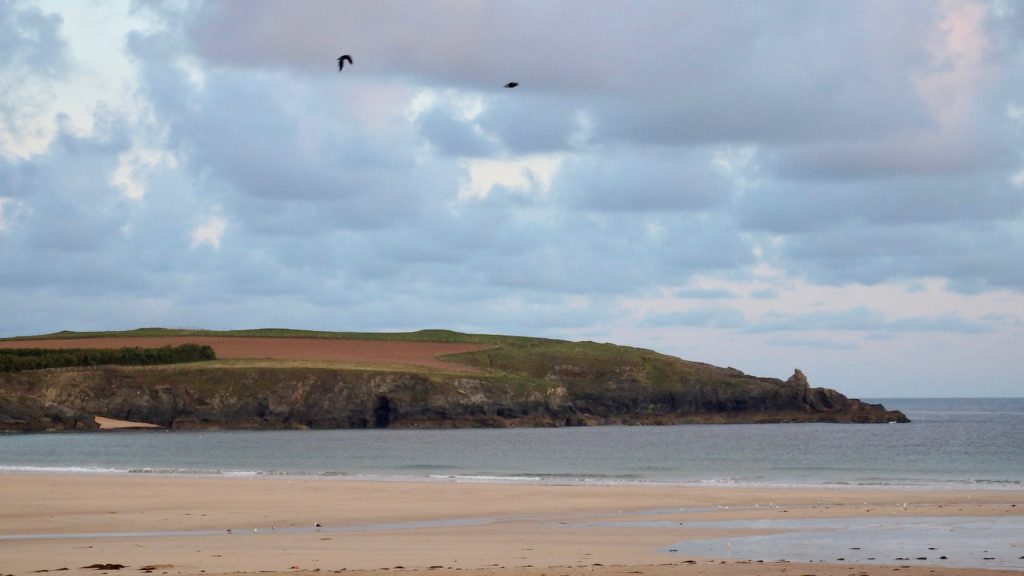 Ah, how fickle these swells and winds are!
Only a couple of days ago we had thought that today could see some solid little, bowling swells but it now looks like that swell generator won’t deliver as well as we had hoped.
That open swell of Saturday evening will quickly reduce back to a more close-fetch kind of surf, those waves closer together (and weaker) than we would have preferred.
The wind is likely to be just offshore but stronger than we would prefer and tending to go a little too side shore too.
Still, after saying all that we are pretty hopeful for a half-decent three feet or so of fun surf!

Light and variable breezes are going to be keeping the weather mild enough but far from settled through Saturday, the surf small but rideable and the weather a bit mixed to start with, hopefully settling down through the afternoon.
By Saturday evening we could just start to see the beginnings of the first half decent swell to move this way for a long time!
It is still a little too early to tell but we might just see some thick swells swinging our way through Saturday evening from all that activity over on the other side of the pond.
As the wave-period stretches out those solid swell lines should still be swinging into our bays hopefully through midday Sunday, providing plenty of head high and bigger waves to feast upon.
Throw in some southerly wind and we could just have the makings of a very fun day, filled with three to four feet of much more solid surf!
And that could be the way of it well into the start of next week as those swells thicken and grow. It is unlikely to get that big or anything but those swells should become solid and heavier than we have seen for a long time!
We always look forward to those September Sessions, as our visitors all depart leaving quieter beaches to receive some of those long travelled swells from storms a long way away.
Let’s hope that we see some proper swells soon to make up for a fairly swell starved summer!
Have a great weekend, wherever you are and whatever you’re doing!