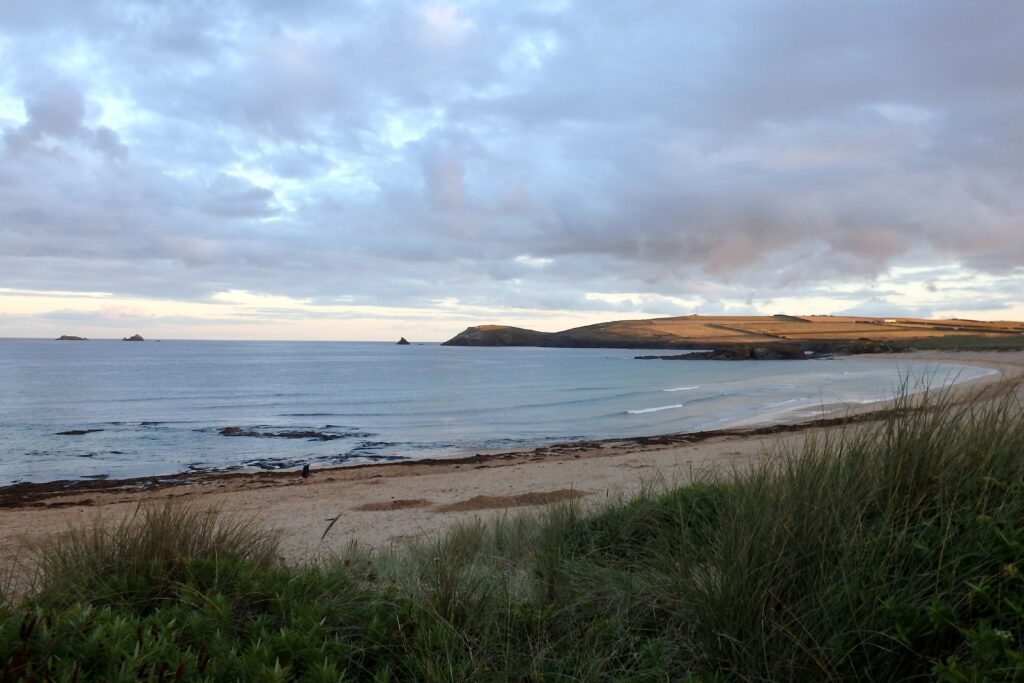 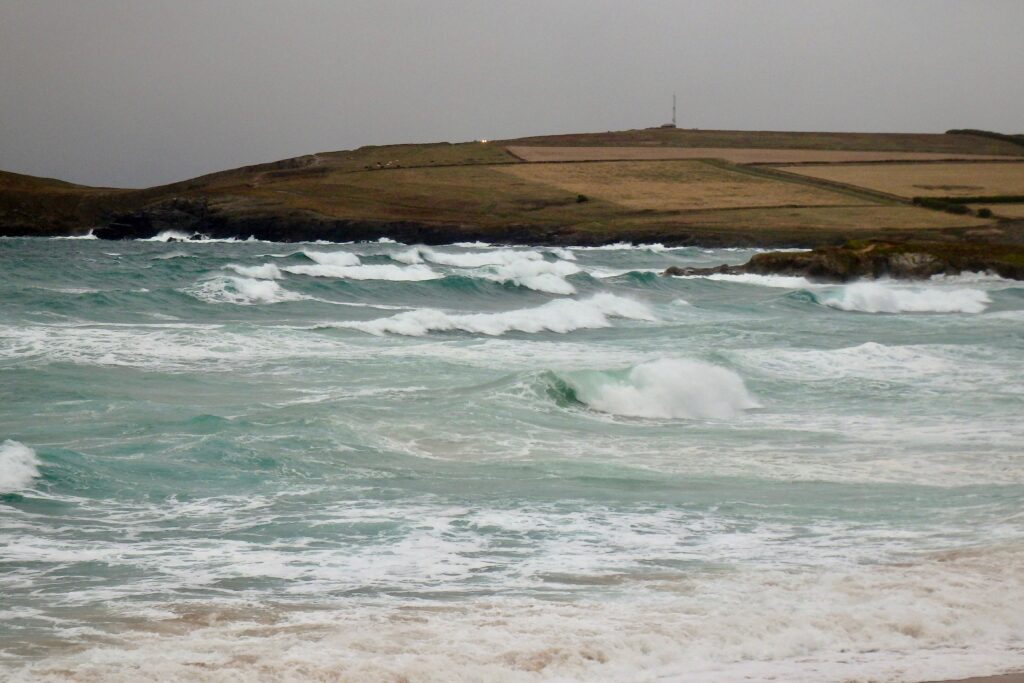 It’s a dull and breezy, overcast one this morning, the grey sky canopy above us as the wind whistles in from the west.
And so the surf is a messed up mix of broken and chopped up waves, three to four feet of unpredictable and bouncy, dull looking swell.
Harlyn is probably a tiny bit better though……… 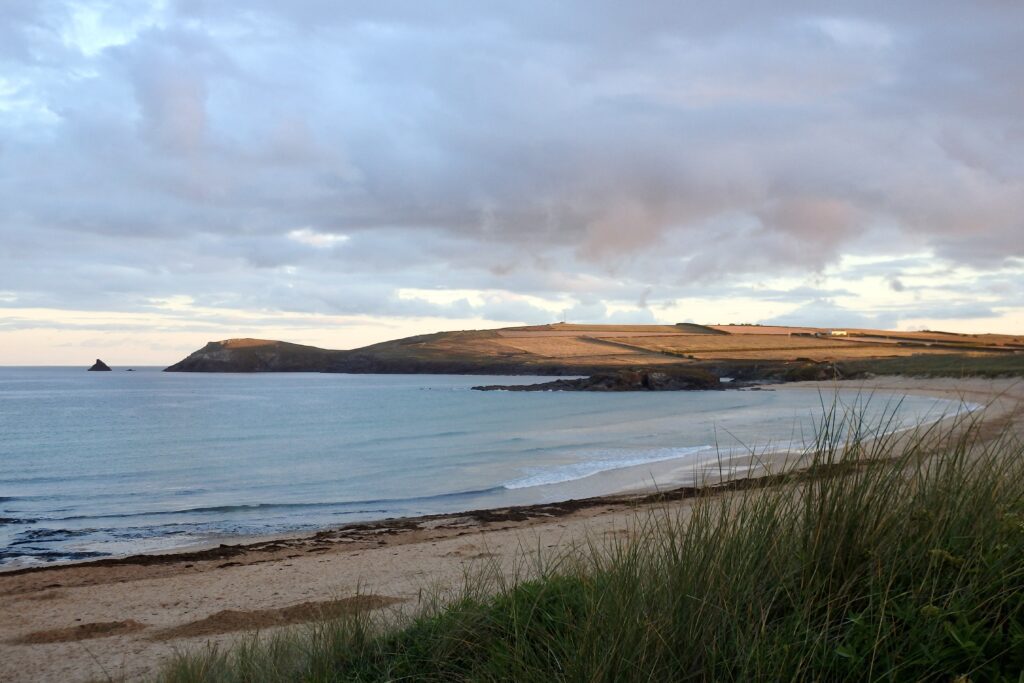 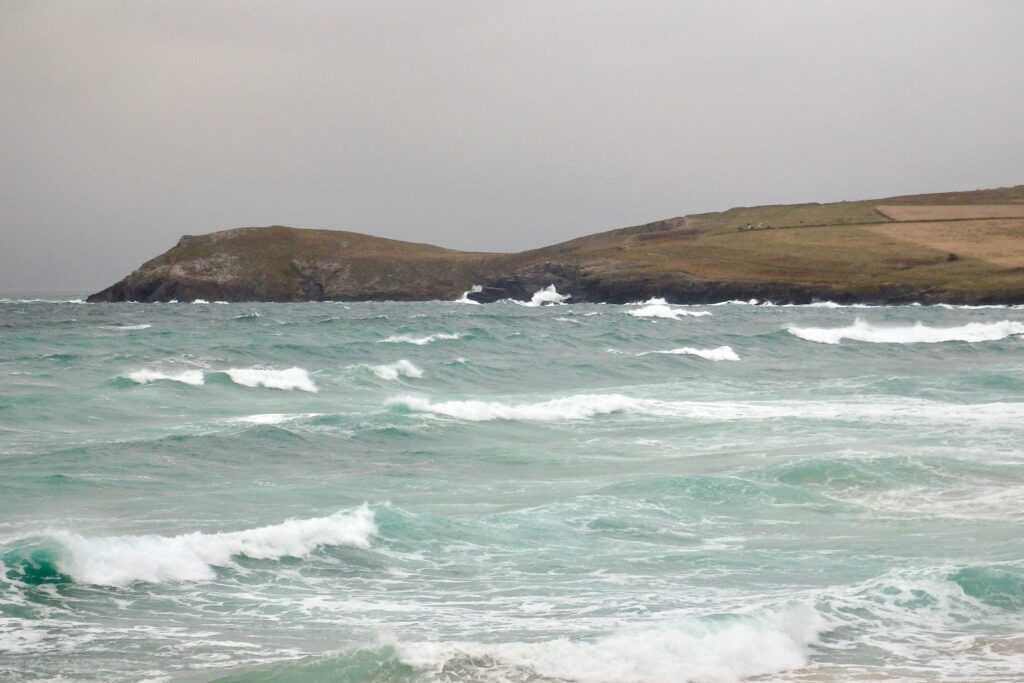 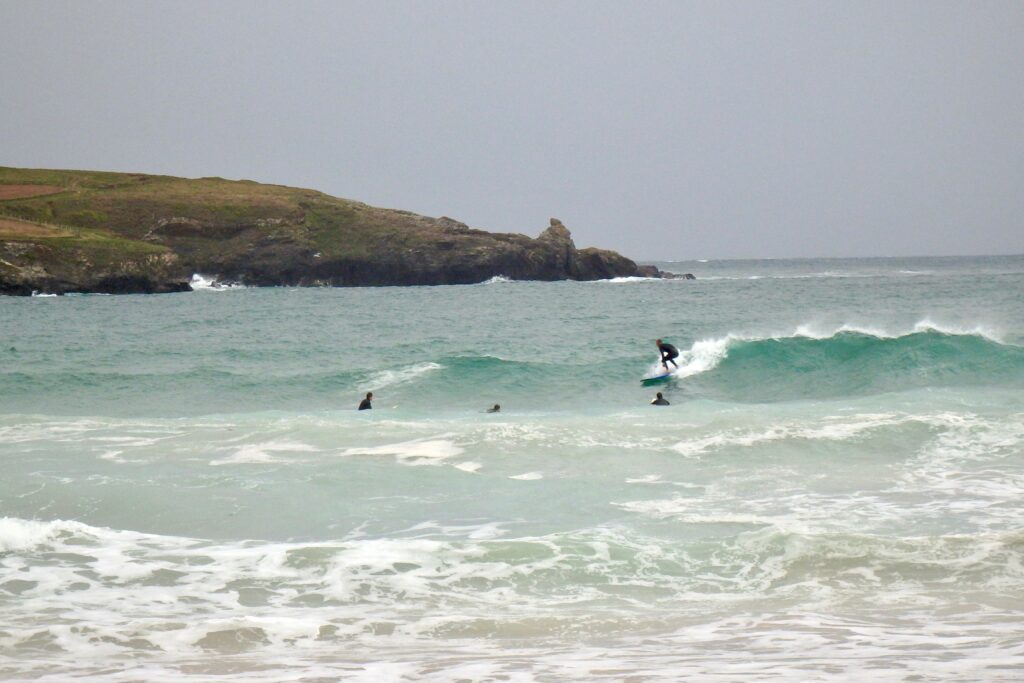 The wind is blustering across Harlyn Bay at high tide this morning, a brisk westerly slapping the tide fattened shorebreak into bouncy peaks.
A couple of feet of bumpy and windswept surf is rolling ashore, the odd bigger one rolling all the way through.
Things will sharpen up as the tide eases back but that wind will probably swing more onshore too! 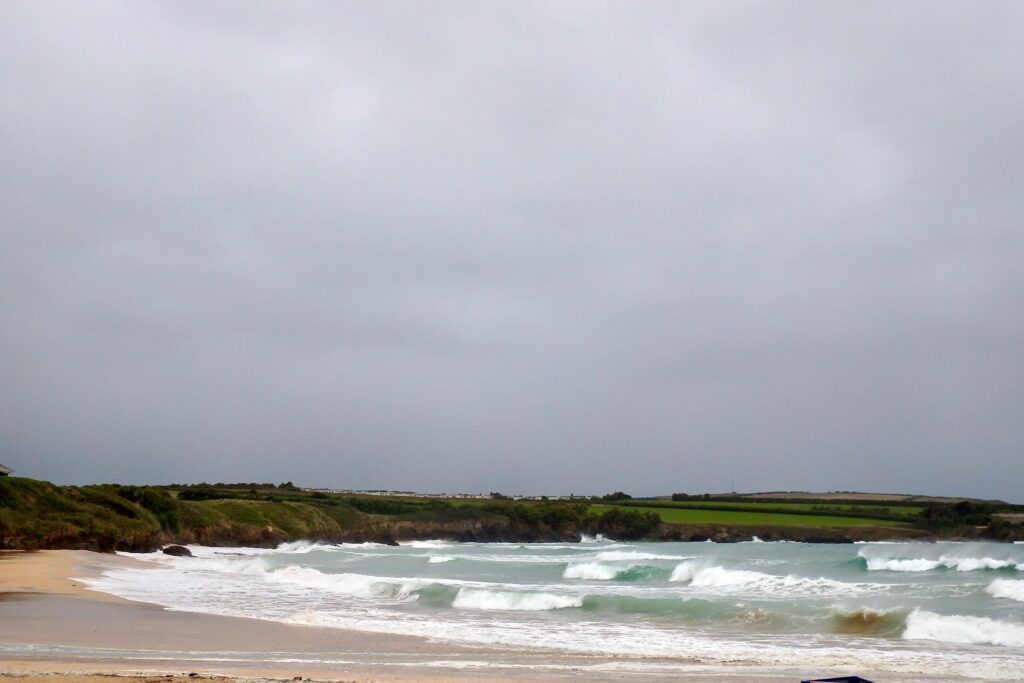 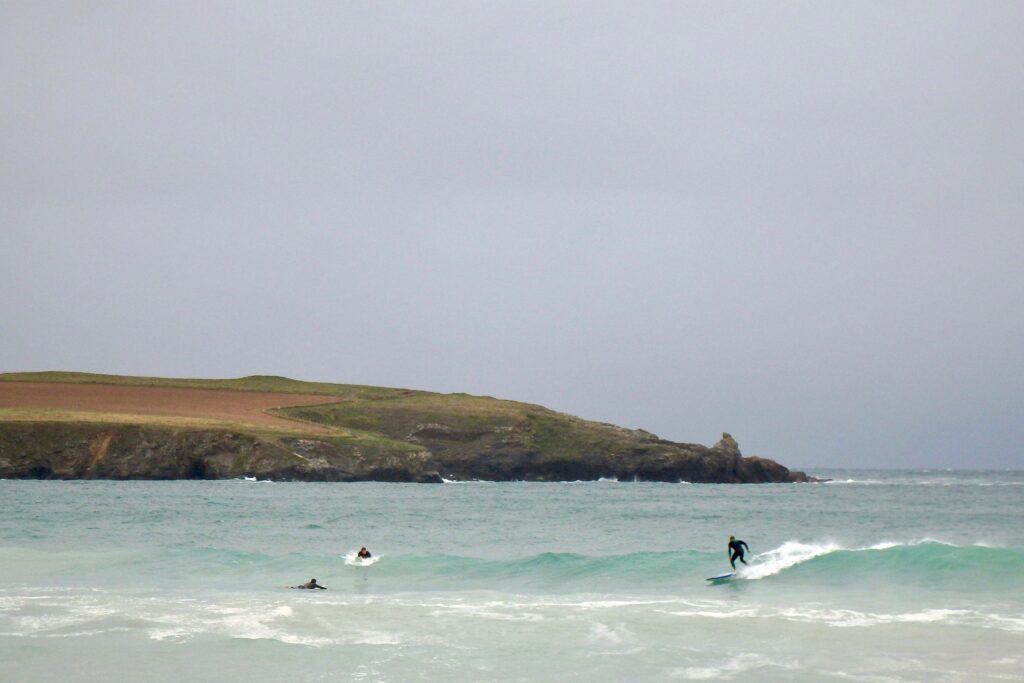 Strong north westerly winds will be powering into our bays and coves all day long, bouncing and chopping the three to four foot waves as they are bundled ashore.
The south coast might have some small appeal though.

A squally and damper, windblown weekend is waiting for us this weekend.
Autumn’s overexcited bluster is likely to be swirling and stirring a thick and lumpy four to five feet of windswell while shaking the hedgerows and blowing a confetti of leaves across the fields.
Harlyn should provide some fun on Friday and into Saturday but that wind will soon back more north westerly – onshore even at Harlyn.
So unless you want to travel south it will be a case of choosing the less choppy options that will change with tide and wind strength. Even so, by Sunday it will a complete paddleathon through four to six feet of onshore blown junk surf for short but maybe adrenaline charged drop-ins followed by very flat faced kick outs.
Ah, big and lumpy, chopped out windswell – you gotta love that!
Have a great weekend, wherever you are and whatever you’re doing!