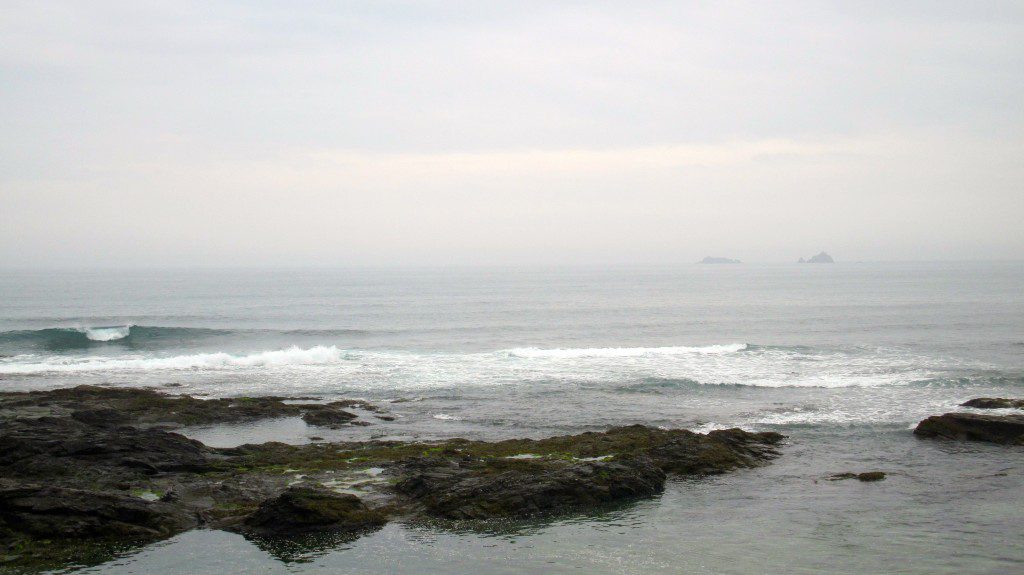 It’s another mild but misty start to the day, that silver haze of foggy air veiling the bays in dampness.
There are little waves rolling onto the Reef and peaking in the bay an hour or two head of high tide, all glassy and glinting, grey in the mist but it is small, a foot or the occasional almost two footer at best.
There’s no wind at all yet and the forecasts are showing a calm and still day ahead. It should brighten up and the surf might become just that bit more solid. And although the breeze is likely to slip onshore, it is also likely to remain no more than a breeze.
We should just find some fun surf for a longboard, a foot or two of gliding, peeling stuff. And if we’re really lucky we might even see some sunshine too (eventually)! 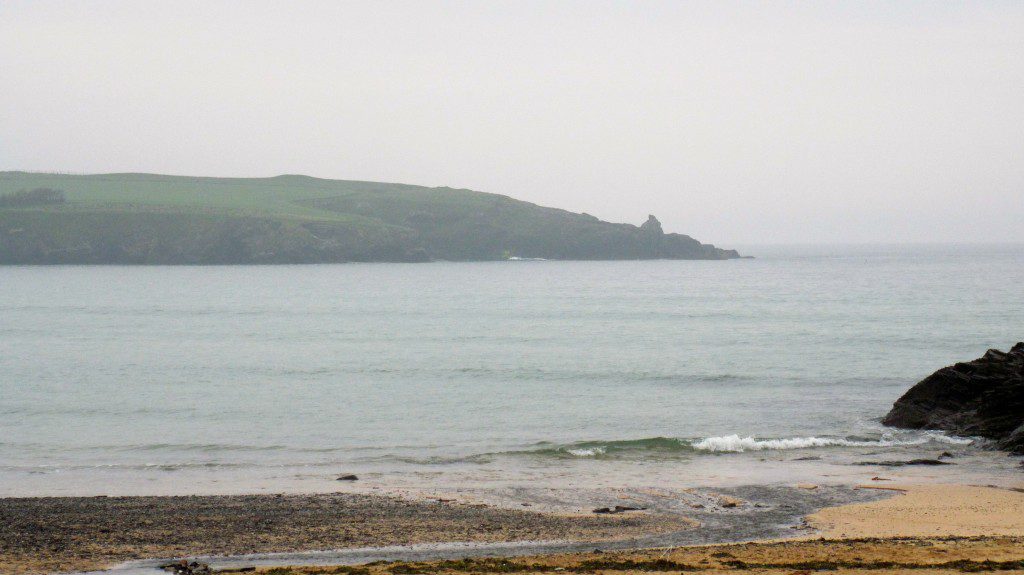 No, it is still flat around here this morning, there are tiny little, glassy lines sliding into the deep filled bay but they are no more than shin high at their peak and then they are not breaking.
Get the SUP out!

And more of the same!
We’ll be lucky to ride anything bigger than a couple of feet again today and only at those swell magnet breaks.  A clean and pleasant couple of feet maybe but more a longboard glide rather than shortboard shredding.
We might just see more sunshine today too!

We are lucky here in that it rarely goes that flat for very long but those little waves have almost completely disappeared for the last few days. The guys have been getting in but you have had to time it just right, catching those tiny waves as they tripped up onto the the shallow sandbanks, before going flat again in the deeper troughs between those banks.
And it’s not going to be great for surf just yet either.
There will be some slightly bigger and rideable stuff coming through for the weekend but there’s not likely to be much more than that and the wind is likely to drift in onshore just as the weather brightens! The water temperature is warming up rapidly though, so it’s not that much of a chore to go glide a few of those little waves!
These conditions are likely to spill well into the weekend, brighter and more cheerful for periods on Saturday with light beezes helping to make that still small but bigger than it has been surf more enticing.
And that should carry through to Sunday with maybe more brought periods cheering us up too.
Watch the surf hopefully start to build on Sunday evening, that south westerly breeze helping in some new swell to start the week.
Have a great week, wherever you are and whatever you’re doing!