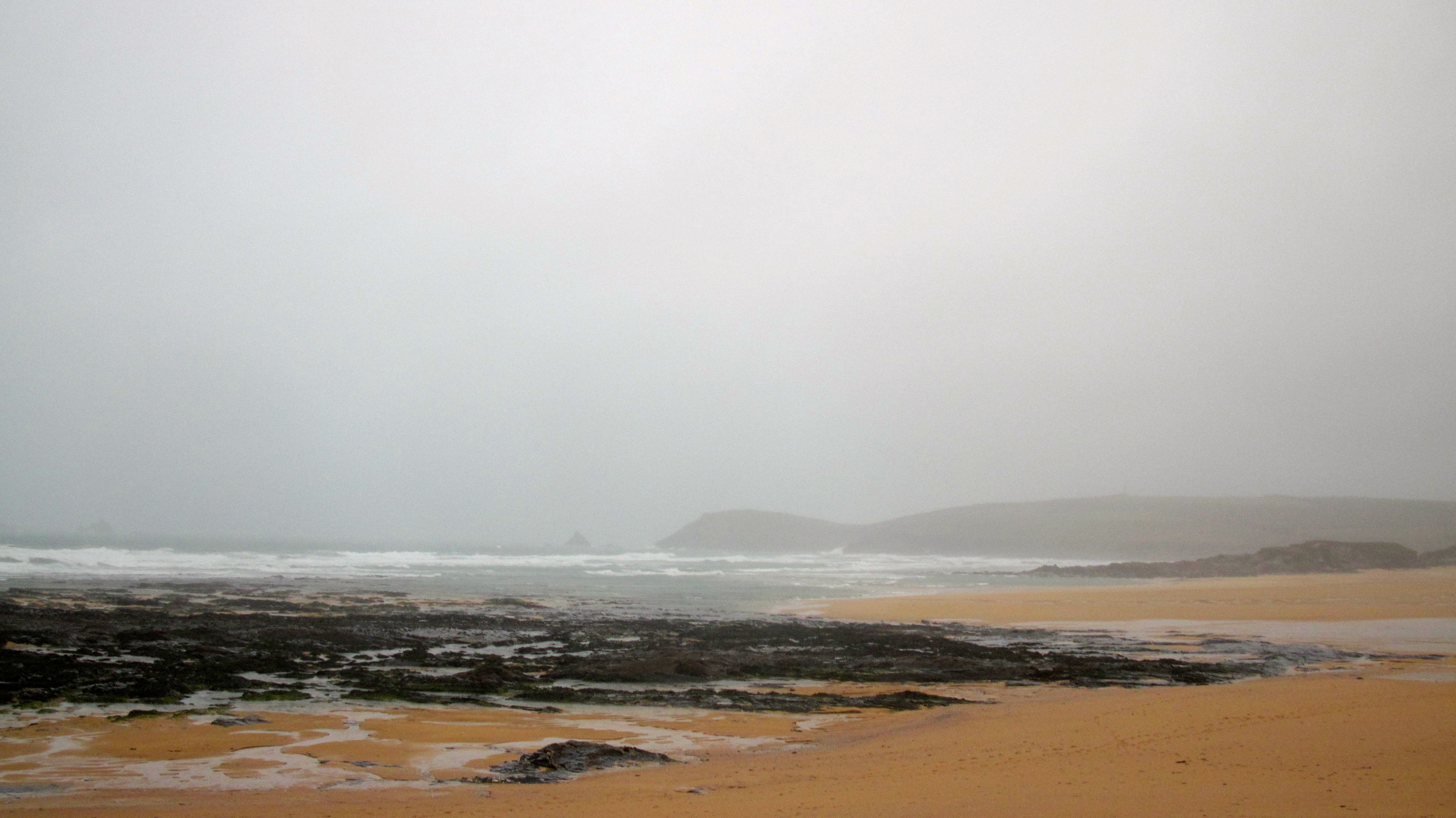 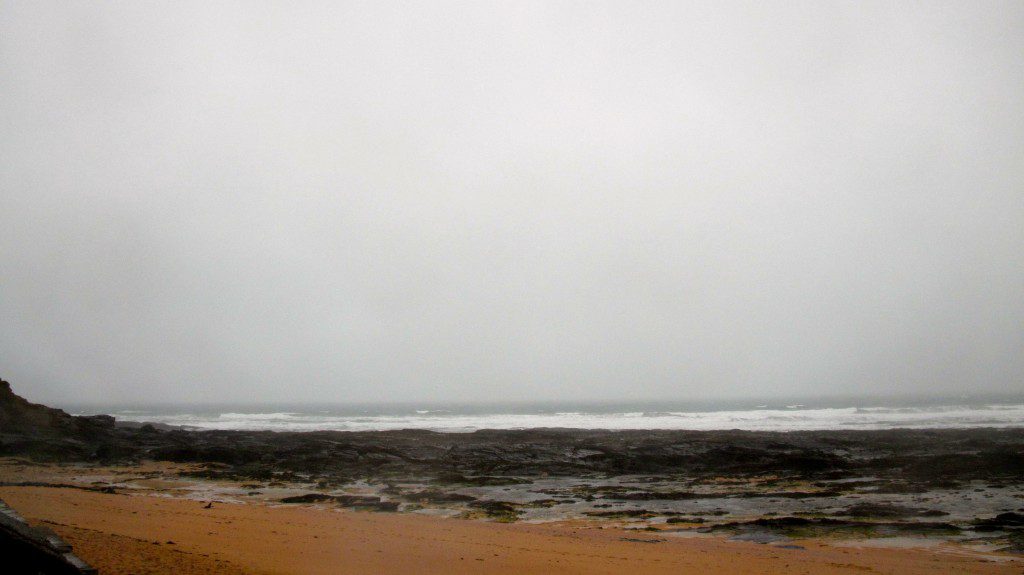 Ah, everything is running late this morning but don’t worry, you’re not missing much, not here anyway.
The surf is a mess of blown out and mixed up waves, barely visible through the mix of drizzle and seaspray that is filling the bay, the wind all blustery and squally, pushing in from the west south west. It is mild though, a mid-teens celsius temperature but not quite feeling it because of the wind.
Nope, it’s an atmospheric place to push against the wind this morning but you wouldn’t want to be surfing, not here, not today.
Let’s have a squint at Harlyn…. That’s better!
That same gloom and mist and drizzle and spray from the other side is here too but the wind is side to offshore and there’s that peak just ahead of low tide that is spinning some hollow righthanders across the sand.
There are some real clean set waves walling up off the Rock and there’s that other peak, that teaser in the middle of the bay, too slow to be a close-out, too quick for most to slide, the odd one allowing that feeling of achievement.
It should all build too, the two to three feet surf becoming more three to four feet with the rising tide through the afternoon.
Saturday afternoon surfing hollow Harlyn, that’ll do at the beginning of January!

It could be good today and it could just be very, very good!
The same swell from Saturday should last well into this afternoon but with the wind having stepped over to the other side of the compass, a steady south easterly, set to blow offshore at all of our favourite surf breaks, all day long.
So, three to four to five feet of offshore, clean and setty (a low teens wave-period)surf is promised for this Sunday, those (relatively) super mild sea temperatures and that bright winter sunshine keeping you in for ‘just one more wave’.
Enjoy!

Hopefully you should be well recovered from the festive celebrations and ready for a weekend of fairly windswept but okay surf.
Harlyn is going to be the centre of our attention for the first half of the weekend, Saturday afternoon likely being a very typical three to four feet kind of day, the wind lightening as the tide rises through the afternoon.
Sunday is looking really promising, that same five foot swell rolling along the coast but the wind should be very light, especially first thing hopefully slipping to the south east, offshore at all of our main surf breaks.
It could just be a very, very good day of clean and fun, solid surf.
It should also be a bright and cheery, sunny winter’s day.
Have a great weekend, wherever you are and whatever you’re doing!