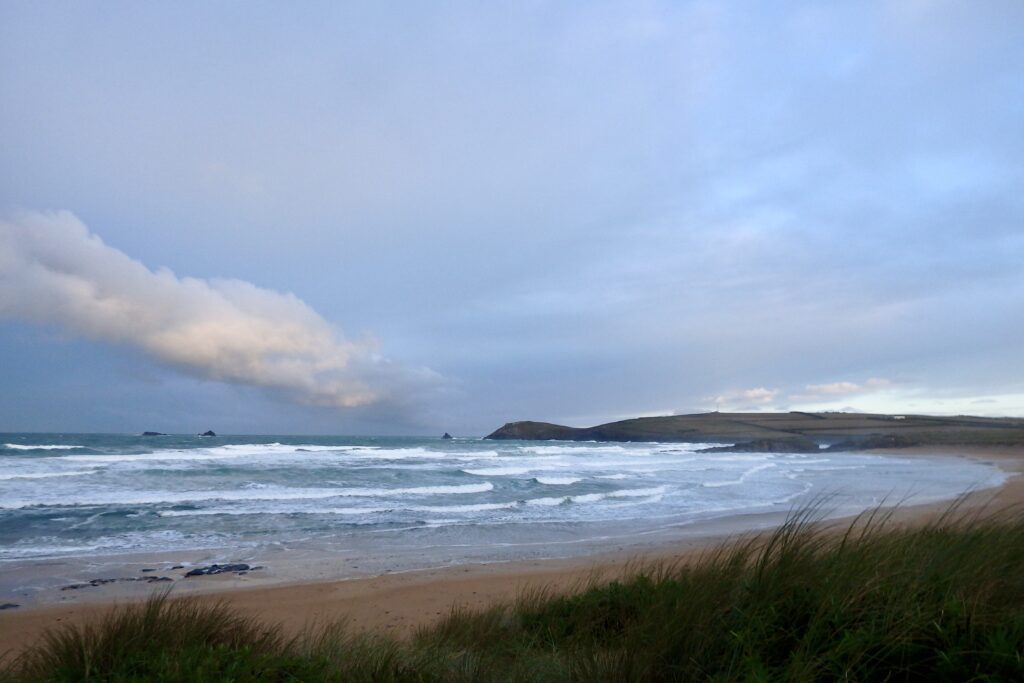 There’s a bit of a breeze out there this morning, a brisk sou’ wester stirring the sea as it gallops along the coast. And the air is milder because of it, an early teens thermometer reading probably indicating a shower or two later.
In the meantime the smaller than expected four feet or so of grey and mixed up surf is being ruffled and slopped by that wind, some peaks managing to look appealing at the usual spots but with that paddle to get to them.
Could Harlyn be big enough?
Let’s have a look-see…… 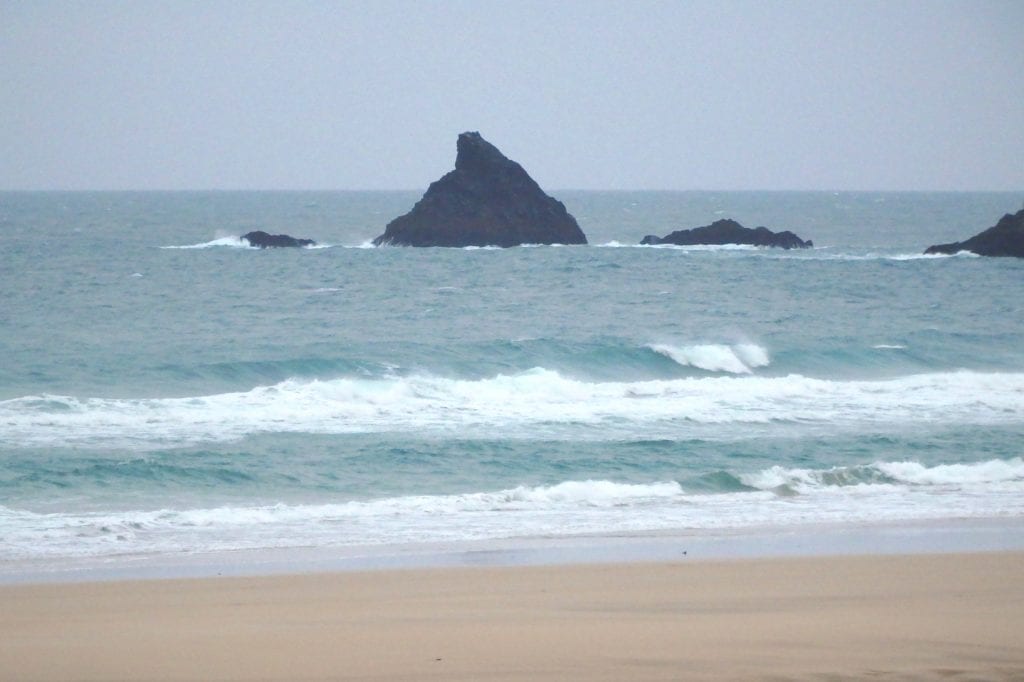 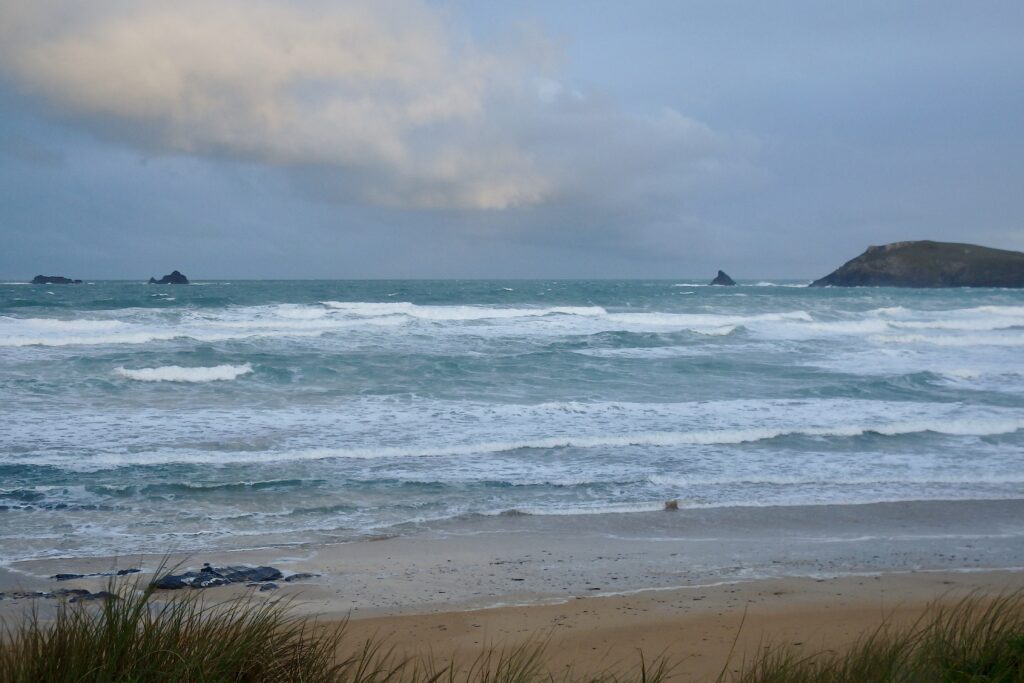 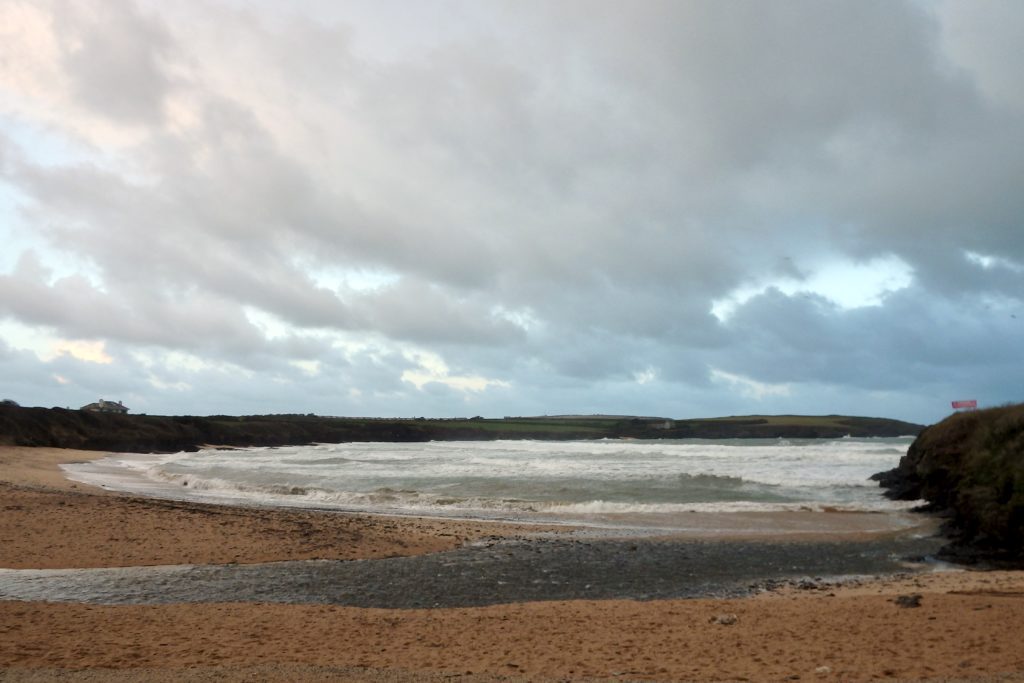 The wind is straight offshore at Harlyn this morning, not too strong but strong enough to hold tall the one to two feet of turquoise little waves that are managing to swing all the way around and into the bay.
It is a little frustrating right now because it is very small here but a bit of a paddle over on the other side of the headland. Then again it is just about full low tide and the swell should be building through today, doubling in size by this evening, or maybe bigger.
So it should all improve massively here throughout the morning.
It also has that Breezy Saturday at Harlyn feel to it as well! 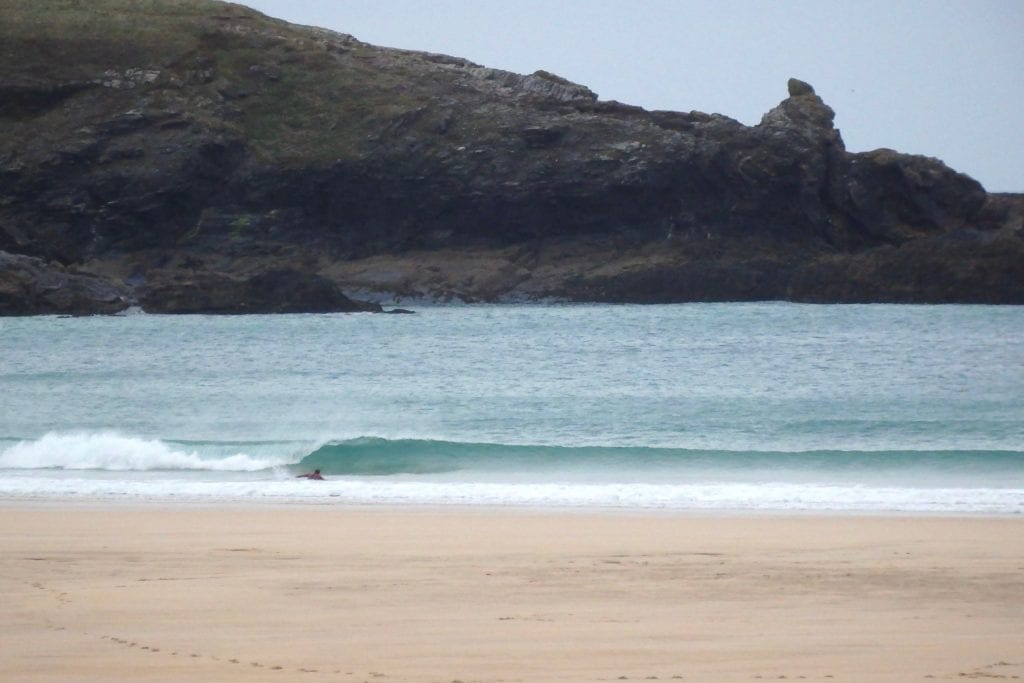 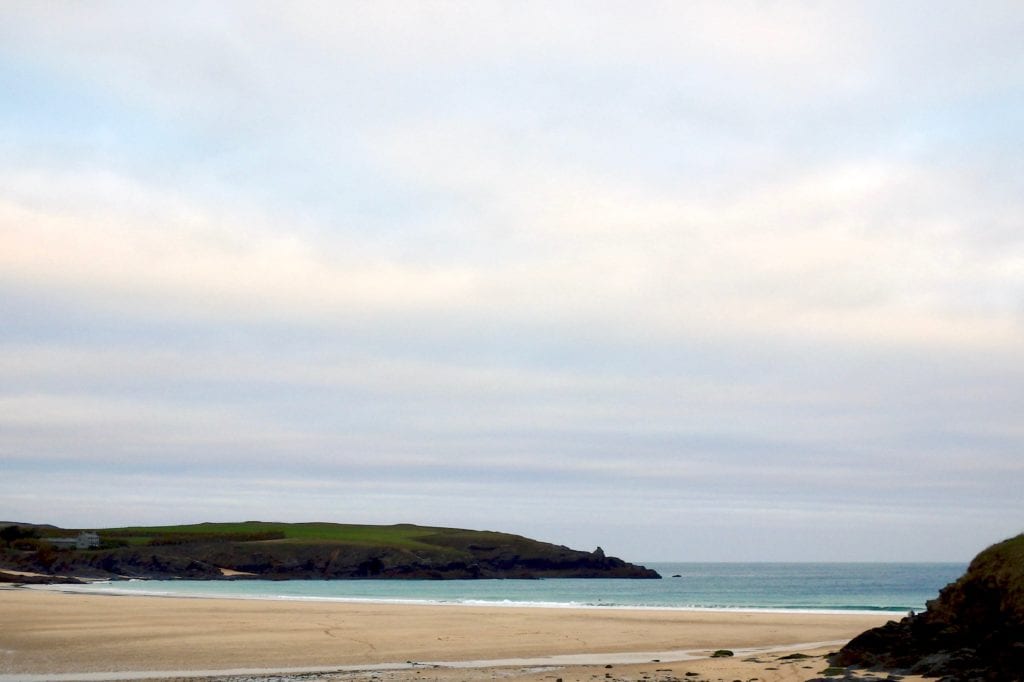 That gusting sou’ wester should quickly ease off as we go through the morning, that huge swell starting to ease off too.
So Harlyn is likely to be big and angry in the morning, those offshores making for some board snappingly hollow waves. But it’s the afternoon and evening that could be of interest to those of you who enjoy some bigger wave action!
The wind could ease to a breeze as it switches offshore at all of the main surf breaks through lunchtime. So those bigger wave spots, those reefs and points that scatter the coastline are likely to come alive!
It could just get very, very good before dark!