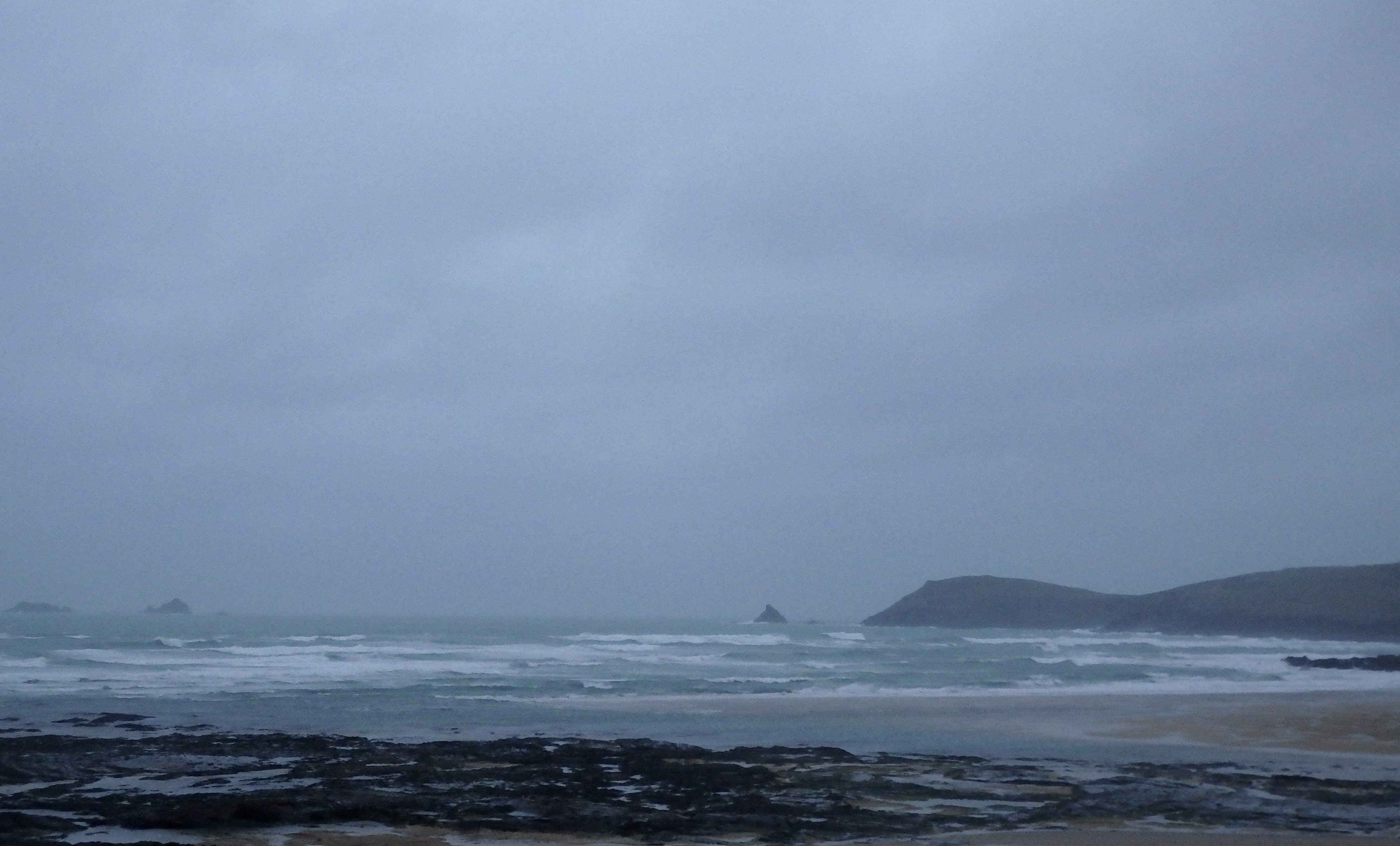 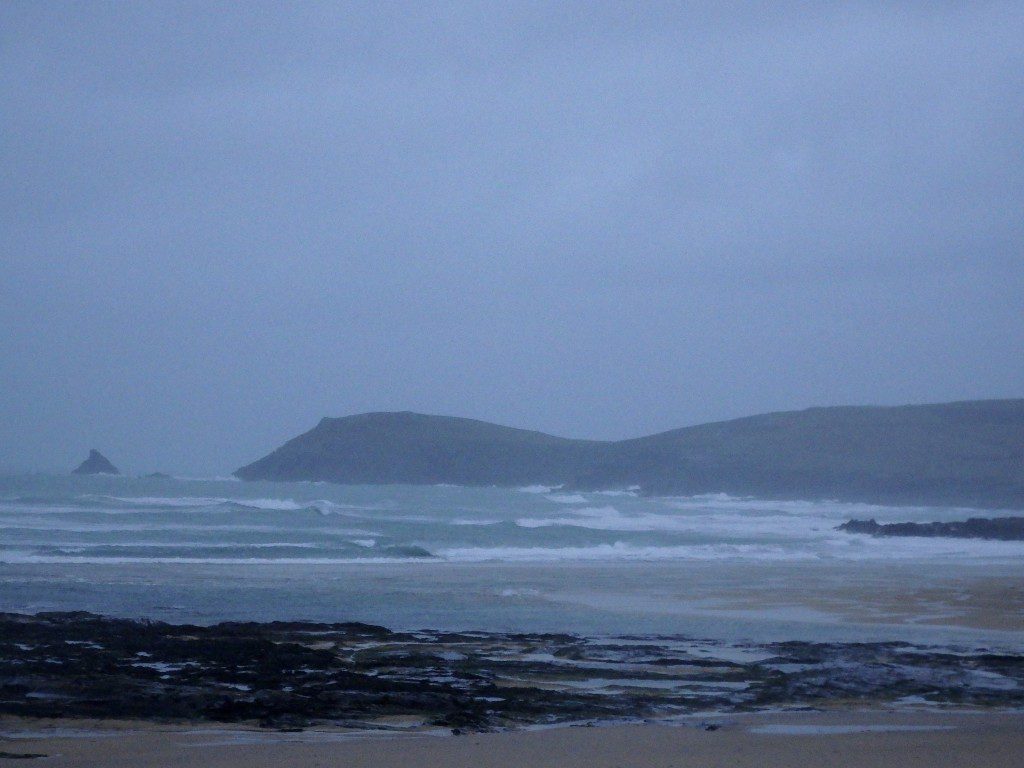 There’s a proper storm blowing out there this morning with the wind screeching across the headland, bending the hedgerows as those heavy rain squalls are flooding the lanes.
The surf isn’t all that big, yet but with this level of wind behind it, we should be seeing some excitingly big waves soon enough.
Right now though, there’s three to four feet of mixed up and hideously chopped out storm surf chattering through, hesitantly peaking before being pushed and churned by that wind.
You really wouldn’t want to be going in here today it looks wild and it’s only going to get wilder!
Harlyn though, well, that could be really good….. 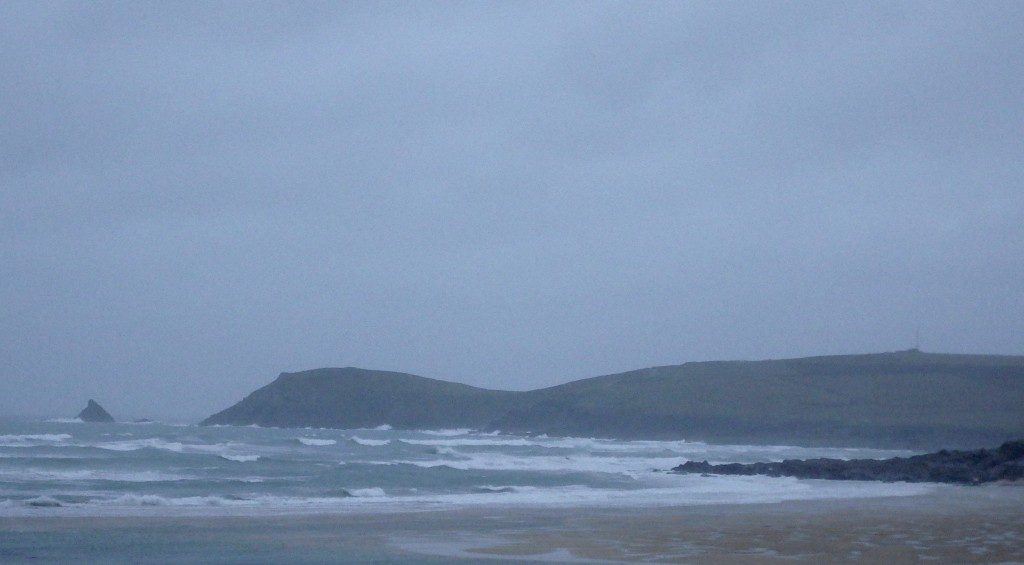 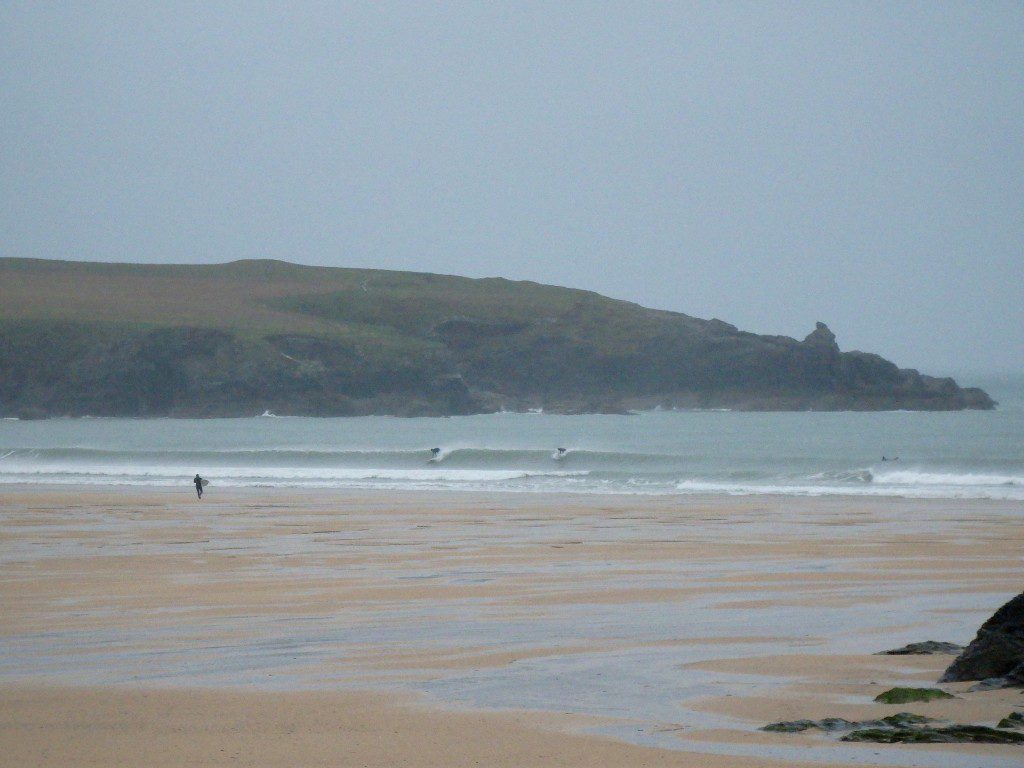 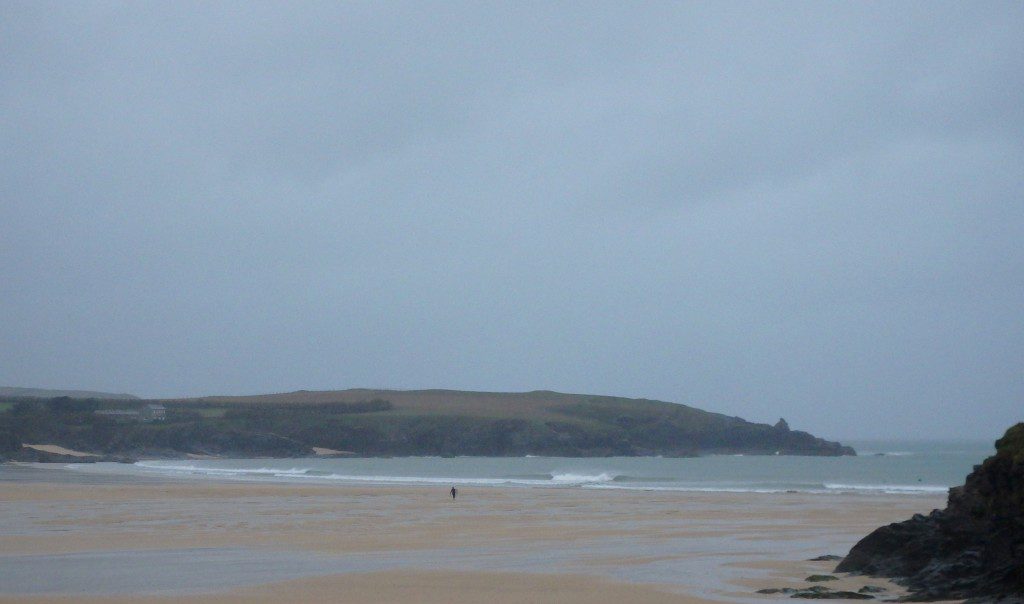 The wind is roaring offshore here today, an opposing force to those two to three foot waves, hollowing and holding those cavernous little tubes.
There are a handful of guys out already this morning and they’re picking off the odd one but it looks hard work catching them in this wind, worthwhile but you have to be quick to your feet!
Low tide is in a couple of hours and so we should see a build in size and power with the incoming tide.
Yep, we should be enjoying some whompers by this afternoon, those waves should be as thick and heavy as the Welsh pack on a rampage! 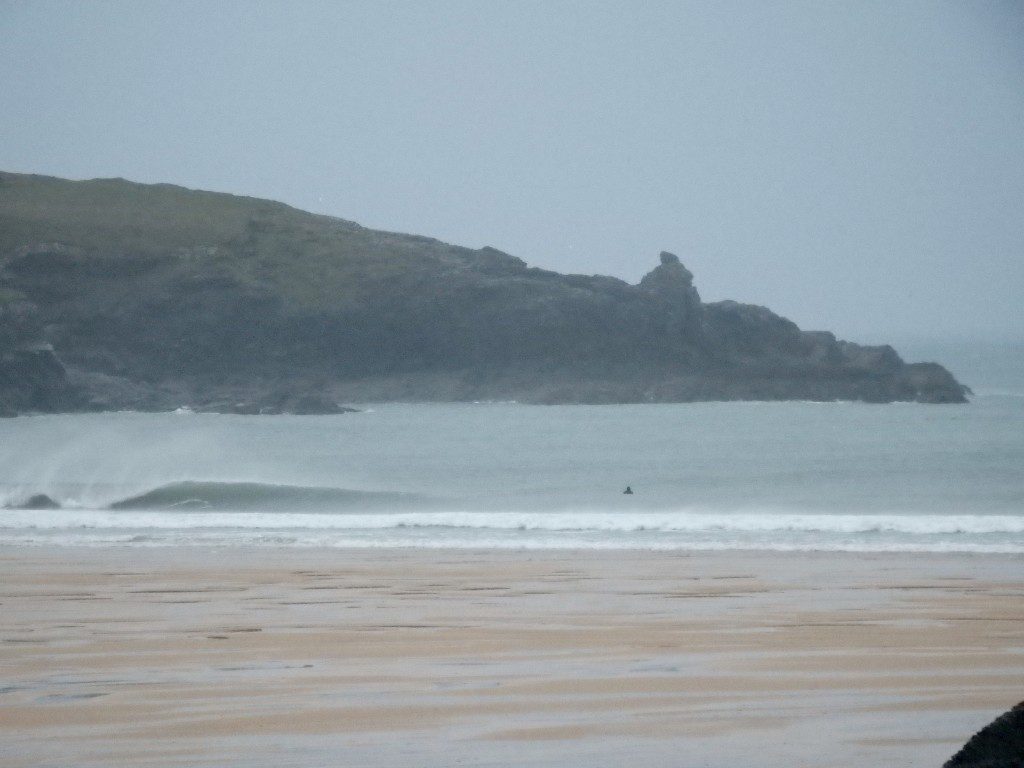 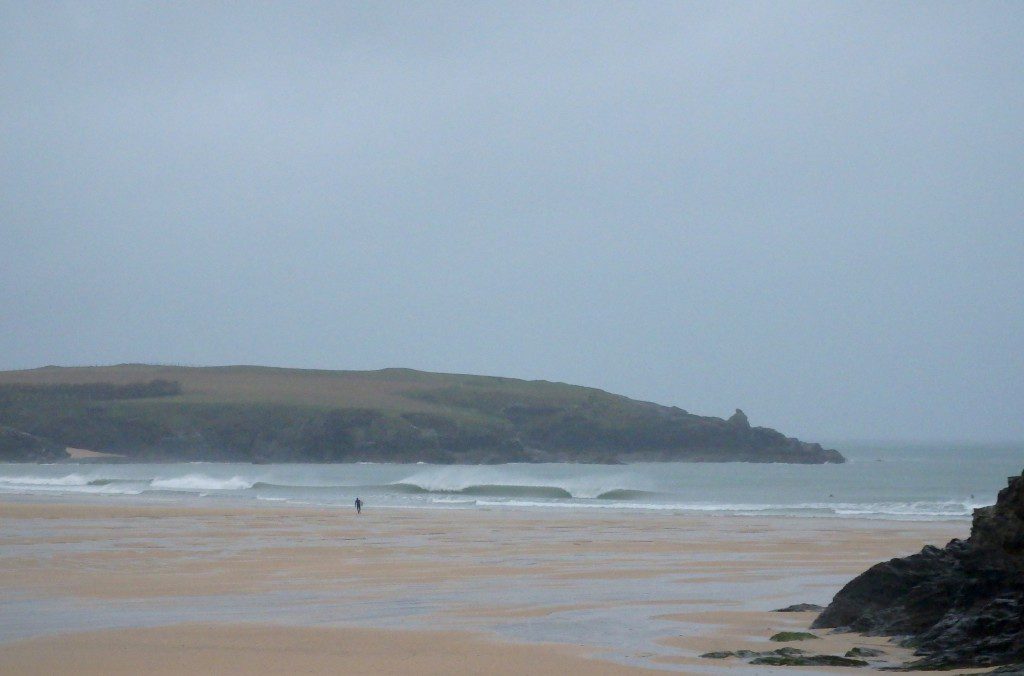 Another weekend of wind and rain and stormy surf awaits!
There’s a low pressure system wandering in above us which is stretching across most of the Atlantic and across most of Europe too with those isobars pretty close together as well!
So, another wet’n windy weekend awaits!
But that wind should be south westerly through Saturday and that is offshore at Harlyn. Given the depth of the low pressure systems out in the Atlantic, I think that we can assume that there will be big enough swells rolling in to more than fire Harlyn up again.
So a typical winter’s Saturday at the ‘lyn awaits and that always goes down well, especially with the Six Nations kicking off too!
Sunday is likely to be showing more and much bigger surf but with the wind maybe having slipped more to the west. That is more sideshore at Harlyn and so those real big waves could just be bit bumpier and lumpier than we would prefer.
It could still be good though and so should be worth a checkout at least.
But there’s likely to be loads of big surf around and with just a little scouting around we should be able to find somewhere sheltered enough to be fun!!
But take it easy out there, it is likely to be really very big, especially as we go into the start of next week!
Have a great weekend, wherever you are and whatever you’re doing!