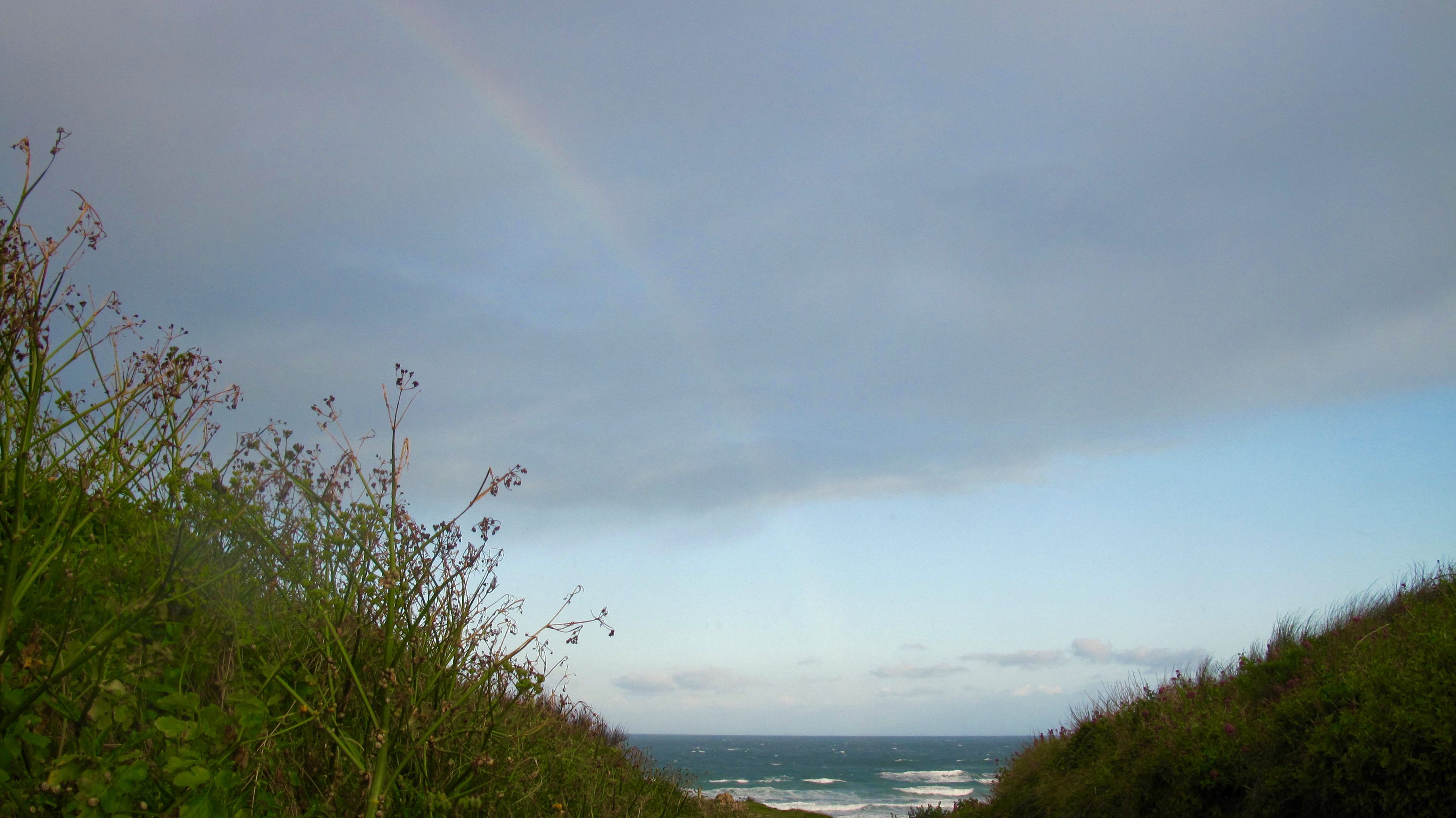 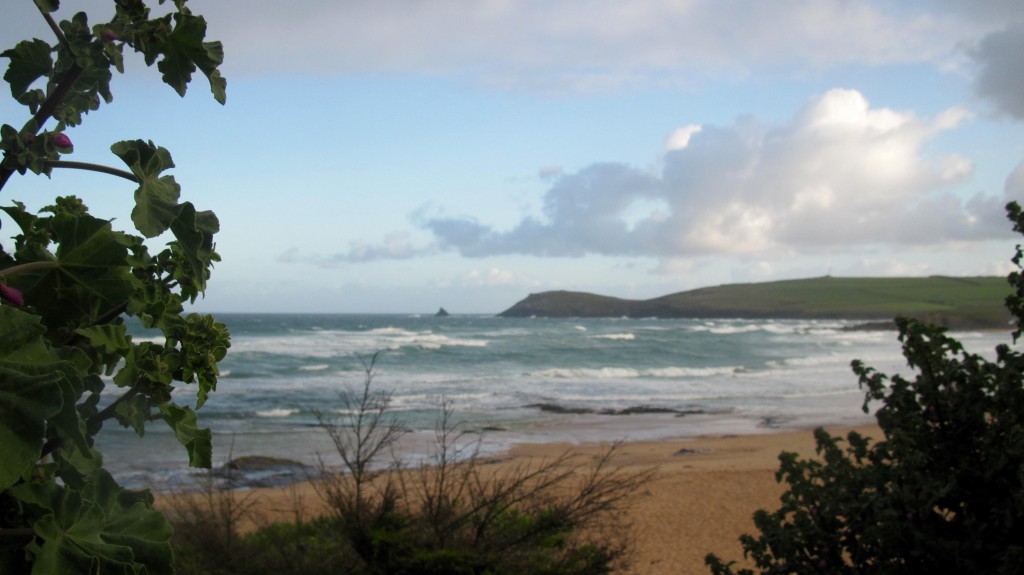 It’s a bit breezy, a bit chilly, a bit showery and just a little bit not very summery this morning.
The deep blue sea has more of a winter hue to it to start the day, that dark depth of blueness slashed with the white of broken waves, a light rainbow just to add some depth.
But the sky is brightening rapidly, that busy westerly wind pushing the darker clouds onto the land to spread its dampness up the motorway and beyond.
The four feet or so of surf has been chopped and slopped by the wind, a mixed up mess of broken waves, pushed and pulled to shore. It does look better as the sun shakes itself away from that cloud but it still doesn’t look good enough to be called fun.
Maybe later. 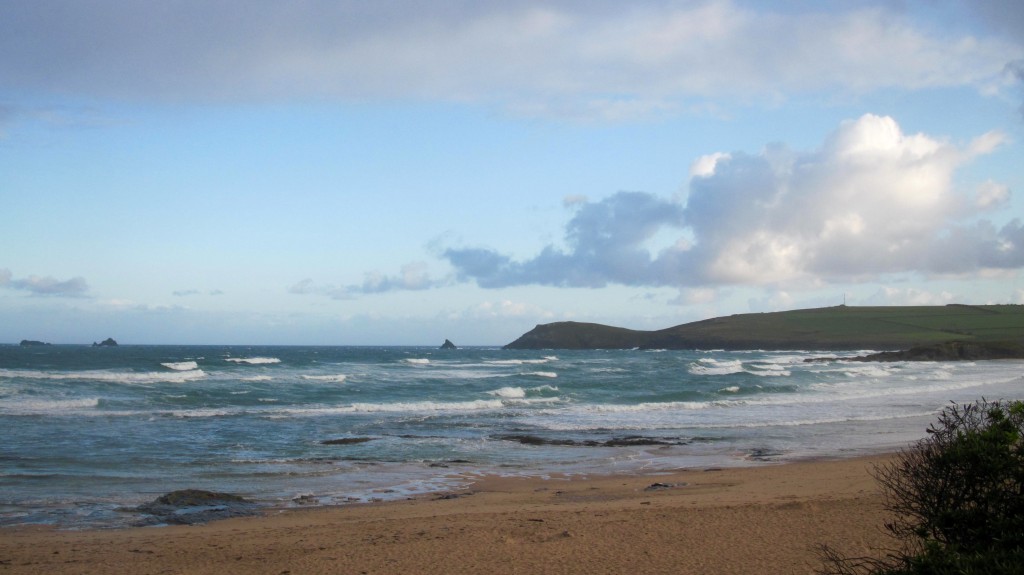 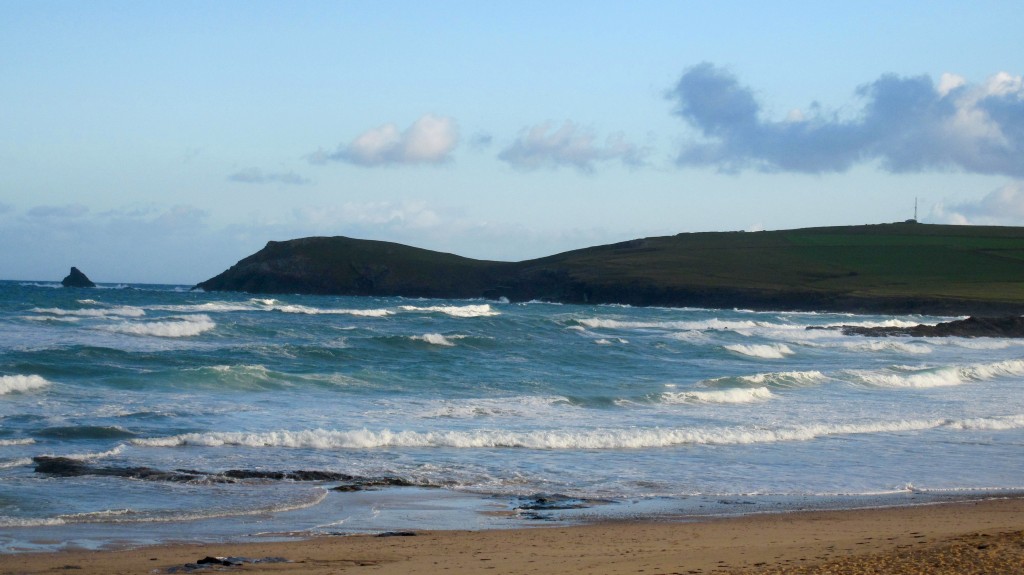 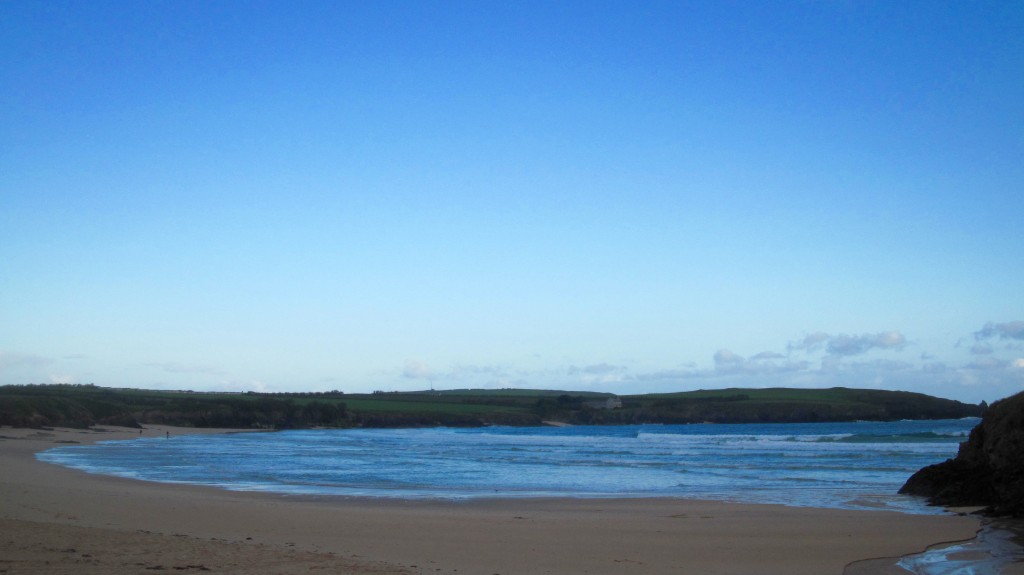 This wind isn’t quite offshore here this morning, it’s more sideshore, blowing into those occasional rightanders that are spinning off the Rock.
It is small, a couple of feet at best right now but it has that dark blue depth to it as well, maybe indicating that it might just build a little.
There should be some fun waves to ride around high tide this morning, although it is likely top drop with the tide, improving again with this evening’s tide.
It could very well end up being much better than you might expect on first sight of Harlyn today! 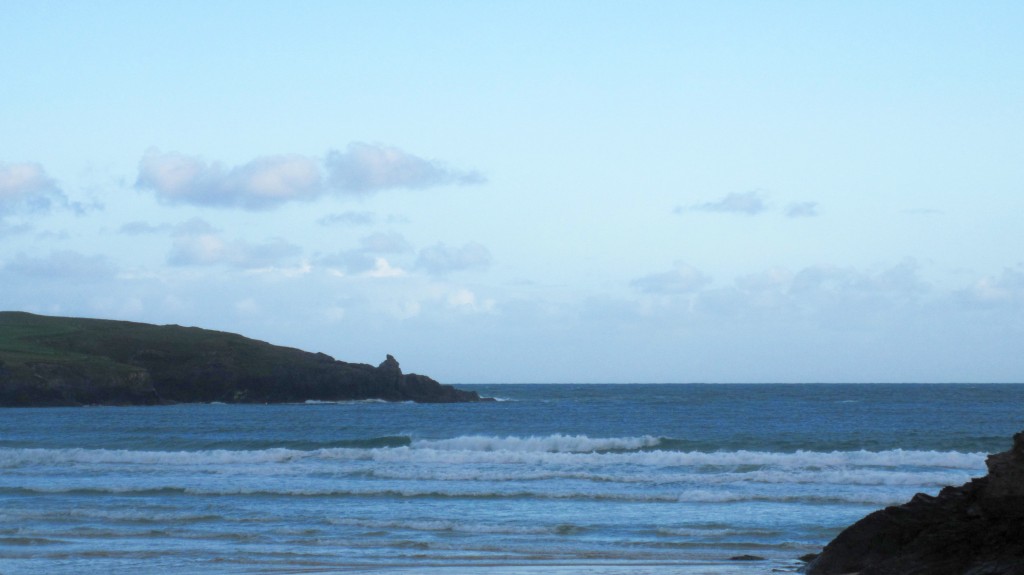 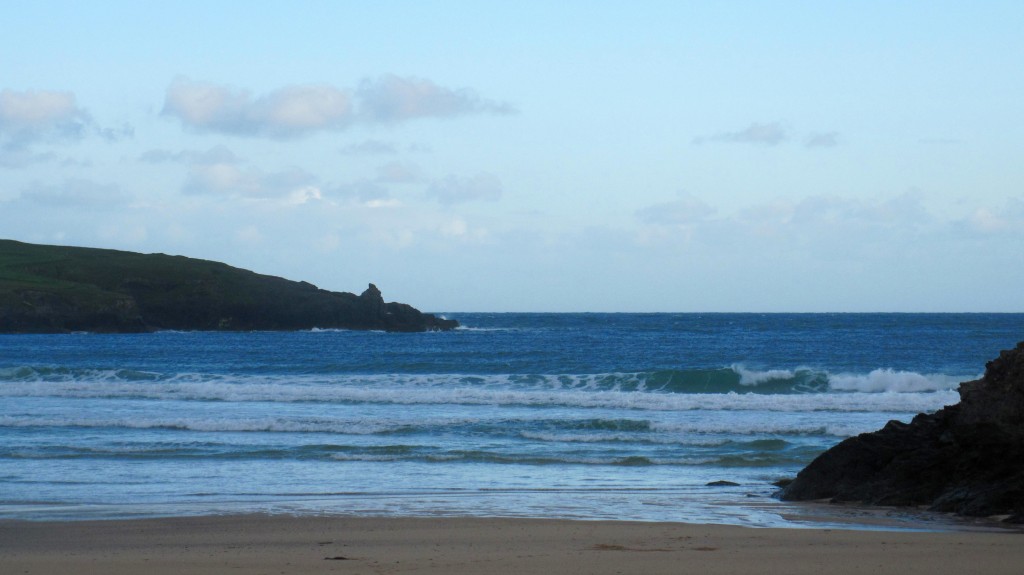 The wind is likely to be dropping in strength as we go through the day, a lighter north north easterly wind, chilly when you’re in it but okay in that bright sunshine in the lee.
The surf is likely to be a couple of feet and will be reliant on that wind to provide some shape.
We should see some moments of cleaner and more shapely surf as we go through the day but I would expect there to be some messy stuff too, probably through mid afternoon as the wind strengthens a little again.
So grab a longboard or fish type board, something buoyant and stable to raise the waver count!

Those recent storms that lashed our coastline at the start of the week should continue to ease and settle, allowing a spell of more enticing weather to spread our way.
That wind is likely to have gained some momentum into Saturday morning, a brisk westerly wind is likely to be gusting into the bays pushing just a bit more swell our way.
The main breaks are going to be blown out and so it’s going to be Harlyn that attracts our attention. I guess that we will probably be enjoying a couple to three feet of wind shaped rights at Harlyn through the morning and maybe again in the evening. The tide might affect things too much through a lot of the afternoon.
Sunday is likely to reveal a calmer day with a light north north easterly drifting in. But the surf is likely to reduce with the wind, a couple of feet or so being as much as we can expect this Sunday.
But the sun should be shining and it should be warm enough out of the wind, tempting you to drag out the longboard for a glide.
Have a great weekend, wherever you are and whatever you’re doing!