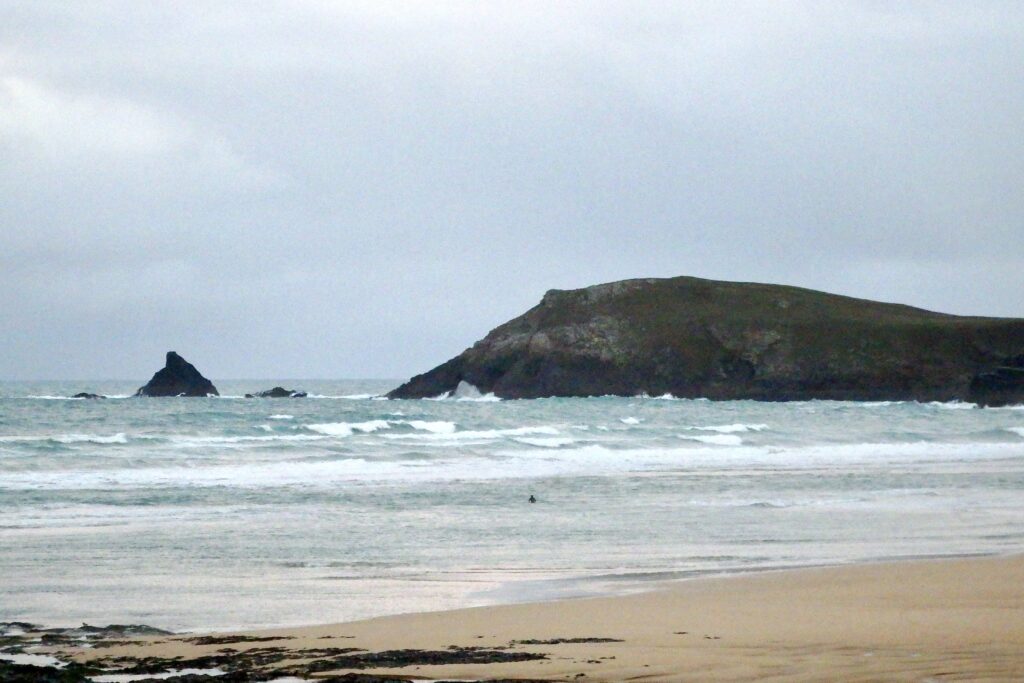 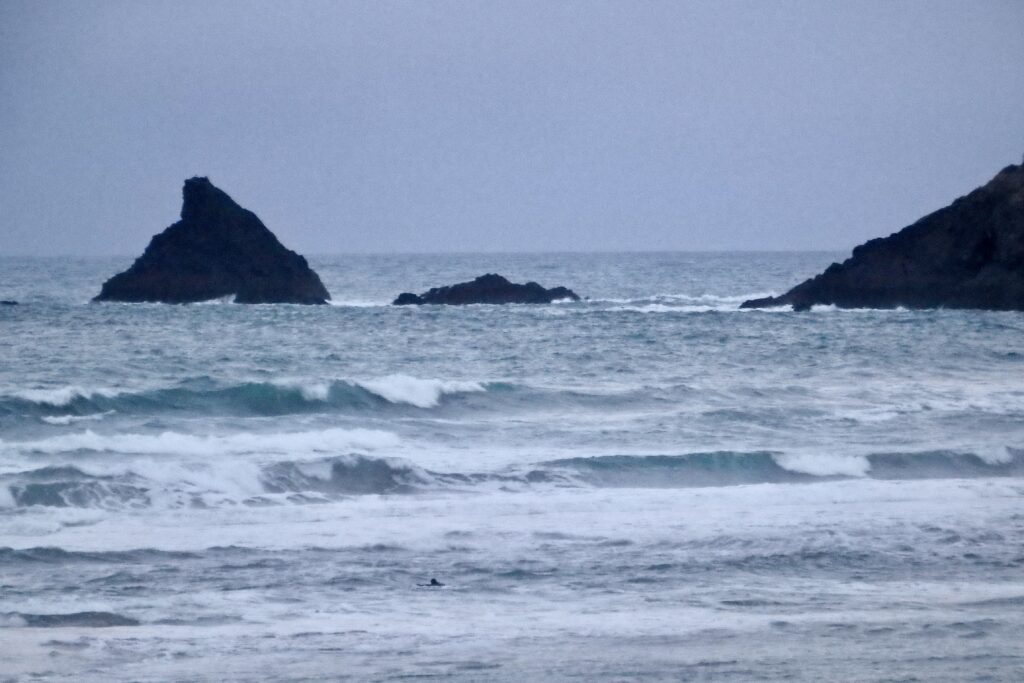 The early morning murk and gloom and drizzle seem to be gradually dissipating as the skies slowly clear and something brighter, milder and drier is steadily seeping through.
It could turn out to be a very pleasant day soon enough.
But there is a steady onshore, westerly breeze pushing in, strong enough to keep the thick and lumpy surf sloppy and unpredictable.
It’s one of those days when that deceptive swell is looking fairly benign but is probably a bit more of a struggle when you’re out there, especially if you’re not up to speed fitness wise! There’s one guy out and staying on the inside but you can see the current is making for a bit of a work-out.
I think that it might be worth trekking on over to Harlyn this morning. 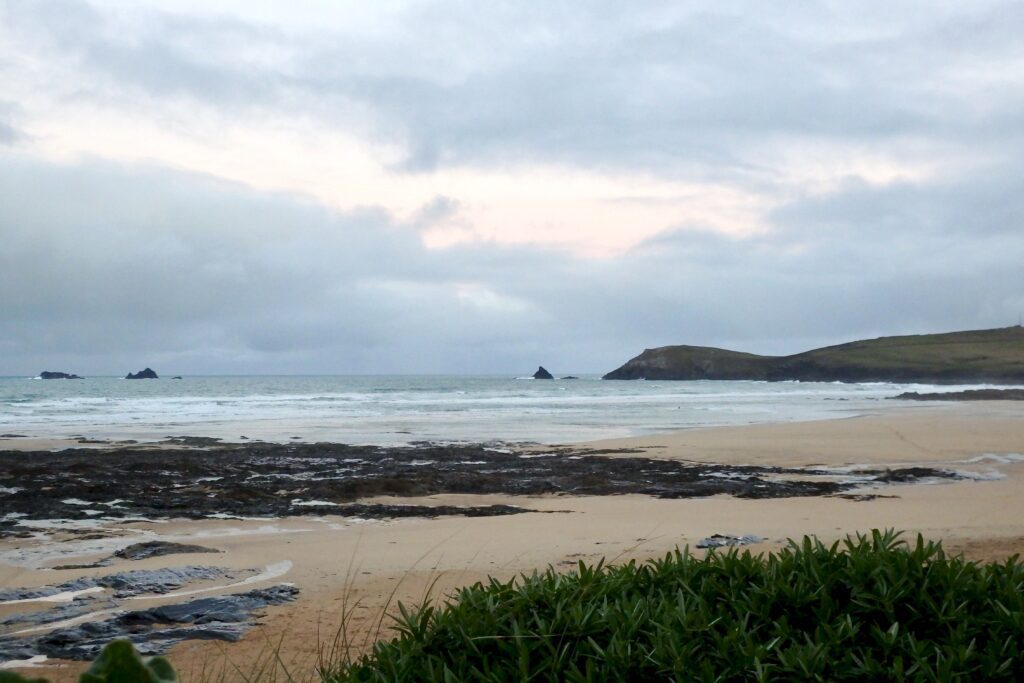 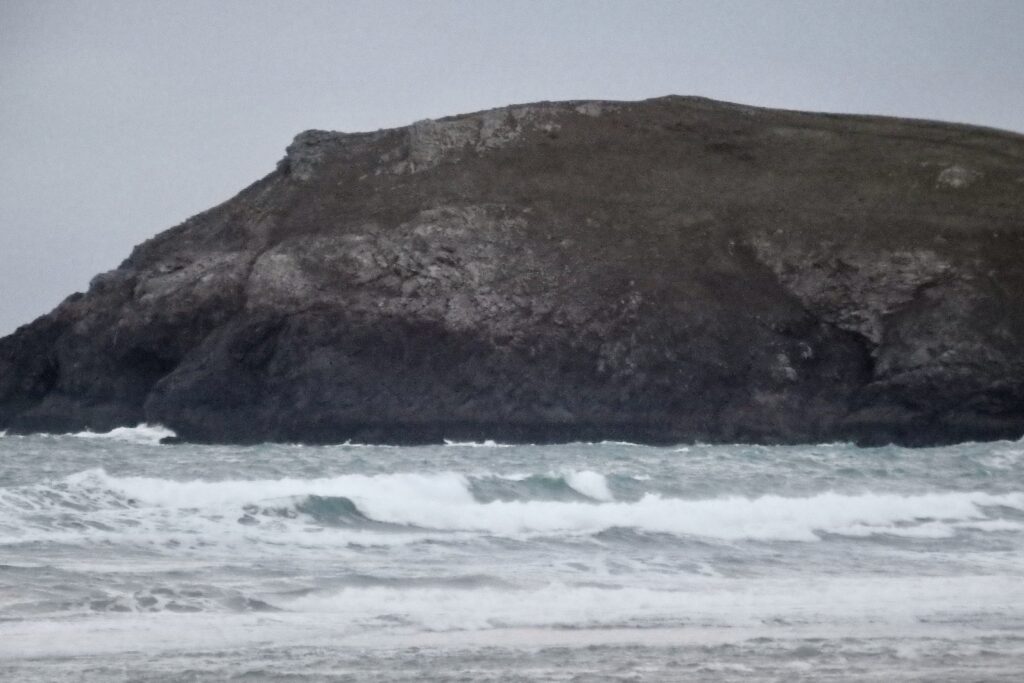 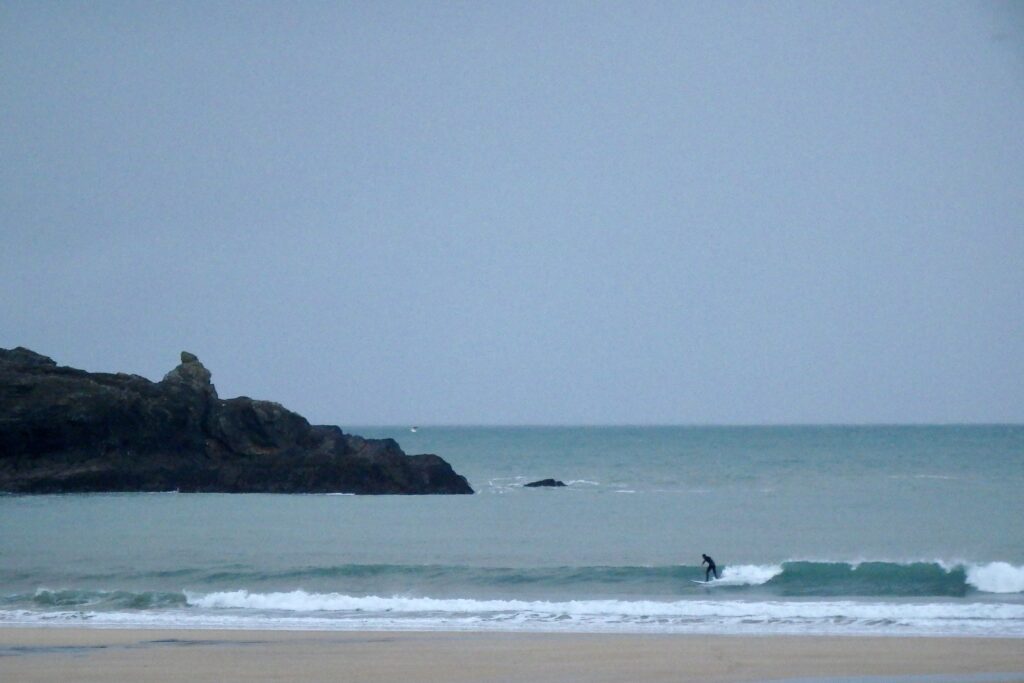 A couple of feet and bigger of smart and sharp, smooth faced waves are snapping hard at the low tide sand of Harlyn this morning, occasional set waves twice that size occasionally tripping up off the Rock.
A couple of guys are out and enjoying the early morning solitude of Harlyn in December.
The tide should push some extra size into it as the breeze backs a few more degrees to the south just to smarten things up even more for later! 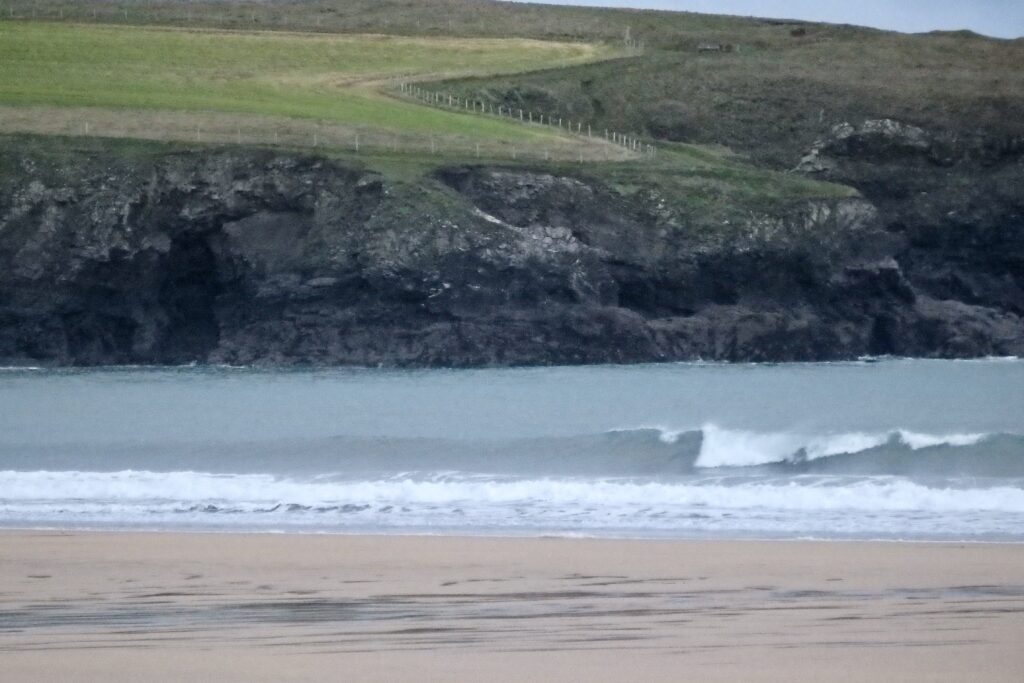 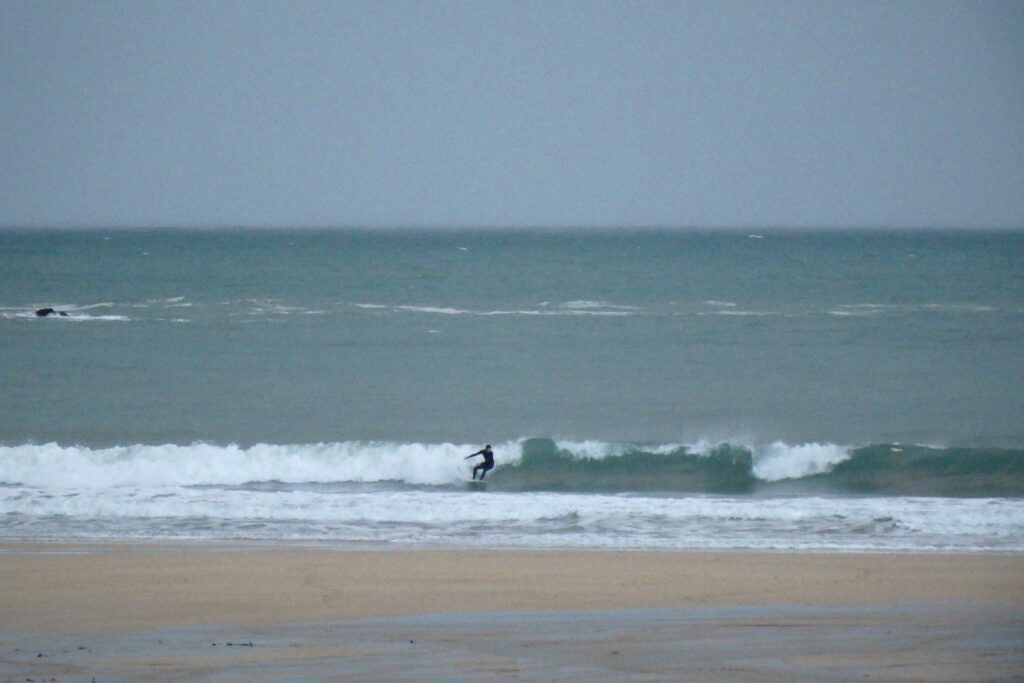 Westerly winds are going to be pushing a booming swell onto the cliffs and shores of our already storm battered coast today, that six to eight foot thick and lumpy swell being torn ragged by the onshore winds.
With a little bit of searching about we should find some good waves to ride, especially up those creeks and around those tucked away little headlands too.
But take it easy, there could be some big waves about today!

The wind looks as though it’s going to gradually strengthen as we cruise through this weekend, the weather threatening to test the marquees at Padstow Christmas Festival but not putting anyone off the lure of fabulous food, drink and great company.
Starting out steady and mainly from the south west through Friday morning it won’t be long before westerlies and then north westerly winds will ruin the surf conditions even Harlyn. Before that though we should have a morning of four foot tubes at Harlyn!
By Saturday that wind should gradually ease back to the south west allowing Harlyn to bowl and barrel again. But that might not happen until later on Saturday morning or early Saturday evening.
The surf is likely to have another push of swell by Sunday bringing it into the ‘big’ size range by Sunday afternoon. But of course that wind will be blustering in strongly from the north nor’ west making a mess of all of our surf spots locally.
If you want some clean surf on Sunday then you’ll be wanting to skip on over to the far coast – there should be a variety of breaks over there offering some great surf choices!
And then that’s the way of it for next week too! Strong onshore winds will be pushing through some wild and woolly swell for a good while yet!
Have a great weekend wherever you are and whatever you’re doing!