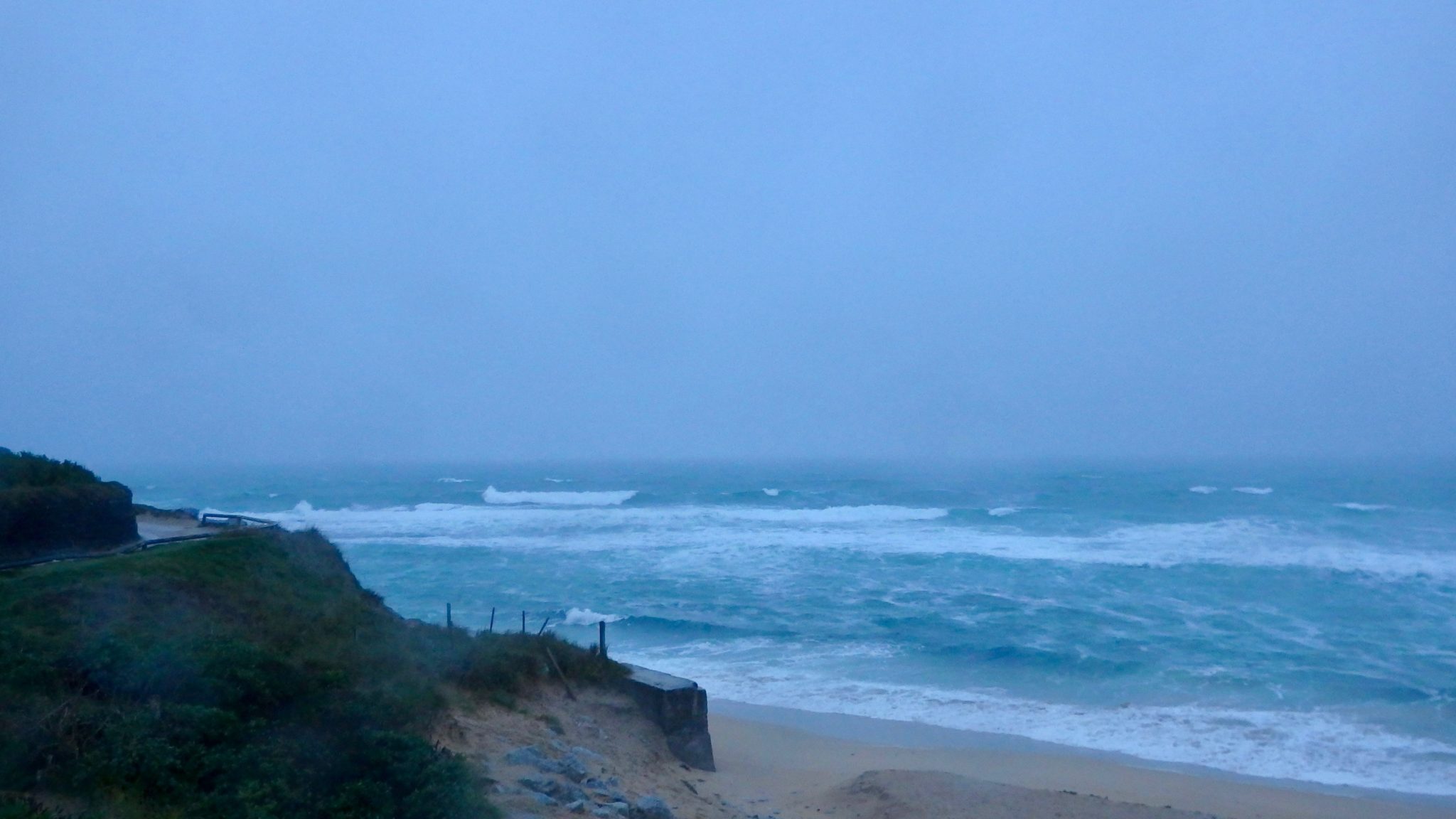 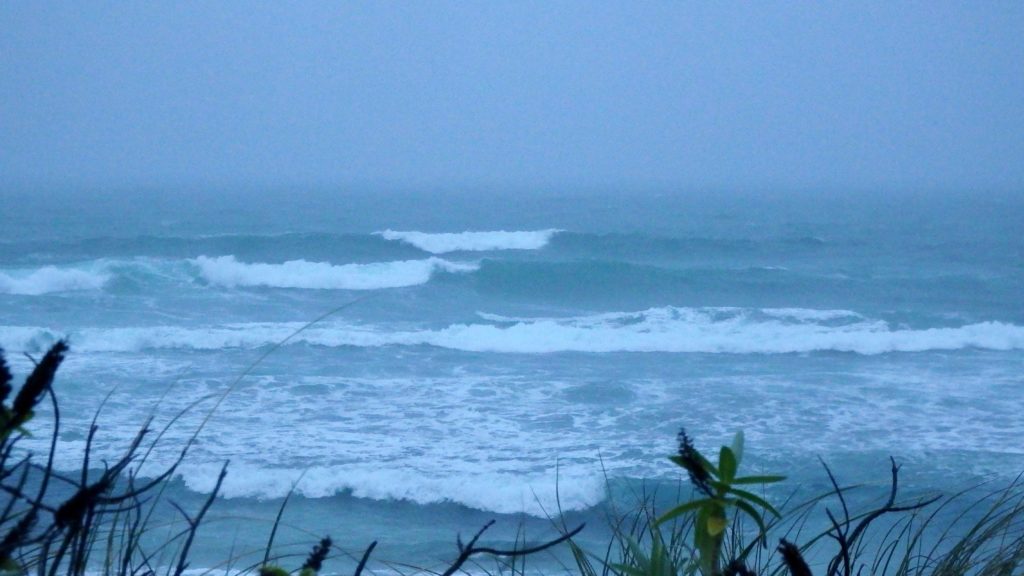 The wind is blowing hard, pushing screaming squalls across the headland while bending and warping the hedgerows and marram.
It’s as if another post summer pressure-wash is blasting away the litter and leftovers of one more up and downer of a mixed summer’s season, cleaning up the beaches and bays in preparation for the Winter to come.
The surf isn’t that bad though.
That wind is more westerly this morning, maybe with just a bit of southerly to it and so the surf is being strengthened by it instead of having to battle against it like those north westerlies that we have been suffering for so long.
But it is still choppy and sloppy!
Three to four feet of rolling and bumpy, windswept waves are tumbling into the bay, all excited and twitchy. and it’s going to build as well, especially with this wind behind it. Although the wind should ease through this afternoon, just as the sun sneaks its way under that grey canopy(?!). 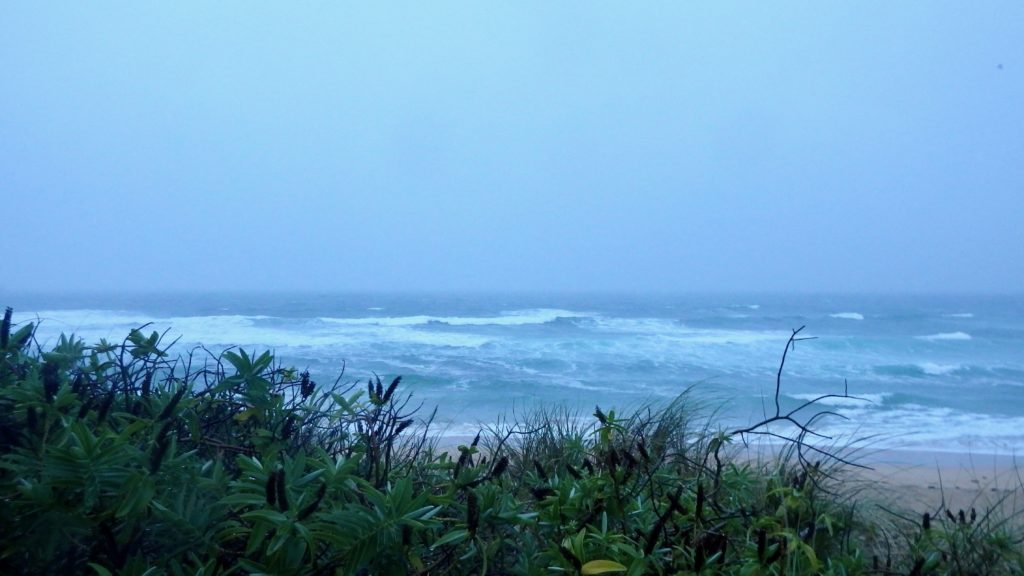 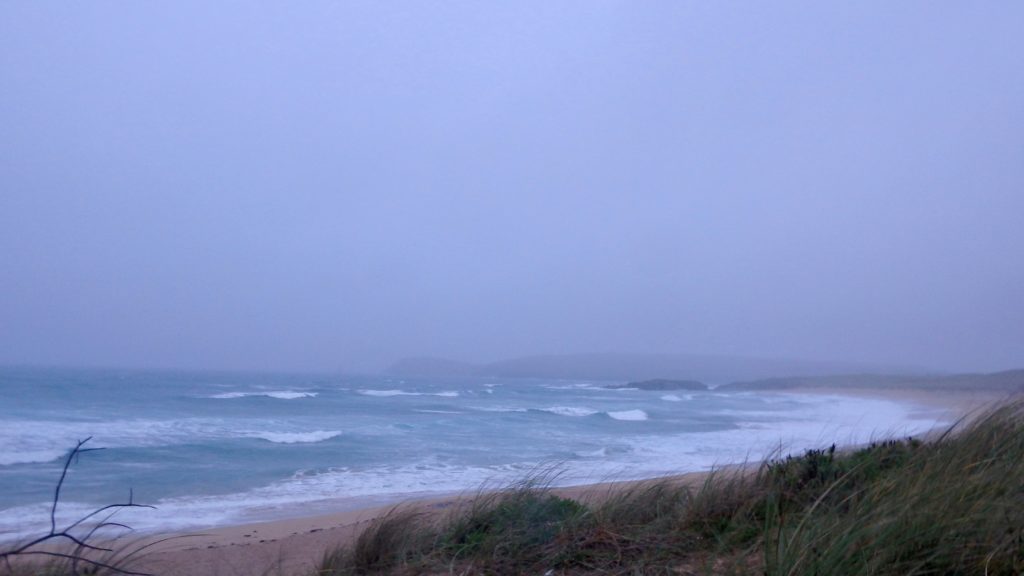 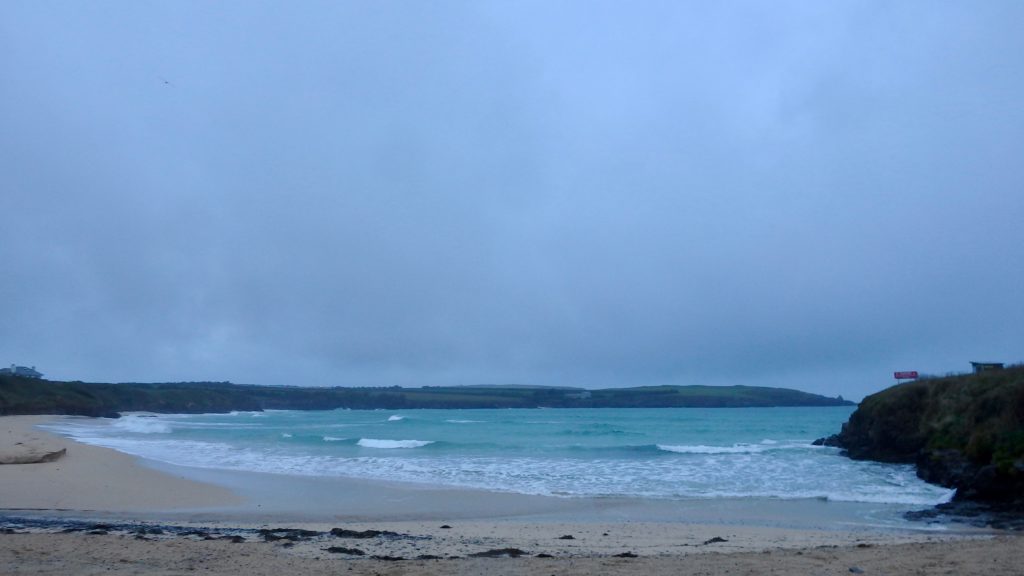 The wind is almost offshore here this morning but the high tide is still making for bouncy and washy conditions.
A couple of feet or so of hesitant little waves are flopping onto the high tide shorebreak, the wind holding them up before suddenly allowing them to tumble over.
the wave size should increase, even with the dropping tide but that wind will likely move more sideshore as the day goes on.
Saying that, the wind should calm through this afternoon, so it might well be worth keeping an eye on it all! 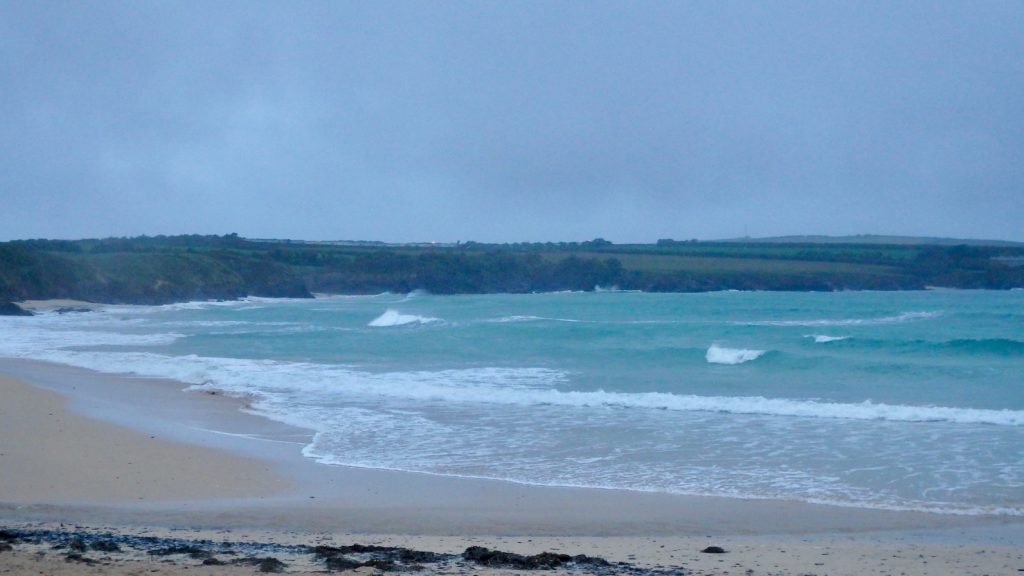 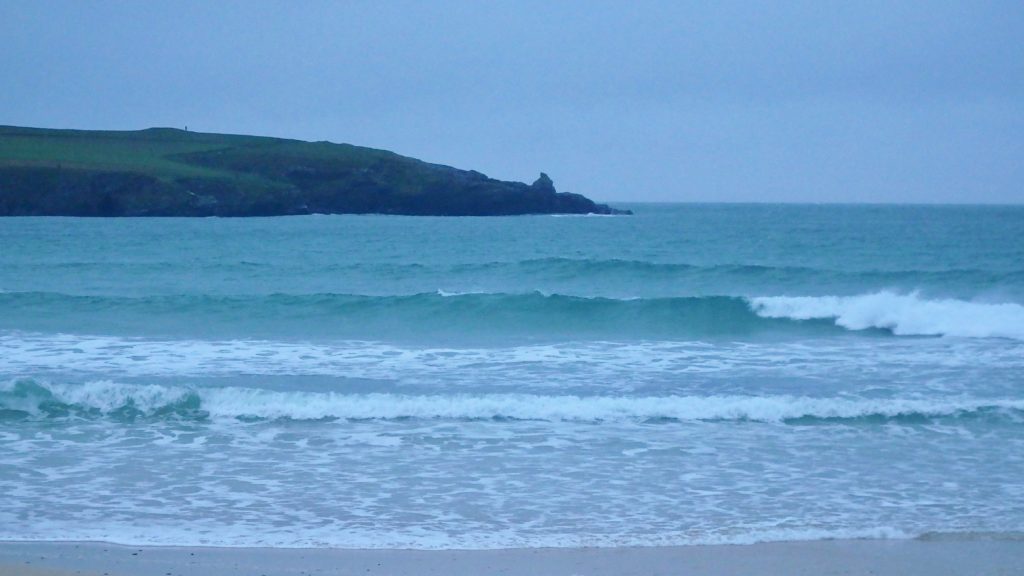 A much brighter and calmer day should be waiting for us today!
Light westerly breezes shouldn’t take too much away from the two to three fete of evenly spaced swells that will be rolling our way, the main surf breaks tempting us even if they end up being a bit crumbly.
The sunshine always helps too!

Gusting westerly winds are going to blow the cobwebs away through Saturday but those winds will also push three to four foot of rolling swell our way too!
If that wind keeps a degree or two of south in it then Harlyn should be sweet with smaller but clean surf rolling through on Saturday morning. You’re going to have to time it right to get the best from it though, that wind will soon settle to the west just adding some chop and bump to it all through Saturday afternoon.
We should be enjoying lighter breezes through Sunday those breezes will quickly shuffling back to the north west, onshore everywhere.
With those breezes calming all the time though, conditions should clean up at all the main surf breaks through Sunday afternoon, the brighter sunshine making it look better too.
And then it looks like south westerly winds will return to start the week, pushing more and more swell our way as the week rolls on!
Yep, it’s starting to look like atypical Autumn week enjoying the smackdown delights on offer at Harlyn Bay!
Have a great weekend, wherever you are and whatever you’re doing!