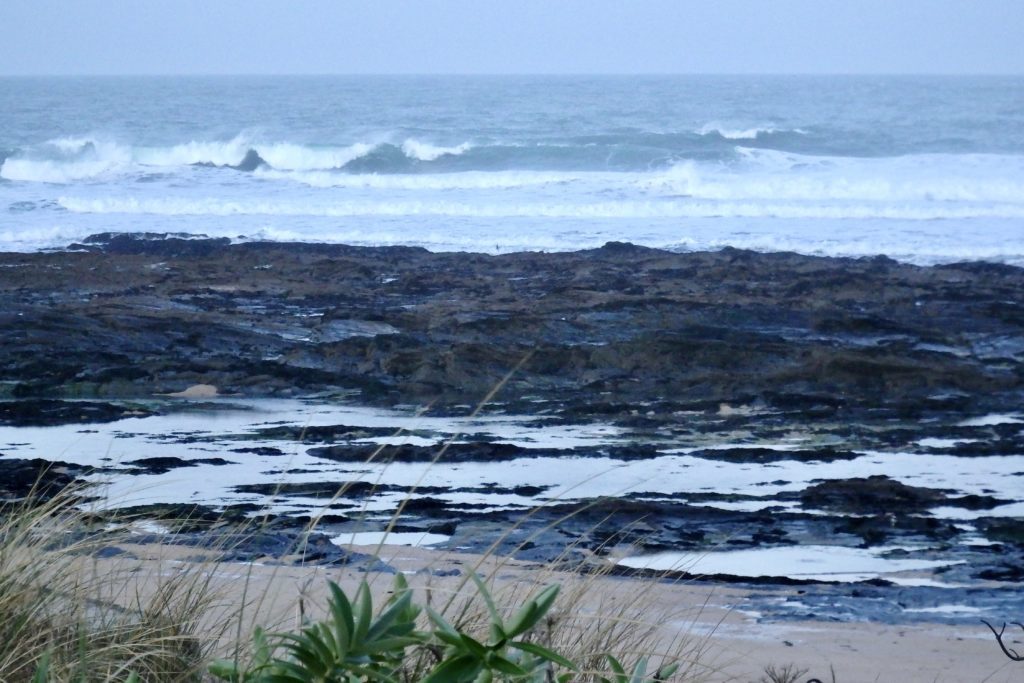 A steady westerly wind is fussing into the bay this morning as that pale blue winter sky stretches towards the horizon, another golden sunrise front lighting the thundering surf.
The wind is almost southerly but not quite and so those chunky waves are being hurried and pushed as they explode across the Reef, just missing the Point and collapsing across the Slab.
It is all a bit of a sloppy mess out there but there are some bigger sets to attract your attention, although even they are going to be the lemon next to the pie of tomorrow’s waves!
It looks like a gorgeous day lies ahead of us though, so let’s trot on around to Harlyn to feast on the glories over there! 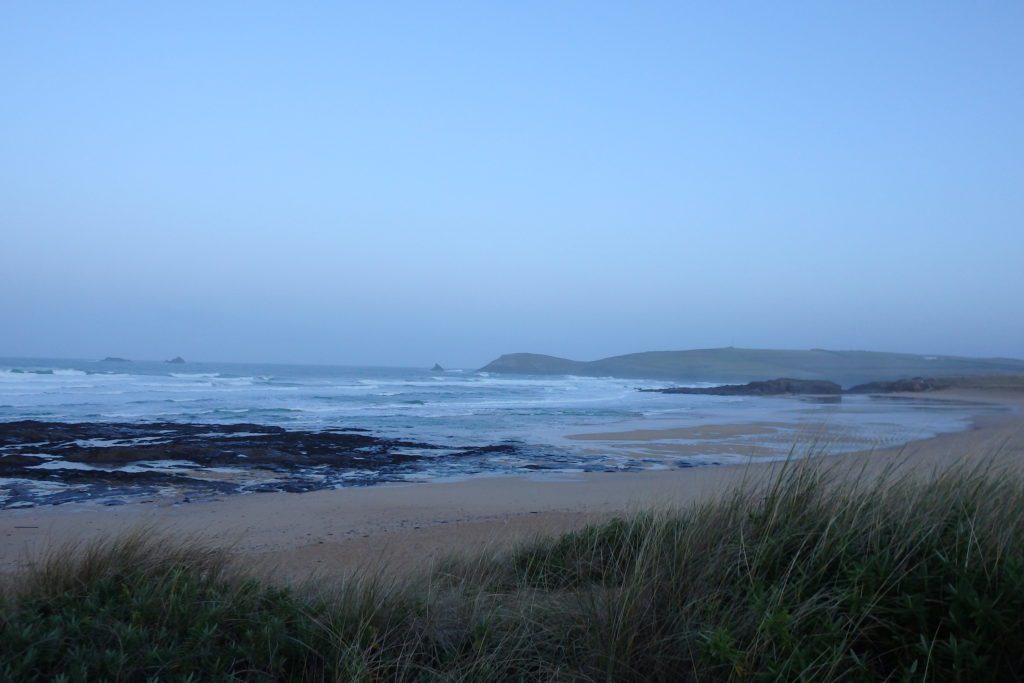 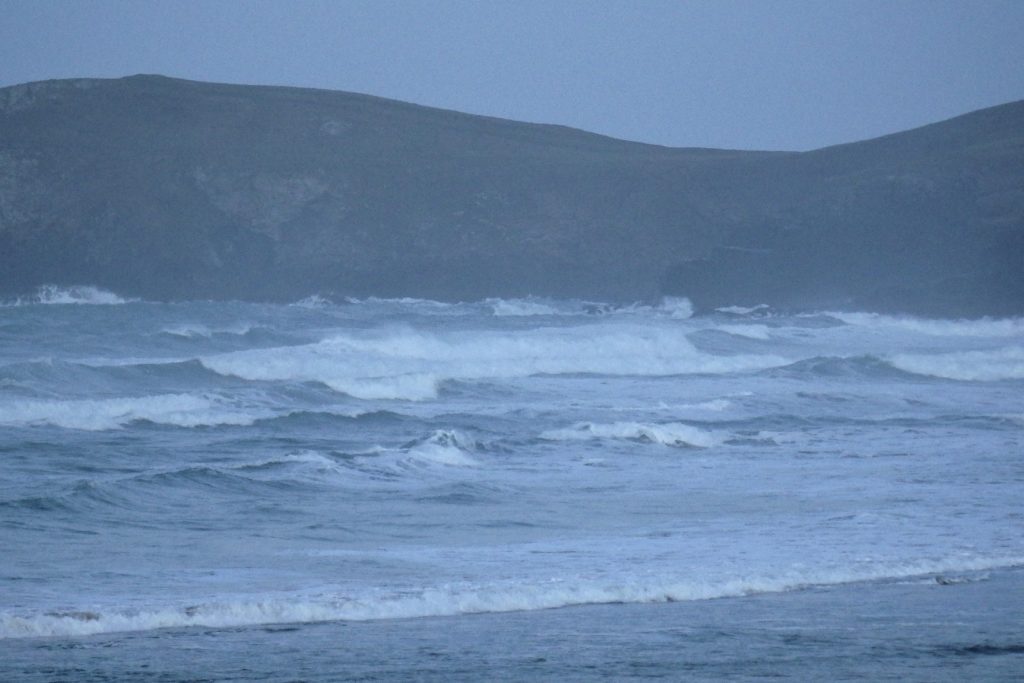 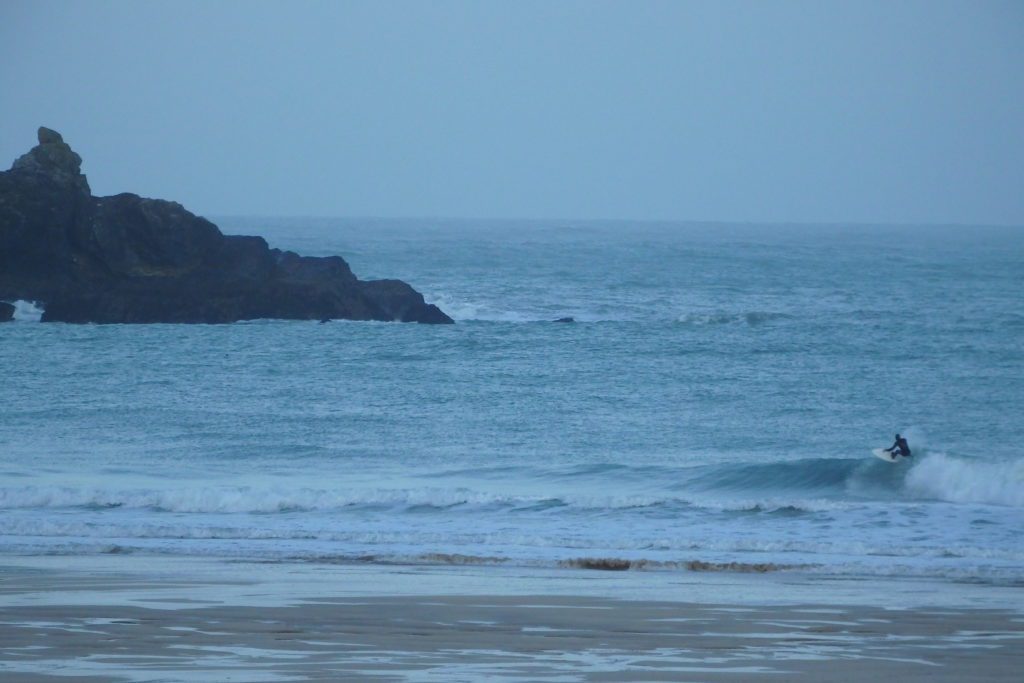 The car park is already bustling at Harlyn this morning, alive with a little buzz of anticipation of some decent surf to come.
But it’s not here yet.
Right now three to maybe four feet of wind bothered and indecisive surf is tumbling into the bay on the dropping tide and so back-offs, double-ups, close-outs and dumpers are all on offer. But as the tide sorts itself out and the wind backs more to the south west we should start to see something hollower and cleaner and a little more organised.
And then it’s going to get BIG! 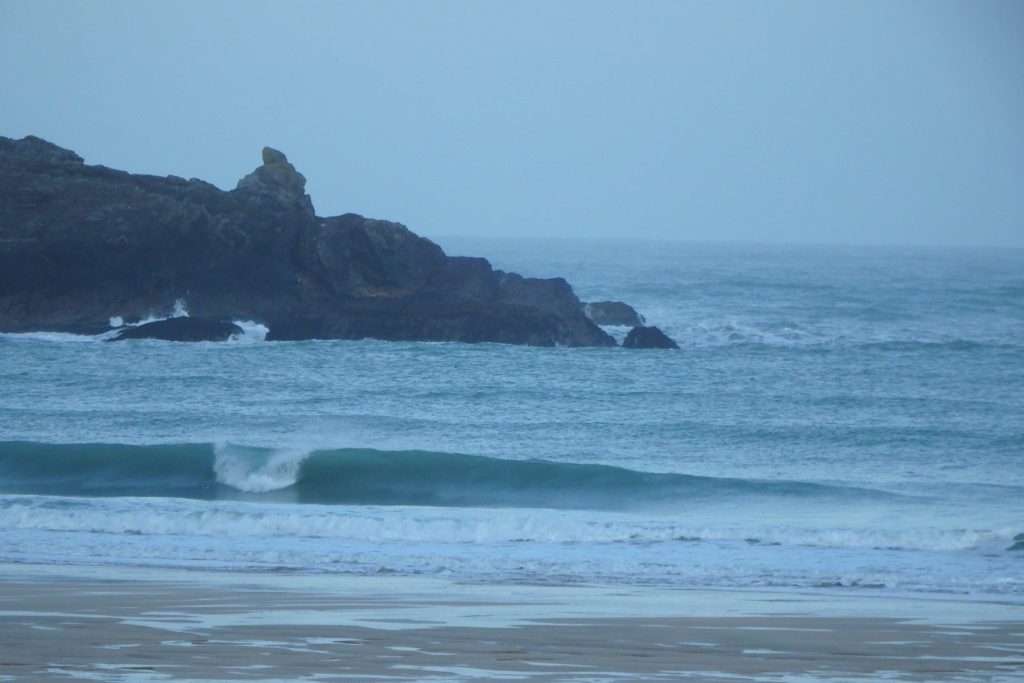 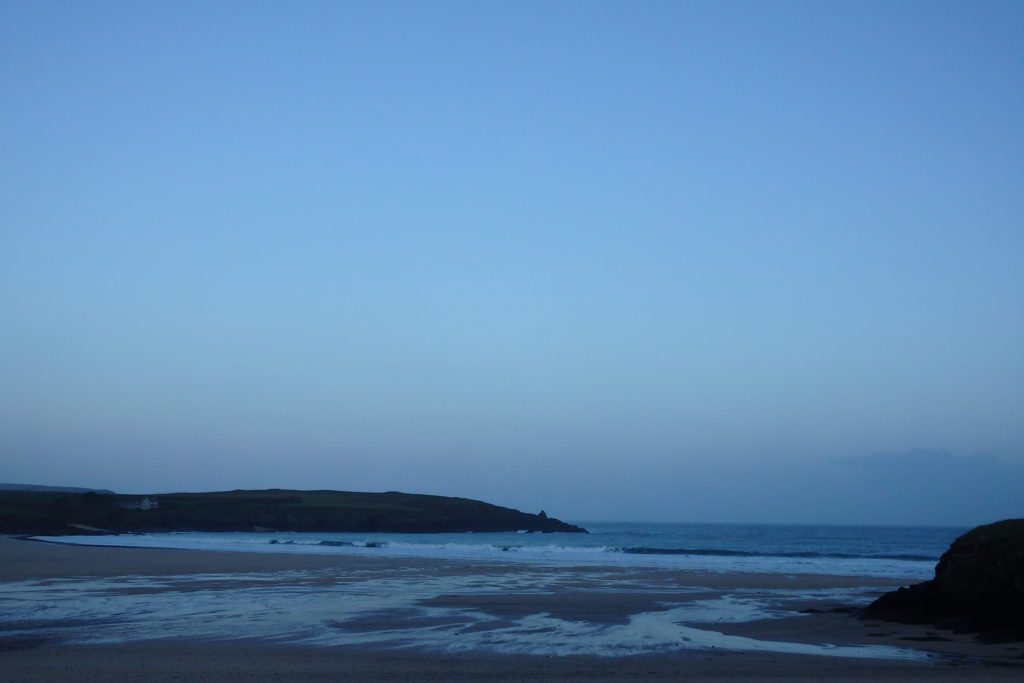 Howling winds and thumping swells are going to be storming our coast today, perhaps not the biblical onslaught that the dumbstream media are heralding but it will be big, bad and dangerous!
Enjoy!

You have probably already noticed that Storm Ciara is on her way?!
It has to be one of the most publicised storm arrivals of the Winter but then it is hurtling across the Atlantic very quickly so I guess that it will be packing a lot of energy from that hitched ride on a superfast jet stream!
So we can look forward to roaring winds and mountainous seas getting bigger and stormier as we roll through the weekend!
But in amongst it all we might just see some big and hollow, reeling Harlyn. Saturday might just reward the fit and the brave with some seriously fun six foot beasts to play amongst.
And then it is going to get BIG!
And windy.
Sunday is likely to be out of control everywhere except at those most sheltered and tucked away spots, those places that only break on the biggest of storm swells.
But even they are likely to be windswept and swirling.
So, if in doubt – don’t go out!
Have a great weekend wherever you are and whatever you’re doing!