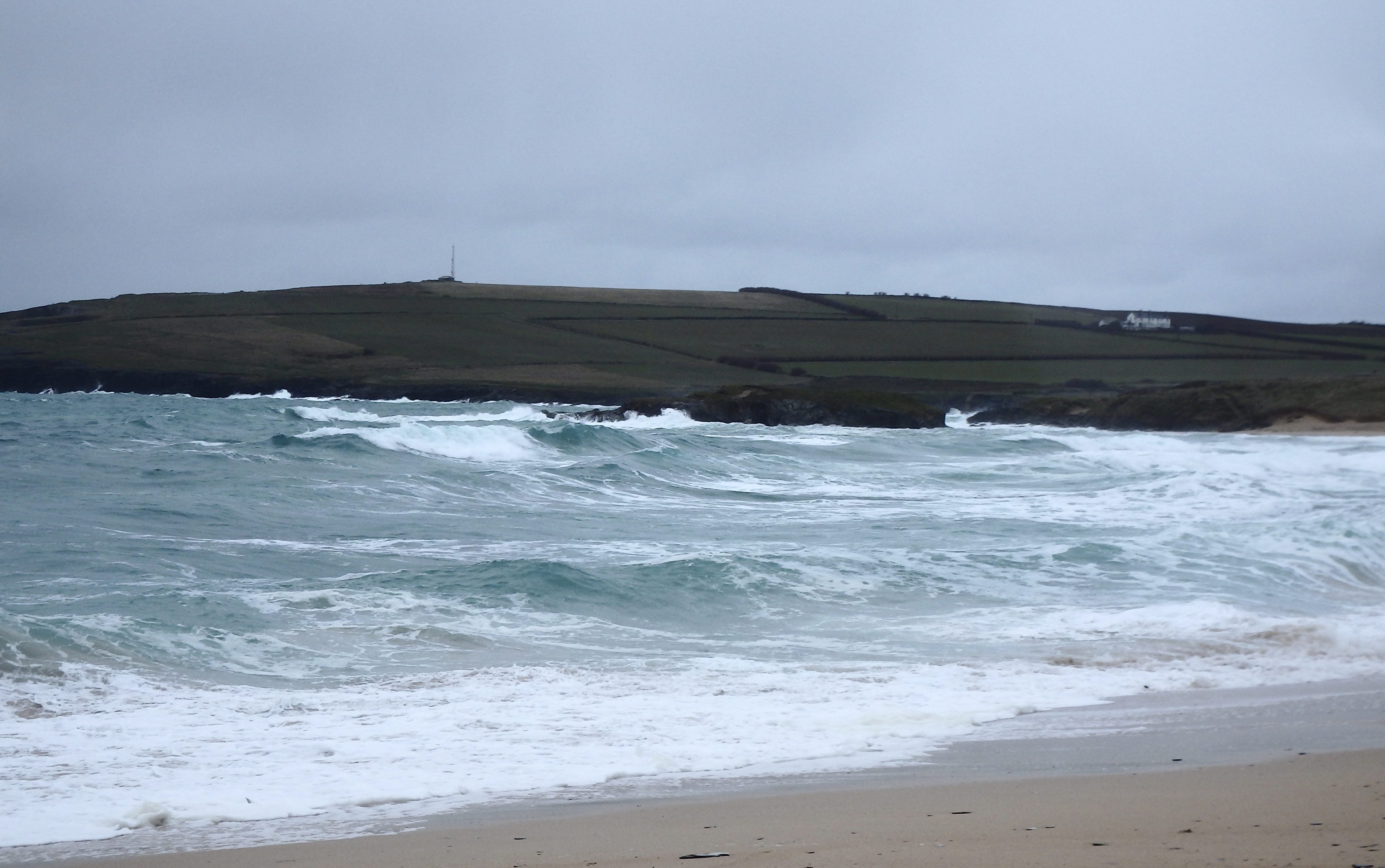 A chilly, wet and breezy Saturday morning is slowly waking itself up while great walls of grey cloud shuffle across the fields, those very wintery showers splashing cold, cold water in our faces.
The surf is a mixed up mess of three foot slop again this morning, a windswept bay of waves in a super high tide.
That surf will increase in size throughout today, probably doubling, maybe trebling in size by this evening. And with a forecast switch in the wind direction to south west, Harlyn should be calling by later this afternoon. 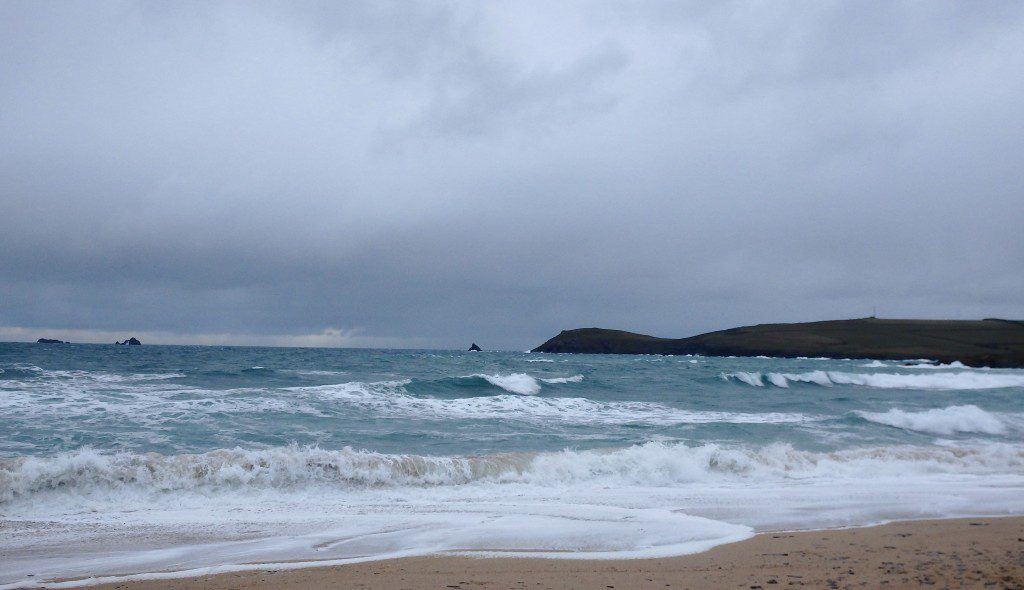 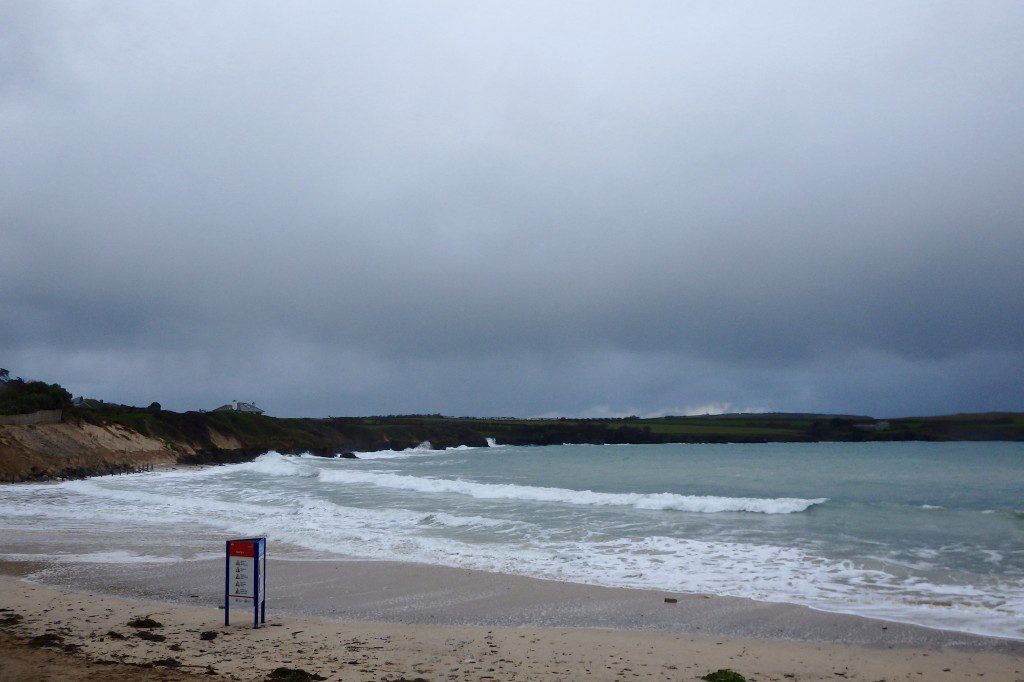 That super high tide is creating new breaks along the sand this morning.
It is a bit of a shame that the surf isn’t bigger but probably a relief for the property owners bordering the normal high tide line.
They will have to be vigilant tonight though as the swell should have doubled or more by the 8 o’clock high, although the high tide should be fractionally lower than this morning’s.
Anyway, right now the surf is a couple of feet, the wind onshore and cold from the north west again and making a mess of those deeper water peaks.
It could just be a very different place by this evening! 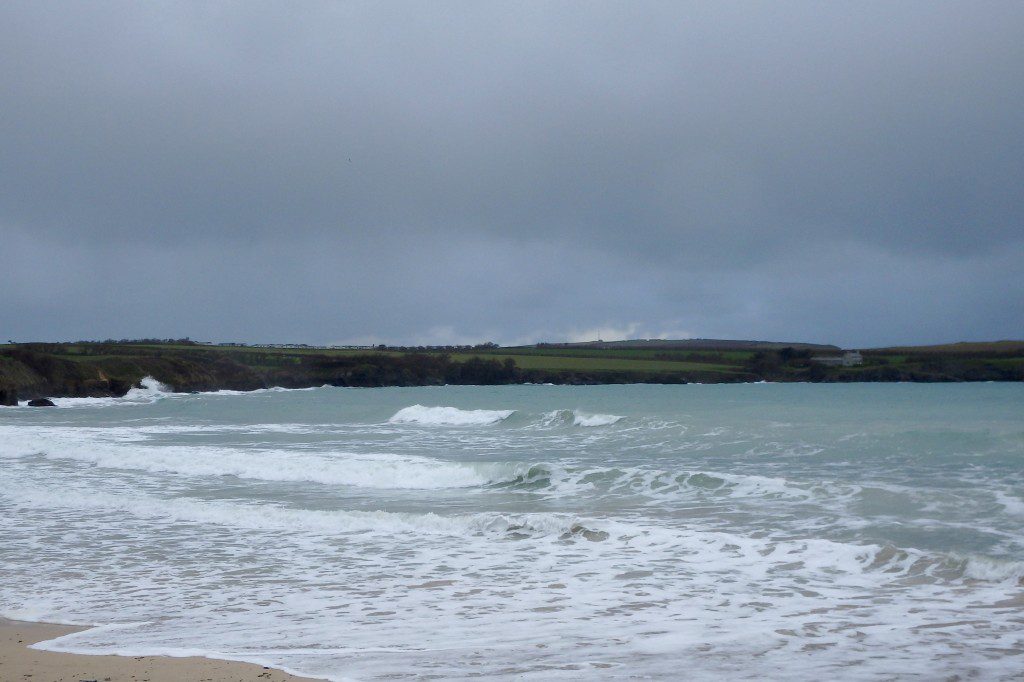 Offshore winds are likely to be hurrying along to buffer a four to six foot swell today, the wind maybe winding itself up into a bit of an angry blow through midday.
They postponed the Margaret River Drugs Aware Pro surf competition in Western Australia for conditions just like this (well, bigger but similar)!  But I have feeling that we might all just relish these conditions after all those onshores!

Those growling onshore winds are going to carry us into the weekend with a fresh west nor’ westerly wind blowing in on Saturday morning, making a mess of the bigger swell.
Starting out maybe with a little north to it, the wind should very gradually slip westerly and then eventually end up south westerly, allowing some clean and pleasant three to four feet plus surf at Harlyn.
The weather should be reasonably bright but with a constant threat of something darker and wetter nearby for most of the time.
By Sunday we might just be enjoying a south easterly wind briskly blowing offshore at all of our main breaks. It is likely to be a grey and damp one with some extended periods of rain but the swell is likely to be in the ‘large’ range still, making for some testing surf to ride at some of those more exposed spots.
It could be worth getting on it fairly early, the wind might just blow too strongly as the day goes on.
And then the start of the week is looking a little more promising with lighter offshores and a still lively swell to get us going!
Have a great weekend, wherever you are and whatever you’re doing!