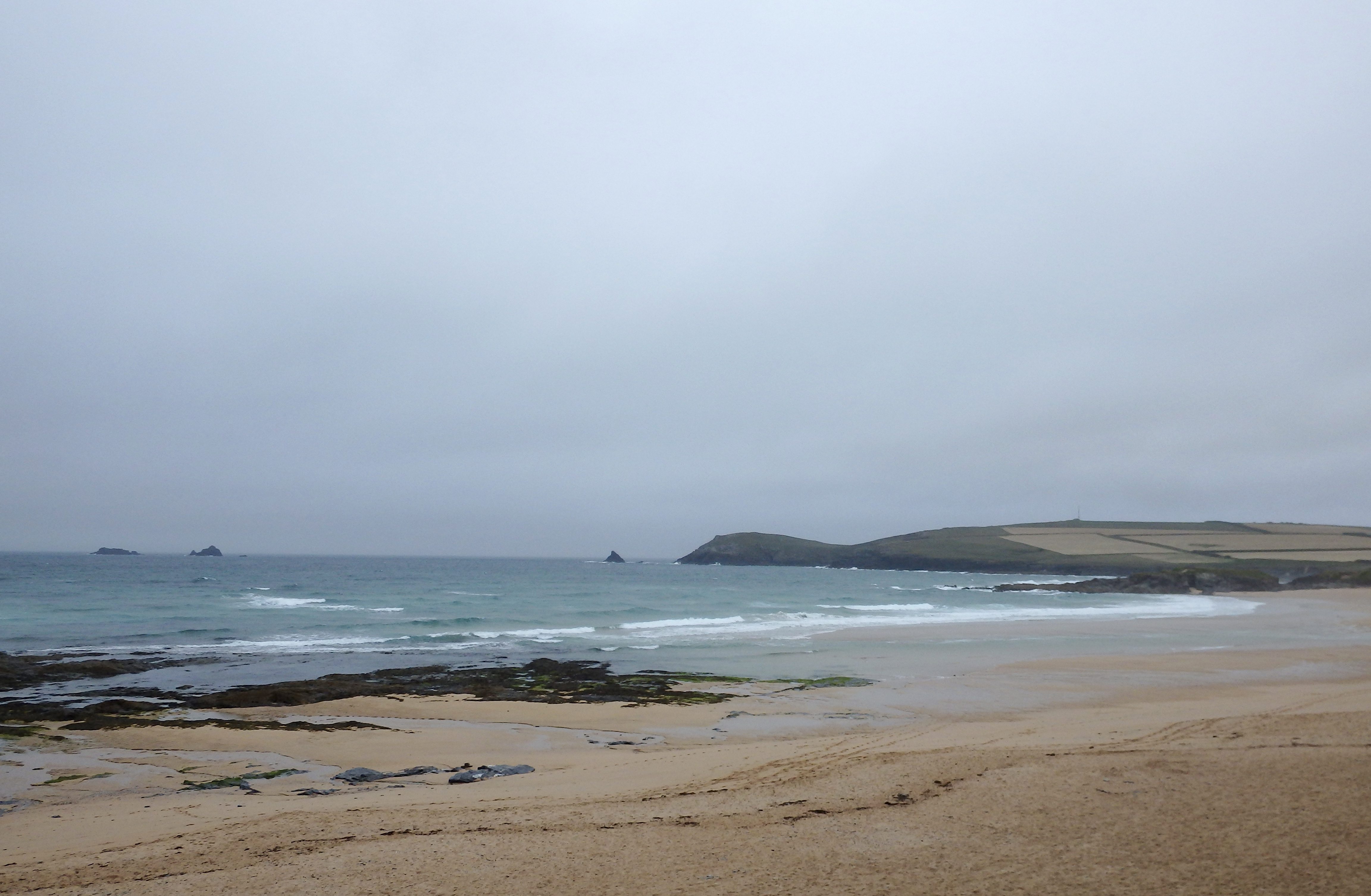 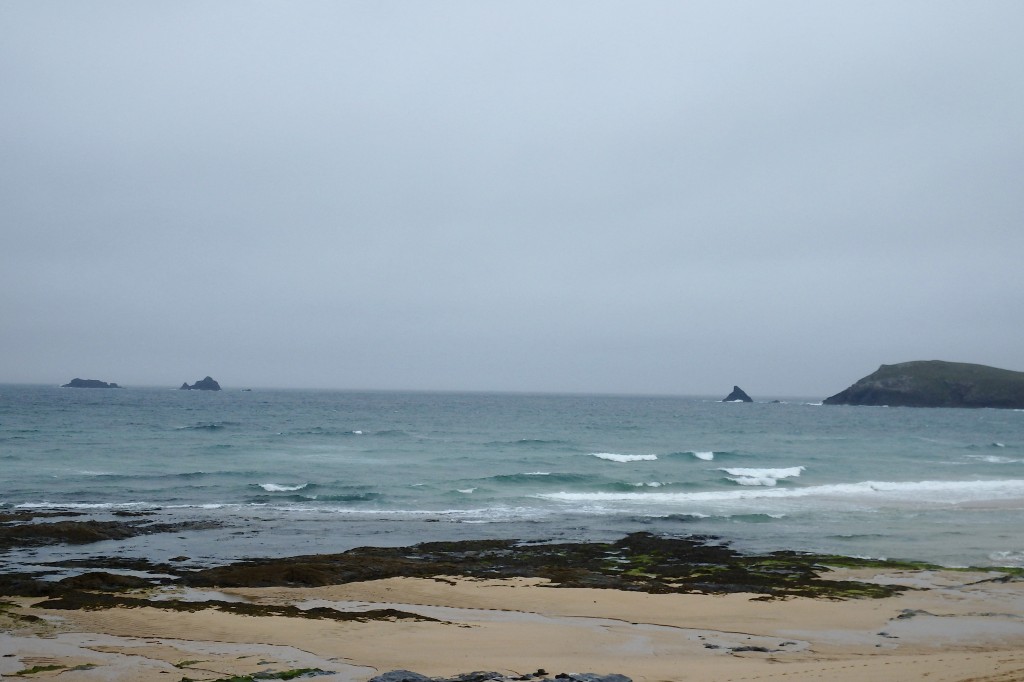 It’s a windy one this morning, that brisk sou’ wester bending and bowing the lush and blooming hedgerows, bushes and trees while casually trashing the not very big surf.
There’s a couple to probably three feet of windblown and chopped and slopped junk surf faltering its way to shore, a hesitant and twitchy kind of surf, which usually means a lot of paddling with only occasional rewards.
But it can be fun in these conditions, sometimes, especially for the fly guys, the more nimble amongst us who use those flopping and folding little waves as ramps to the skies!
And it is likely to build quite a bit as the day rolls on. It could be twice the size by this evening. 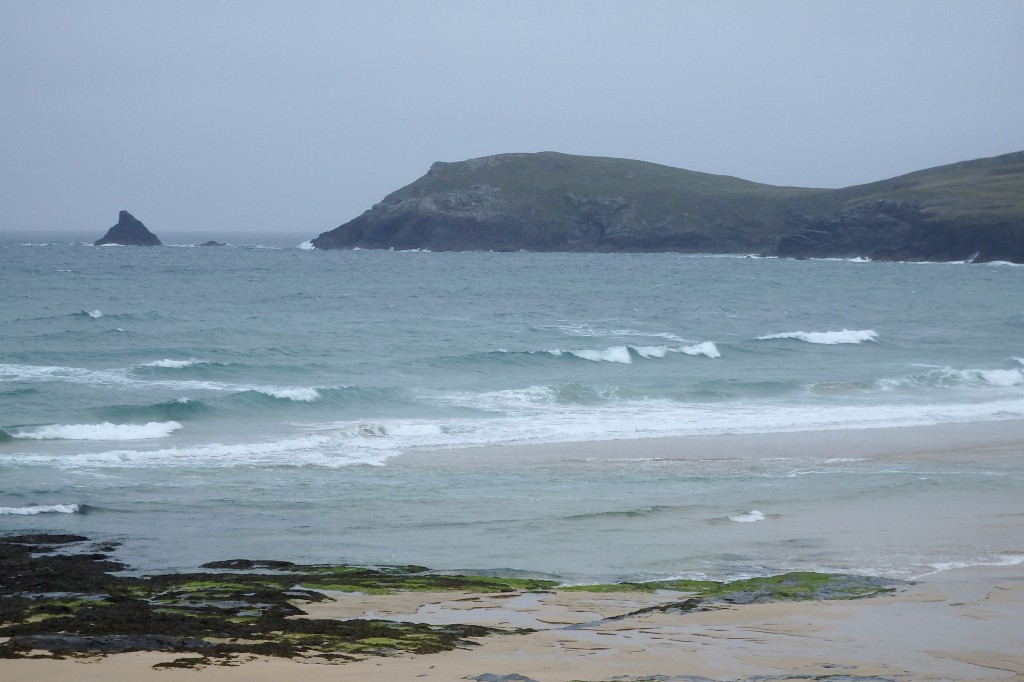 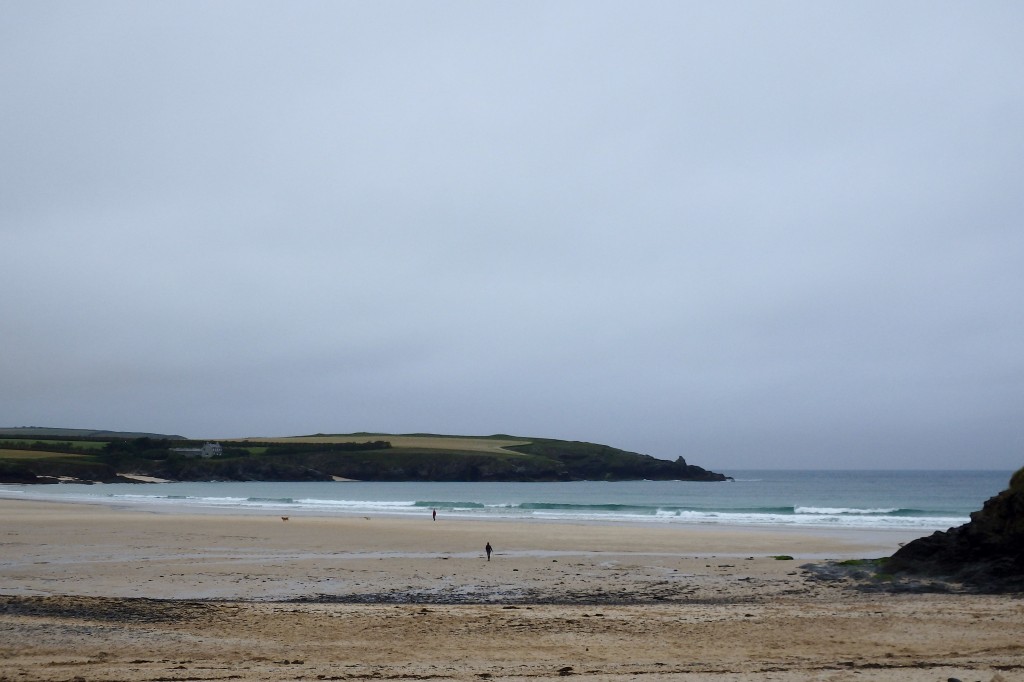 There’s a frustratingly clean and sparkling foot or so of crisp and smooth little surf snapping ashore at Harlyn this morning. This south sou’ westerly wind is pretty much straight offshore here, allowing those tiny little waves to stand tall before slapping the shallows.
But that same wind will be supporting a building swell through this afternoon and so we should see some increase in size as the day goes on.
There could just be some fun and clean and bigger surf here on this evening’s tide. 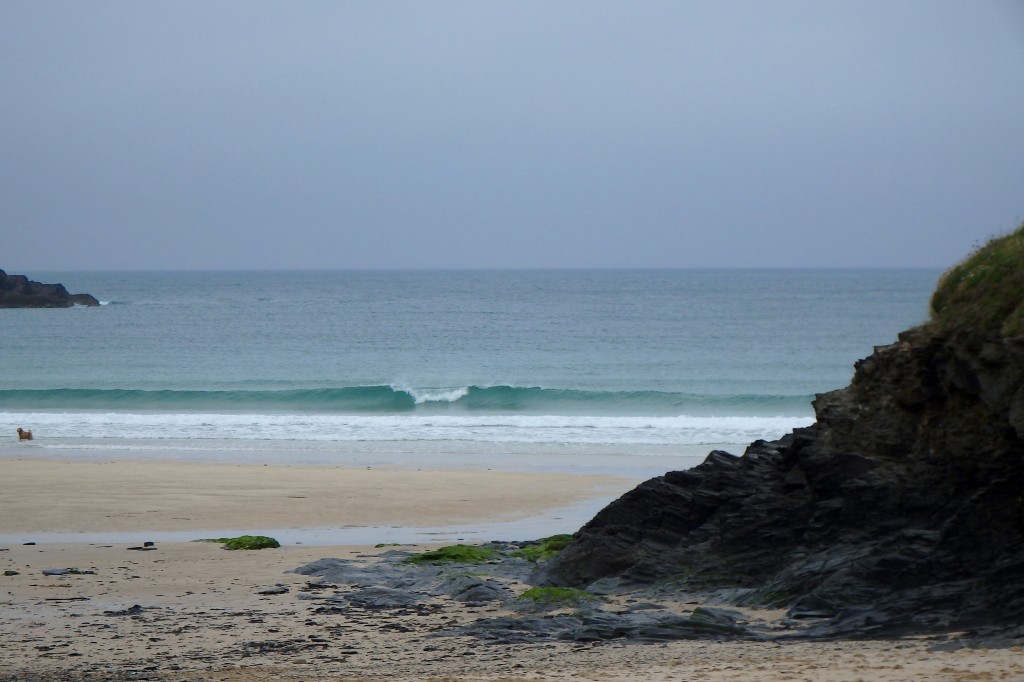 A strong south westerly wind will have been supporting that already solid four foot swell overnight and that should result in some decent sized swells rolling along our coast through today.
Five feet of rolling and windblown swell should greet us in the morning, that patchy sky showing plenty of blueness between the odd squall.
And all of that is pretty much the perfect recipe for a clean day’s surfing at Harlyn!
We should be enjoying some thick and hollow, sand drenched barrels at Harlyn throughout the day!

The back half of this week has been a bit mixed, those onshore, westerly and south westerly winds bringing a lot of warm air up from the continent while attracting some dampness for the weekend as well.
A bigger swell should start to roll our way later on Saturday and with that strong weekend swell will come some strong south westerly winds, strengthening over Saturday evening and through Sunday. And so we can assume that a lot of this weekend will be spent surfing Harlyn in crisp and sharp three to four to five feet and offshore blown crunchers!
So the surf at Harlyn could just get quite good through Saturday afternoon and into Sunday, only slowly weakening as we go into next week. And it looks like it could become very warm or even hot too, in spite of the maybe damper and windier weather!
Have a great weekend, wherever you are and whatever you’re doing!