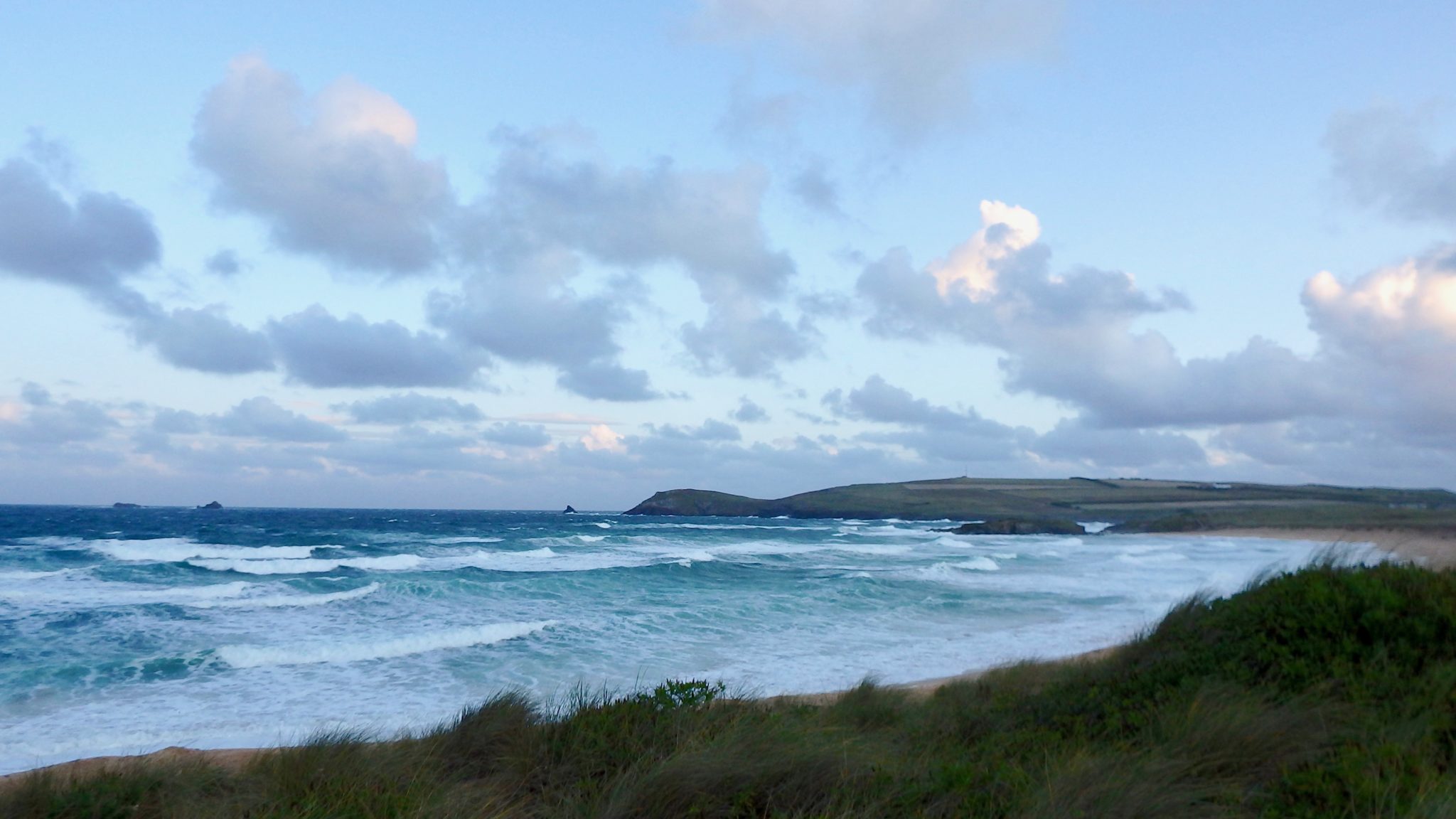 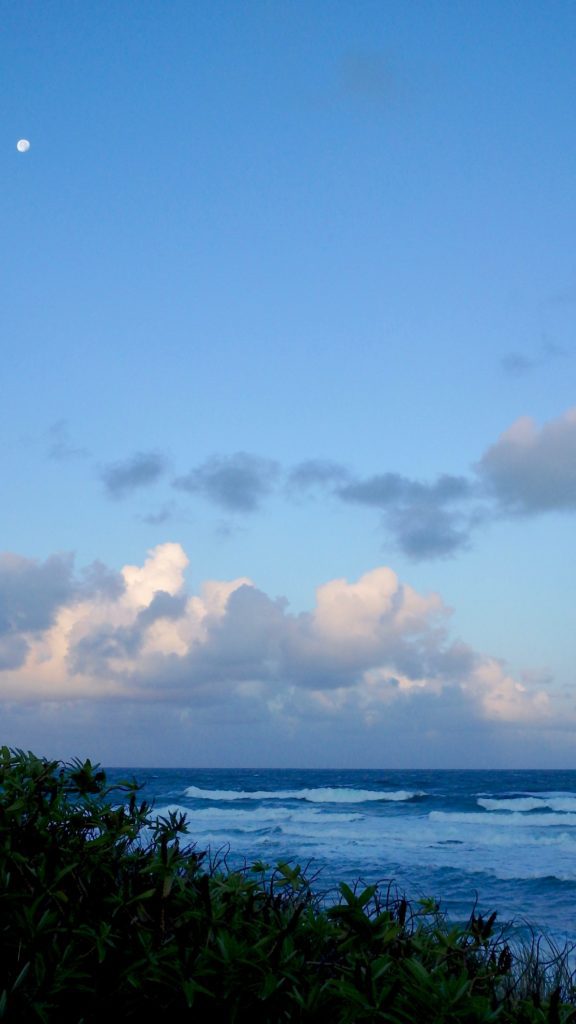 Well Autumn seems to have made itself at home quite early and quite quickly this year.
The wind is galloping in again from the north west keeping temperatures down but bringing loads of fresh and clear air but while wrecking the surf.
Four to five feet of tattered and torn, broken up surf is being flung ashore by that wind. There’s no shape to it at all as those junky and windtorn peaks just collapse as soon as they hit the shallows.
It might just be worth a trip over to the far coast to see if it’s big enough because this coast will be blown raggedy all the way along! 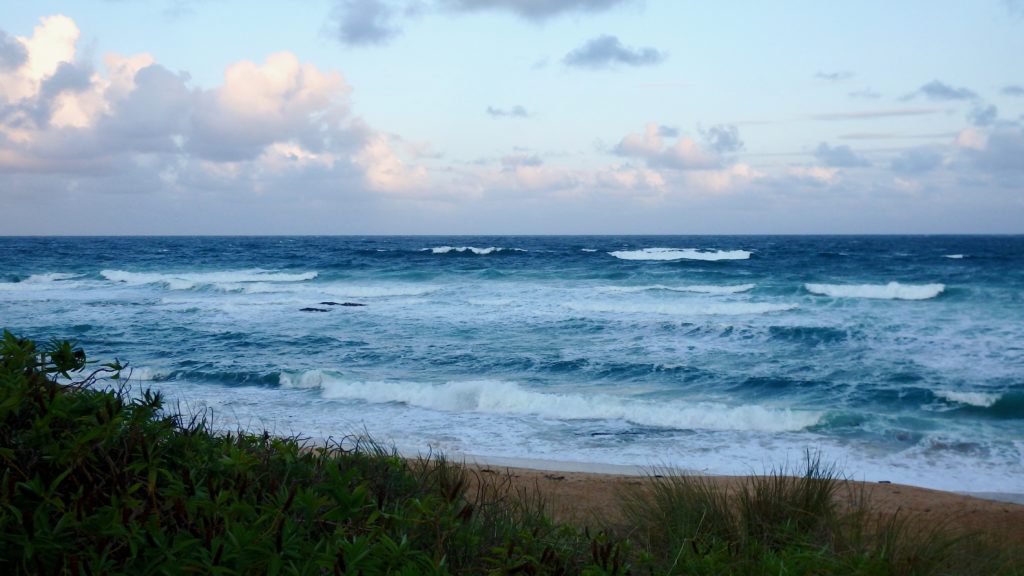 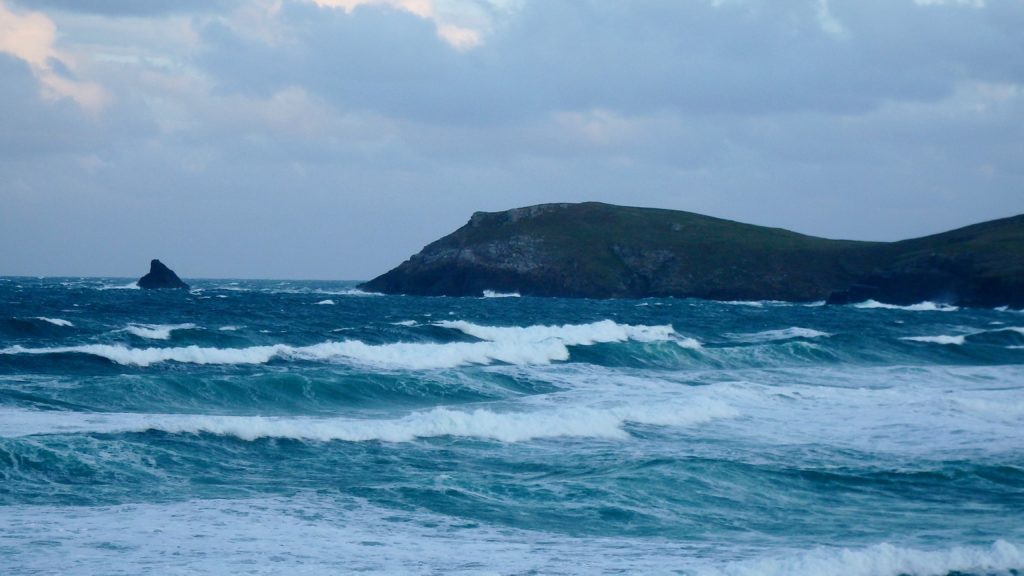 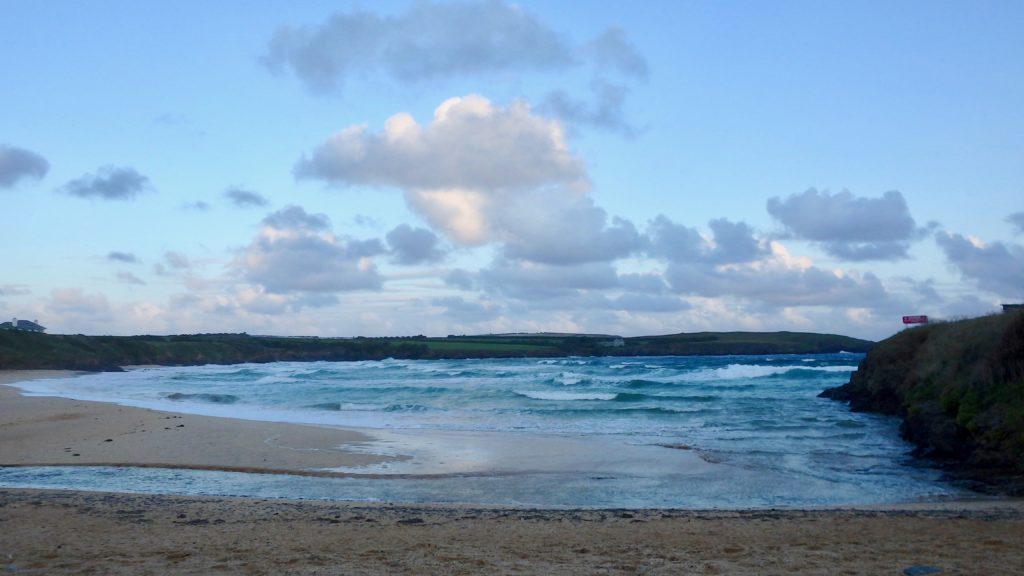 A couple of feet of windblown and raggedy, junk surf is tumbling over itself to the beach here this morning.
The wind is screeching into the bay from the north west, chilly and annoying but bringing fresh and clear air, blowing those short, sharp showers away as quickly as they arrive.
No, there’s no surf here today, well, there’s plenty of surf but just none that’s worth riding! 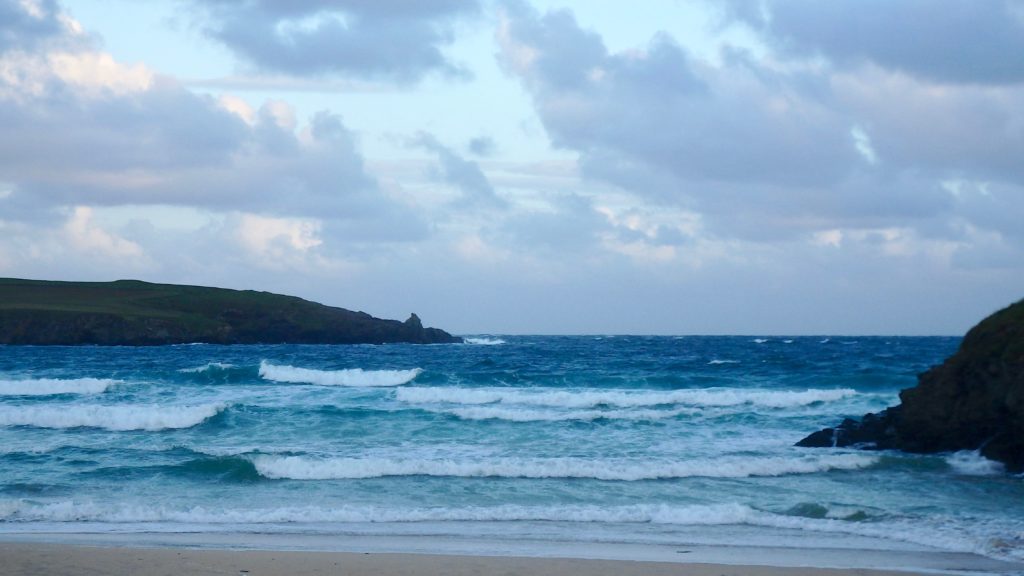 The biggest difference today is that the wind is likely to back to the south west through most of the middle of the day.
And that is offshore at Harlyn!
But the wave height is likely to be less than it has been, meaning that we are probably in for a couple of feet of offshore hollowed little close-outs for most of the time. But that should be fun after all these onshore waves recently!