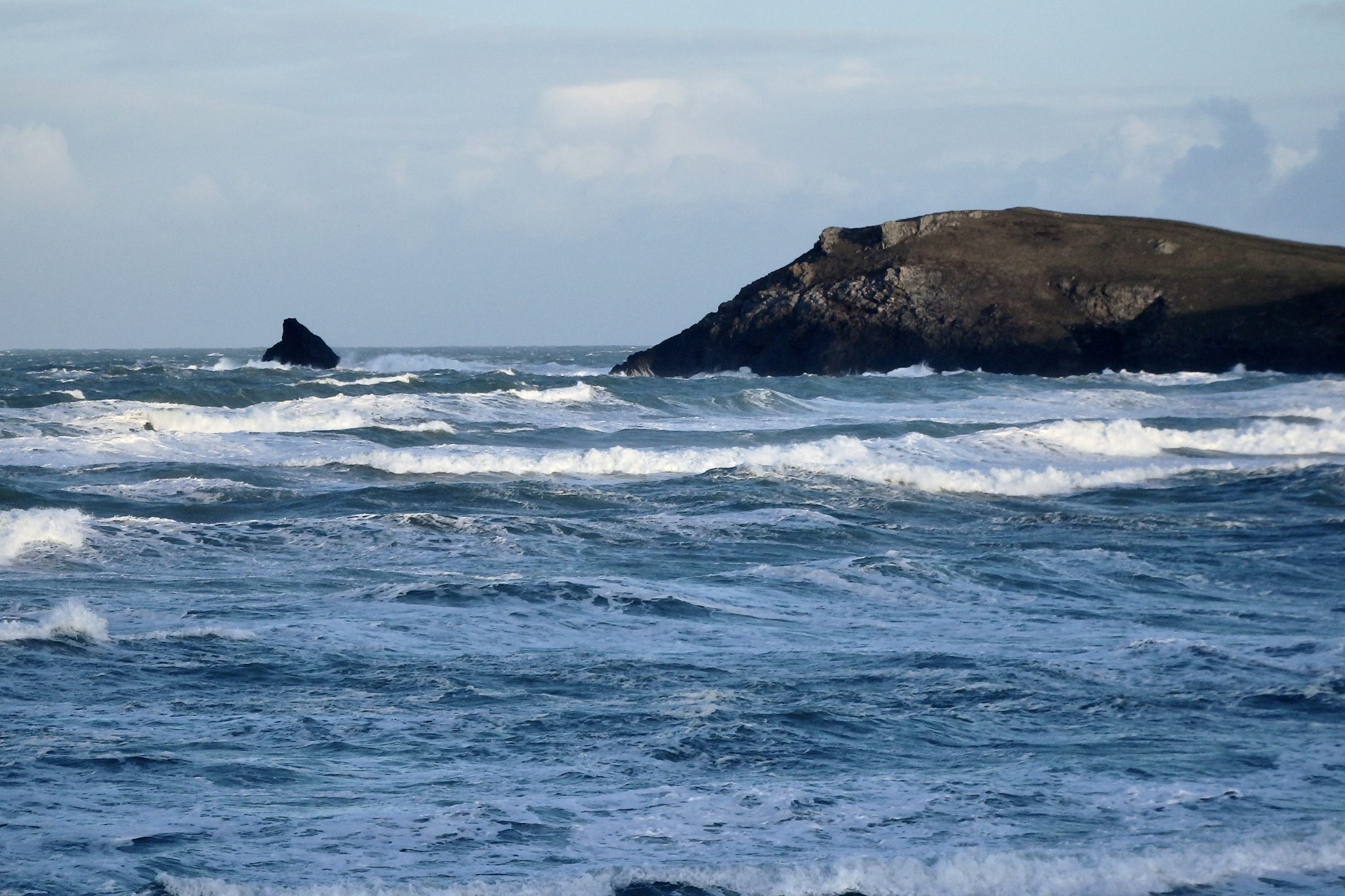 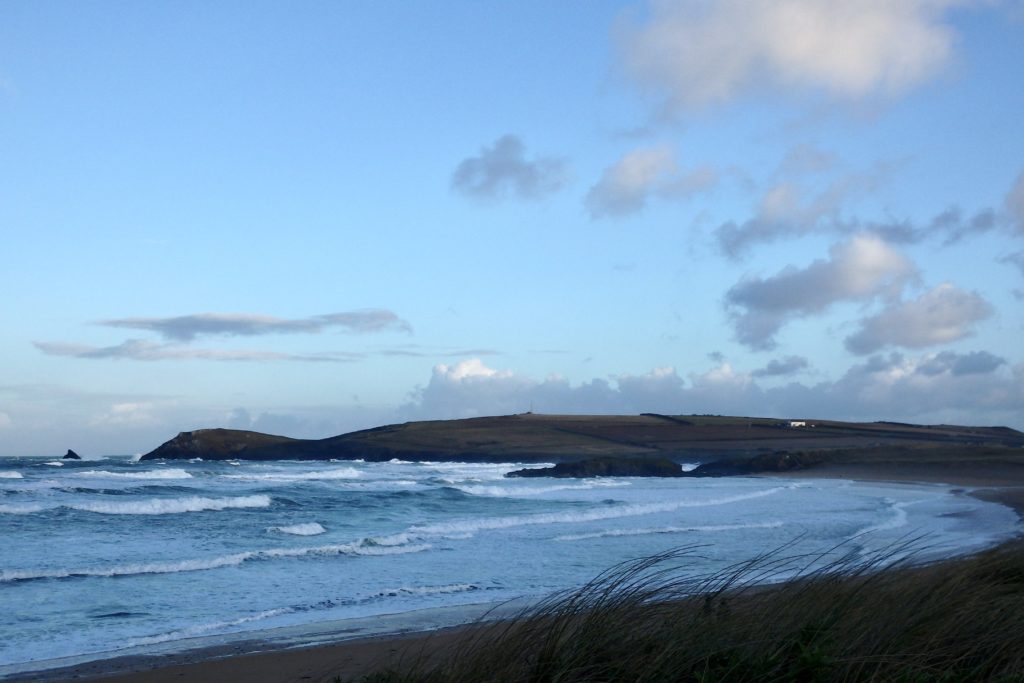 Brrr, that wind is cold again this morning, maybe colder than it has been as it whistles into the bay from the west north west. But the rain has let up for a moment although there are still dark clouds loitering just over there.
So the surf is a right old mess again, big lumps of tossed over waves being bundled ashore by that wind. There are some big waves out there but with no shape to them at all. No, the nearest surf that you’re going to want to ride is probably on a different coast again today! 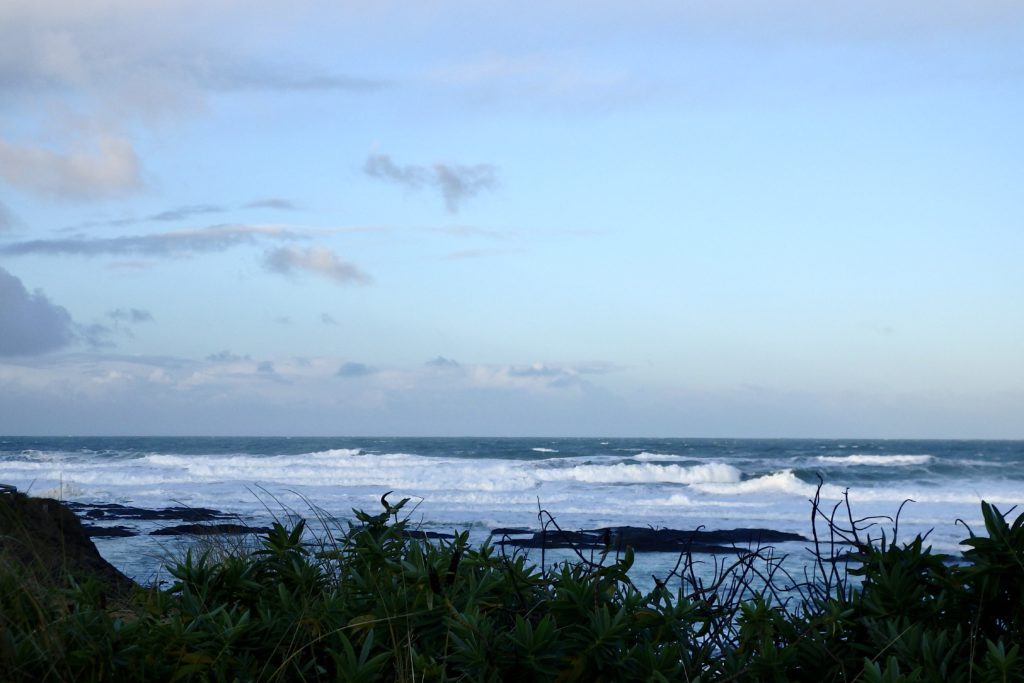 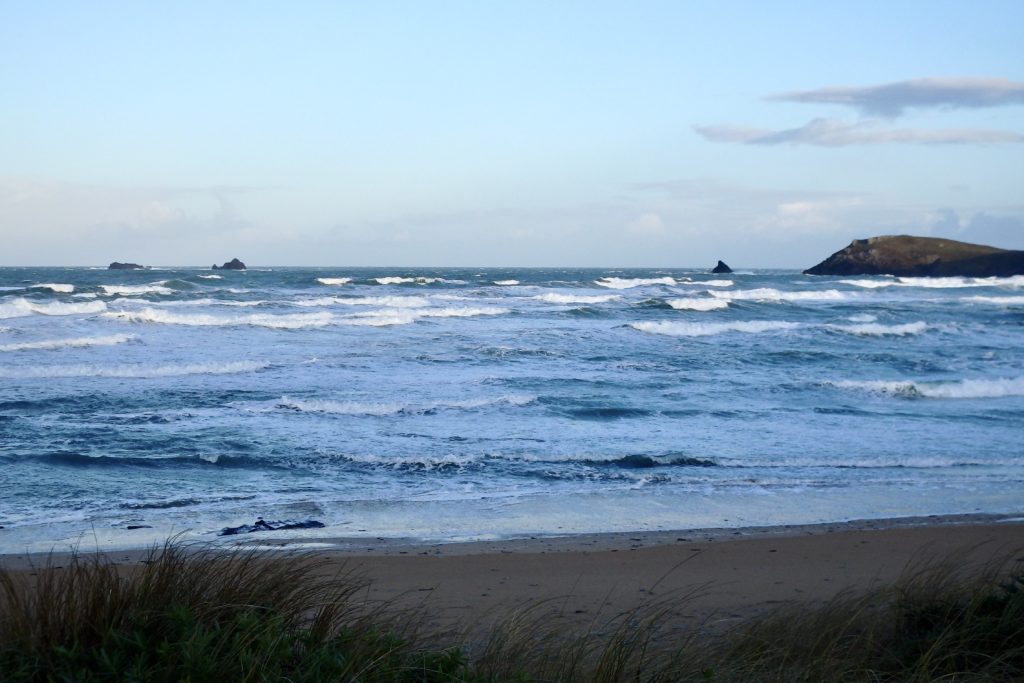 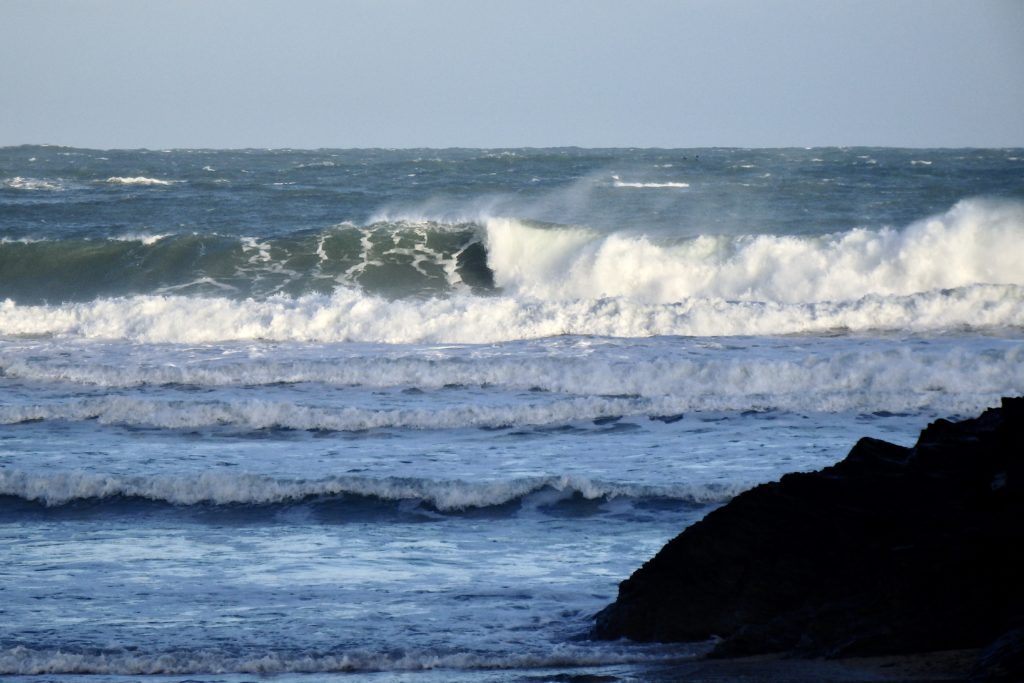 The beach is deserted again this morning, no surprise as that super-cold wind whistles sand across the bay while chopping and churning four feet and bigger of uninviting and very wintery looking storm surf.
But, as always it still manages to be a cool place to hang out though. Bleak and barren and windswept and cold but kind of nice too. 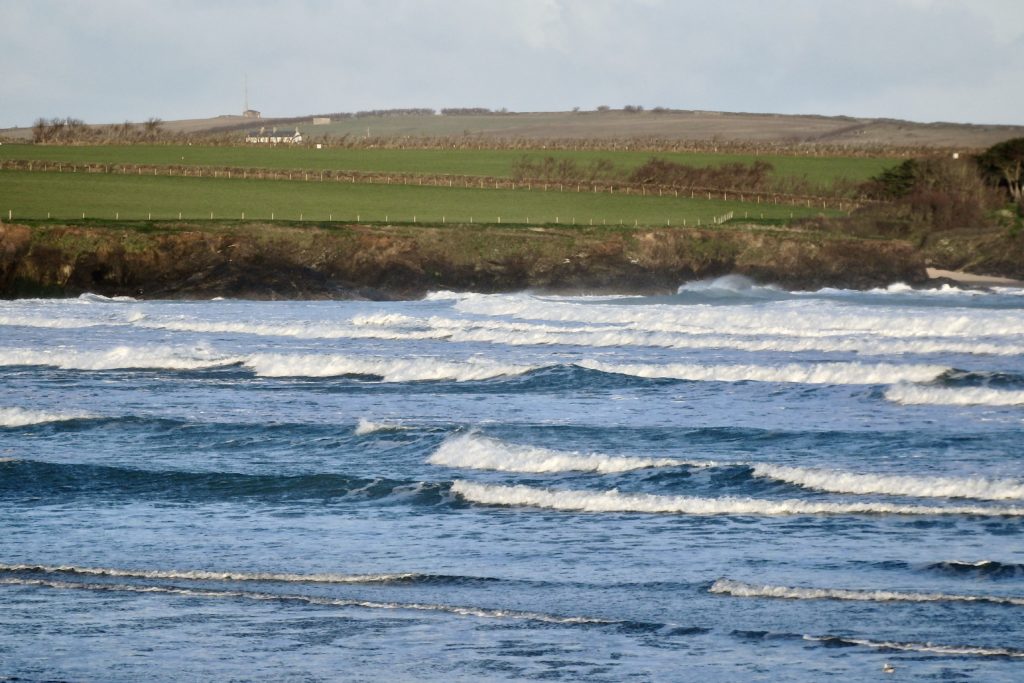 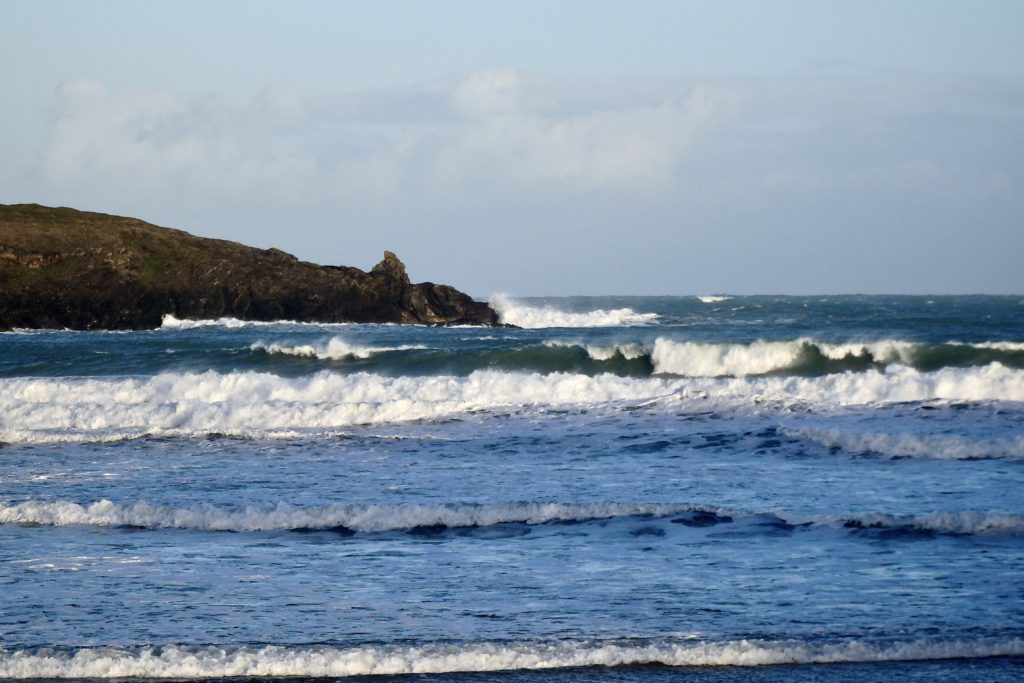 Cold north westerly winds will continue to blast more choppy and shapeless surf our way today, not as big as it has been but still big and choppy and messy art all of our breaks locally.
It looks like the far coast boogie again today!

We are going to be blown into another windswept start to this week as those chilling north westerly winds continue to whistle into our bays and coves for a few days yet before finally easing up, if only for a short while.
So all of our surf breaks are going to remain blown out through Monday and into Tuesday, the wind starting to gradually calm and back more westerly through Tuesday afternoon.
Wednesday looks a little more promising as the wind calms to a breeze, still staying onshore and still cold, even in some winter sunshine but staying light all morning before the return of a light onshore north westerly through the afternoon. And that will be strong enough to trash all of our surf breaks again.
We should see some Harlyn action through the back half of the week as the wind eases to the south west and pushes more lined up swells our way. The wind will be blowing offshore at Harlyn, hopefully making for some great surf there as the week winds down.
And then the wind will strengthen along with the surf for the weekend, making Harlyn the place to go again!
Have a great week, wherever you are and whatever you’re doing!