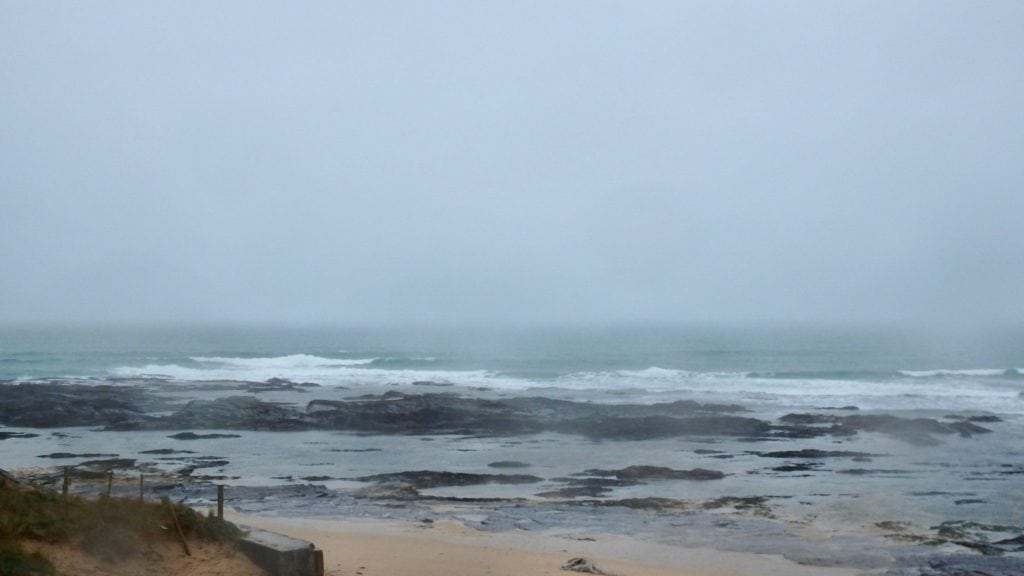 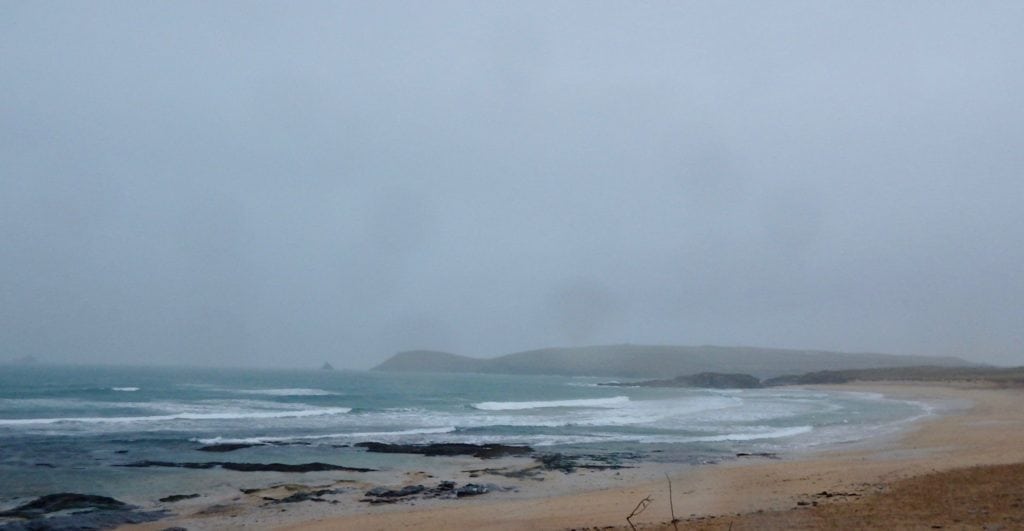 Three feet or so of bumpy and slopping, reluctant surf is shuffling into the bay on this dull and dreary, damp and dismal Sunday morning.
The fetid stench of rotting whale is only adding to the reasons not to be here on this wet and chill, breezy morning, apparently there are no resources and no money to shift the decomposing remains off the beach. There seemed to be a preening showing off of both last week when landscaping and installing new septics for a proposed private venture though?
Ah well, some things just don’t change.
In the meantime the north (westerly) wind blows and the the weather and surf are both a bit junk.
It’s a Sunday morning to roll over and snuggle warmly to a loved one, this afternoon might just be brighter and cheerier! 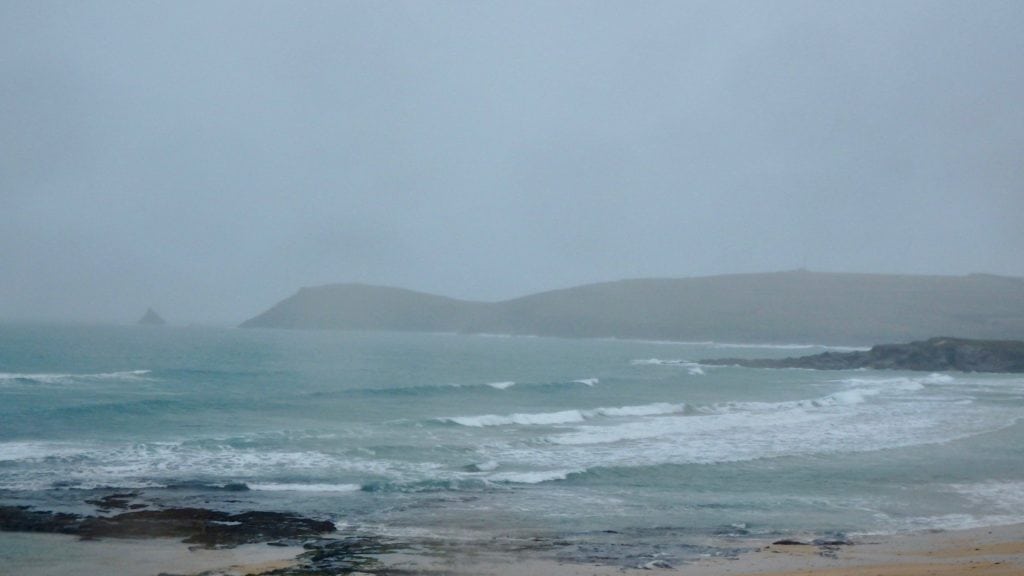 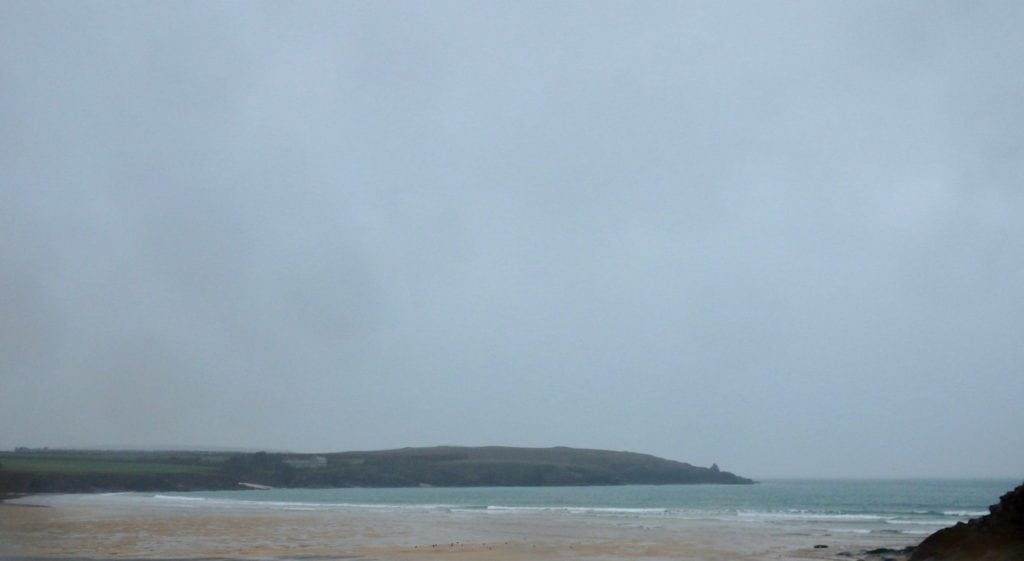 A foot or two of weak and washed out, crumbly surf is splashing ashore here this morning, the north westerly wind just adding a little chill to the wet and dreary scene.
The surf is small and junky and looks et to be that way all day. It might build a fraction on this afternoon’s rising tide but maybe not enough to raise any enthusiasm! 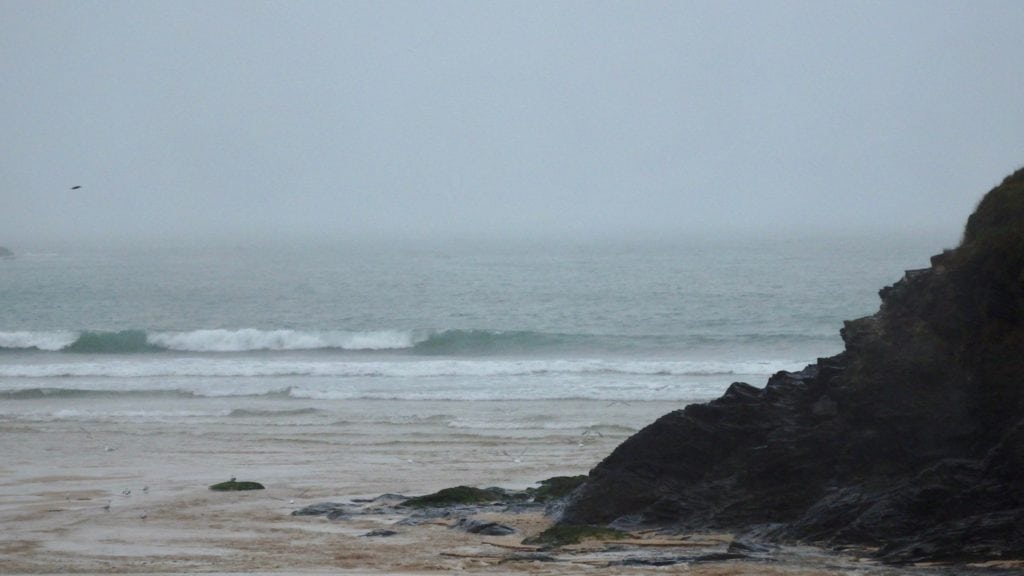 Bigger surf is going to be rolling our way with calming winds still blowing onshore but easing to a breeze.
We should be enjoying a brighter and cheerier day today but the north westerly wind is still going to be preventing the surf from being as shapely as we would like!
Still, the sunshine does help!

Onshore winds are going to plague a week of otherwise fairly hefty swells.
Looking at the maps though, there is just a chance that a tiny but tight low pressure system could throw some thick swells our way throug the middle of the week, just as a streak of high pressure manages to stretch over the county.
Midweek just could turn out to be a whole lot better than the surf forecast sites are predicting!
So,to start the week that same north westerly wind will be chopping up an otherwise solid six feet or so of swell, the wind calming as we go through Monday, dropping to no more than a breeze for Tuesday. Still onshore but maybe light enough to allow some shape to those strengthening swells.
The breeze is likely to back to the south west through midweek, a brighter and sunnier few days cheering us all up while we enjoy what might just end up being some really good surf at Harlyn!
And then back come the north westerlies for the weekend!
Have a great week, wherever you are and whatever you’re doing!