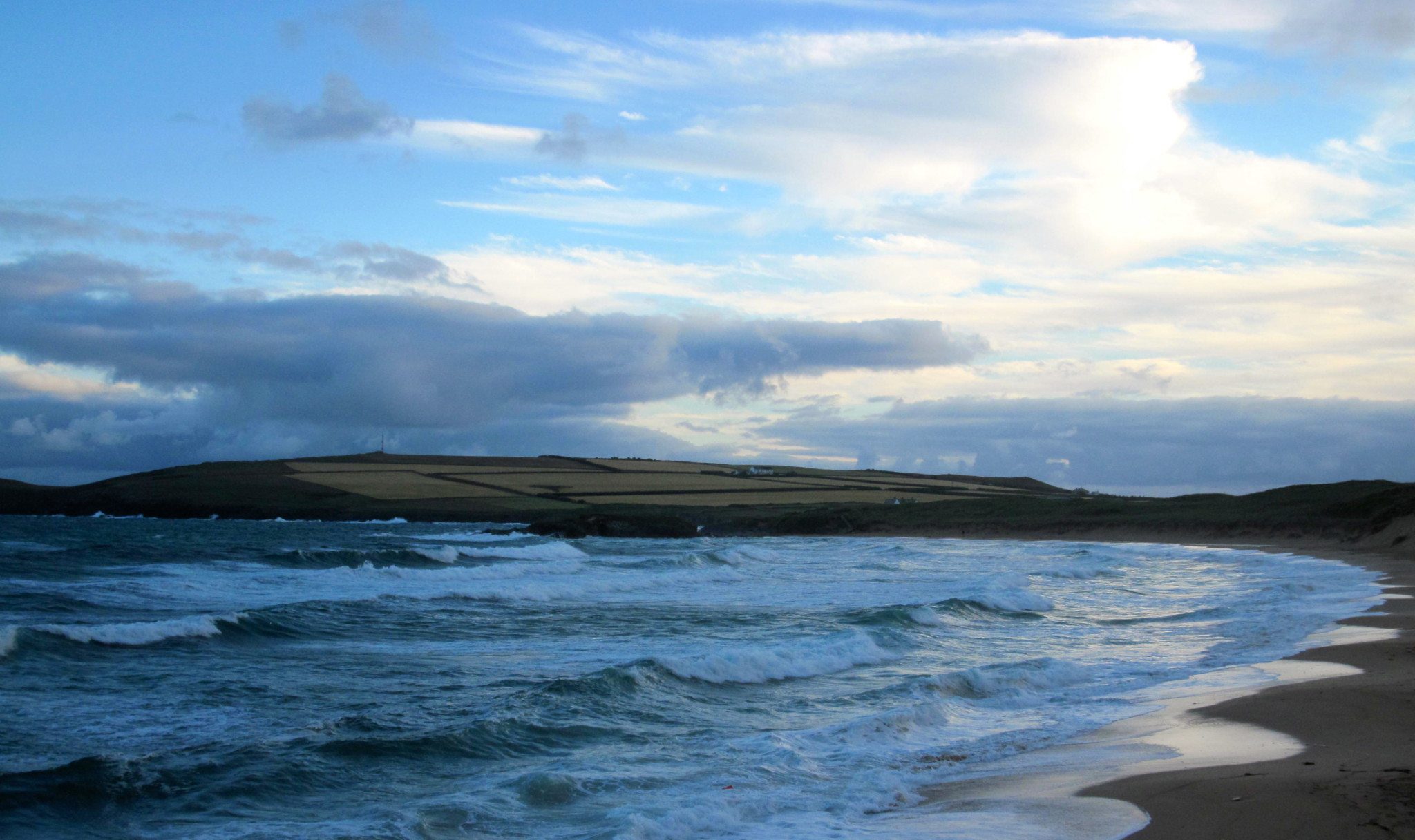 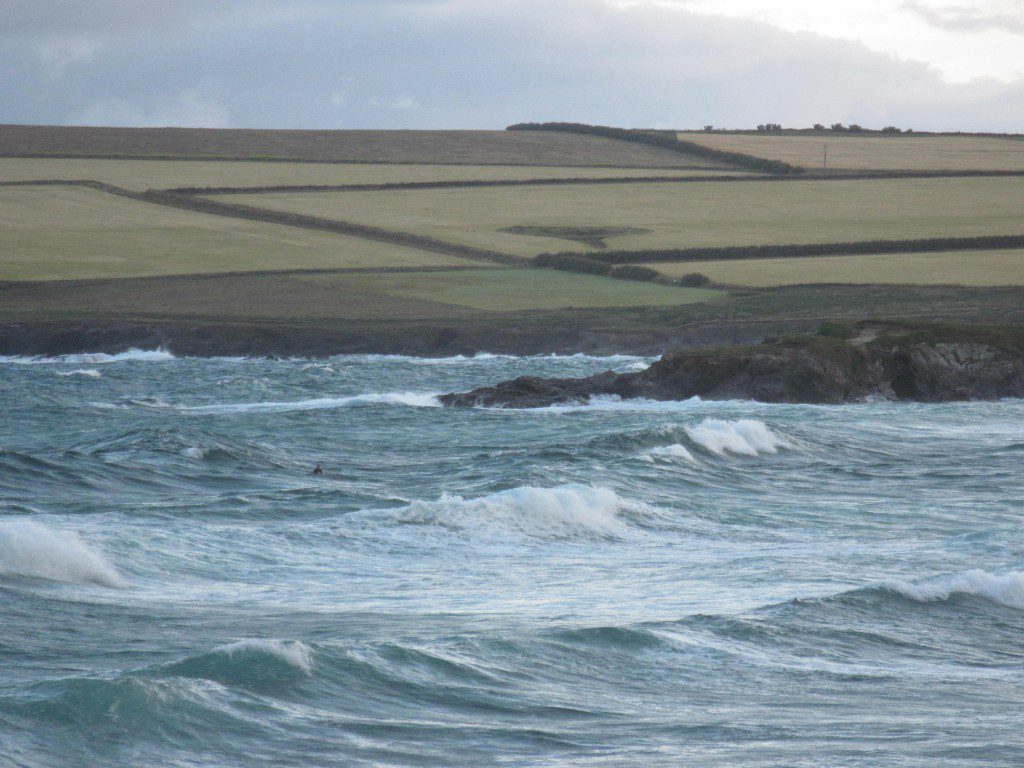 Is that a touch of Autumn in the air this morning?
There’s a chill north westerly wind blustering into the bay right now, the sky a battleship grey, the sea a dark and steely reflection, a torn fabric of wetness jagged against the skyline.
But there are waves.
Not great waves but maybe three feet of bumpy and bouncy stuff, the wash of high tide adding to the confusion. Hilly is out there, bobbing about before launching into some surprisingly crunchy looking peaks.
The forecasts are showing more sunshine later and an eventual weakening in wind strength.
So, we should get some fun three foot surf, windblown and sloppy maybe but big enough to drop in on before turning and with some little nuggets of peaks here and there.

It is pretty tiny around here at high tide this morning.
There’s maybe a foot of surf under that sloppy surface and hidden by the high tide. As the tide drops we should see a foot or maybe two of crumbly and a little sloppy surf.
But at least it’s an option and that’s more than we have seen here over the last how long.

The wind should have backed around to the south west by morning, still onshore at the main surf breaks locally but at least supporting that probably very small swell. We are likely to be seeing not much more than a foot or maybe two of onshore and mixed up surf at our best breaks and maybe a mixed up and sloppy one foot of surf at that!v
It should be brighter though!

South westerly winds are set to start the week, eventually clearing the skies of those dark clouds as well as pushing in some mixed up windswell.
So, a close-fetch and mixed up little swell is the most that we can hope for for maybe the first few days of the week with the chance of something better starting to take shape from midweek onwards.
So, in the meantime keep hold of that Fish or Funboard, well anything floaty and forgiving, that’s the sort of board that will allow these waves to be enjoyable over the next few days!
Have a great week, wherever you are and whatever you’re doing!