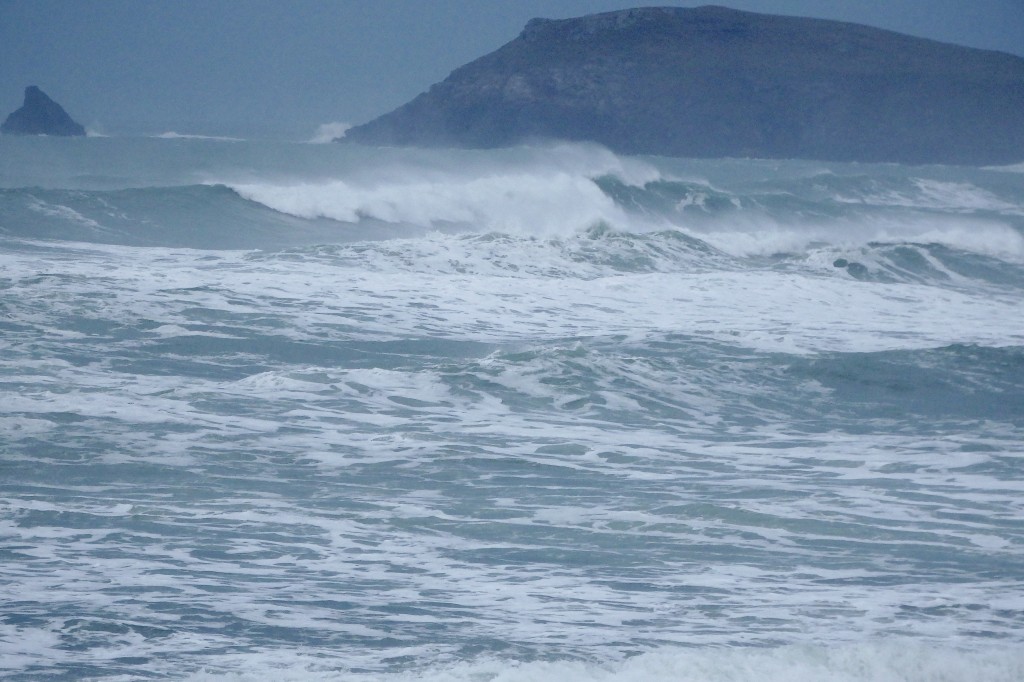 It’s a daydreamy kind of a Sunday morning, the wind calmer, the sky dull and grey again but with a hint of brighter to come from just over there.
And the surf is pumping!
Six to eight feet of offshore swept peaks are majestically swooping into the bay before unfolding themselves around the rocks and sand. But the tide is way too high already and so it’s nowhere near its best with too much water rushing around the bay and backwash steering into rips. It looks like a proper paddleathon without too much reward right now but that should change as the tide drops back later this morning.
The wind is north easterly again, only a light breeze just yet, forecast to strengthen through midday.
There are a whole bunch of surf breaks up and down the coast that will probably be breaking better than here right now. All the ingredients are there for a magical Valentine’s Day surf session, a rolling, punching, solid swell, offshore winds and big tides but it might not happen here until the tide drops out a bit.
Let’s go wave hunting! 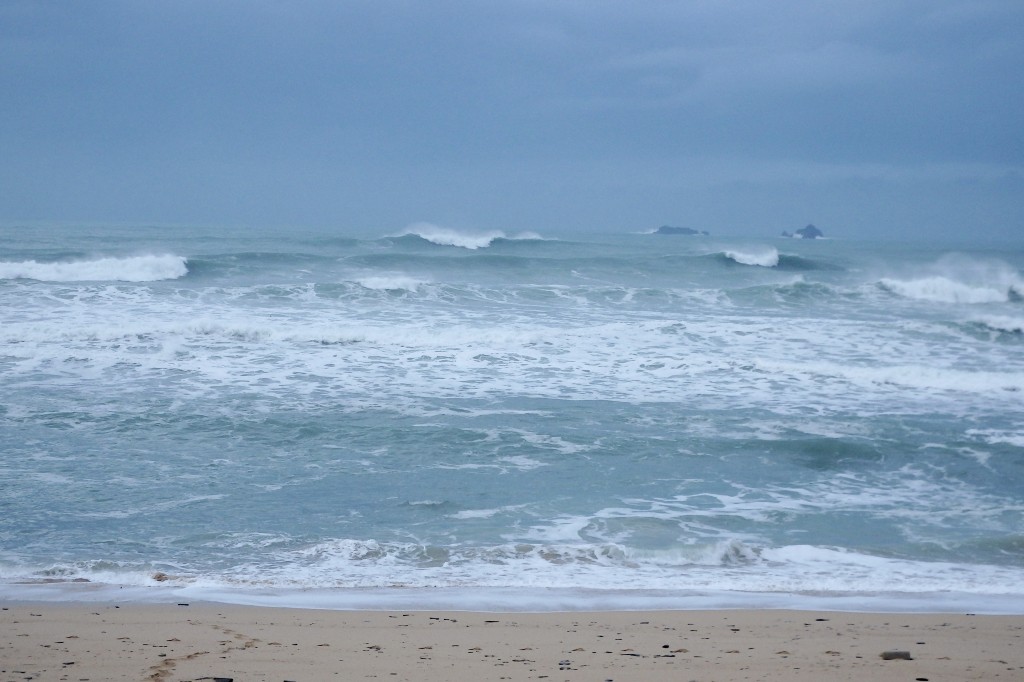 There’s three to four feet of ruffled and bumpy surf deceptively sliding in here this morning, the tide already too high an hour or two ahead of high and that breeze a little too onshore.
There are waves here and it is probably fun but there should be a whole bunch of other surf breaks up and down the coast that will have way better surf today. 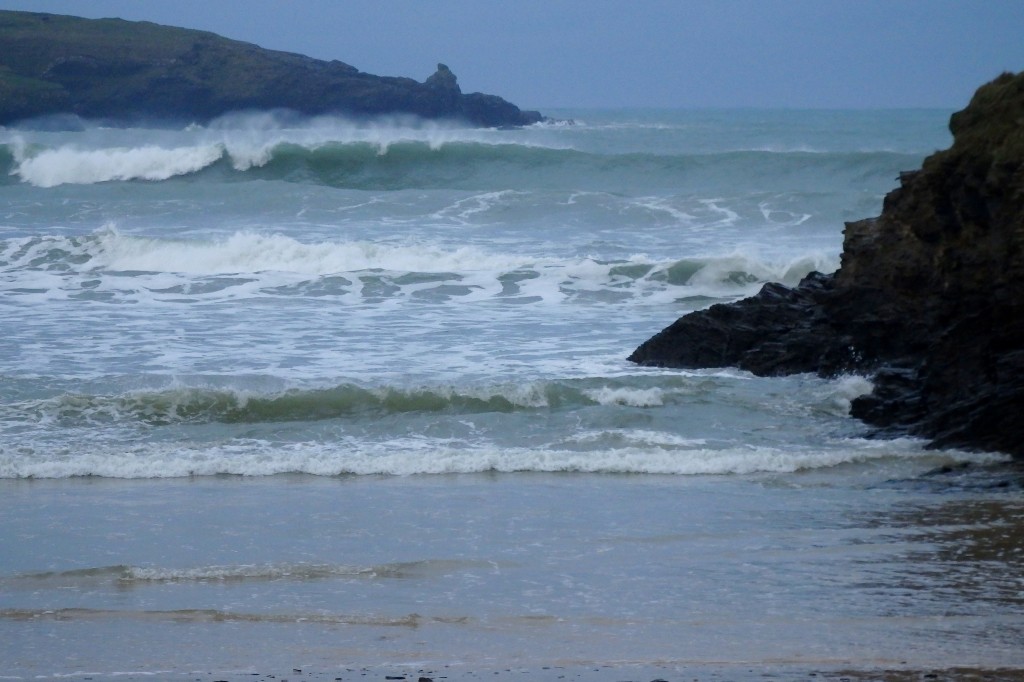 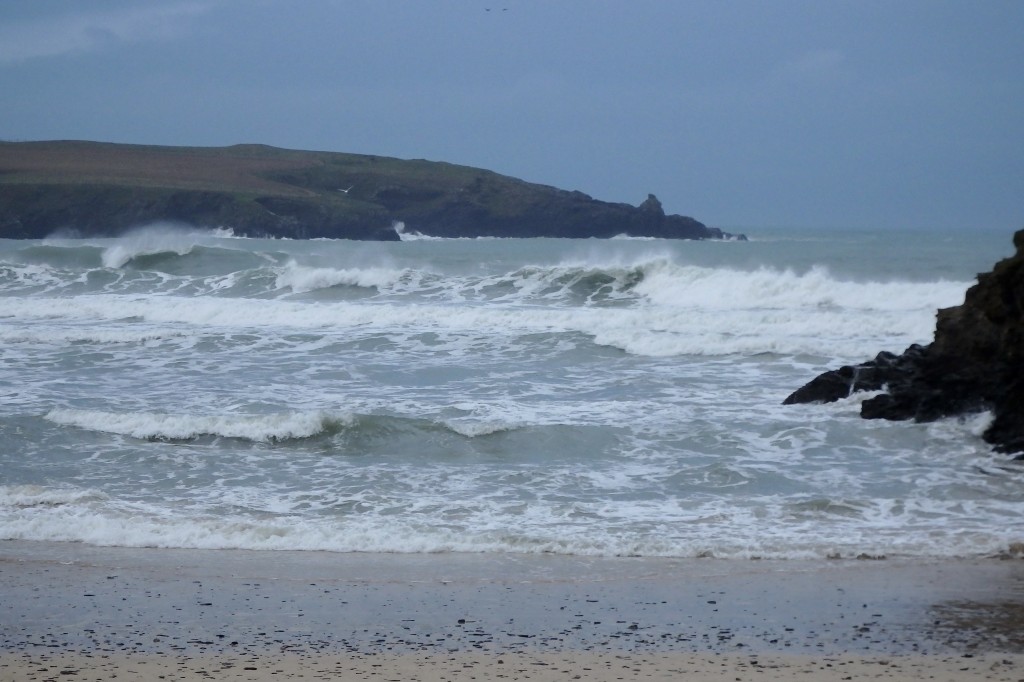 The wind should just about hang in to the north east, offshore at all of our preferred surf spots. And we might even see some brighter sees today too.
The swell is likely to have decreased in size, still maintaining its mid-teens wave-period though and so still being solid, just smaller.
So, three to four feet and offshore, all day long!
That’ll do nicely!