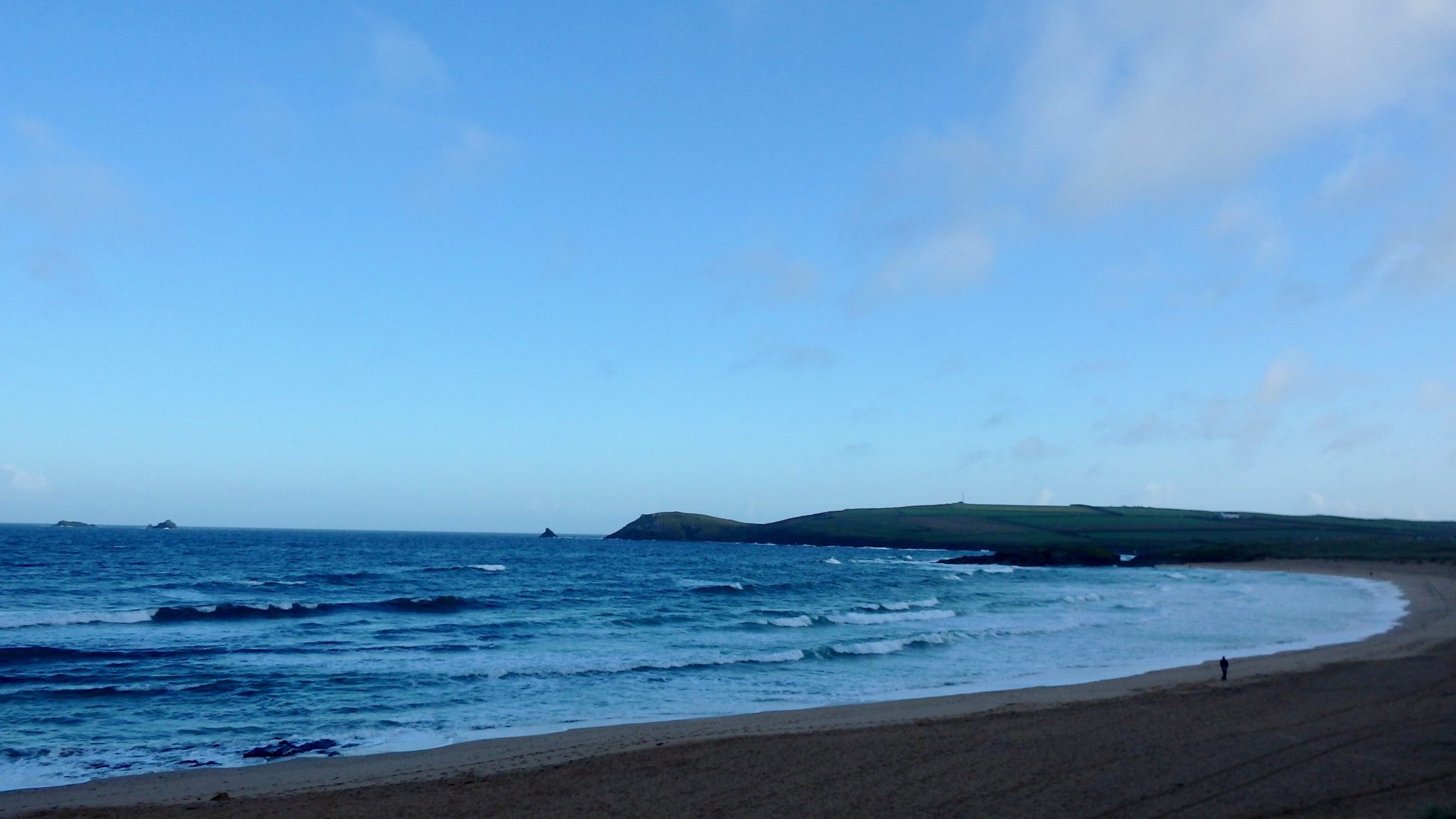 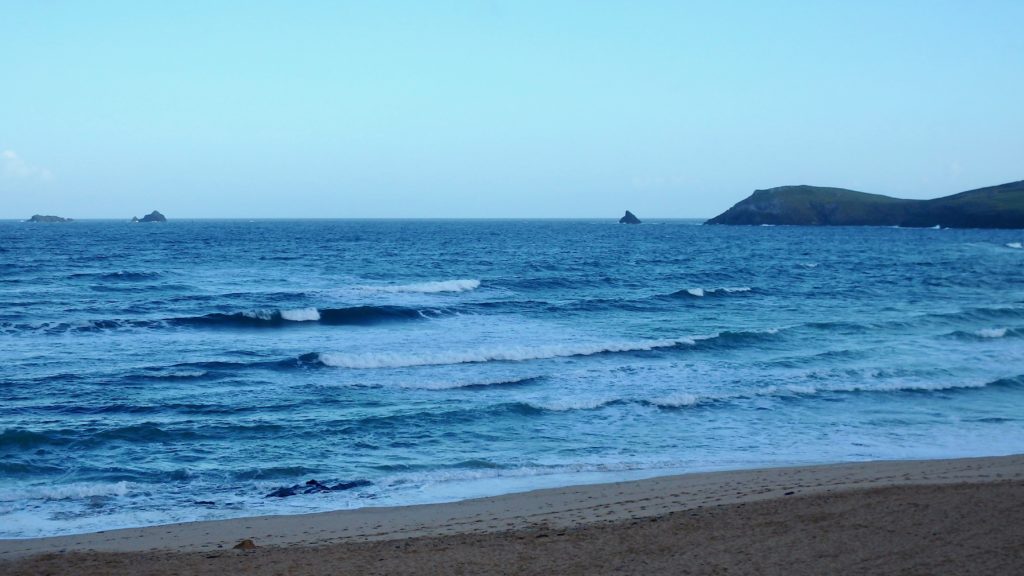 A fresh and cheery, bright and breezy morning has replaced the wetness of the night, the sky mainly clear but with the odd bundle of cloud still drifting in the distance – I wouldn’t write off the chance of more showers just yet!
The breeze is only light so far, a drifting sou’ westerly just managing to slop and chop the disappointing two to three feet of crumbly surf.
But it still looks fun just ahead of high water and the forecast are showing an expected increase in size too. So the dropping tide might just show something better for later.
In the meantime, the sun is shining, the birds are singing, the waves are rideable so let’s go surfing! 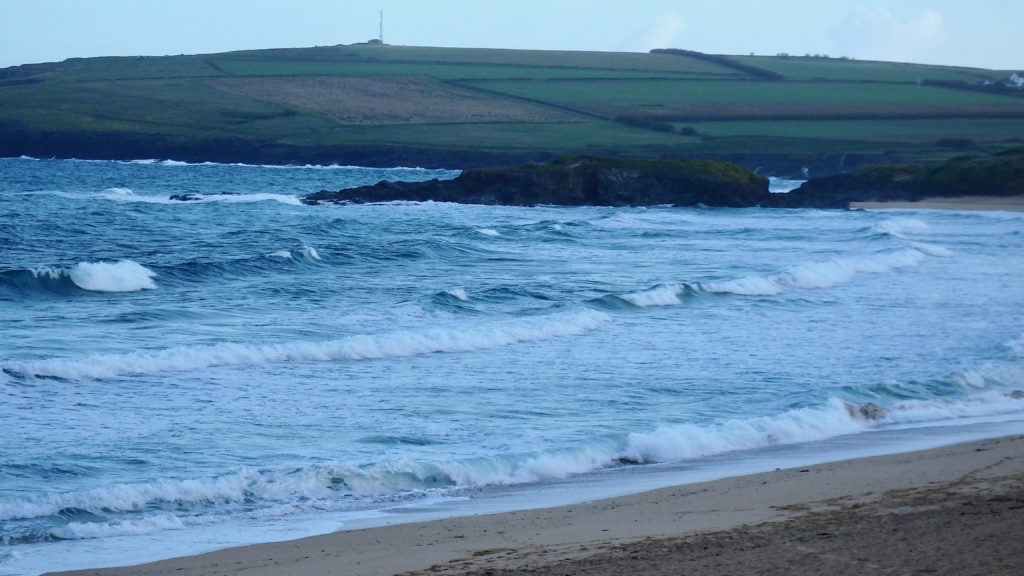 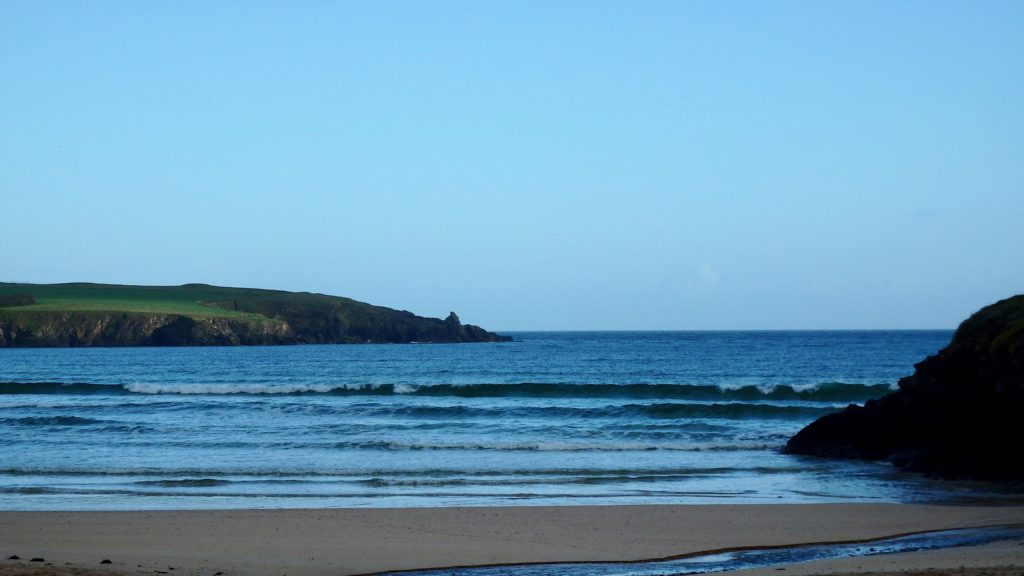 A foot or so of crumbly wave lines are lazily sauntering onto the high tide bank here this morning, just that bit too small to be interesting, yet.
The breeze is light and more side shore than you would expect, adding that little crumbling effect to what would otherwise be temptingly smooth and clean but tiny little waves.
It could be worth a little look back later if you’re really keen on Harlyn but I think that the dropping tide will negate the only slight build in swell size. This evening could be worth a look though!

South sou’ westerly winds are going to continue to push extra swell our way on what could be an otherwise overcast and muggy old day.
We can expect that choice between three to four foot but sloppy and choppy main break action or one to two feet of much cleaner but weaker waves at the sheltered spots.
It is always nice to have a choice though!

Onshore, south and south westerly winds are going to be blowing a rolling windswell our way through the first half of this week, the weather a bit mixed but generally staying mild before noticeably warming up for a short period.
We are going to be deciding whether to surf three to four feet and occasionally bigger surf at our favourite, more swell exposed surf breaks or glide across much smaller but cleaner and more organised waves at the usual sheltered spots.
By midweek the wind is probably going to be bak in the north, a freshening north westerly messing up the surf at all of the local breaks and making the air feel colder too.
So, we can expect a mixed up week of more average conditions but with waves to ride, getting quite good for moments if you know where to go and when but otherwise still being good enough to be worthwhile.
Have a great week, wherever you are and whatever you’re doing!