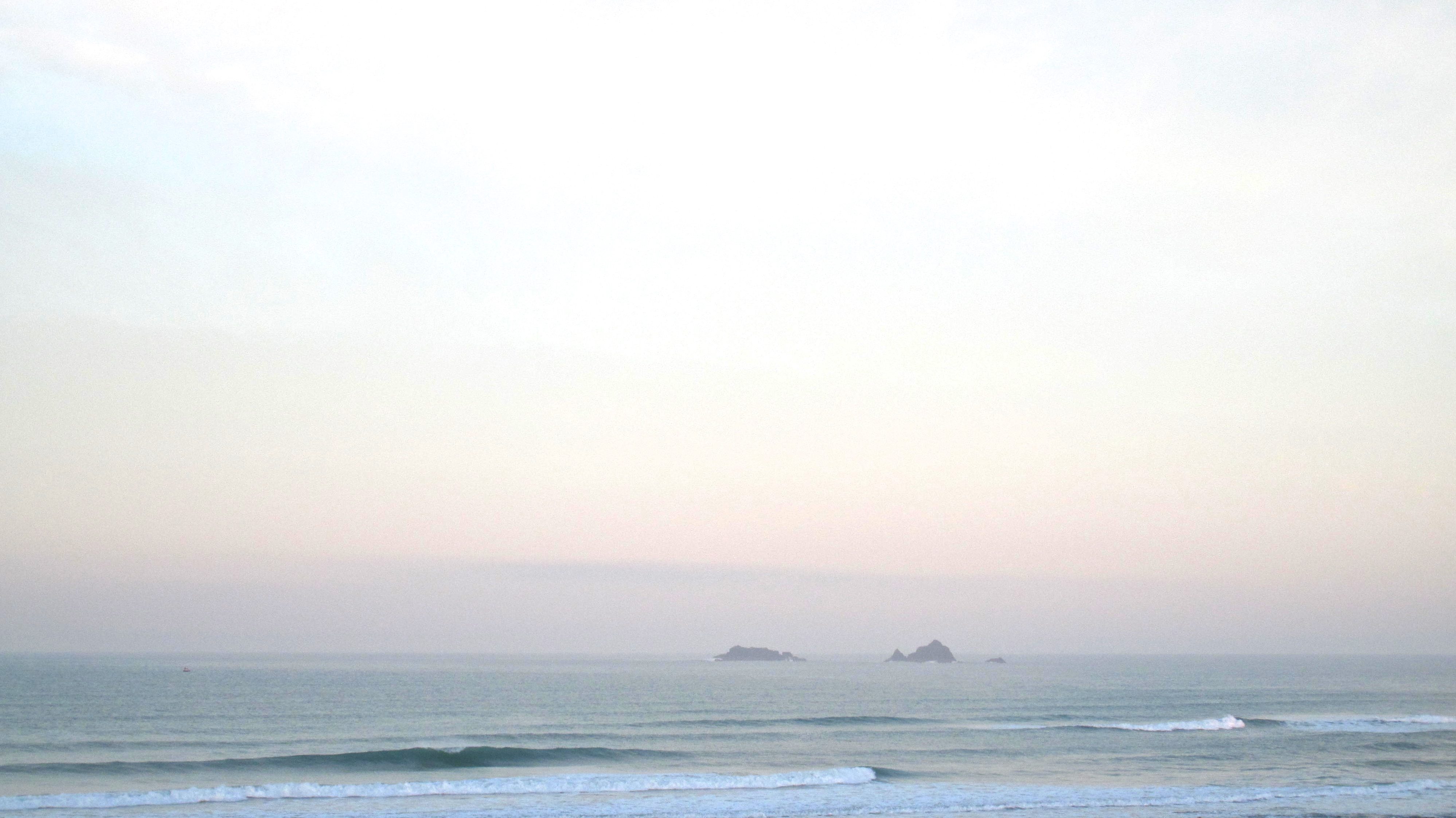 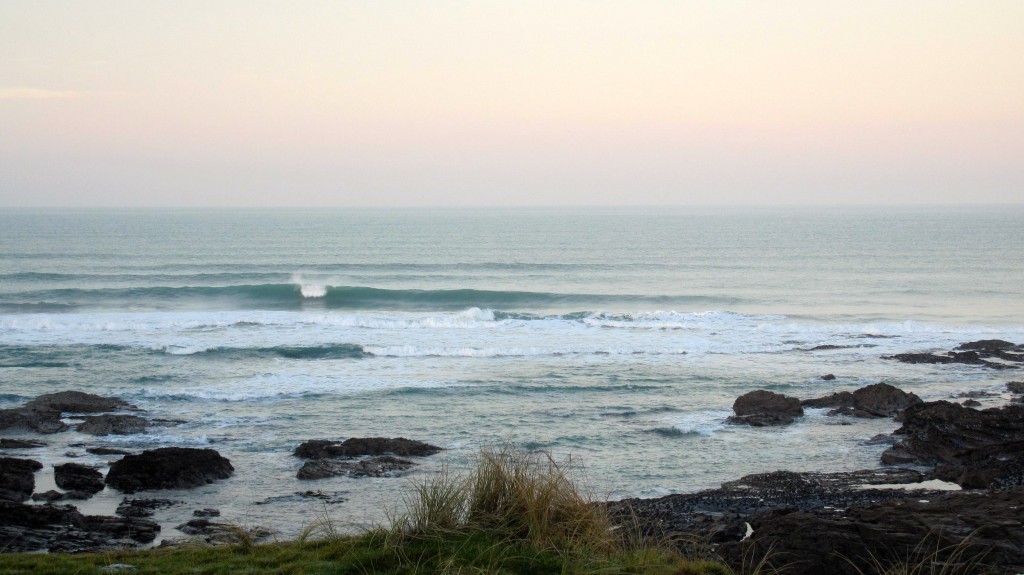 A wonderful dawn is lighting up the far horizon, spreading its light across a three foot swell that is being groomed by a light offshore wind. There’s frost in the corners and a clear blue sky almost upon us, the early morning birdsong adding to that sensation of pleasantness.
The surf is smaller than we’d hoped for (but then isn’t it always!) but it is still a decent two to three feet, the offshore making it smooth and delectable.
With only a four metre tide and an early afternoon high, along with the anticipated arrival of a new and powerful swell, we should be able to glide those golden peaks all day long! 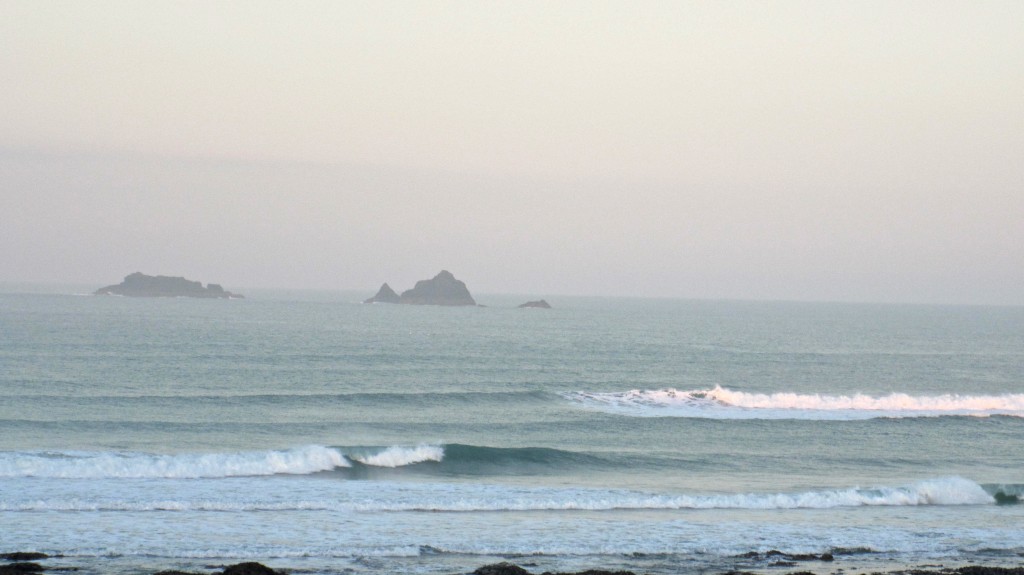 It is pretty much flat here this morning, six inches to a foot of slushy little waves, lazily washing ashore every now and again.
The other side is immaculate and fun and so that is the place to head for this morning. But that could change quite quickly. I wouldn’t be surprised to see a few waves wrapping in here by late afternoon!

A new swell should be pushing in hard today but unfortunately so will a steady north westerly wind!
Yes, an onshore wind is likely to be blowing hard enough to make a mess of most of the surf breaks along the north coast. Which is great for the young slashers and tearers, using those bumpy and lumpy waves to bounce off and get air but for the cruisers and gliders then its the south coast today, if it’s big enough!

A new swell is rolling our way for the start of this week, a wide open and long travelled swell with a big wave-period and some size to it.
But the wind is likely to destroy any chance of clean surfing conditions on this coast for the first couple of days. It’s likely to be late on Tuesday before that wind starts to back to the south west, giving Harlyn and our other sheltered spots the opportunity to shine but eventually that is what is likely to happen.
By midweek we should be surfing a decent three to four feet plus Harlyn with offshore winds there making for those hollow sandsmashers. With plenty of sunshine around and much milder air temperatures there should be plenty of action to keep the school half-term groms occupied!
And that should be the way of it for the rest of the week, a decent swell rolling our way but with those annoying winds blowing onshore for a lot of the time. If you stay on top of it and have transport then it should be a good week of surfing ahead!
Have a great week, wherever you are and whatever you’re doing!