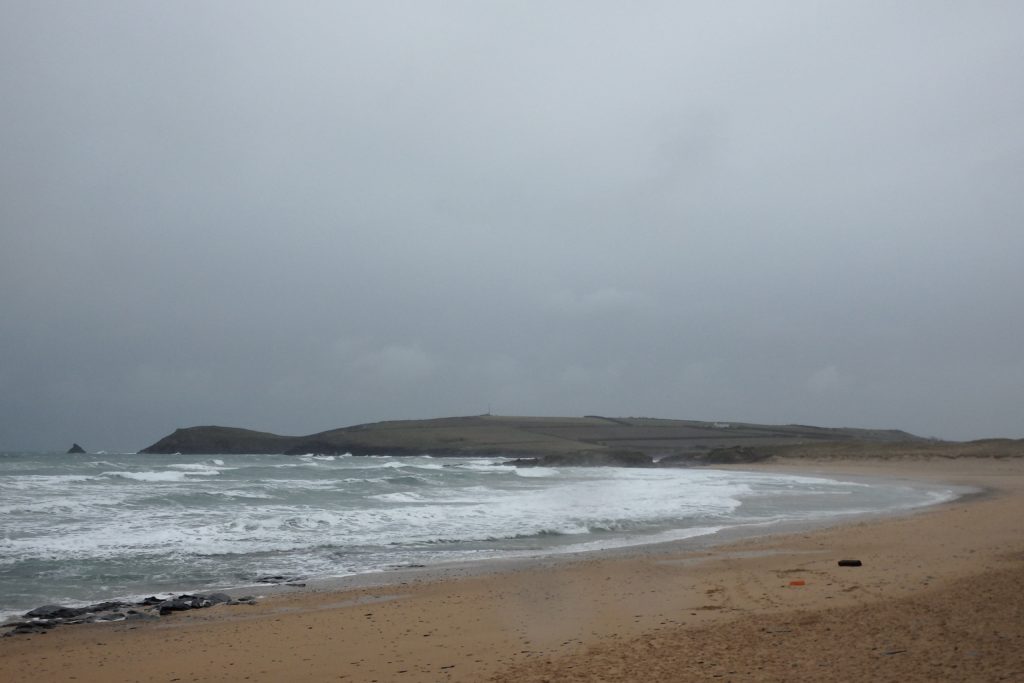 There’s a steady and pleasant pitter patter to the rain on this brightly overcast Sunday morning, the wind having eased to a westerly breeze still strong enough to shuffle and slop the three to four feet of lazy surf.
There’s not much happening down in the bay – it’s one of those when you might want to just roll over, pull the duvet high and snuggle up to a loved one.
And sorry for the lack of video, I’m having phone problems, probably too many orders from customers panic-buying surf wax to use instead of handwipes? 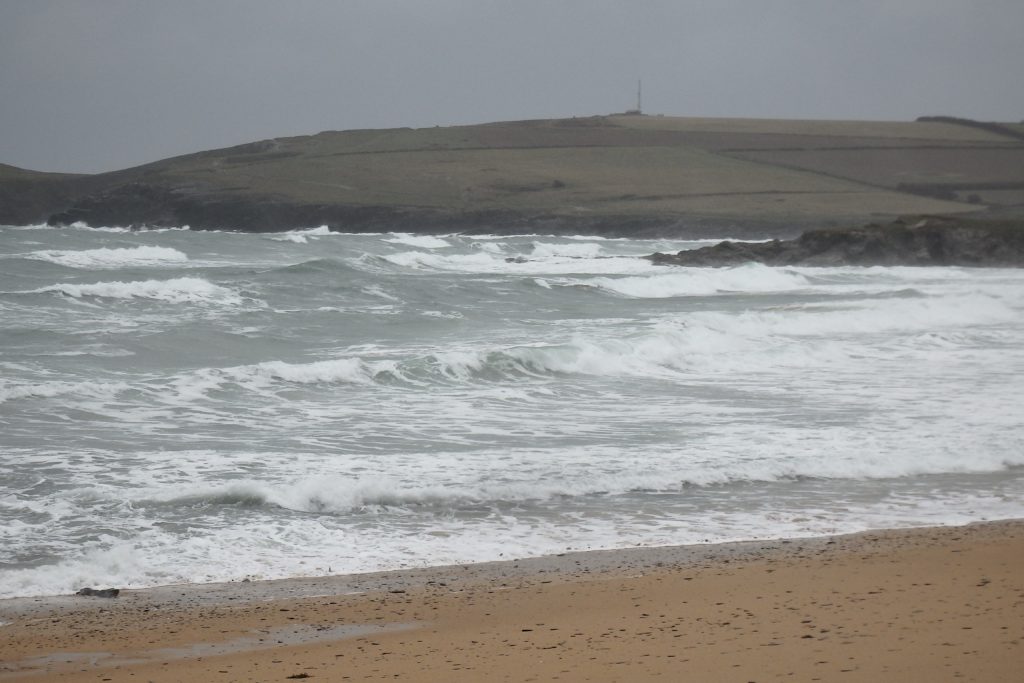 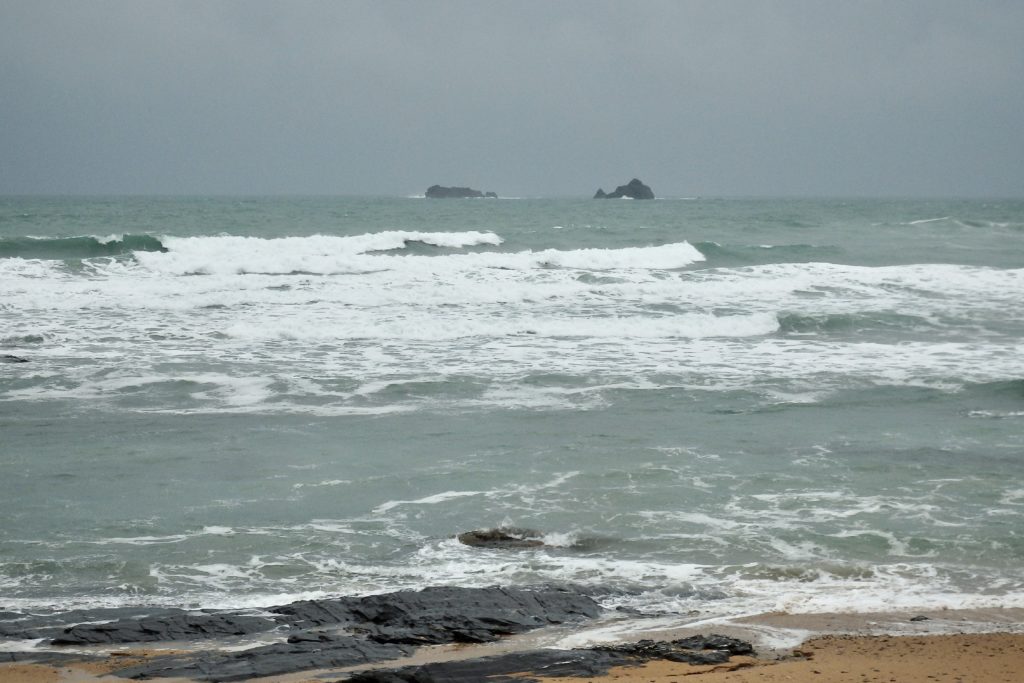 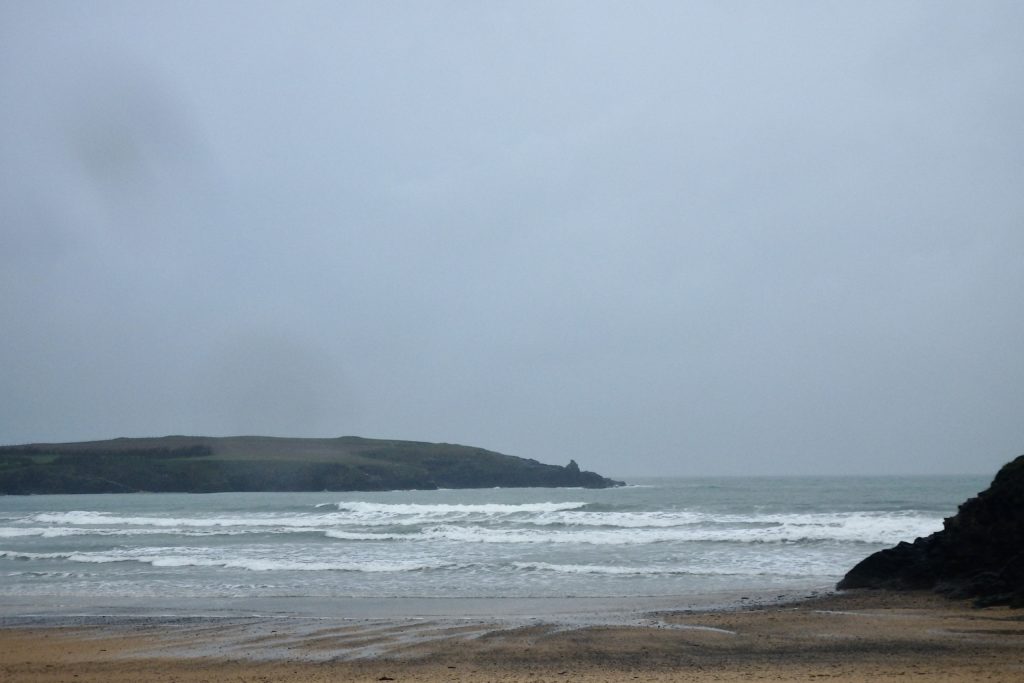 The breeze is too westerly to allow the much smaller surf to have much shape at Harlyn this morning but the forecast is for a more southerly twitch through midday. That should sharpen things up as the tide drops out, making for some smooth and hollower, fun surf.
Get on it sooner rather than later though, that breeze is likely to go onshore later this afternoon. 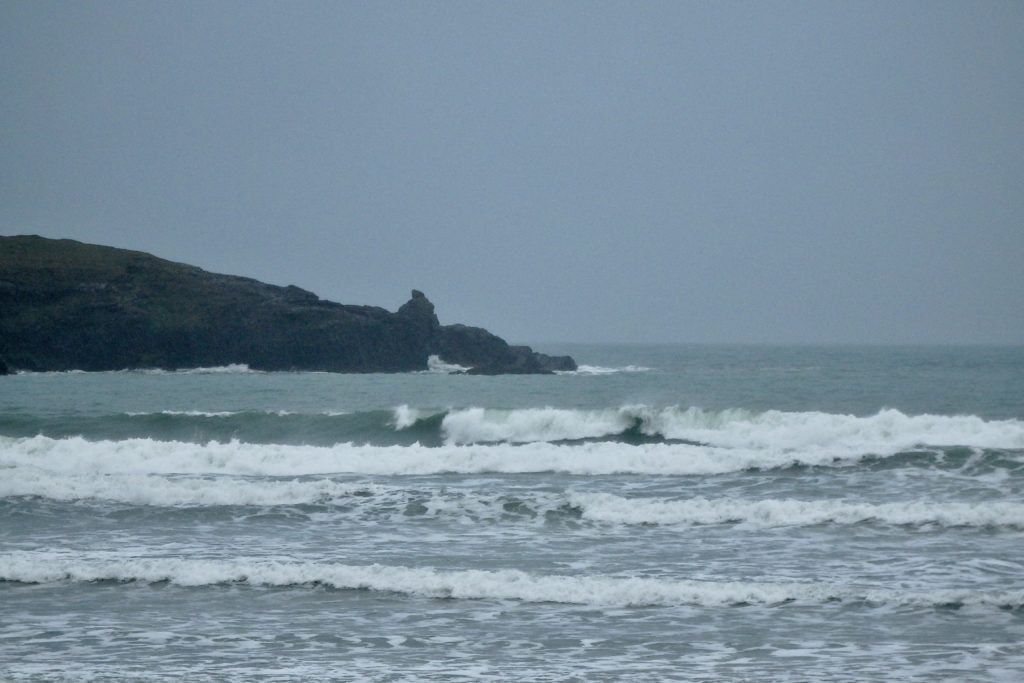 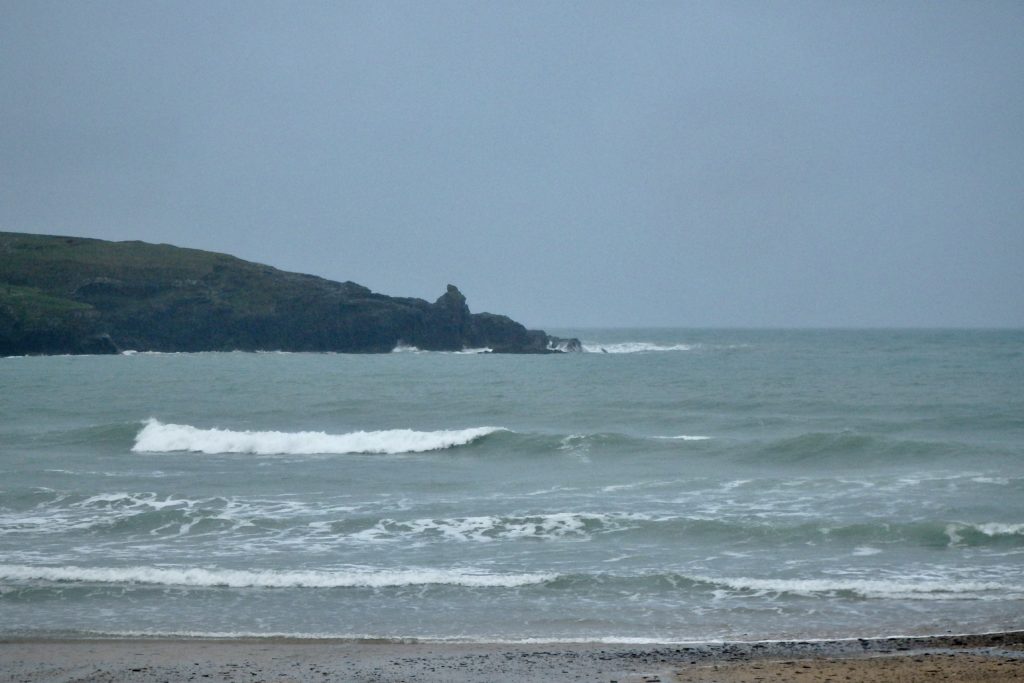 Light breezes and bright sunshine should cheer us all up today, especially as six to eight feet of lumping groundswell grinds into the bays all day long!
Superclean at our fave spots in the early morning, the breeze will slide westerly then south westerly through midday causing a mad dash to Harlyn.

South westerly going southerly going south easterly winds will offer some good surf this week.
Mild temperatures along with some short bursts of bright and cheery sunshine should cheer us up too.
So to start the week, Harlyn will be offering some thick and heavy, offshore wind hollowed four foot surf well into midweek.
And then for the first time in a while the breeze is likely to switch offshore to offer some clean and fun, smaller surf through the end of the week.
Thursday should see a pleasant three feet or so of clean and pleasant surf as the breeze lightens through the morning, Friday seeing the surf almost disappear as a chilly north easterly wind pushes at the weakening swell.
So, all in all a mixed but pleasant week of action packed surfing awaits.
Have a great week, wherever you are and whatever you’re doing!