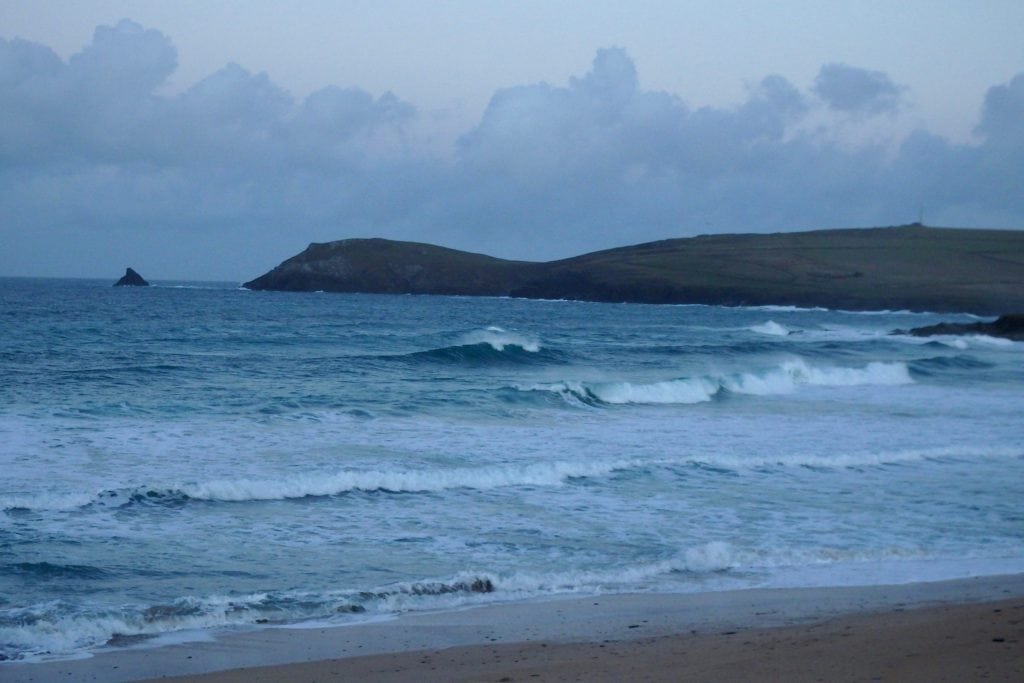 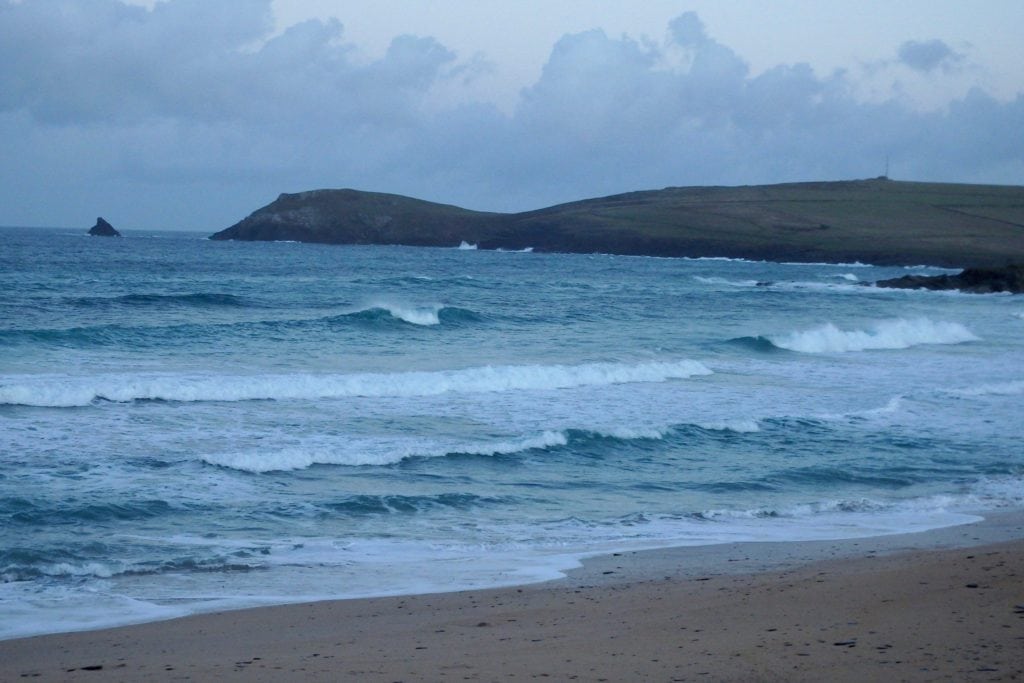 There is that ‘Sunday Morning’ feel to this morning, the wind lightly gusting in, surprisingly still from the south, wheezing across the bay while the sun is dragging itself over the horizon in an effort to cheer it all up.
So that sideshore wind is being kinder than expected to the three feet or so of wandering surf, allowing some smooth walls to peel off from that mid bay peak.
I’m guessing that the Universities comp is going down well at Fistral, this wind will be much kinder there again for the BUCS Surf Championships!
The forecast is for the wind to twitch that few more degrees to the south west making for bumpier conditions here but staying offshore over at Harlyn. So if it’s big enough that could be a consideration for this afternoon’s tide. 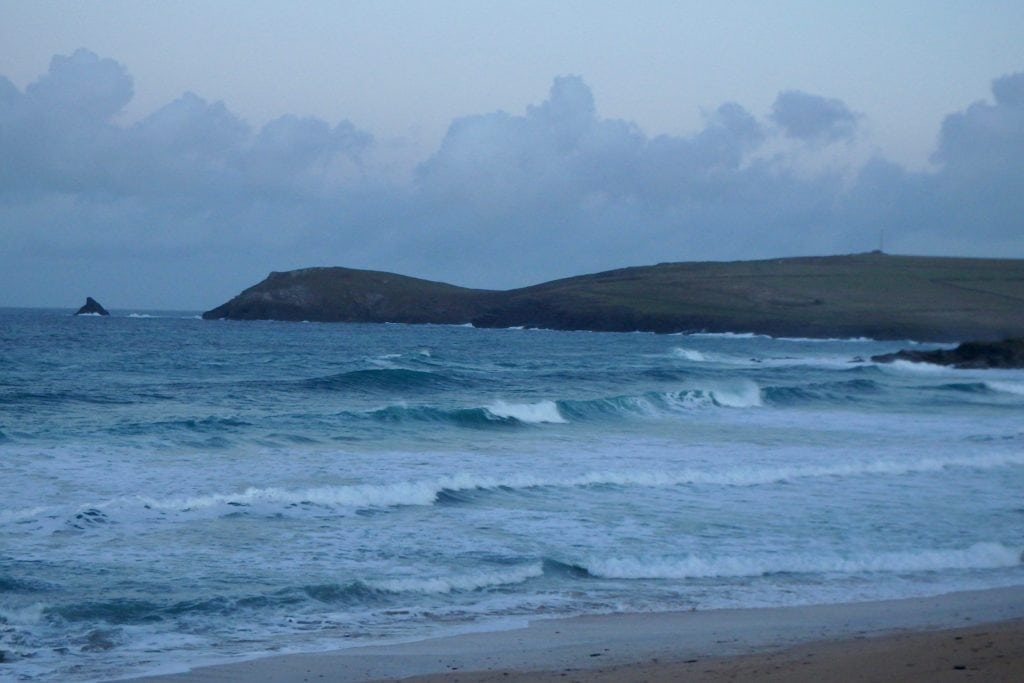 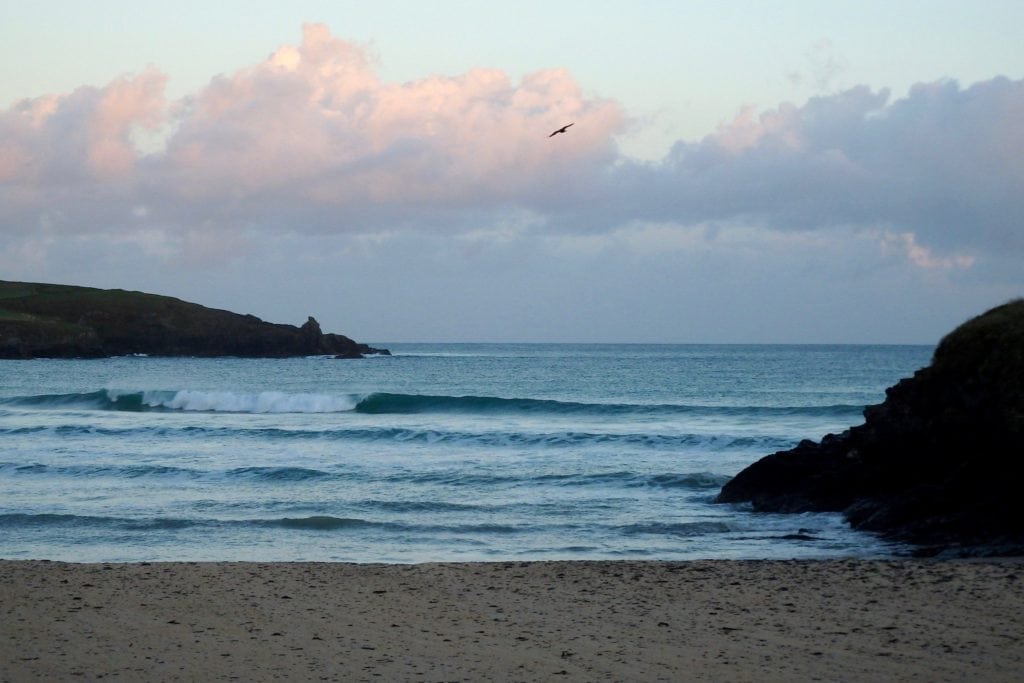 Right now there’s a couple of feet of attractive looking if a little slow moving waves wandering onto that high tide bank.
Those waves are standing taller than their height before slapping the sand as they collapse in some early morning sunlight.
The swell size should slowly increase through the day but the dropping tide might pull that back until early afternoon. I would imagine that by this evening we should bee seeing a half decent three feet or so of clean and offshore, fun surf here! 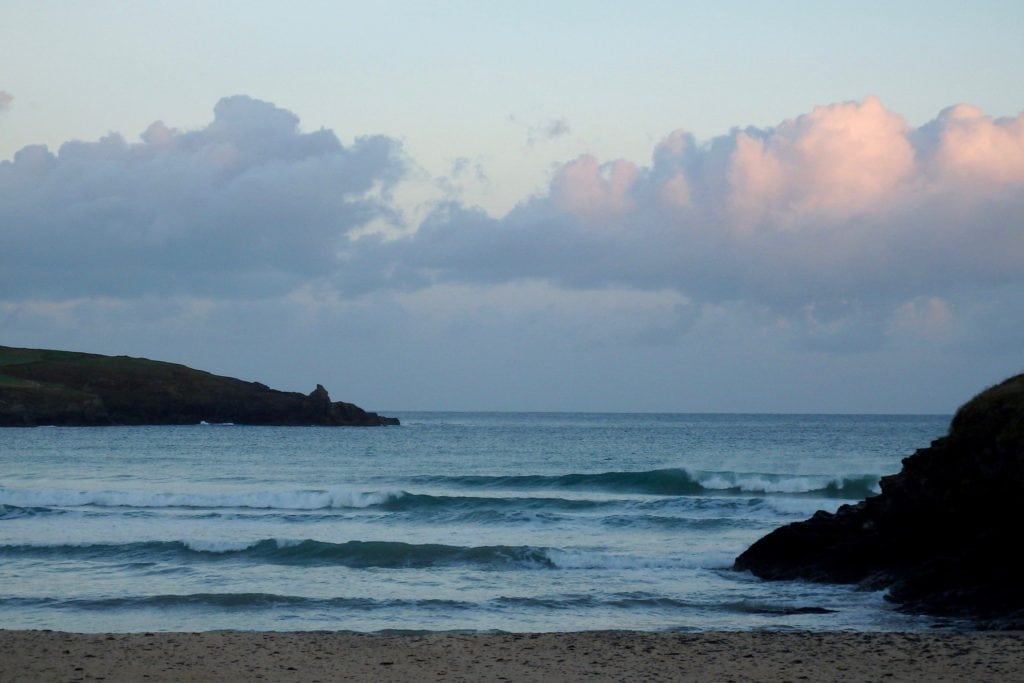 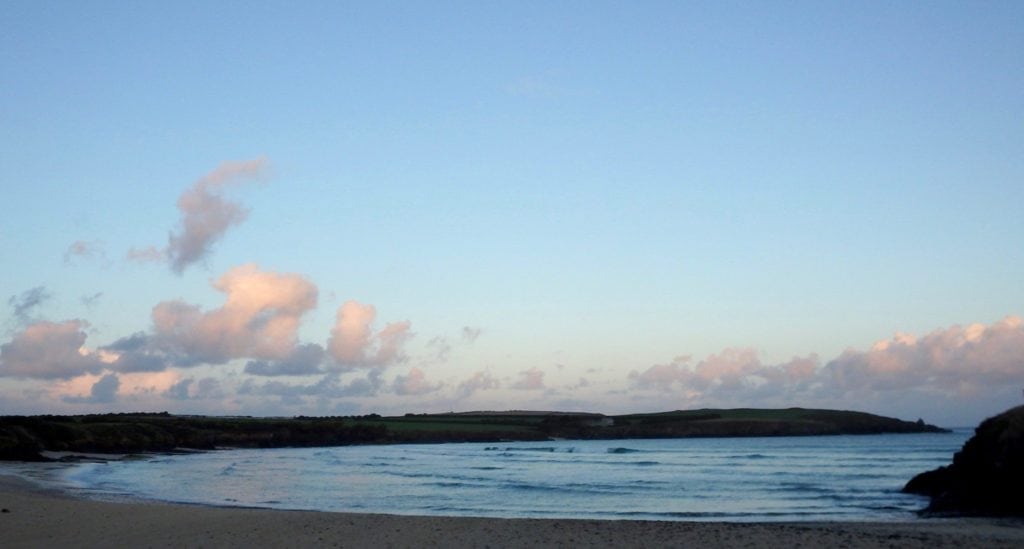 A fairly weak but three foot and bigger swell is expected to roll through today, supported by a south westerly, going westerly wind.  With another clear and bright enough day, we should probably be enjoying a fun session or two around at Harlyn!

Onshore winds are going to start the week off with a steady south westerly blowing through Monday but switching to north westerly from Tuesday onwards. And that is onshore at all of our local surf breaks!
But it’s not looking to be too strong and the swell is likely to be quite close-fetch stuff anyway, making for not much more than okay conditions all the way through until the end of the week.
Still, the water temperature continues to be super mild, even though you can feel it cooling off, so it’s no great hardship to be paddling out, even if the surf is a little sloppy. It could just turn out to be more fun than we are expecting!
And then there’s always Nicole, drifting up the Atlantic, spreading weather mayhem and watery havoc all around!!
Have a great week, wherever you are and whatever you’re doing!