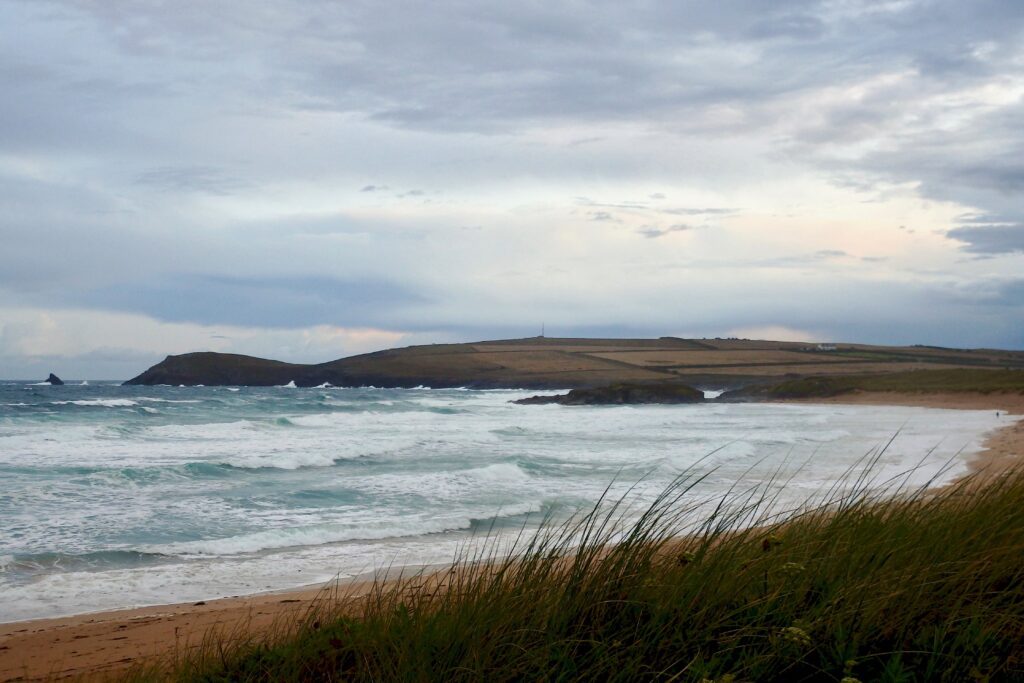 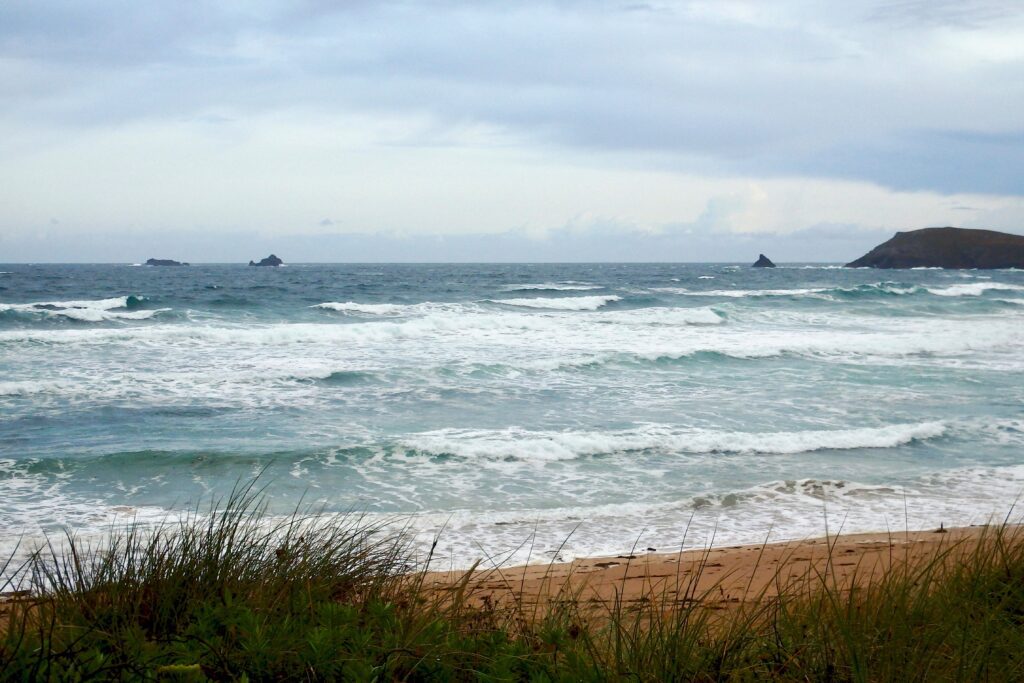 The lashing rain showers are easing as the morning goes on, wide open blue skies slowly replacing those dark cloudbanks as they gallop off in the wind.
And a strong and biting westerly wind is walloping into the bay this morning, flinging the four feet or so of disjointed and craggy surf aside. It should all be a little more user friendly as the tide eases its way to low and the wind gradually calms. And of course that sunnier sky always makes it at least look more appealing doesn’t it! 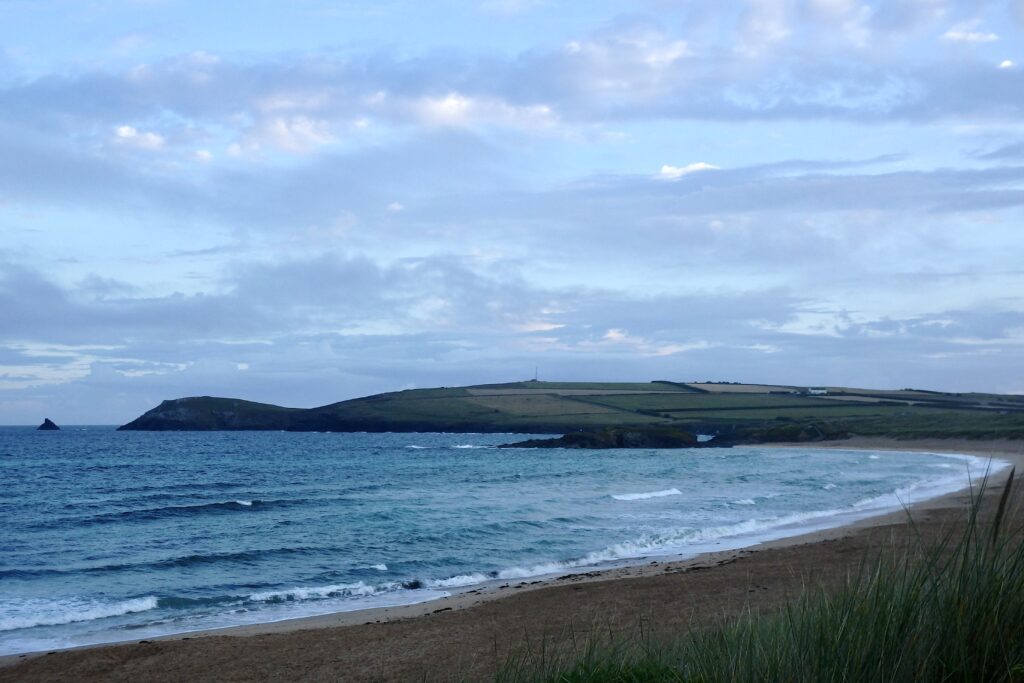 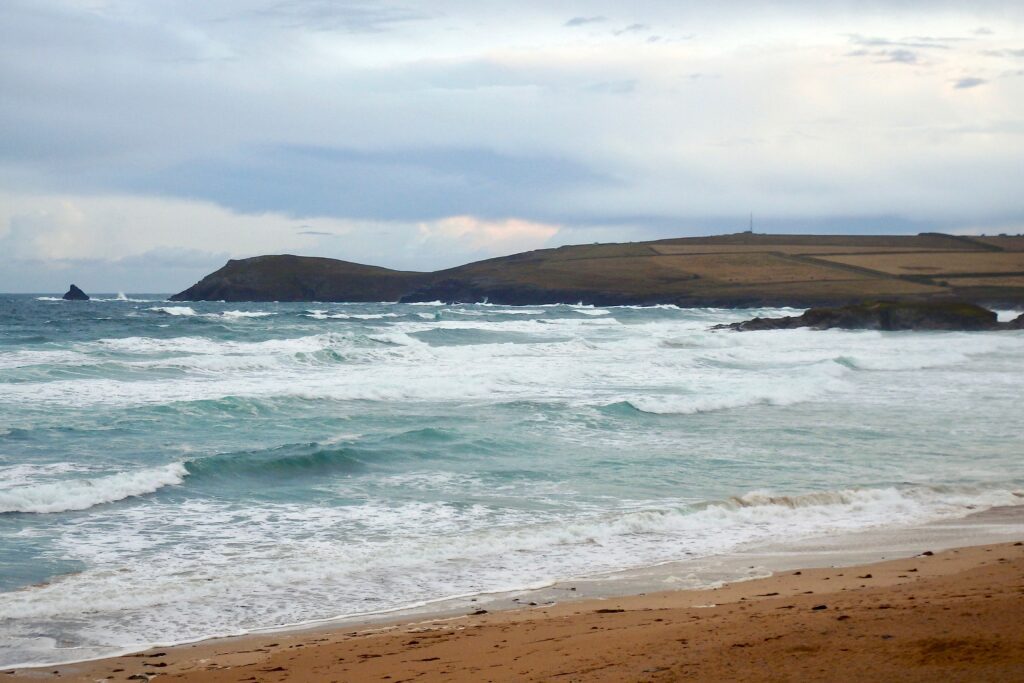 Rough and breezy conditions are going to test the rafts for this year’s Great Atlantic Raft Race this afternoon!
A thick and bumpy three feet or so of unpredictable surf is bumping its way onto the high tide bank right now, that gusting westerly wind not really help-ing conditions at all.
But the waves look fun and those torrential downpours are quickly drifting away as the sun elbows its way through and it’s all starting to look good for a day of fun at Harlyn Bay! 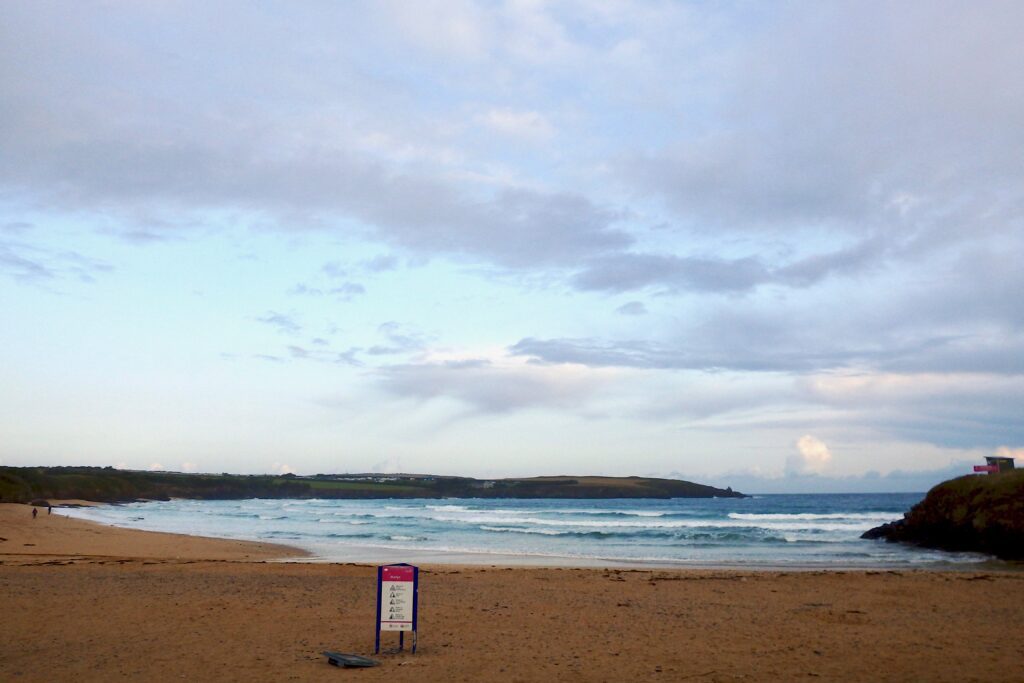 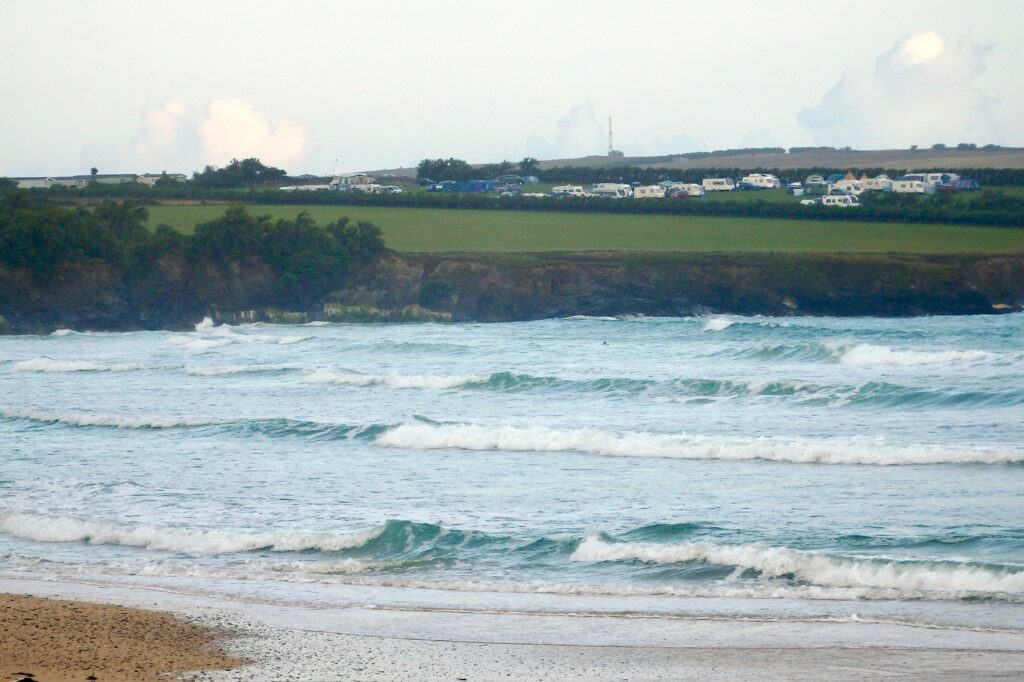 Another breezy, showery and chop filled day of close-fetch windswell is heading our way but it should be sun-filled and fun too.
So Harlyn is the place to aim for again but the surf is likely to be bumpy and lumpy even there.
It should be fun though!

Another breezy and shower filled week is aiming our way, those blustery winds of the weekend only slowly easing and calming.
There’s not that much in the way of swell producers out in the Atlantic either. But after saying all that we should have enough lumpy old surf and bright enough weather to keep most of our holiday making visitors happy enough.
The north westerly winds of Monday will continue into Tuesday, making for bumpy and choppy conditions at all of our preferred surf breaks, a thick enough three to four feet of close together swell being chopped and mixed as it is blown our way.
That wind should back more to the south west by midweek at least allowing Harlyn to provide some cleaner and more organised surf although it is likely to be only small.
And then the wind is forecast to back offshore as we end the week, smoothing and cleaning the small, small weaves as we go into the weekend.
So, a breezy and mixed up week lies ahead but with enough decent weather and rideable surf to keep us all busy!
Have a great week, wherever you are and whatever you’re doing!