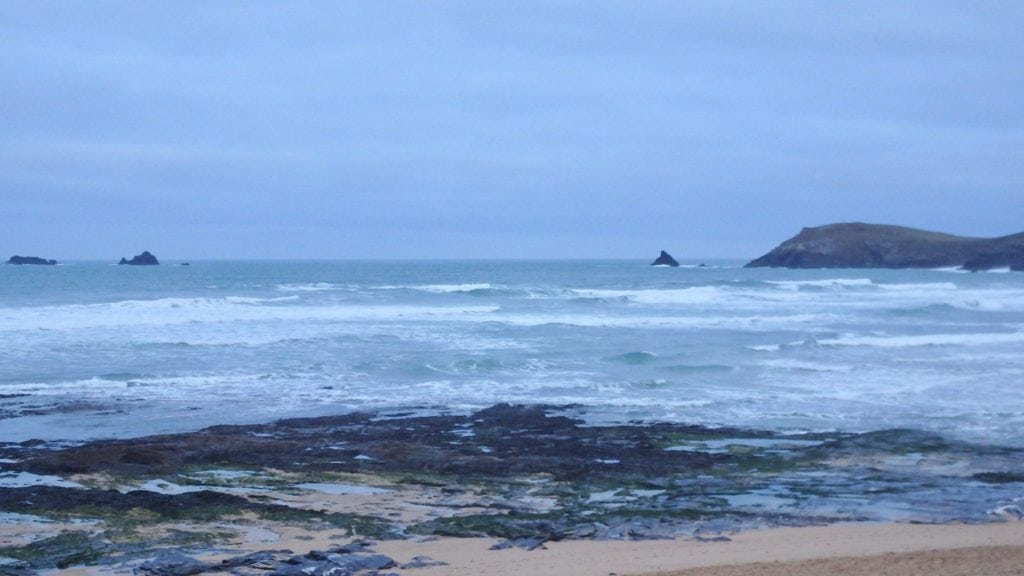 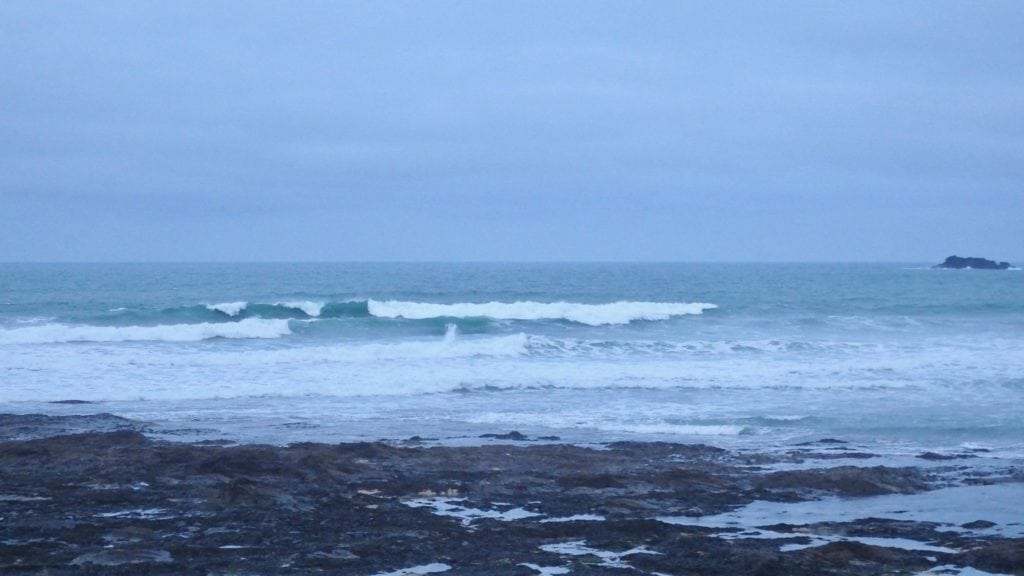 What a difference a day makes!
This morning is still mild, really mild for mid February but the sky is silver grey and the wind is gusting in from the south west, onshore at our favourite breaks, making for sloppy and lumpy conditions in the reflected grey of the sea.
Three to four feet of dull and bumpy, weak looking surf is bumbling around the bay all hesitant and unsure as to where to break.
No, it’s not the groomed perfection of yesterday but there’s always Harlyn – just made for a south westerly wind! 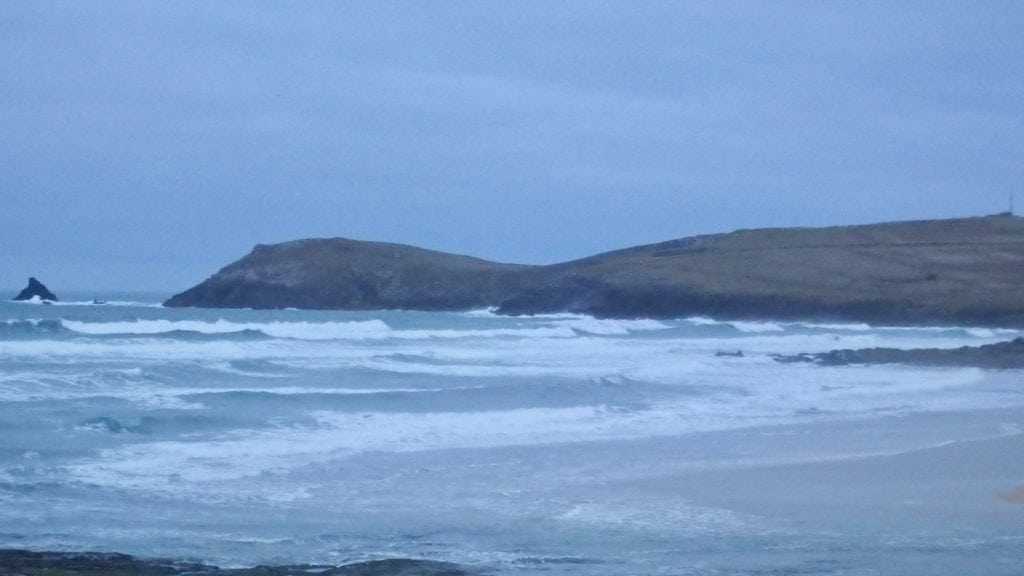 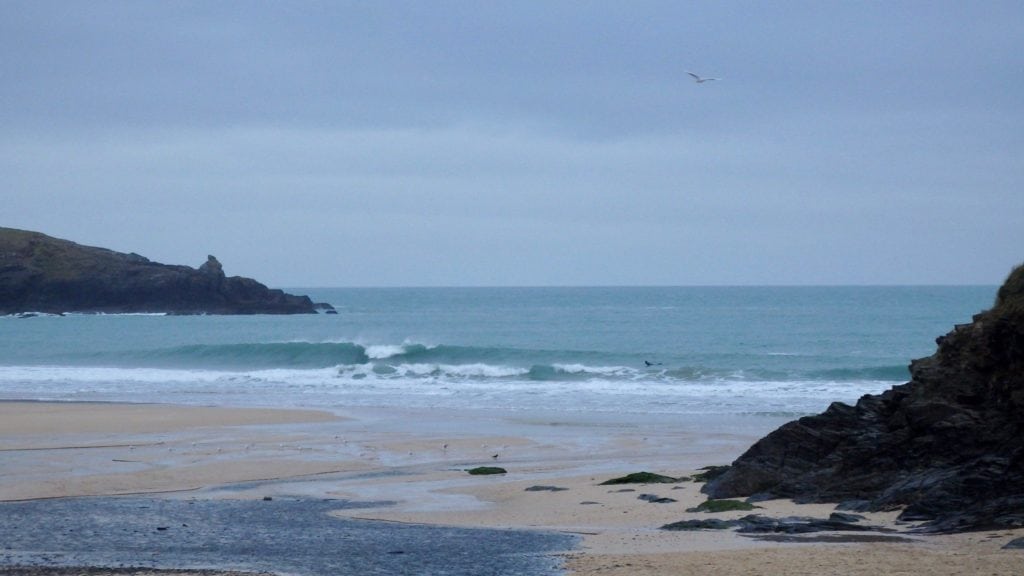 A couple to three feet of sucky looking surf is growling onto the sand at half tide, a little closey-out looking again but with the odd fun peak unfurling just over from the rock.
It looks like fun and should improve with that slow moving, not very high or low tide.
Mid winter Sundays and Harlyn are made for each other! 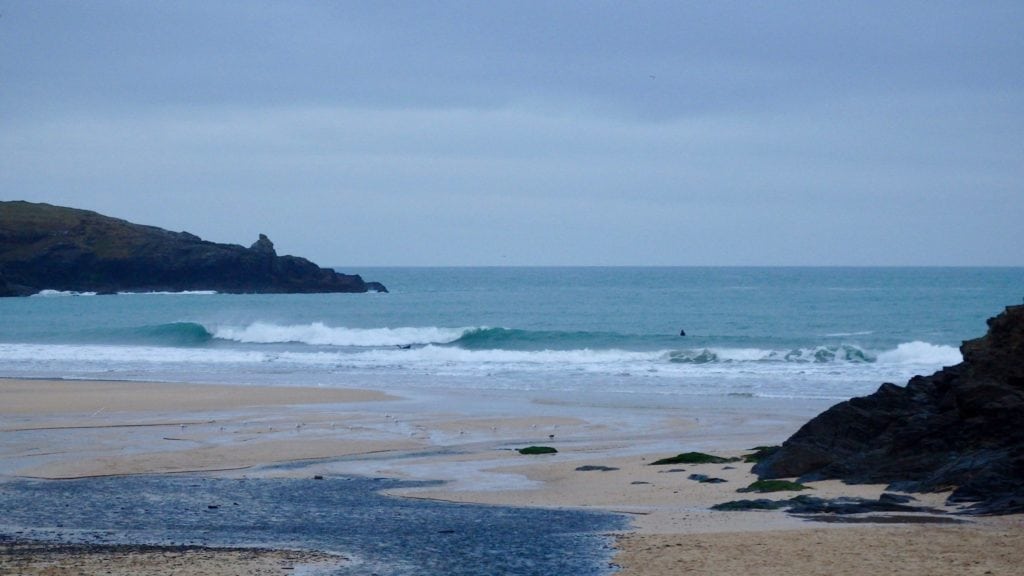 The wind is forecast to slip just a few degrees to the north today, probably just enough degrees north to slop the surf at all the breaks on this coast!
So we can look forward to that thick, four to five foot swell being chopped and slopped by onshore winds up and down this coast.
It might just be big enough to get the South Coast working but that’s not definite!

A more typical February week awaits with onshore, westerly going north westerly winds blowing well into midweek and beyond.
A steady four to five feet of thick swell should continue to roll our way throughout the week but there are going to be only a few places that will hold any shape in the onshore wind.
The south coast will have much cleaner conditions but might not get enough swell to make the drive that worthwhile. On the other hand, that is one of the joys of winter; exploring all those nooks and crannies that tend to lie dormant through summer!
Have a great week, wherever you are and whatever you’re doing!