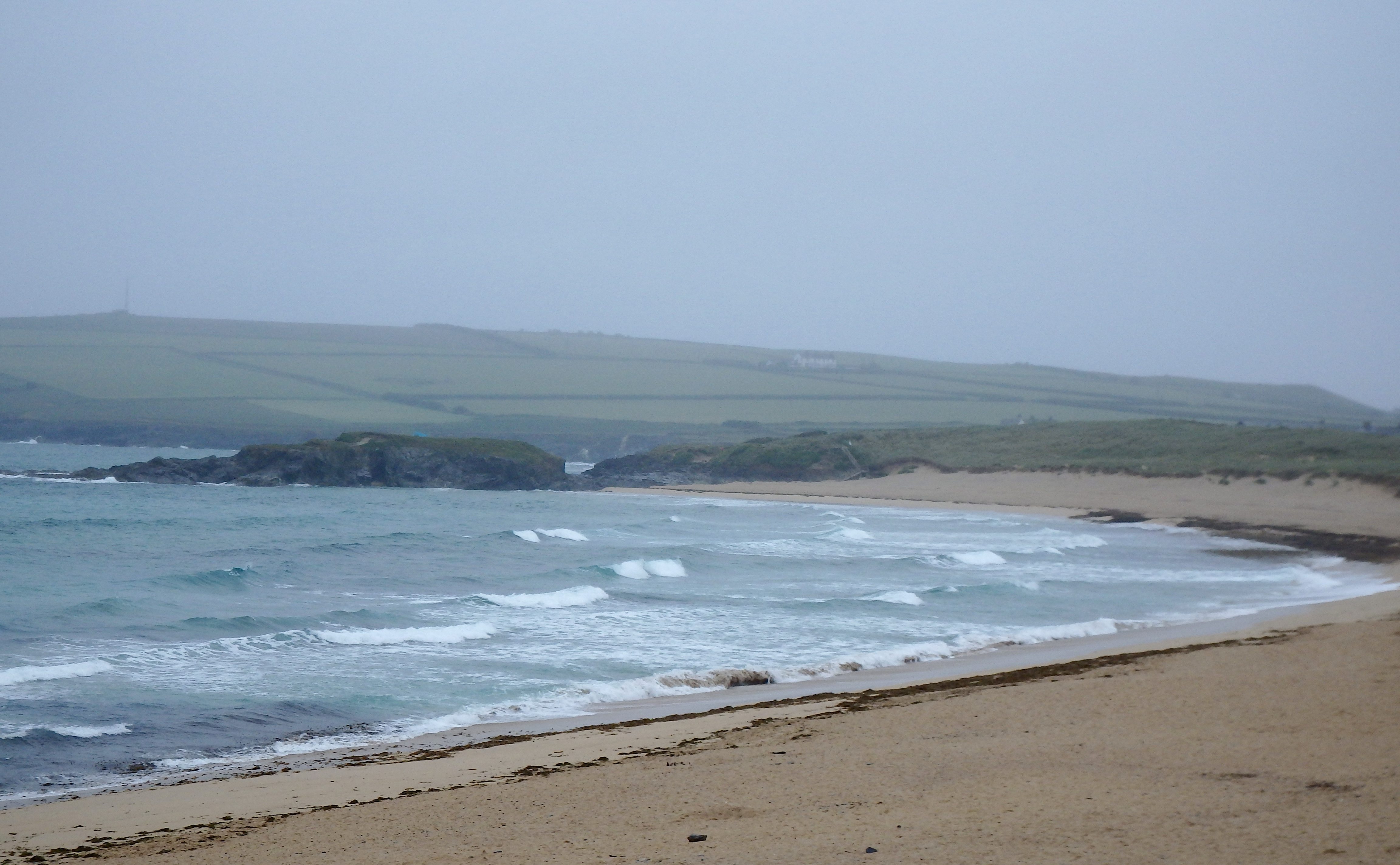 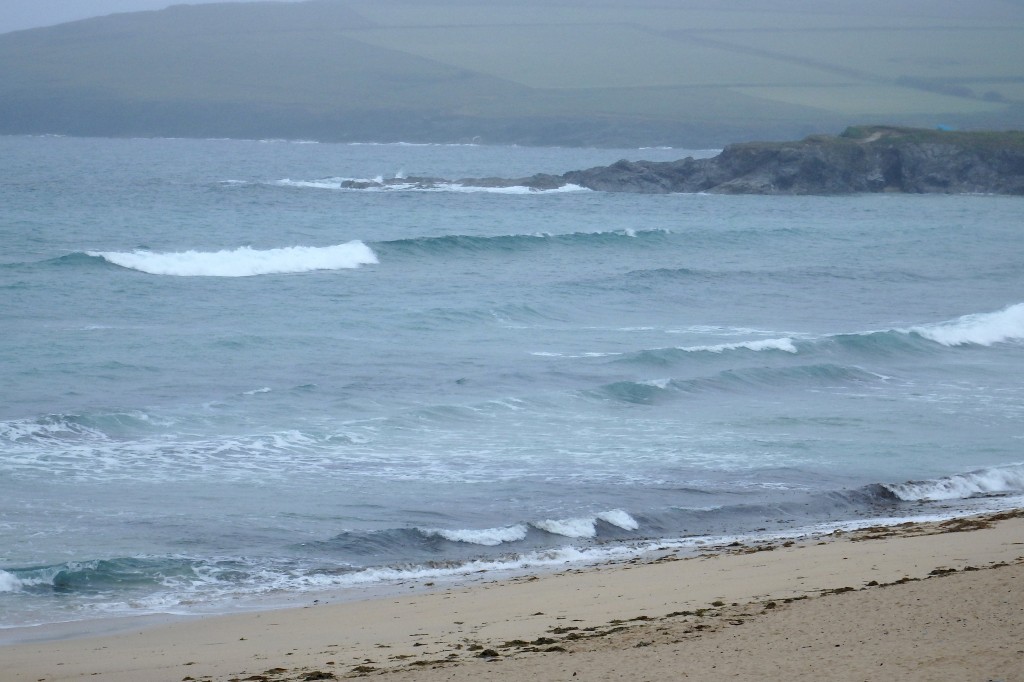 It’s a mizzly, drizzly and grizzly old morning this morning, the onshore breeze pushing dampness and discomfort through that cloak of gloom that once would have been a Cornish wrecker’s dream. Visibility is low, making for a spooky kind of beach scene, the couple of feet of broken up and wandering surf trying to lighten things.
So, two feet of onshore blown waves are all that we can expect this morning, this afternoon’s tide hopefully helping to support a little more swell but with nothing too exciting on the horizon, just yet. 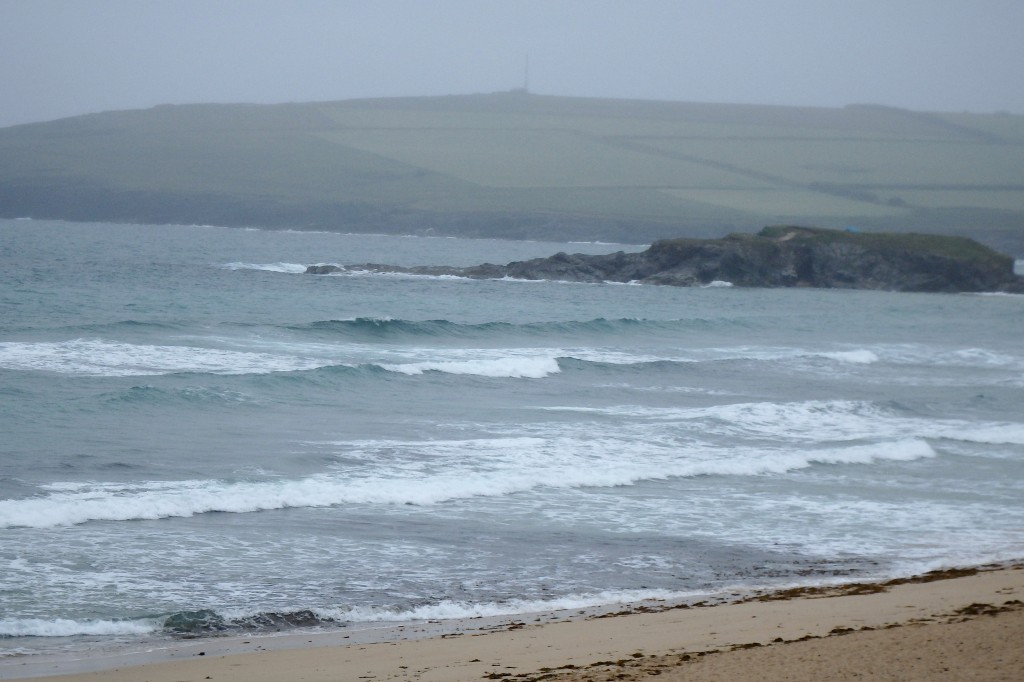 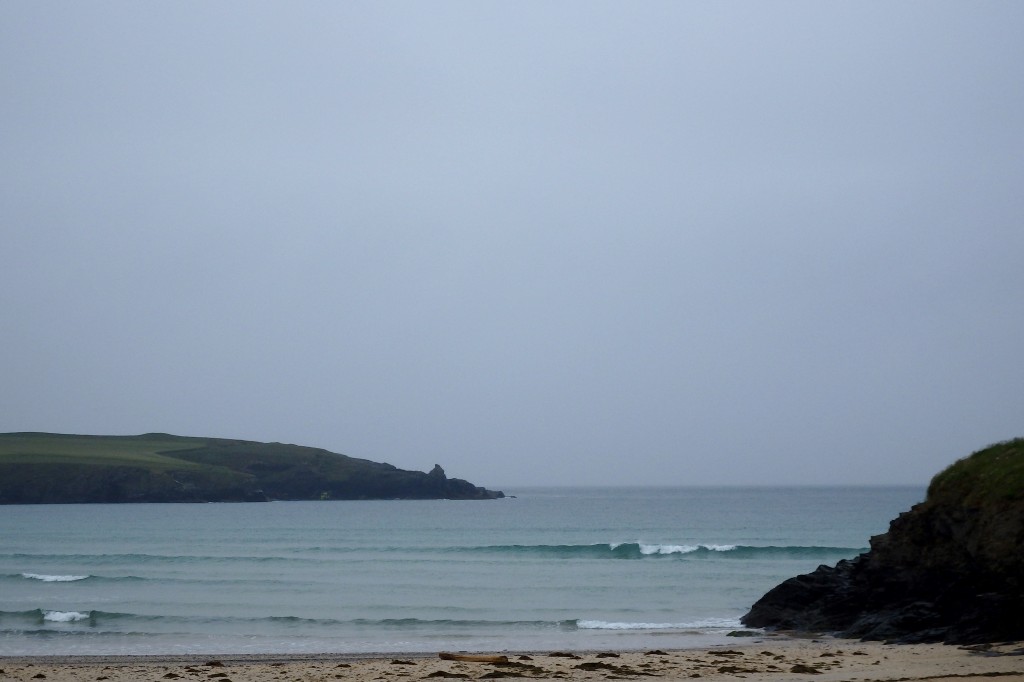 There is a fabulous but tiny little wave breaking occasionally just off the high tide bank here this morning.
But it is tiny, those teasing and peeling set waves no more than a foot, a gorgeous, turquoise and shimmering foot of peeling (for Harlyn!) tiny little wavelets but tiny! 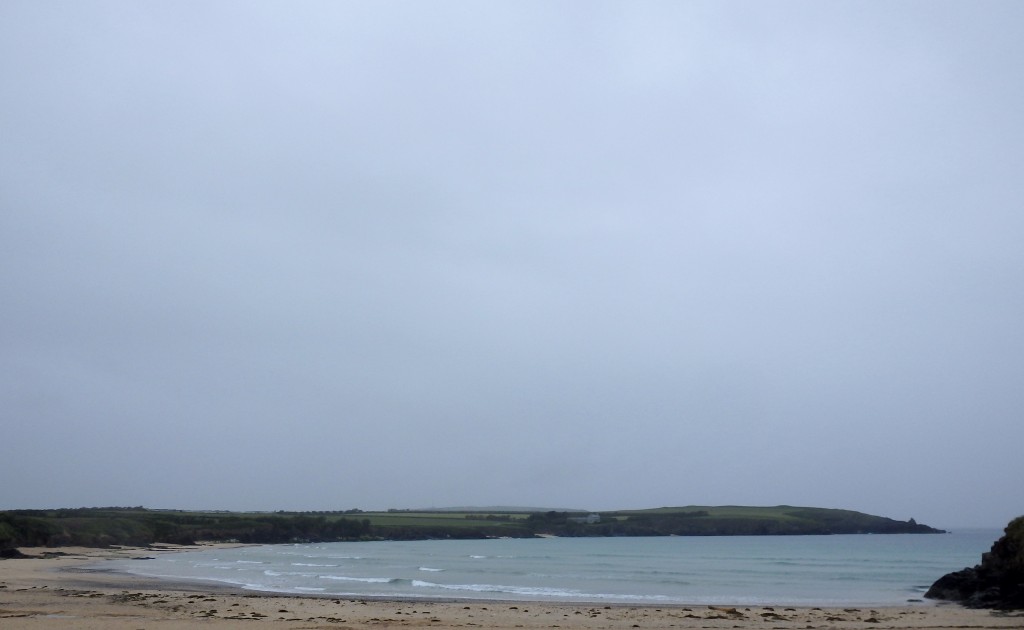 We should be enjoying the arrival of a new swell today!
A quickly building three to four feet of west wind blown windswell should thicken as the day goes on, hopefully producing enough size to get some little waves all the way around to Harlyn!
Unfortunately the wind is likely to stray from a south westerly in the morning (offshore at Harlyn) to a more annoyingly direct westerly by lunchtime (sideshore at Harlyn).
So we should have plenty of surf even if it’s not the best quality!

A new three foot or bigger, teen sized wave-period swell should push through to start this week, the wind onshore but relatively light.
There might just be enough swell getting around to Harlyn on Monday morning to keep most people happy, a couple to three feet and clean to start with, the wind starting out offshore at Harlyn but drifting to more of a sideshore blow by early afternoon.
Light winds will drift onshore as the week unfolds, that swell keeping up its steady but smaller, two to three feet rhythm as it pours our way.
The weather is likely to continue to be mixed but should settle as the breeze eases more to the south through midweek.
And the end of the week is starting to look bright and cheerful with the promise of small but cleaner surf.
But that is a long way off yet.
In the meantime it looks like we have a few days of fairly typical British summer surf to play in!
Have a great week, wherever you are and whatever you’re doing!