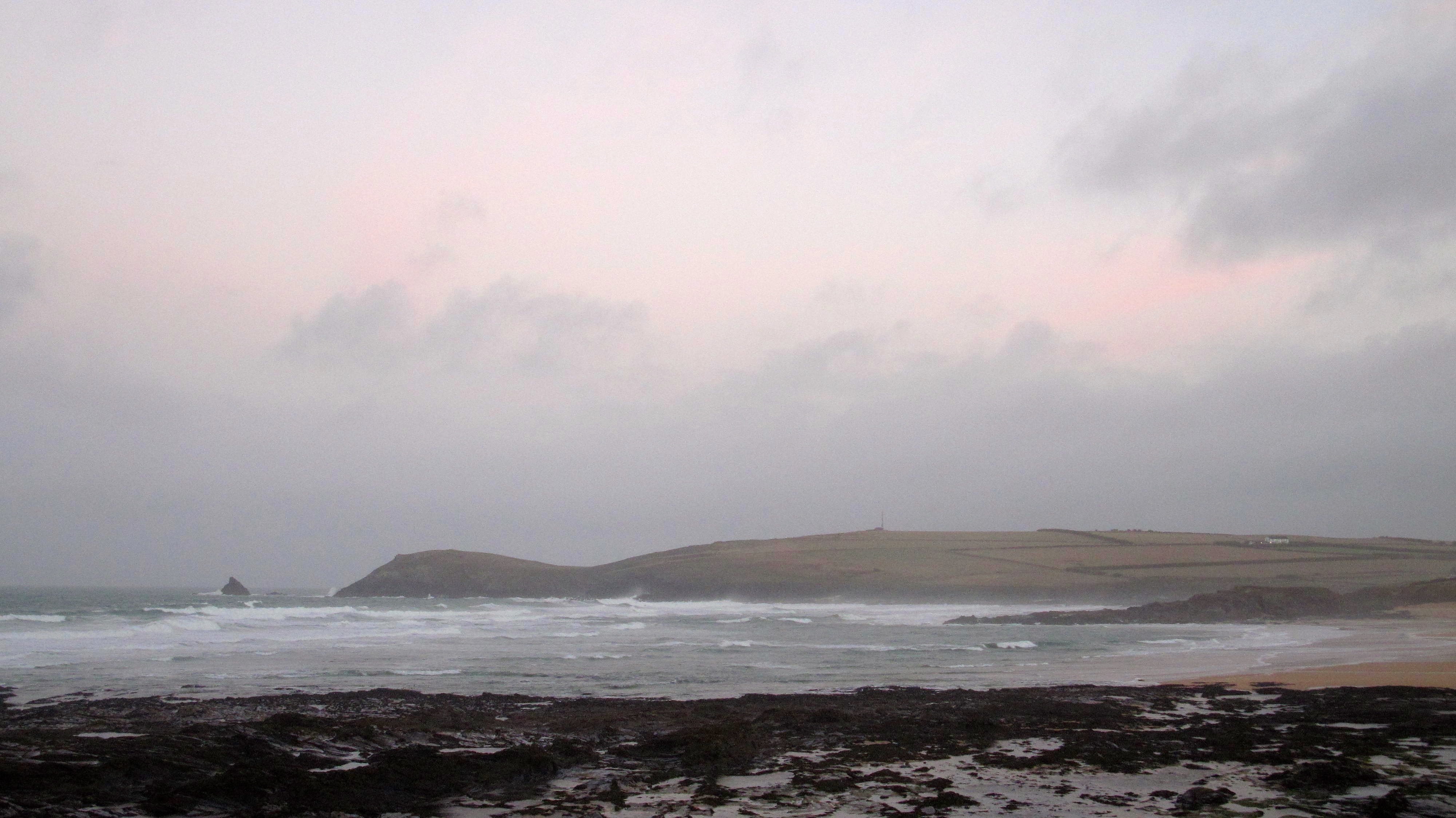 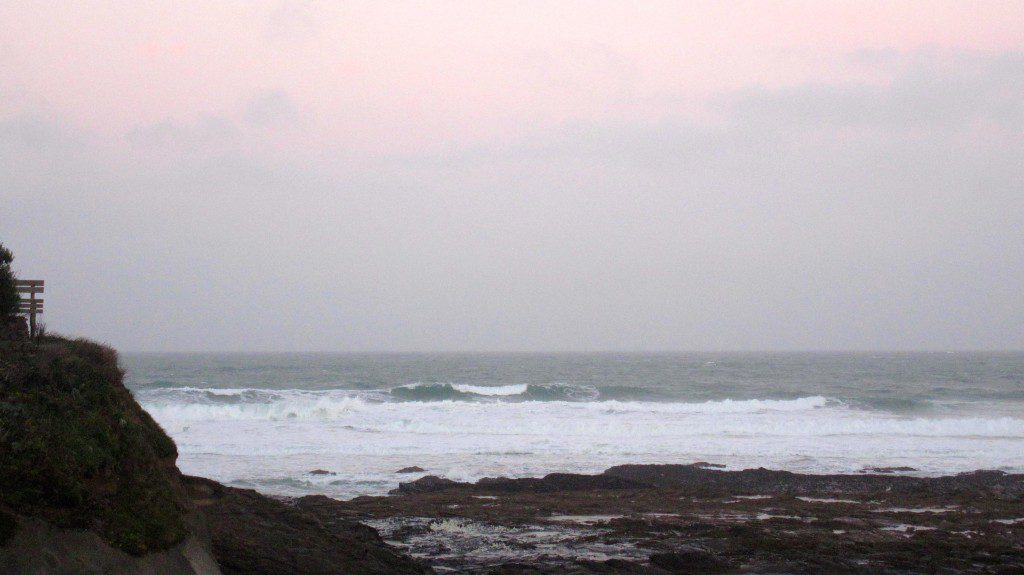 It’s a brighter one this morning but still with a lot of tumbling cloud in the sky being pushed along by that gusting south westerly wind.
And the surf is a little out of control as a result, six to eight feet maybe of mixed up and messy, grey seas just rolling around the bay.
It’s not worth the hassle, not here, not this morning.
But luckily there are a load of other breaks all the way up and down our jaggedy little coastline that will offer some shelter and surely provide some cleaner, more organised and hopefully barrelling little surf!
Let’s wander on over to Harlyn for a squint… 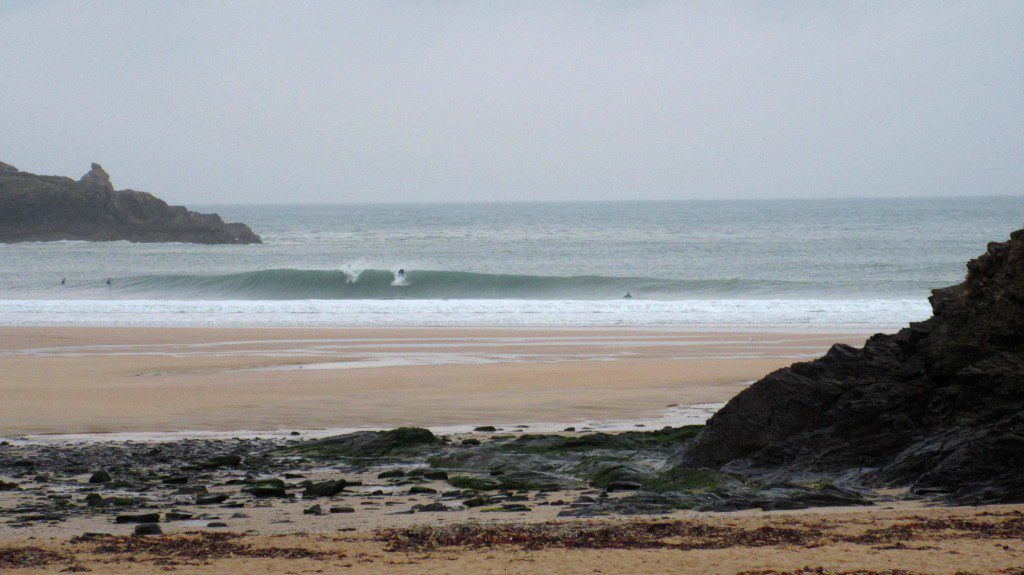 Yep, this is the place to be this morning, well, locally anyway.
There’s a very decent three feet and bigger of clean and sharp, cracking surf snapping onto the sand this morning. It’s still setty, a real long wait for those bigger ones and then half a dozen to the set, some closing out, the odd one freight-training across the bay.
Those right-handers off the rock are sizzling when they happen too!
The tide is still on the drop so you have to think that things will improve through the middle of the day but then again, so might the crowds! 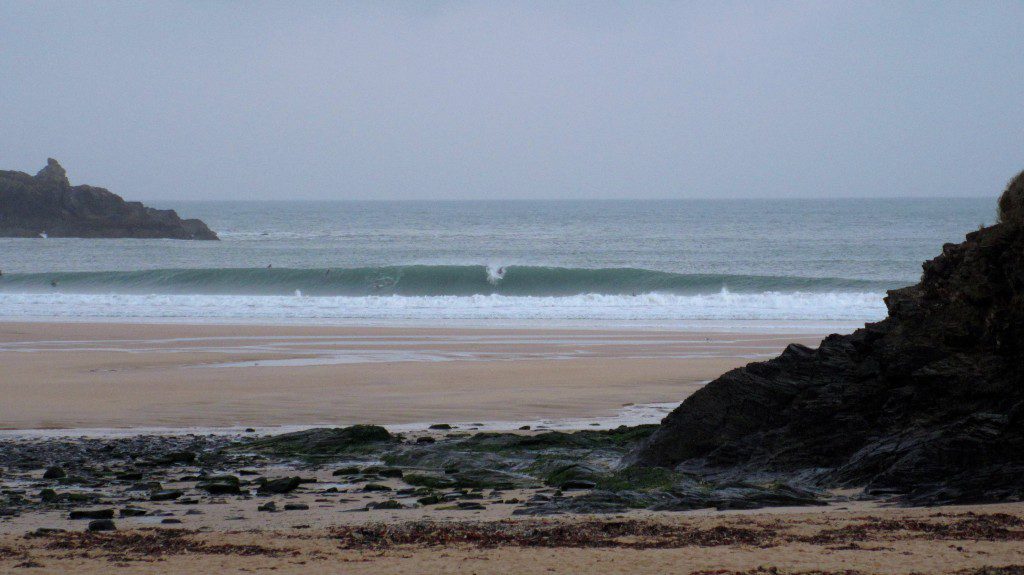 The wind might slide more westerly today, which is a little annoying as it will put a bump onto the waves at Harlyn.
And it is Harlyn again that is going to be the ‘go to’ break locally. It’s likely to be too big and too windy for our main breaks.
But we should still be enjoying a fun three to four feet of only lightly bumpy Harlyn, as long as that wind behaves itself!

It’s looking like we are in for another week of pumping waves but with those wandering winds too.
That same six to eight foot swell that we have been enjoying all week should carry us into the start of this coming week, the leftovers of that hurricane squirting across the north Atlantic and surely slingshotting some more thick and solid swell as a result.
And so it’s down to the wind, as always, to determine where and if the waves will break.
Around here it’s pretty easy to determine; when it’s big and south westerly then Harlyn is our spot, if the wind slides too far westerly or even north westerly then the far coast is the place to aim for but if the wind is from the south, through east all the way to north, then our main beaches open up.
After saying all that, it does look like a Harlyn week ahead, at least to start with!
Some bigger and bumpier waves are likely to be bursting onto the beach through Monday, gradually easing in size but hopefully cleaning up a little as we go into the middle of the week.
Have a great week, wherever you are and whatever you’re doing!