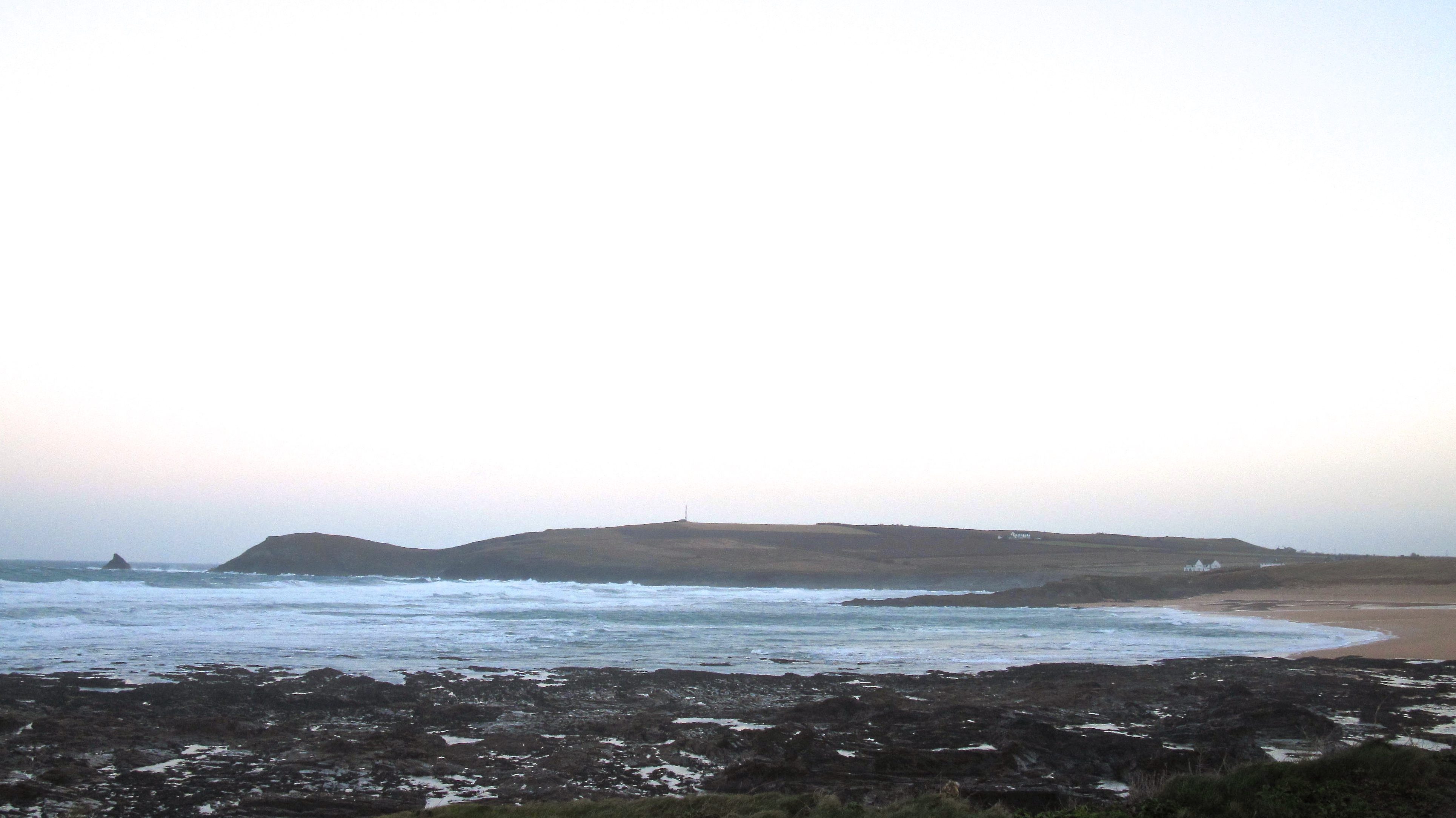 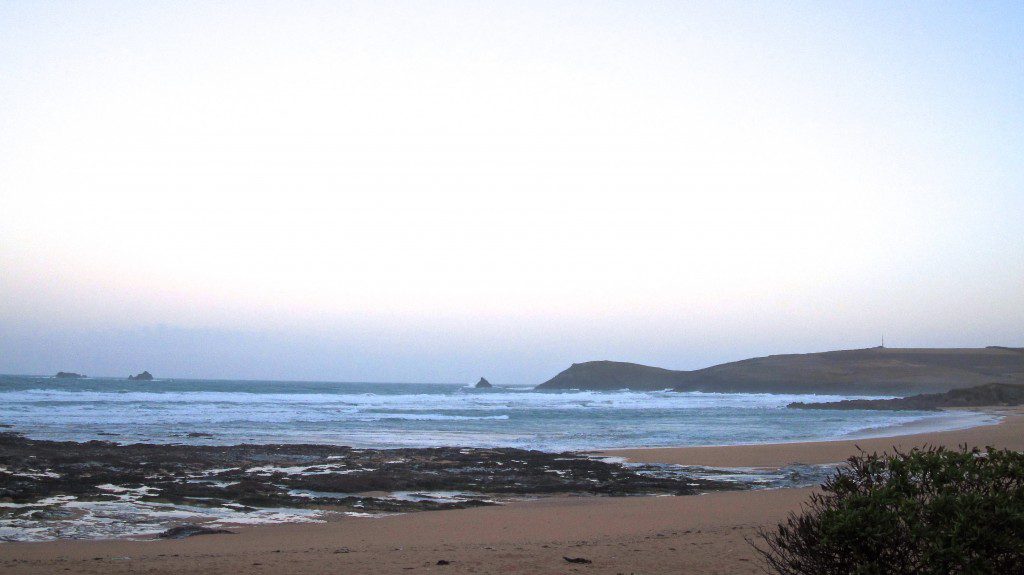 Bright and light skies are spread wide in between those heavy heavy and dark squalls that are flitting by.
I think that maybe the dark stuff has now disappeared for the rest of the day, that horizon-wide expanse of blue seeming settled for a while at least.
But the wind continues to blow and blow hard enough to wreck the surf, a tough westerly, maybe north westerly, bending the hedgerows and sending spume across the bay.
The surf is a wild and choppy four to five to six feet, those waves rocking back and fore, a sword fender’s dance; parrying and thrusting, retreating and advancing.
No, there’s not much out there for a surfer this morning, it’s probably best left for the seascape painters today! 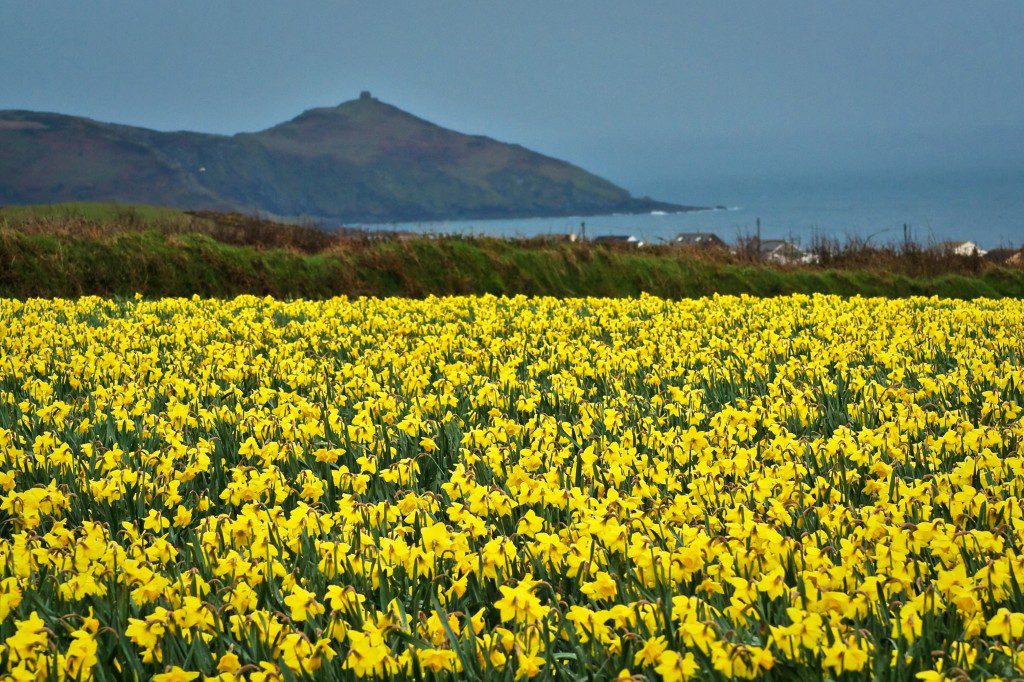 The wind is a little bit wrong for around here this morning as well, a little too westerly, or maybe even west north westerly.  And with the tide just an hour or two away from low, the sea is fully exposed to the effect of that wind.  There are there feet and bigger waves getting around and into the bay, some of the set waves quite a bit bigger.  And the wind is forecast to settle back to south westerly by late morning, so the incoming tide could just show some completely different conditions. Yep lunchtime could yet be good at the ‘lyn today! 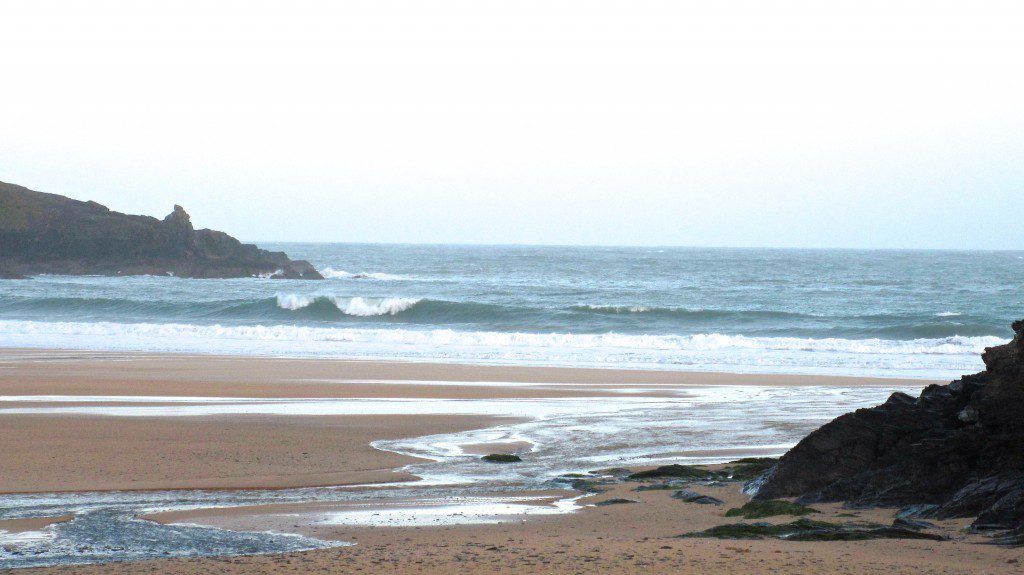 I don’t think that I need a crystal ball for today, strong onshore winds and a thick and frothy swell are likely to greet us in the morning along with that wonderful mix of face stinging squalls and brief flashes of brilliant sunshine.
Big waves, strong winds and a mix of sunshine and deluges.
Spring must be here!

Brisk onshore winds and a thick, rolling swell are going to start the week and probably end it too, with a good spell of the same in the middle.
Gale force westerlies, veering back and fore between north westerly and south westerly and often staying just direct westerly are likely to kick Monday off, lasting well into Tuesday and only weakening a little after that.
The surf is likely to be in the real big range to start the week off, dropping to just ‘big’ for midweek, going ‘real big’ again later.
So, keep the car packed, it looks like another week of dodging back and fore to the south coast if you want to get the best surf conditions out of this week again!
Have a great week, wherever you are and whatever you’re doing!