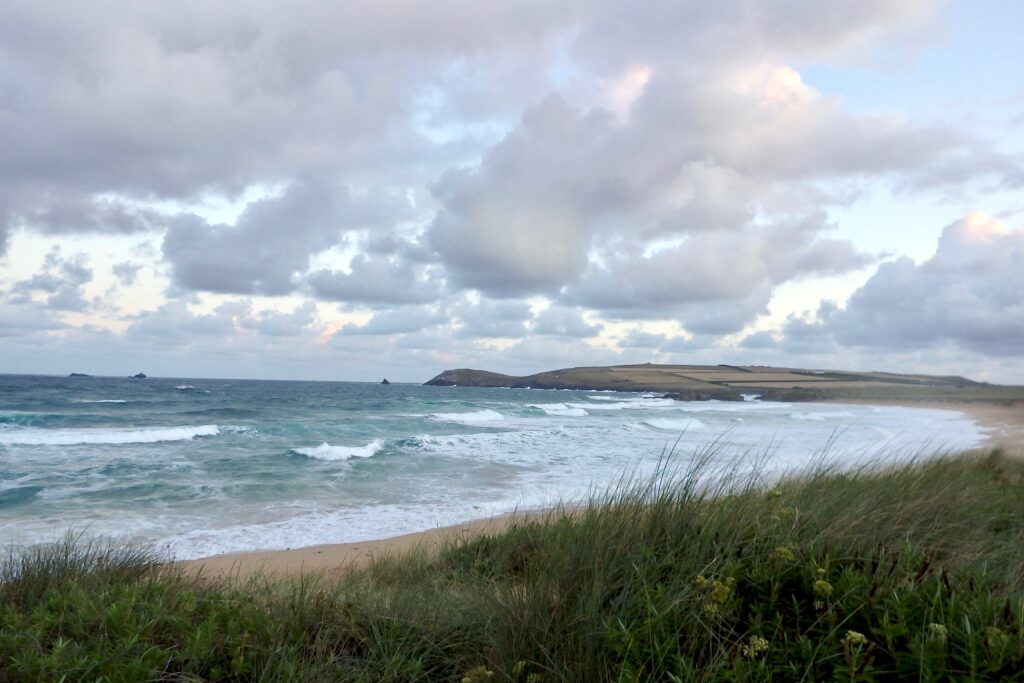 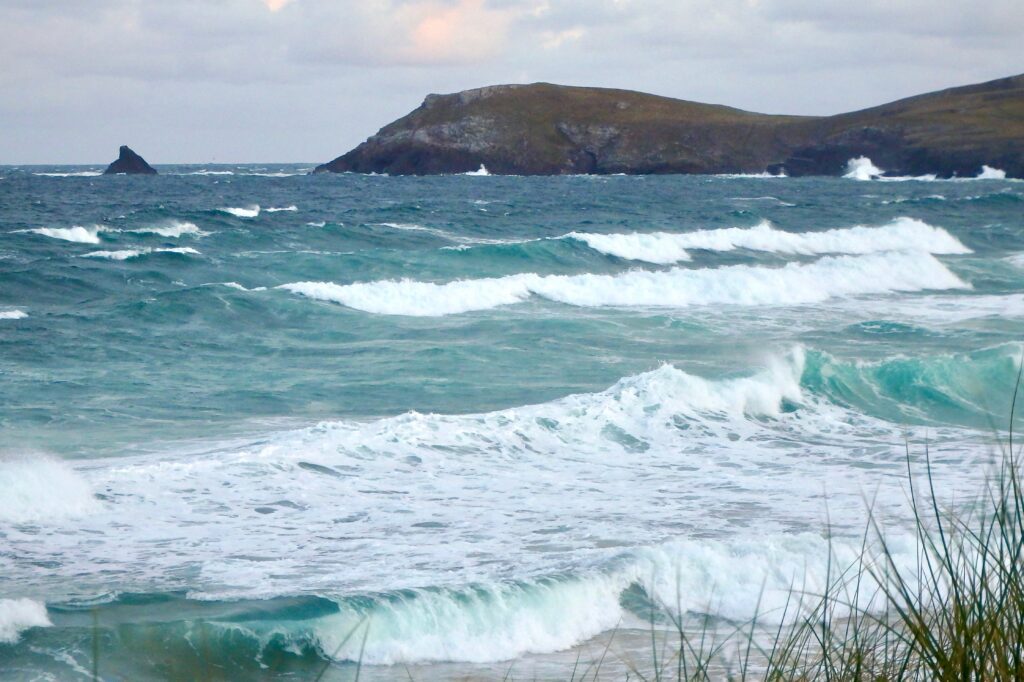 A chilly north westerly is blowing down the coast this morning, herding big bundles of gold and silver and white clouds across an otherwise radiant blue sky.
It is chilly and there is a definite chance of a shower or two but there’s also the chance of some longer spells of bright and cheery sunshine in a minute too!
The surf?
Ah, that’s a mess.
Three feet and bigger of windswept and choppy, bumpy surf is bobbing about the bay, lost in an eight metre high tide. 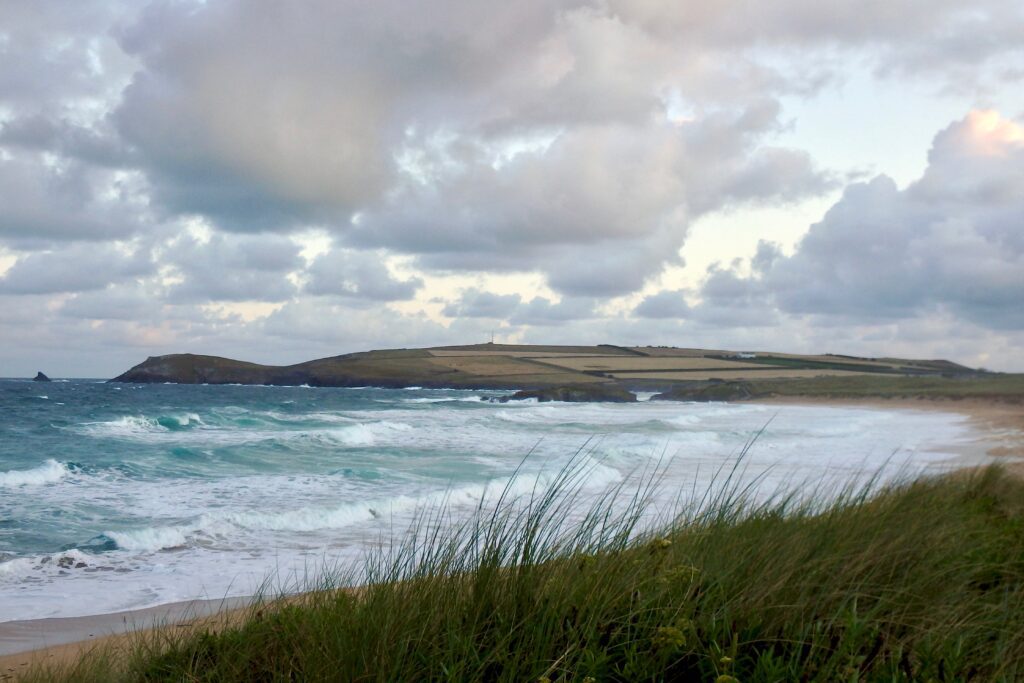 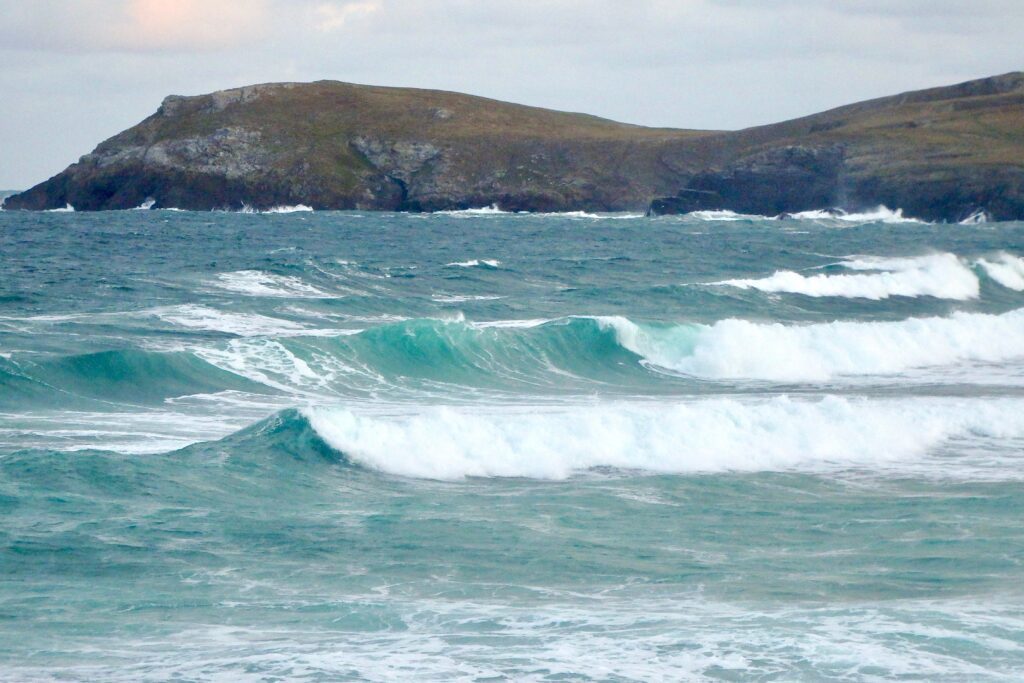 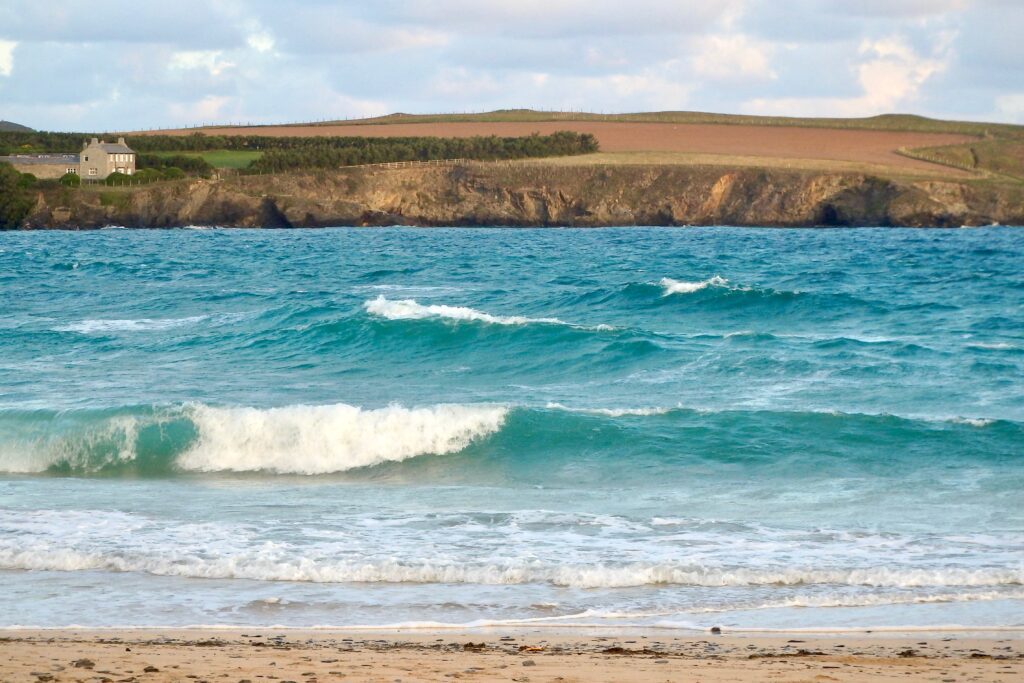 The bay at Harlyn is deserted this morning, a desolate and windswept stretch of coastline with a gusting and chilling blow sweeping in from the north west.
The surf is a blown out mess, the one to two foot waves tumbling into the high tide depths.
The sunshine will brighten it all up when it settles but there won’t be anything other than junk surf to ride here today!
Then again, Harlyn can always be more fun than you would expect on days like today! 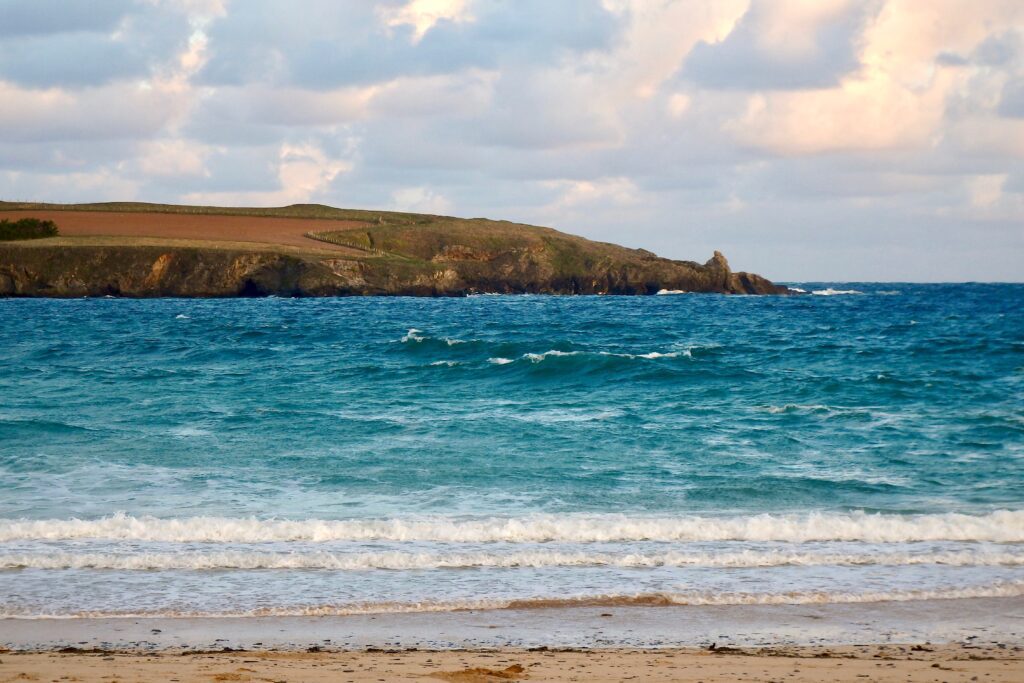 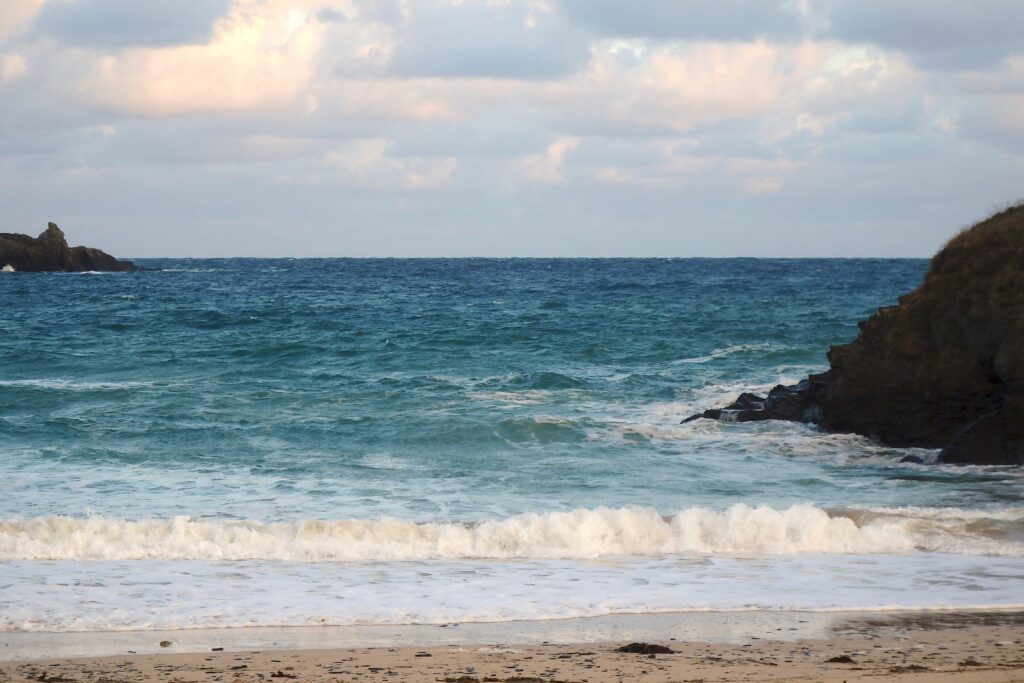 The wind is likely to be a degree or three more westerly today, still mainly onshore at most of our surf breaks but maybe not that strong.
The bright sunshine is likely to be tempered by the chill of that wind but otherwise we should be enjoying a bright enough and fine enough day with small and fairly sloppy surf!

We will be embracing autumn meteorologically as well as figuratively this week, the wind gusting onshore all week long and probably well into next week too.
Starting out from north west, that wind should lighten through Monday morning and settle more from the west, at least allowing conditions to be just a little cleaner.
But combined with only a small and localised little windswells we are probably not going to be getting too excited by any of it with some small and weak, choppy little waves to surf at best.
That wind is likely to strengthen through Tuesday hopefully pushing a little more swell our way by the evening, maybe just enough to fire up Harlyn.
But whatever swell might have built up for midweek it is likely that it will be tattered and torn by those hard gusting north westerly winds.
And they will stay with us all the way through the back half of the week too, the weather eventually deteriorating as we end the week.
Have a great week, wherever you are and whatever you’re doing!