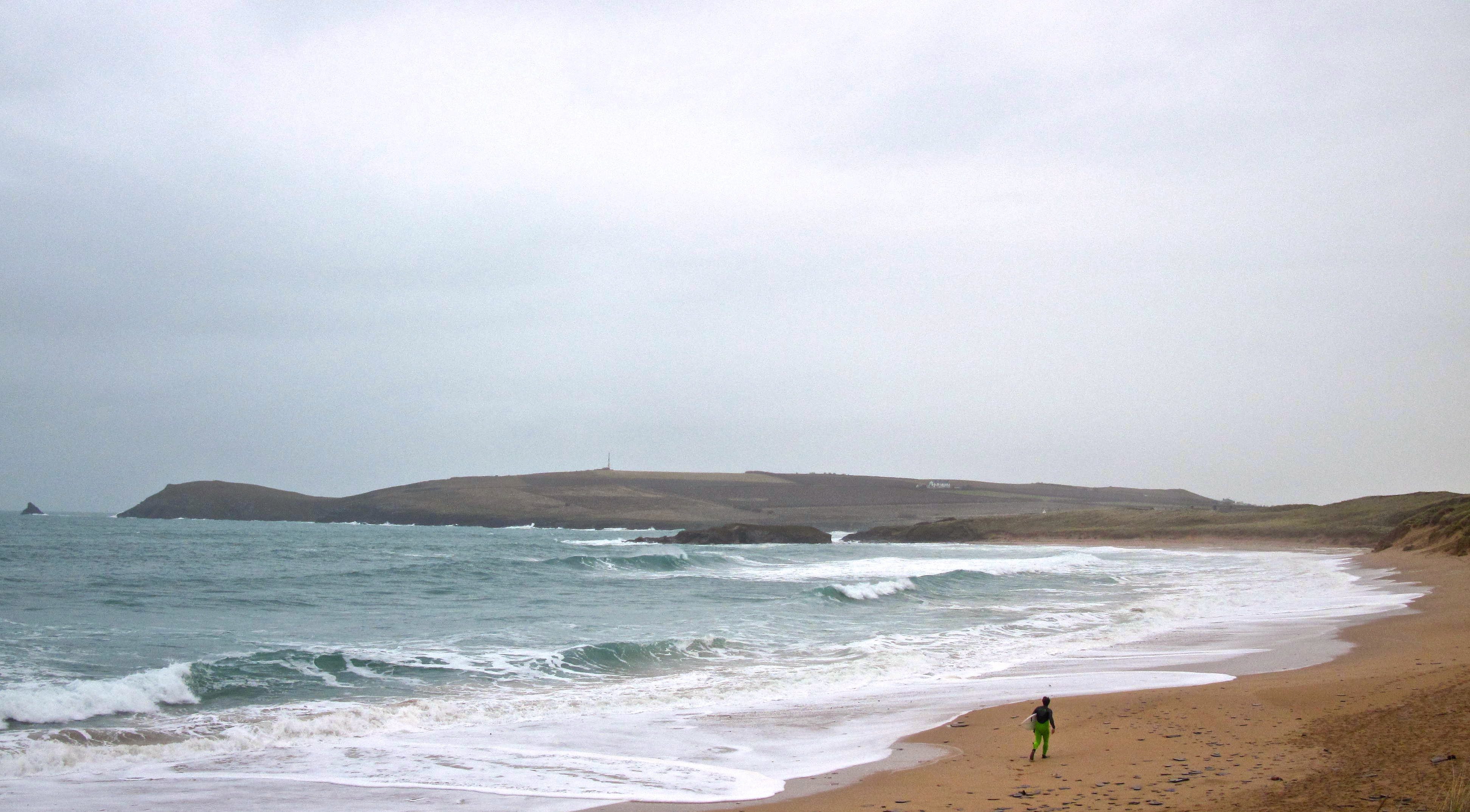 Wall-to-wall greyness surrounds us this morning but it is a gentler and calmer morning than we expected, the wind light and pretty much from the south, almost but not quite the south east.
And so the surf is better than expected too, a three foot swell swooping in and peaking along the beach. It’s probably three to four feet when you’re out there, more three than four but that will change soon enough and the wind is almost offshore but not quite.
So, right now there are rippable peaks at an ultra high HTC for those who want it.
It will all change as the morning rolls along, the greyness staying but the wind strengthening, and the swell doubling and then doubling again.
It is likely to be a whole other world of wild and rugged madness by this afternoon! 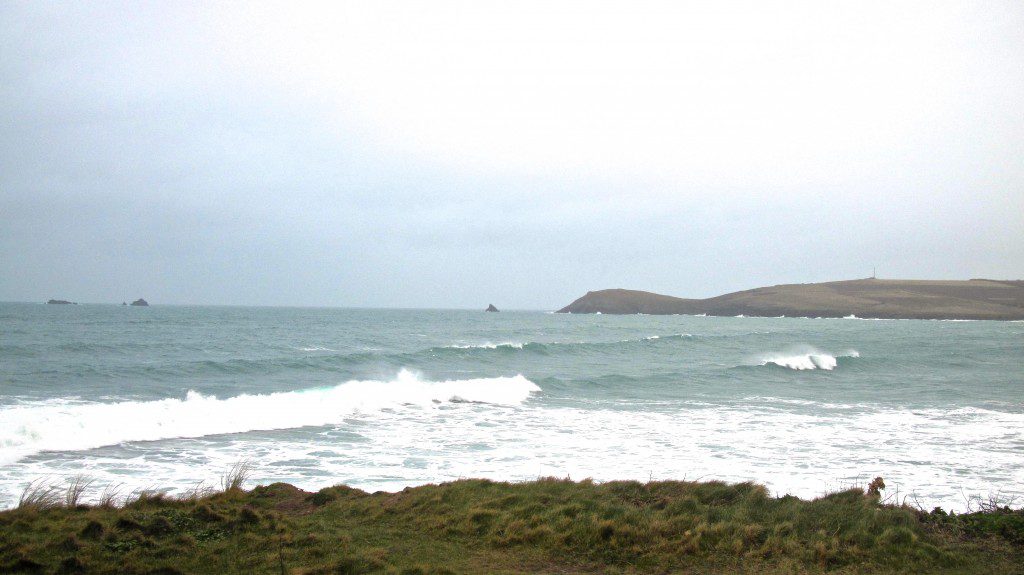 It is super calm around here this morning, that high, high tide lapping the bridge while two foot waves peel across those short but shallow high tide banks.
It is a lot smaller than we would have expected for this morning but that is going to change soon enough.
The wind is forecast to strengthen in a minute and the swell is going to build and build, so you won’t have to look much further than here for a surf by this afternoon.
The wind is set offshore here, strengthening throughout while the surf is likely to build into the ‘big’ range quickly enough! 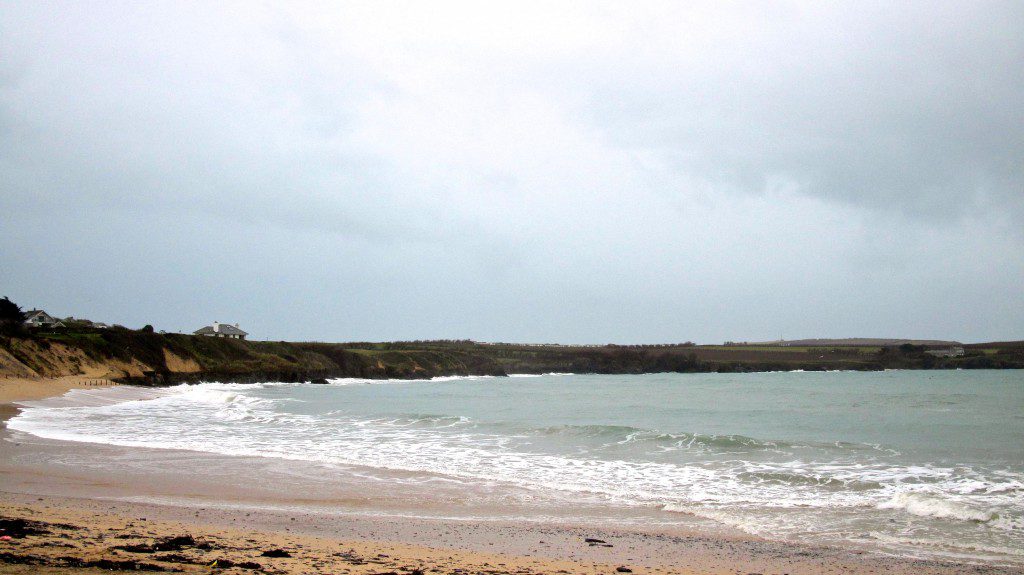 Wild and stormy conditions should be entertaining us throughout today.
Storm force westerly winds are likely to be driving big, big waves onto our coast, booming and battering our rocky little coves and bays!
Look out at high tide, these big Spring tides are going to be livened up by those wind driven swells.
But the south coast just might be on for a good surf if you pick the right place!

Big swells are rolling our way for the start of this week, the wind powering through from the west, blowing harder and harder, driving those big, big waves into our craggy little bays and coves.
The surf is going to be big at the start of this week, very big!
But, as so often, those wild winds are going to destroy any chance of getting into the surf around here anytime soon.
Our only chance of getting some cleaner stuff is to take that drive all the way over to that far coast again!
Have a great week, wherever you are and whatever you’re doing!