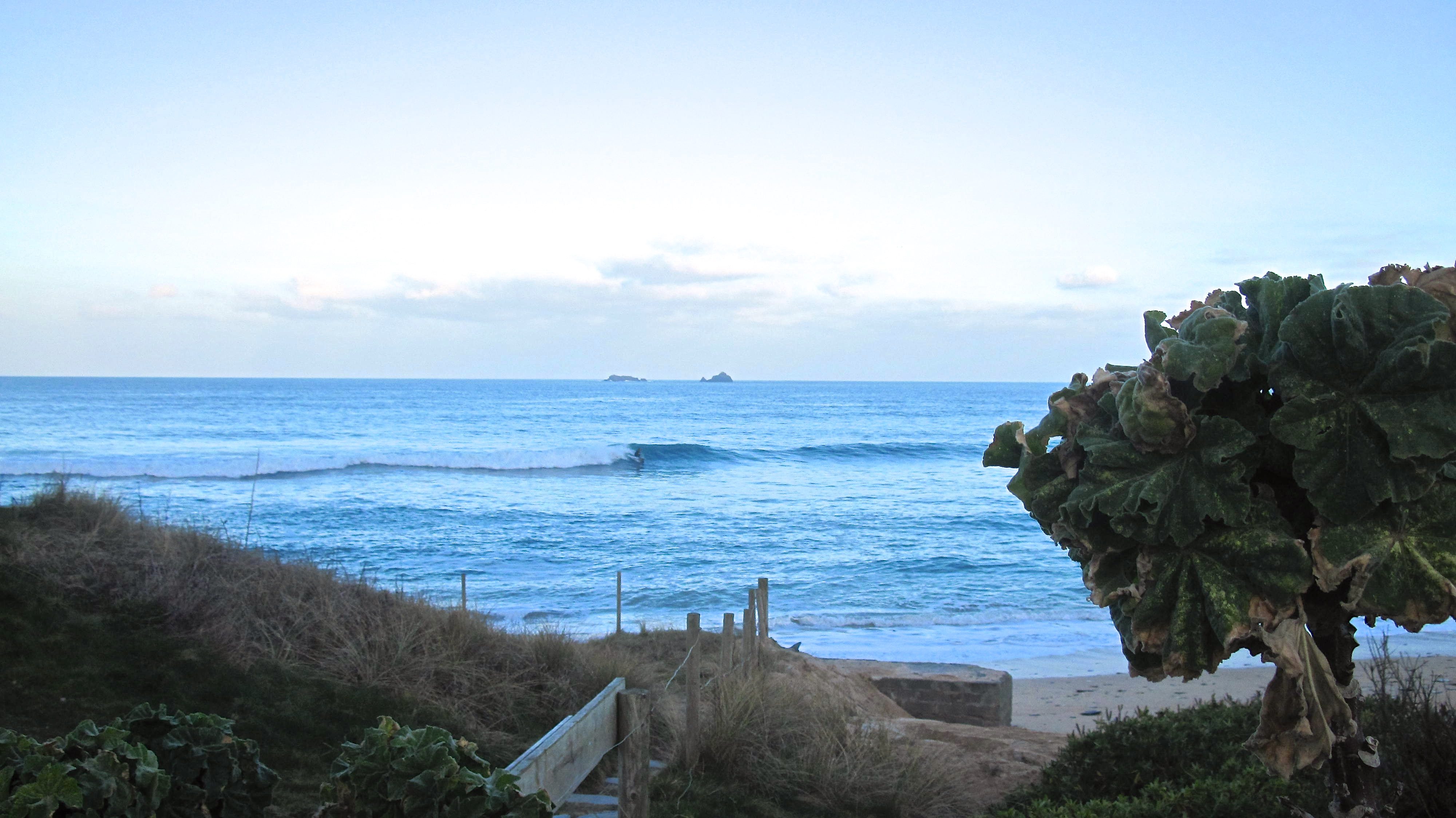 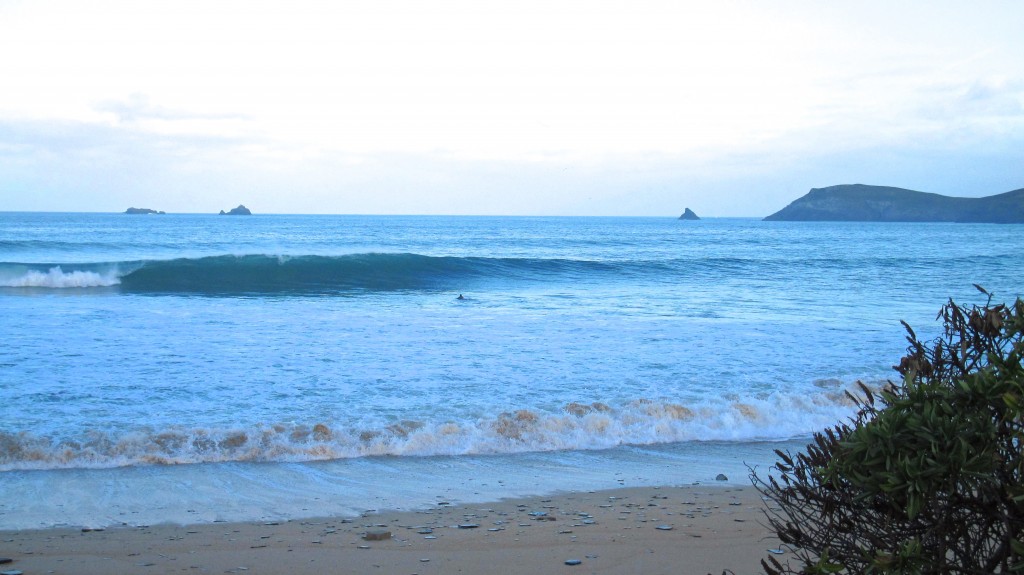 Sunday morning is smiling down on us after an action packed and filled-to-the-brim Saturday!
If you didn’t enjoy the rugby, maybe you had your fill at the ‘Mussels and Beer Festival’ in the Cornish or perhaps you kicked back at the ‘Approaching Lines Film Fest.’, down at the Lighthouse Cinema in Newquay?
Wherever you might have laid your head yesterday, today is another bright and gorgeous one, the sky filled with blue and the sea filled with waves.
There’s a three foot swell throwing beautifully shaped and flowing three to four foot waves across the high tide Reef with only Hilly out to enjoy it.
The tide is a full 8 metres and so isn’t going to hang around on its way back down to a full zero metres. That is a lot of water to move a long way!
So, we should be enjoying slightly smaller waves than yesterday but in better conditions.  Three feet in an offshore breeze, have a great day! 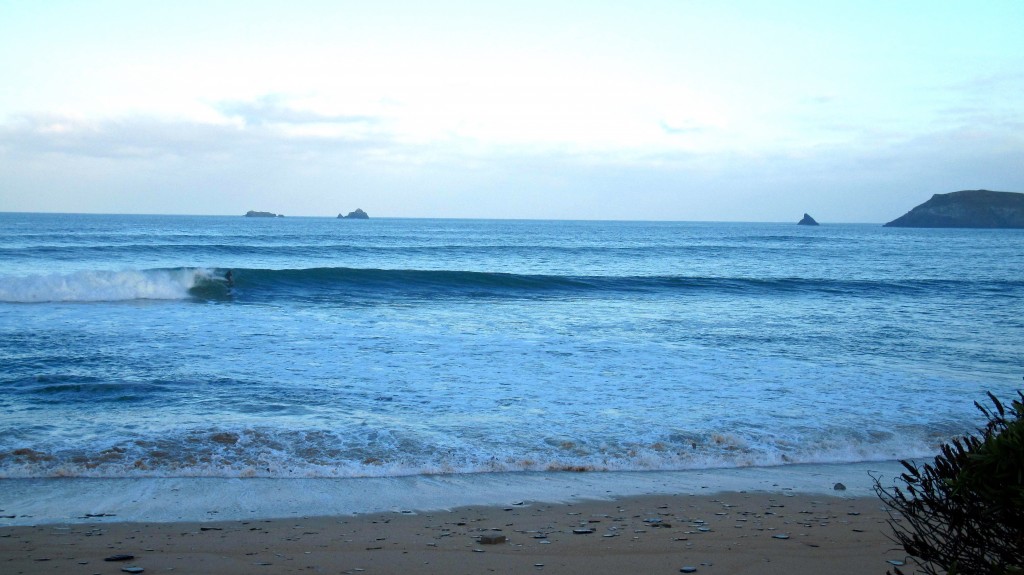 The Approaching Lines International Festival of Surf has kicked off at the Lighthouse Cinema in Newquay with a wealth of films on show. There are two sessions a night with a few UK premiers, guests and the Reef Single Fin Classic on Sunday at Fistral, all followed by a blow up after-party on Sunday night!  And the surf looks like it could be ideal for that! 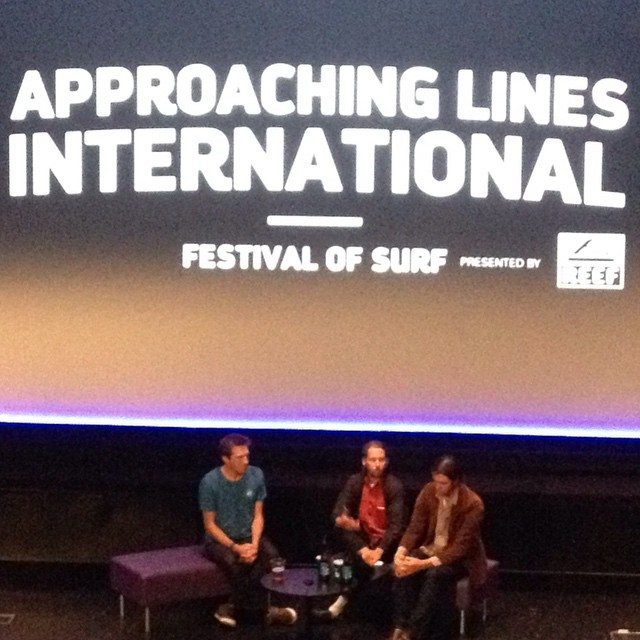 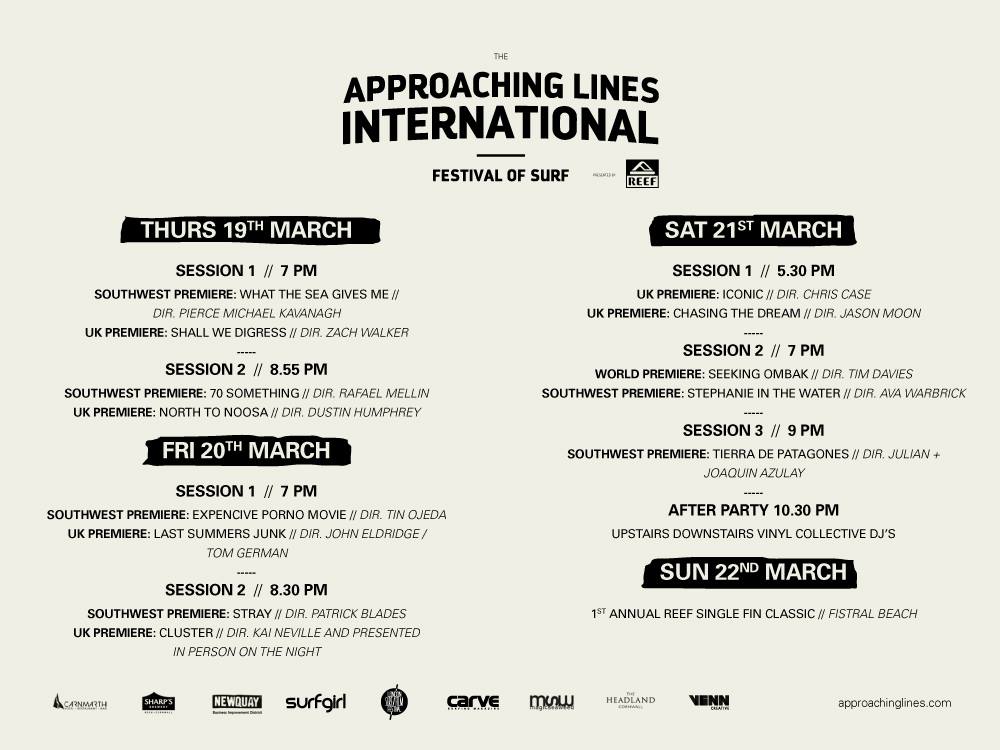 There are little shin ticklers smashing on to the beach here this morning, that sell continuing to pass by the bay today, especially during this big high tide.  It’s not the place to go for a surf today but conditions are gorgeous for a paddle or a winter swim.  No, it’s the other side of the headland for surfing today, it is fabulous over there!

Oh!
Onshore winds!
What’s that about?
We were just getting used to those calm and clean, offshores all last week and now it has to change.
So, the wind should stay light starting out from the west and then gradually easing just a little to the south west before twitching north westerly through mid afternoon.
With a three to four foot swell rolling in there might just be a chance that Harlyn could show some surf. It should do, even if it is only small at maybe a couple of feet.
But get on it fairly quickly it is like to be junk by mid afternoon!

After the last week or two of fun and clean conditions, this week is likely to start out with onshore winds affecting the three to four foot swell that should continue to roll our way.
Monday morning is likely to start out bright enough with a breezy sou’ westerly making for bumpy conditions at the main breaks, keeping things clean at Harlyn. But by the afternoon that wind is likely to be north westerly, onshore everywhere.
And it is likely to stay that way all the way through till towards the end of the week.
There should be plenty of surf but in that sloppy and bumpy kind of way. But the young ‘uns seem to have that down, seeking out those wedgy, inside double-ups and reforms to use as launch platforms.
Yeah, the kids are teaching us a lot recently about how to surf onshore junk conditions! And that opens a whole heap of alternative options!
Have a great week, wherever you are and whatever you’re doing!