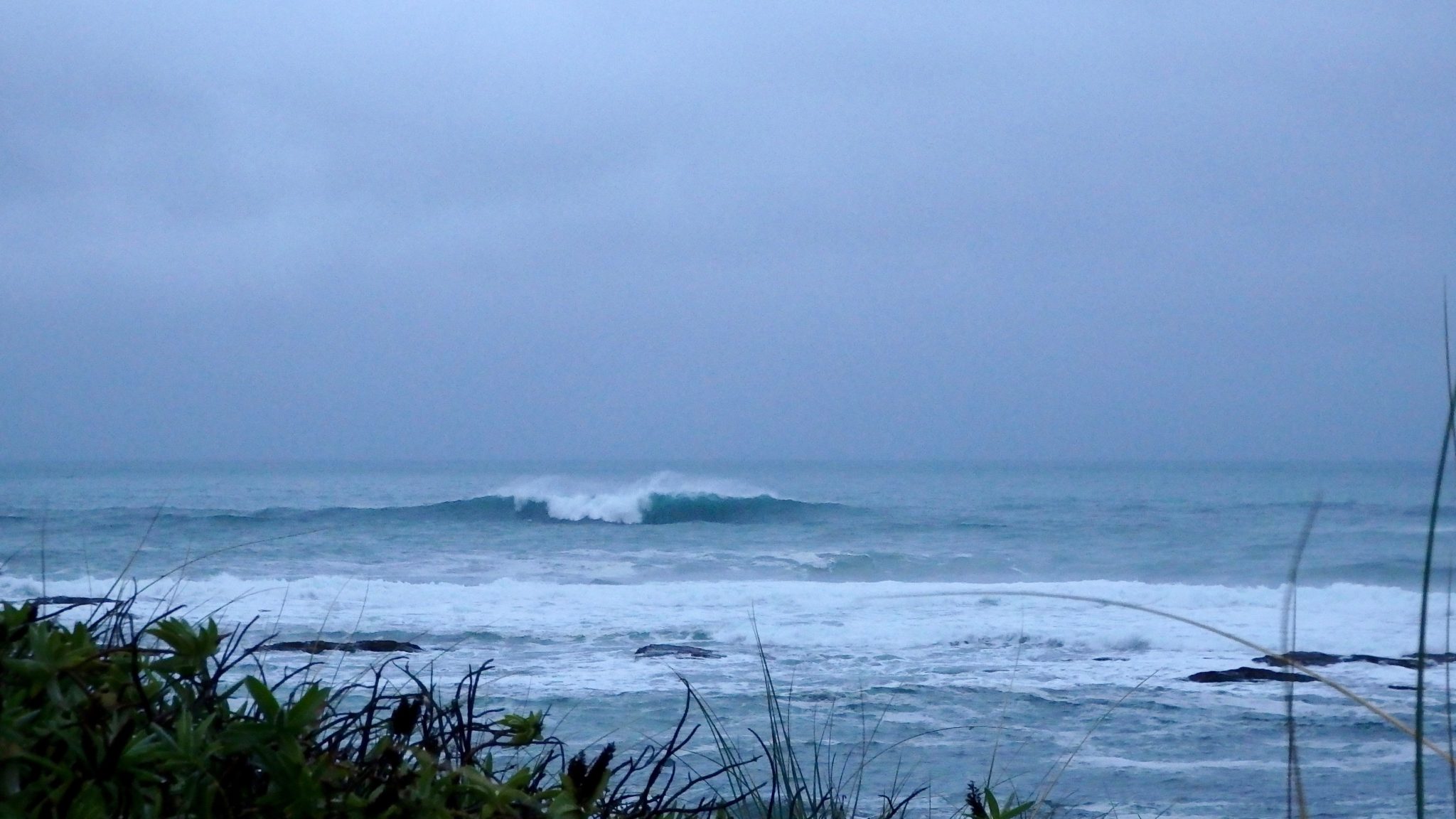 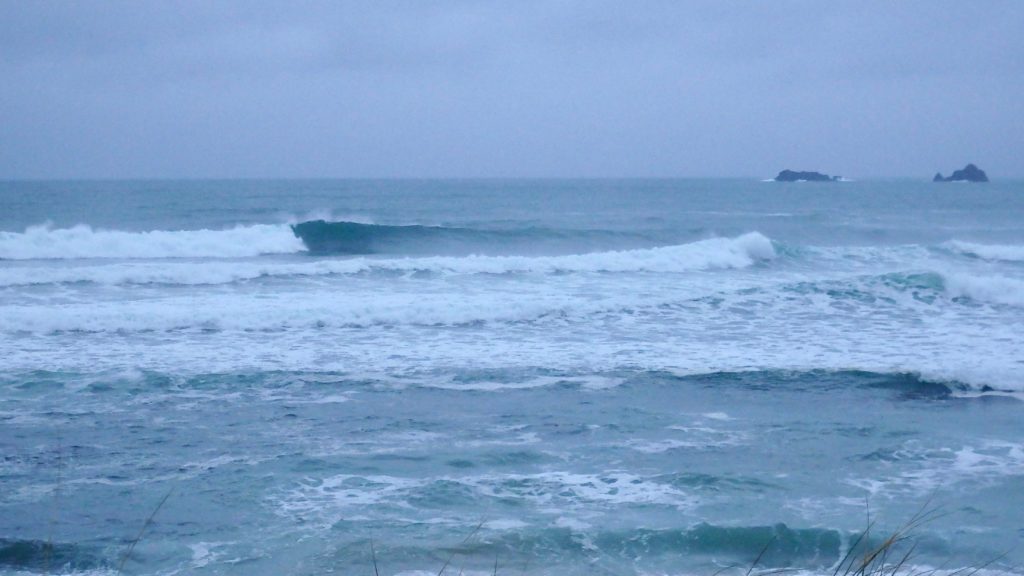 A heavy leaden sky is weighing down on the mist and mizzle of a damp and calm morning this morning, the seaspray mist of thundering waves mixing with that mizzle on the foreshore, a sure clue that the surf is running high!
But maybe not as high as we hoped!
Four to six feet of thick and wedging, grey waves are thumping ashore, the occasional only slightly bigger set bulldozing out of the deeps. It’s a thick and lumpy, solid swell but not really into the scale of the internet forecasts of the last few days. Not yet anyway.
If only that breeze would back offshore!
Saying that, there are many surf breaks all the way up and down the coast which will be on fire right now! 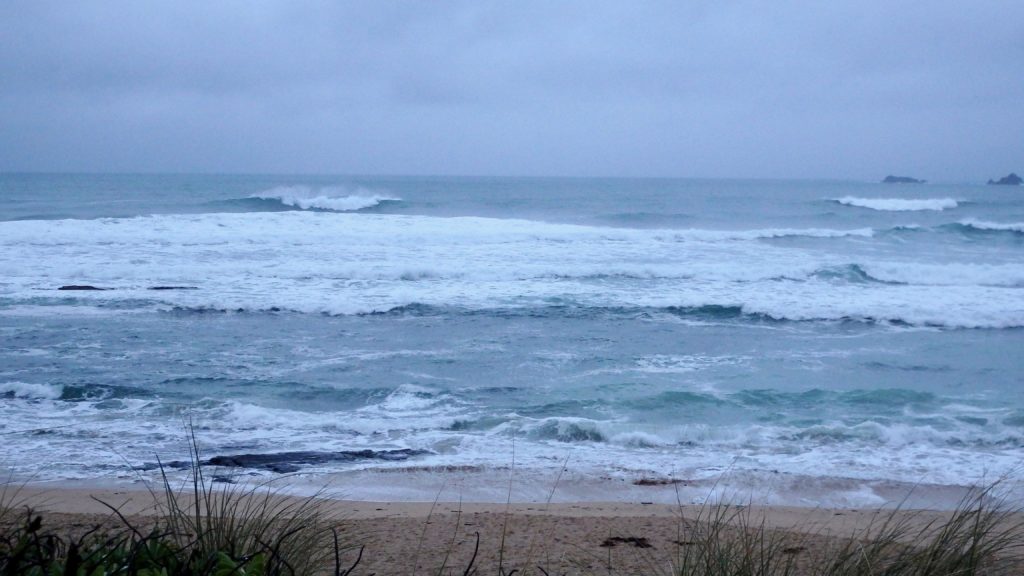 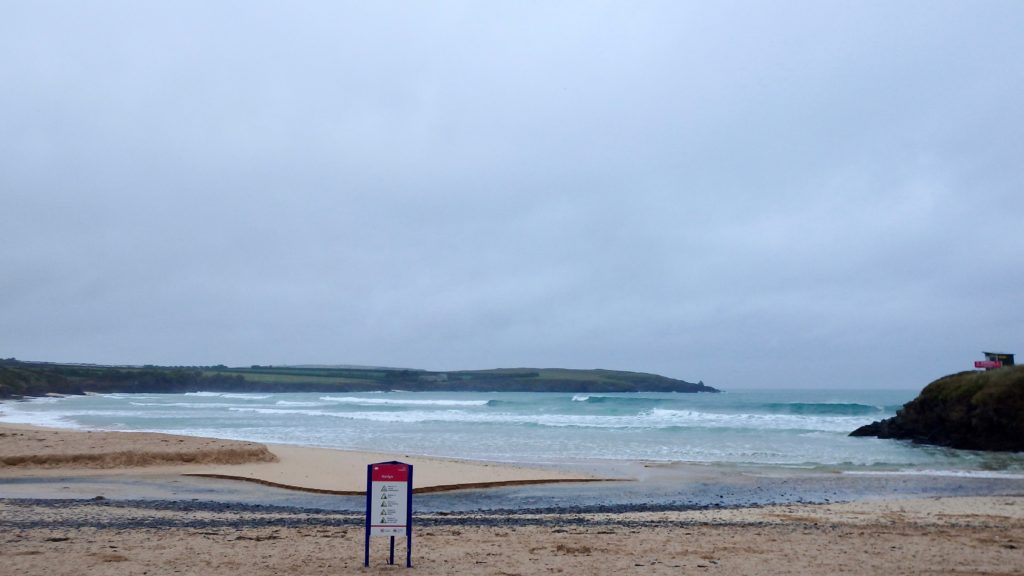 Three to four feet of thick and lumpy swells are pushing their way into the bay this morning, some of those bigger ones marching straight on past without bothering to stop though.
That might change as the tide flood out in a bit, those bigger and thicker ones maybe just being drawn to the shallows.
And then this afternoon’s tide should attract some carnage and mayhem as more solid waves start to pounce ashore.
We should safely expect some heavy and hollow, sand-dredging board snappers in the four to six feet range through this afternoon! 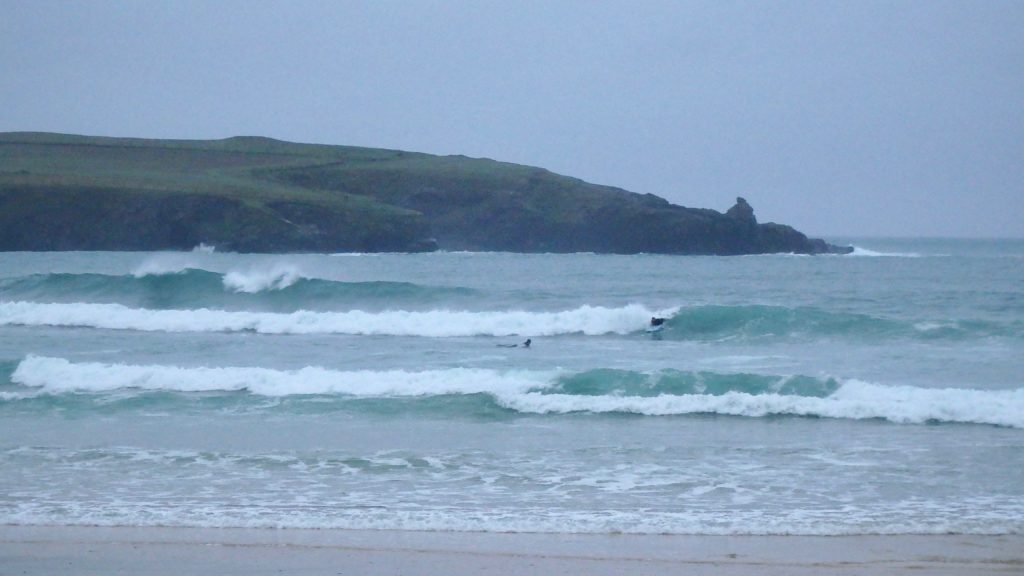 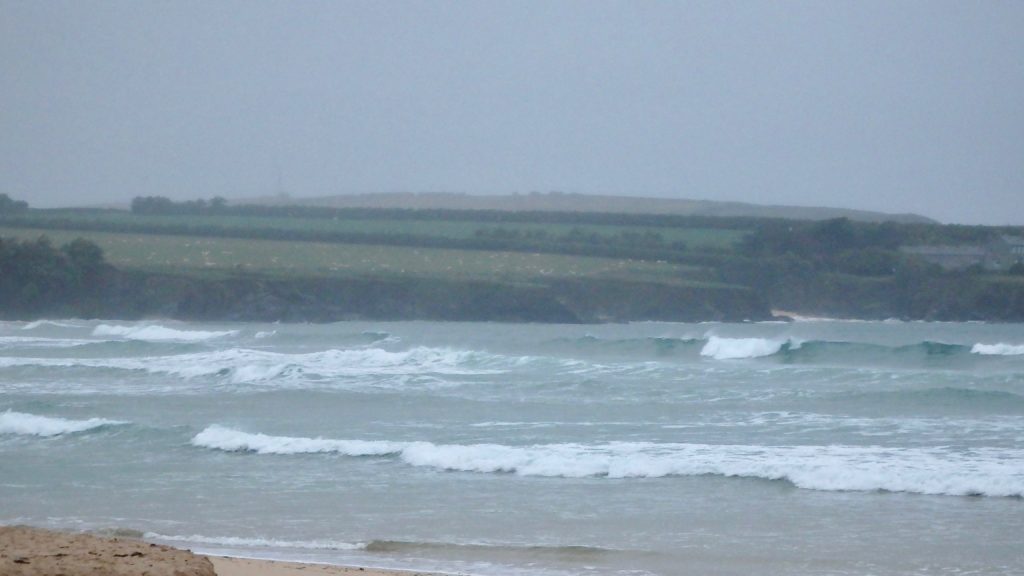 That thumping swell of Sunday is likely to have turned out to be fairly short lived little burst of activity, the breeze switching back to that wave crumbling north westerly direction, the swell having halved or more.
There to four feet of lightly onshore slopped surf is as much as we can expect today!

Onshore winds will return for the start of this week which will coincide with a fairly quickly dropping swell.
So north westerly winds will return for Monday, three to four feet of hopefully still thick and solid swell left to rumble into our bays and give us some hope of a decent little session or two!
By Tuesday the wind should have calmed allowing those only small waves to maybe be more enticing than expected.
a couple of feet of peaking and peeling little shufflers should keep most of us happy, especially if the sunshine kicks in as forecast!
And then it’s back to light onshore breezes for the rest of the week with a mainly three foot swell steadily rolling our way.
So, some fun waves to enjoy, if not necessarily the hoped for September swells of other years!
Have a great week, wherever you are and whatever you’re doing!