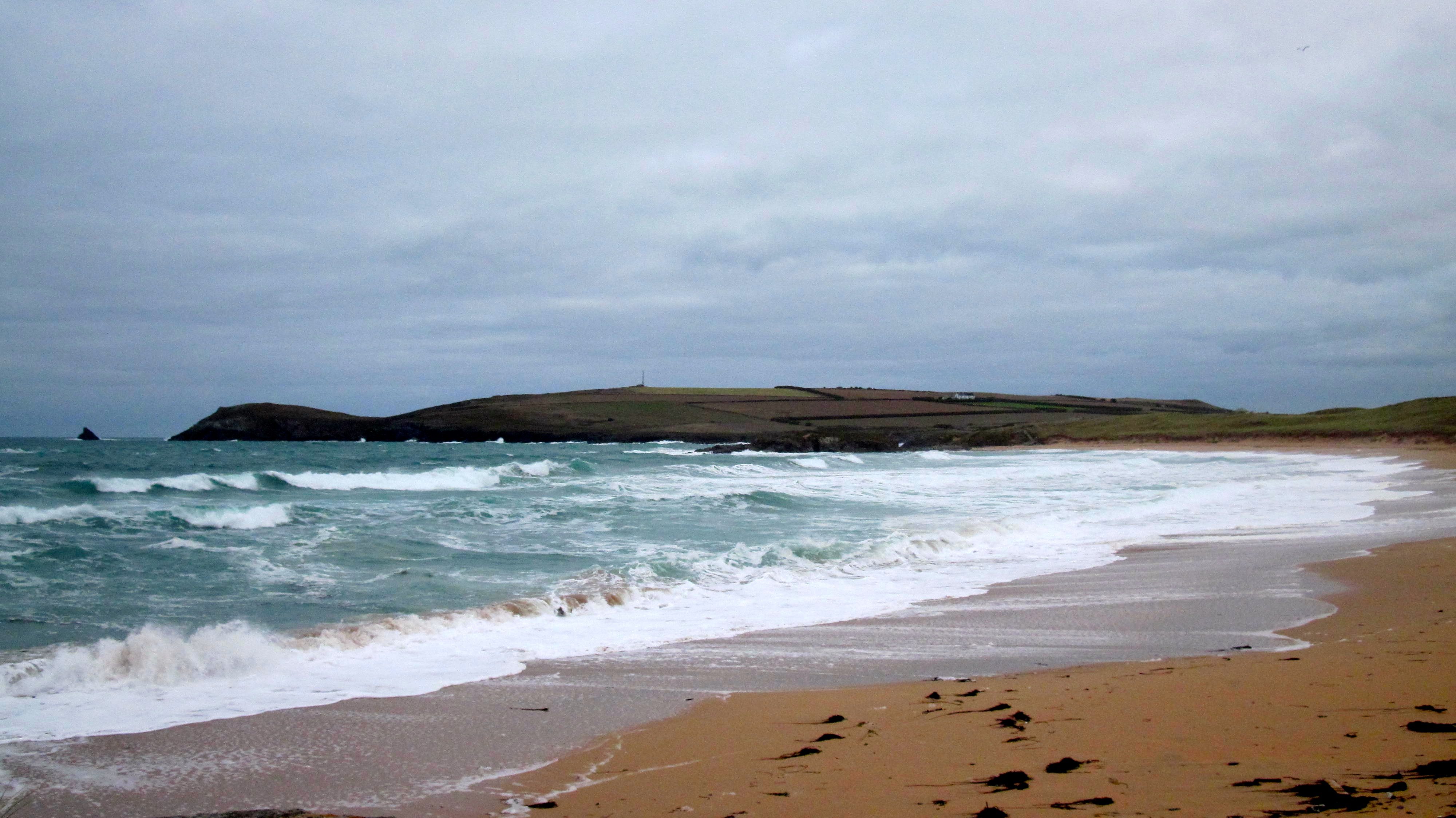 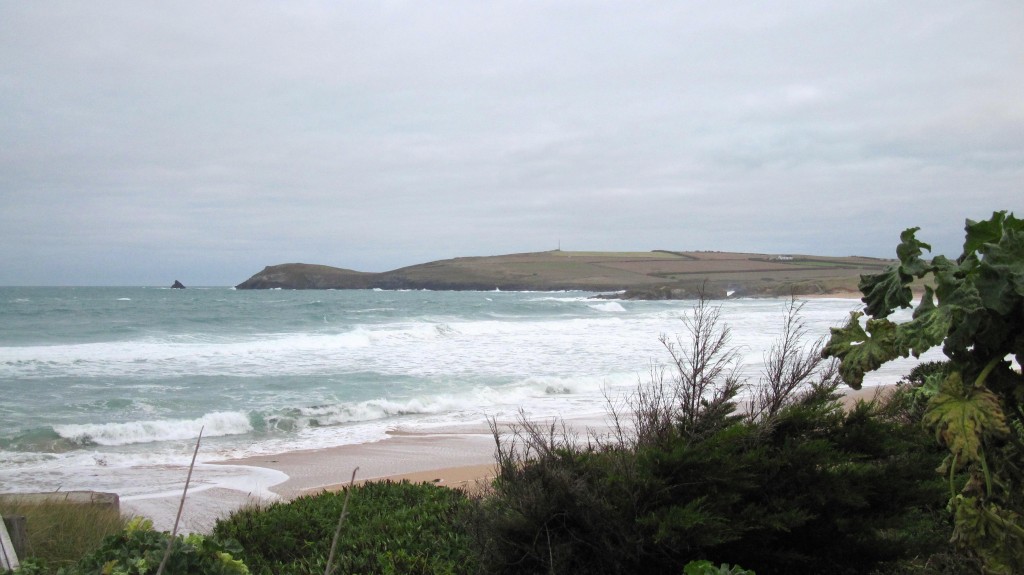 Ah, an extra hour from somewhere and an earlier lightness saving all that waiting around. Did you remember?
The surf is pretty similar to yesterday, a mixed up three feet or so of bumpy stuff sloshing around in the bay just after high tide. There’s no real organisation to any of it, that almost direct southerly wind being fresh enough to cause a little froth on those broken ones.
And the sky continues to be overcast, that bluey grey that might just show a slight promise of brighter for later, or might just contain some of the wet stuff.
Nah, it’s not so great here this morning, lets hop on over to Harlyn…….

We have just received our main delivery of O’Neill winter wetsuits and how gorgeous are they! So, if you’re looking to be warm and cosy this winter then drop in on us, we will probably have something to your liking!
By the way, don’t forget that we are clearing out loads of summer wetsuits. We have rails of them from generally around 30, 40, and even 50% off, starting from £50.
That’s Xcel, O’Neill and Alder with only one or two quikky suits left.
So, if you’re around the area this week, it might just be worth having a little look-see!
And finally, remember we were saying that Matt Biolos was in Europe doing a few boards and we took a couple of custom orders (which incidentally are en route to our little shop right now!)? Well, check these beauties out, they’re the leftovers, the unchosen ones, the last of a beautiful batch: 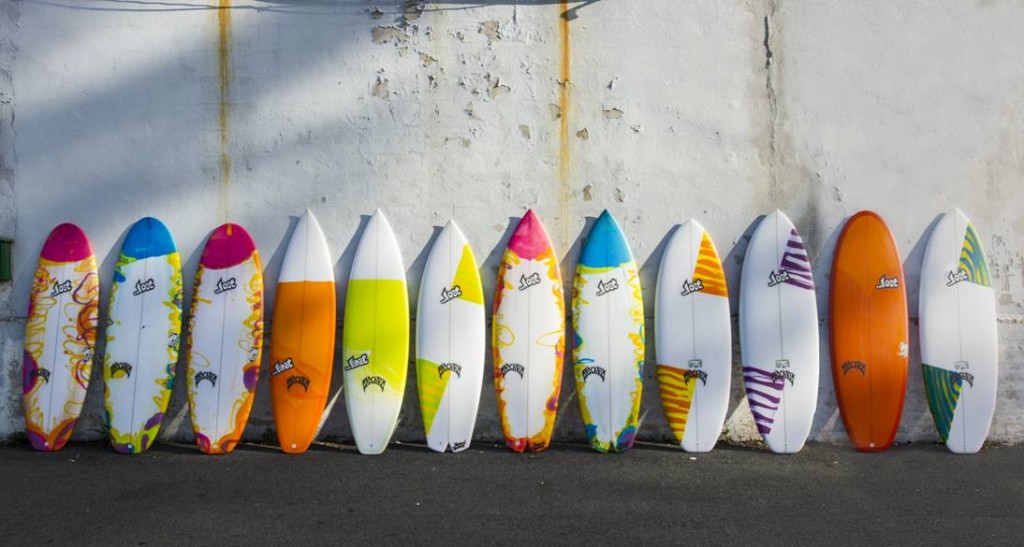 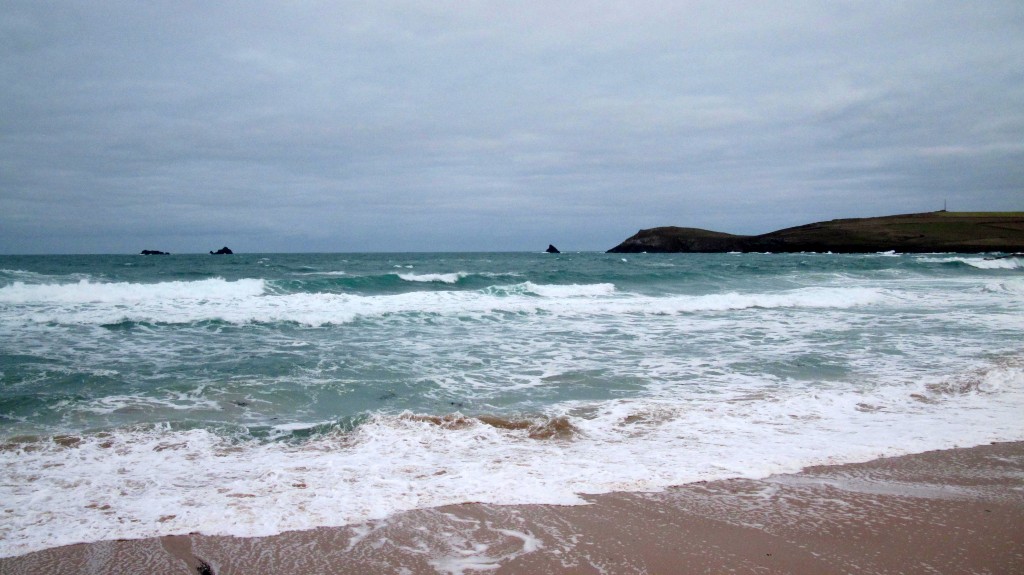 A couple of feet of broken up surf is rolling up the beach an hour or so after high tide. It is too deep to allow those little waves to break that well yet but that should improve as the tide drops back. The wind is a south sou’ westerly but it seems to be swirling around here right now, making for an unexpected bump on those waves.
I’d give it an hour or two, it should be way better by then. It’s only going to be a couple of feet or os but should be clean enough and smart enough to be fun!
Another Harlyn Sunday afternoon awaits!

The wind seems stuck from the south and that steady three foot swell is rhythmically rolling our way.
A brighter day awaits with some fun surf if you pick the right place.
Constantine and our other west facing surf breaks are likely to be still a bit mixed up but that wind might just twitch a little to the south east for a while, in which case things could improve a whole lot!
Otherwise it is going to continue to be a choice between bigger but sloppier west facing breaks or our more sheltered spots like Harlyn being smaller but much better shape.

These current lacklustre conditions are likely to accompany us into the main half term school holiday week, the weather mild enough, a little overcast, a bit breezy but with plenty of mixed up surf, at least to start with.
Monday should reveal more of the same, our bodyclocks adjusting to GMT again as that same three footish swell rolls in accompanied by quite a blowy southerly wind. Small Harlyn crispness is probably going to be the favourite of most locally. Some surf breaks further away are probably going to be a bit better if you fancy the journey though.
By Tuesday the wind should ease a little as so to will that swell. In these conditions the wind and waves are completely tied to each other. We aren’t having one without the other, not until another deep depression parks itself out in the Atlantic!
That should start happening by midweek. Not a big depression or anything but as that massive low that generated all that swell the last week or two and has attracted all the guys up to Scotland gradually slips away, another lighter low pressure system is slowly wandering across the north atlantic. That should push a little bit of proper swell our way again for later in the week and into the weekend.
By midweek we might just be seeing small but offshore groomed fun surf at our main surf breaks, staying that way through the back half of the week before bumping up for the weekend.
Have a great week, wherever you are and whatever you’re doing!