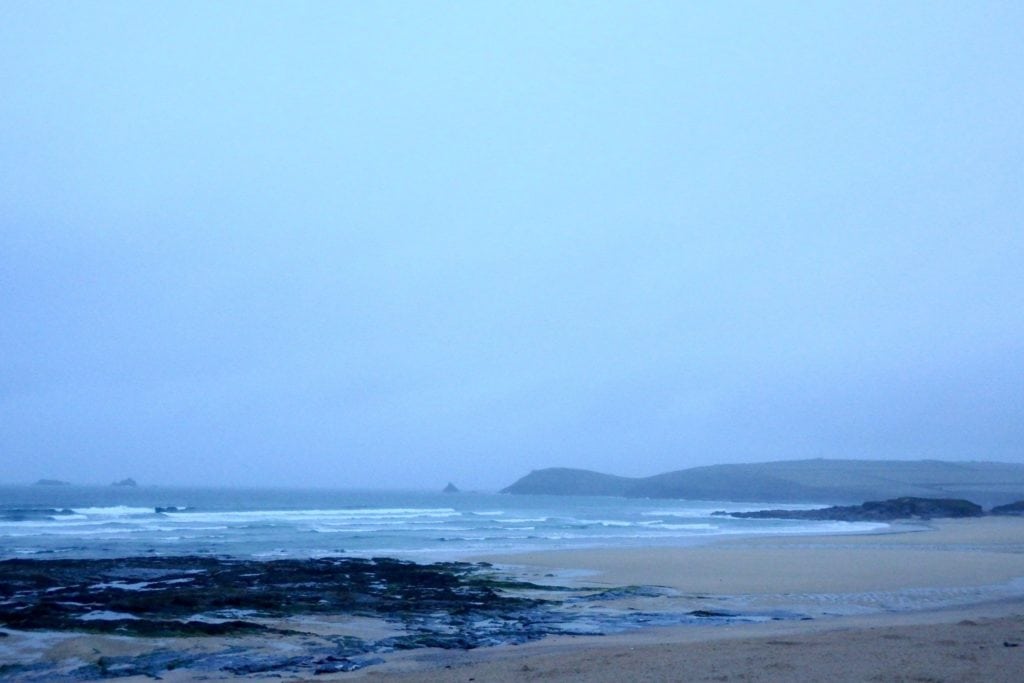 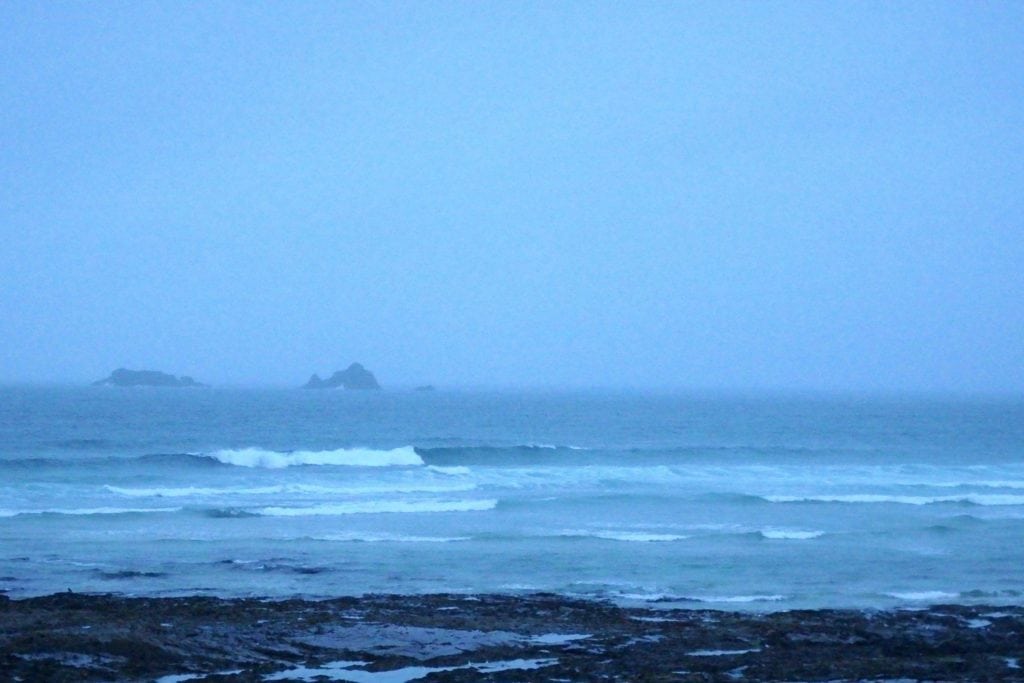 A damp blanket of cosy mizzle is blocking the view this morning, the air wet in the mild south westerly breeze, the sky a silver canopy of glum.
The surf is thumping though, three feet of onshore ruffled but smooth faced lines are pushing onto the breaks, those much bigger set waves marching in from a long way out. It’s likely to be bit of a paddle but there are some grinding ones winding their way along the shore which should make it more than worthwhile.
Give it a couple of hours and the sky should clear as that swell continues to build. But the wind might just veer more to the north too, which isn’t very good! 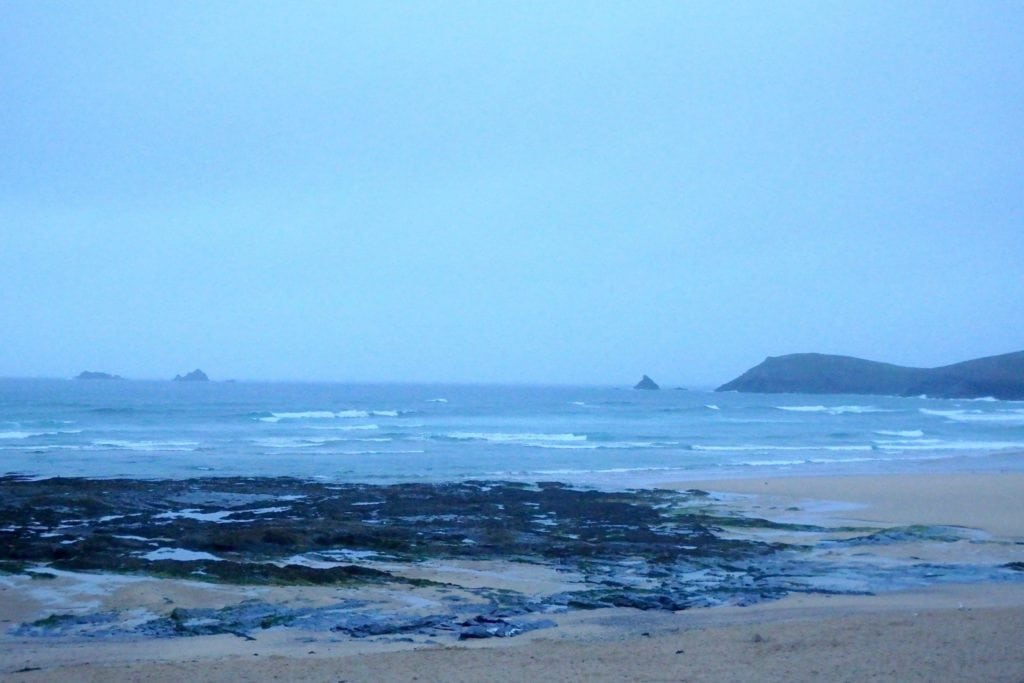 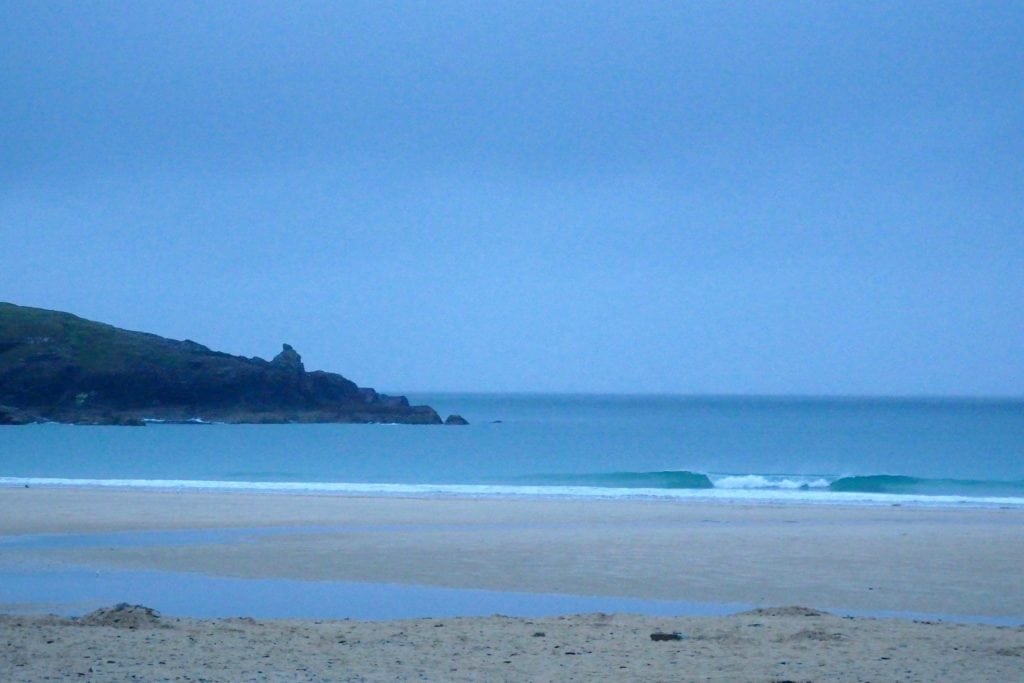 A foot or two of grey glass cylinders are snapping ashore all crisp and smart but with a long wait between sets. The tide is half way out on the drop and so size wise it’s not at its optimum. Give it a couple or more hours and we should see an increase in wave size as the tide starts to slip back in. As long as that wind doesn’t switch too much! 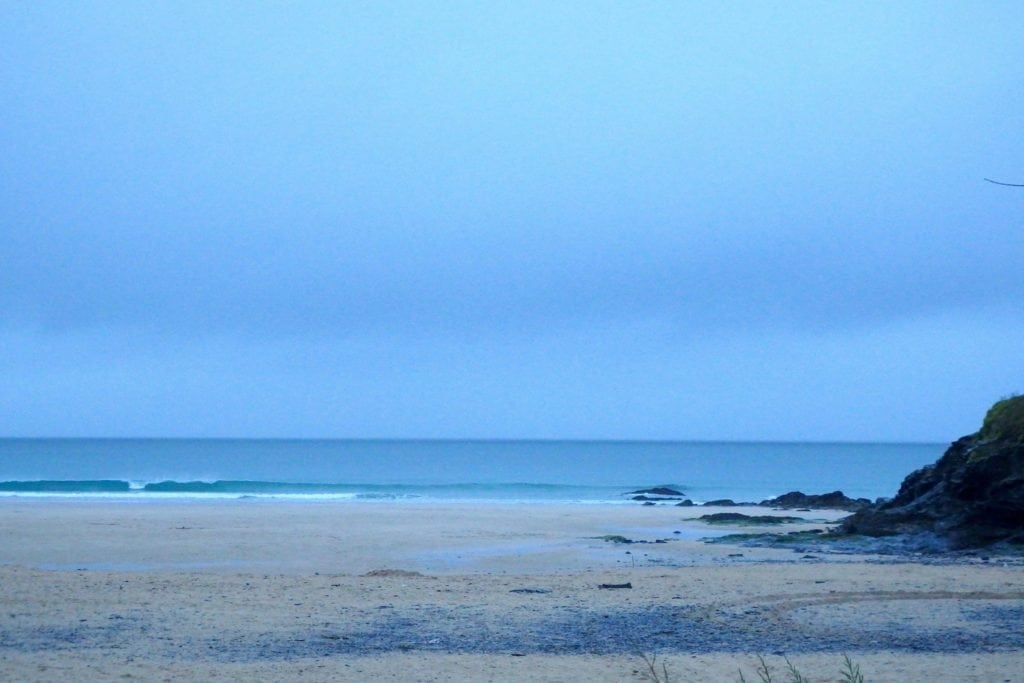 A couple of feet of onshore ushered surf is expected this Bank Holiday Monday with sloppy but fun surf available all day long. That north westerly wind is likely to keep the temperatures a little lower but otherwise we should be enjoying a bright and cheery summer’s day!

Light onshore winds are likely to start this week again, a slowly decreasing swell being pushed in by those same winds.
But the weather should stay mainly fine for the last few days of the school holidays while there should be plenty of fun surf to keep everyone happy enough.
A gradually easing, three feet or so of crumbly swell will start the week, slopped a little by light north westerlies but with loads of sunshine. The breeze is likely to ease to the south west soon enough, helping the swell along and keeping temperatures mild in the sunshine.
By midweek we should be enjoying some halcyon summer days with a rhythmic three to four feet of solid swell rolling in all day long.
Have a great week, wherever you are and whatever you’re doing!