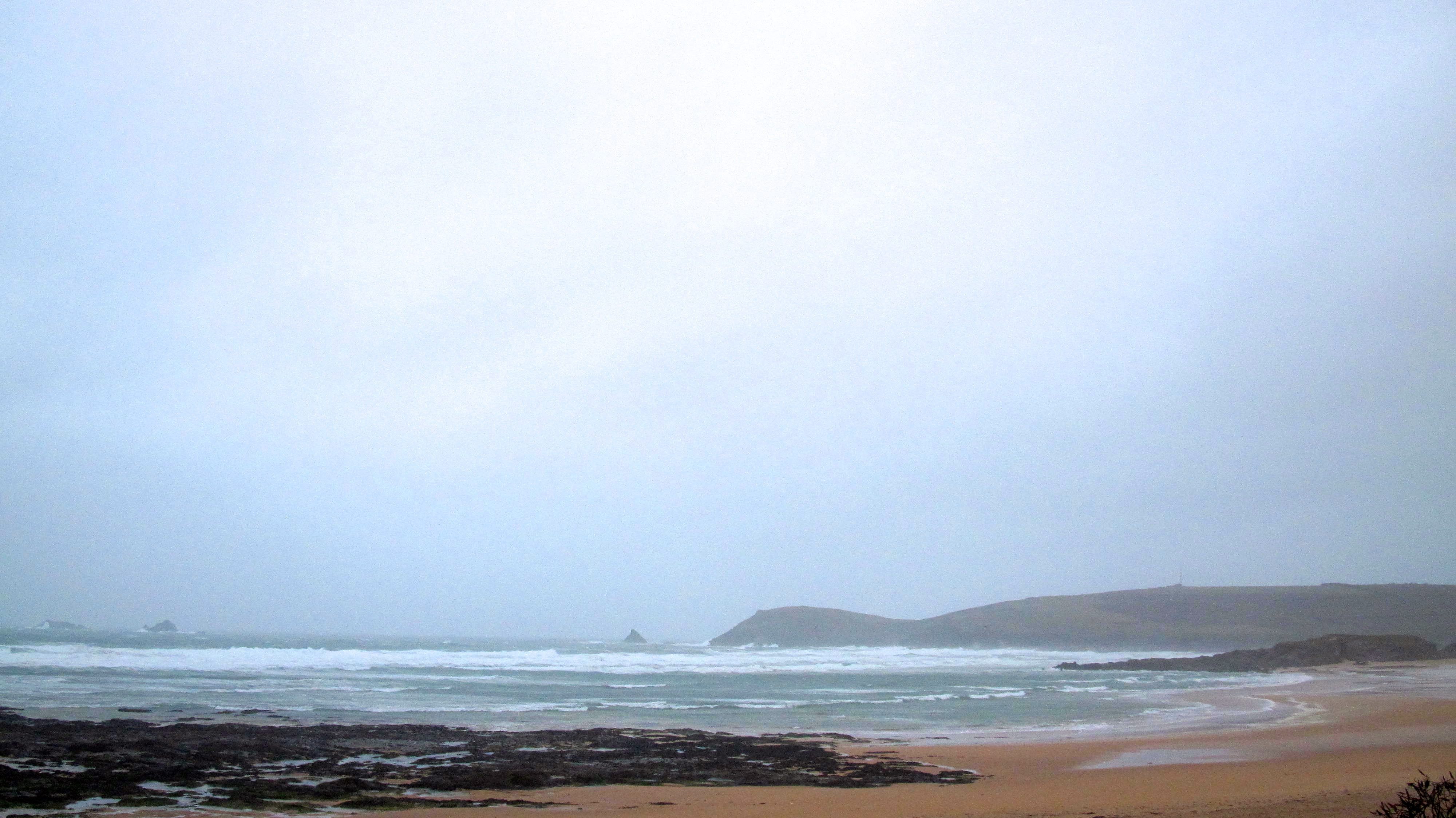 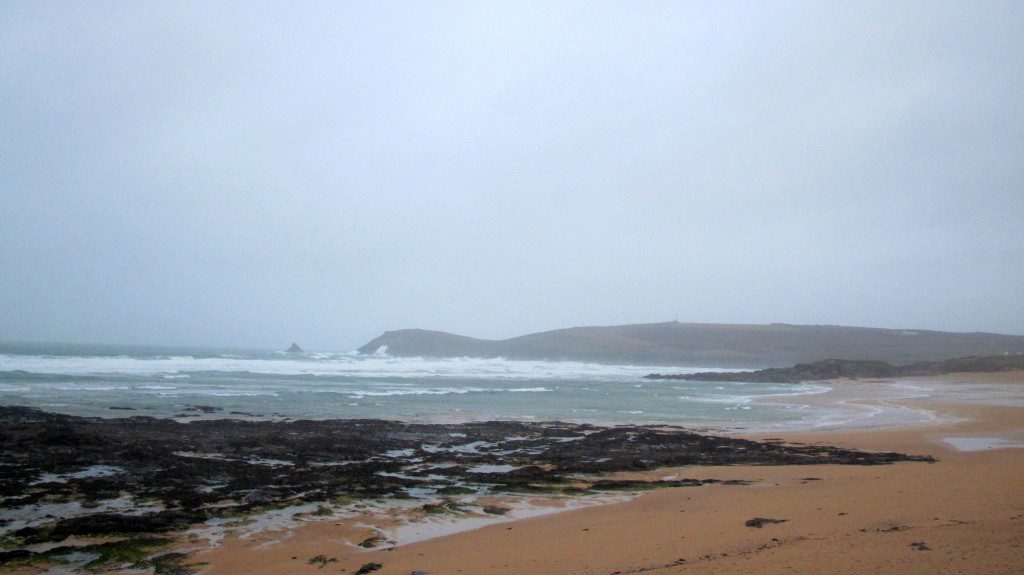 British Summer Time has driven the clocks forward with a bit of a bang this morning, there’s a proper hooley of a storm blowing out there right now!
And so we’re back to waiting around for enough daylight to see what’s going on but at least those afterwork sessions are back on, with longer and lazier evenings awaiting.
But not yet.
We might have to wait for quite a while for some real daylight today though, there’s a merging of sky and sea and greyness in that stormy scene, making for a dull and poor visibility. But you probably won’t want to be getting out there today anyway, the surf is a raging mess of disorganised wildness, five to six feet of mixed up madness bouncing across the bay.
No, it’s a dark and stormy and noisy and cold one today!
Let’s have a little look at Harlyn to see if that is any better…..

If you are around this weekend then it might be worth calling in to see us!
We have received lots of new deliveries and are unloading Patagonia and Captain Fin Co, O & E, FCS, Futures and all sorts of everything from surfboards and wetsuits to environmentally considered clothing and accessories and hardware.
And we still have a good few bargain wetsuits to clear to make space for all the new stuff!  There’s £50 offmany wetsuits and some are HALF PRICE! 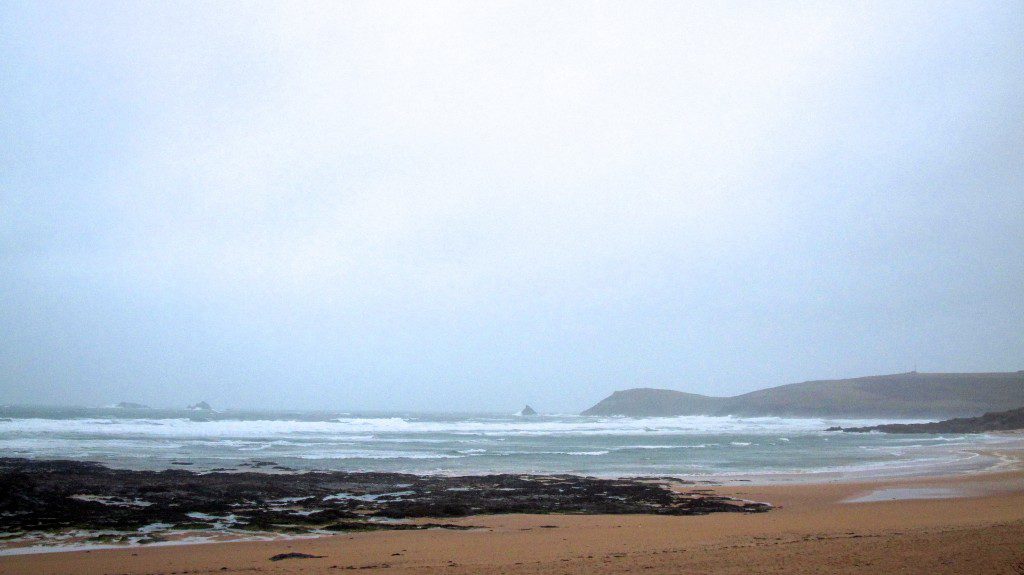 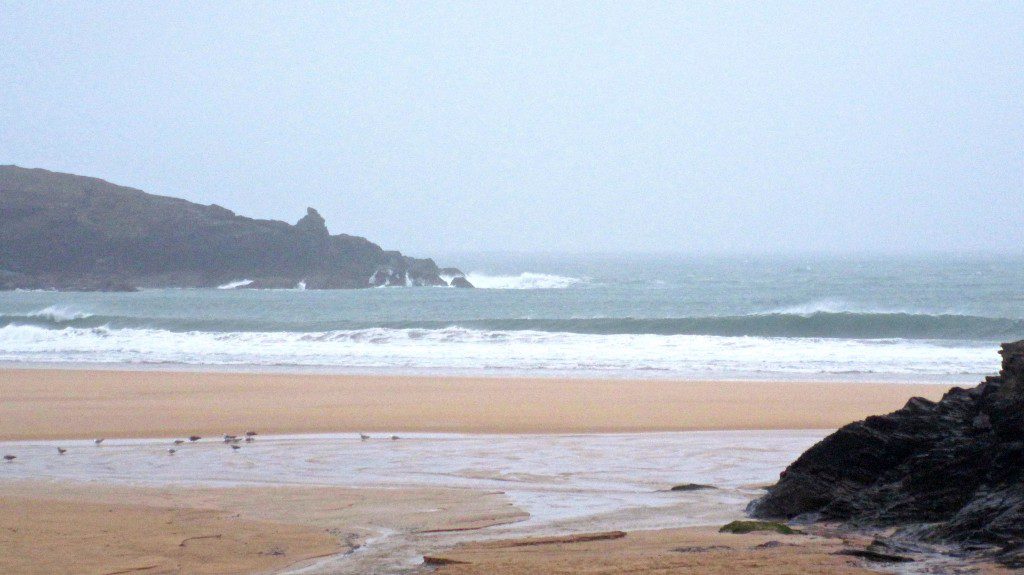 The wind is howling across the bay here too this morning, almost offshore but more of a sideways thing really.
And so the surf is windswept with a few bowling right-handers being held up, all hollow and sand filled at just about full low tide.
The set waves are in the maybe four foot region and I guess that the tide is going to push that up through the morning, making for some big drops and some grinding close-outs too. But those odd ones that do stay open could just make a cold and windy, noisy surf session worthwhile. Maybe.
Or there’s the trek south, or north or, as Hilly was planning, all the way to Wales?
Images please! 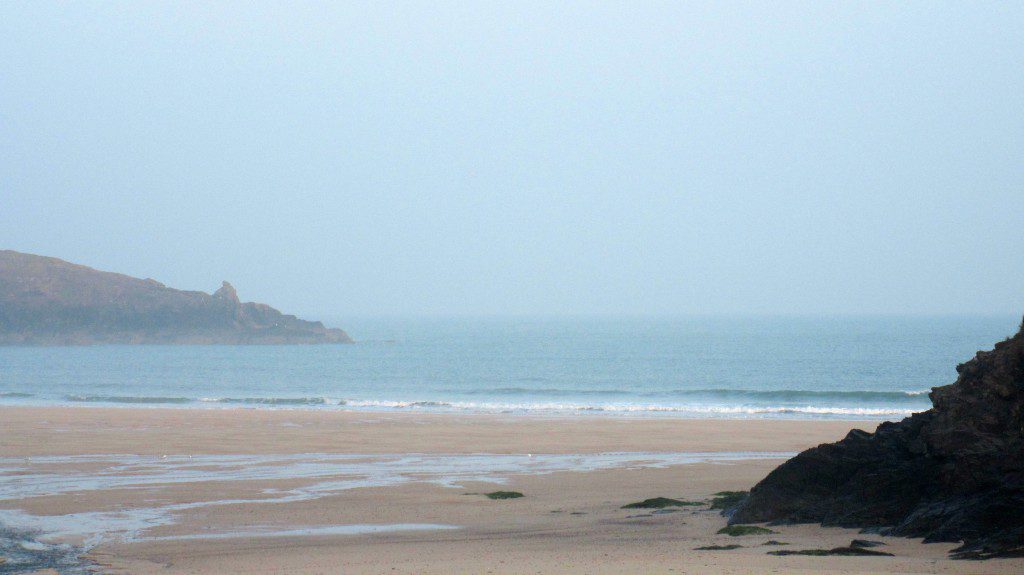 It should be brighter today and the wind might ease but otherwise we are in for another blowy and messy day, the wind continuing to gust in strongly from the west and south west.
The bright sunshine should make it look more appealing but it is going to be another Harlyn day, filled with the pleasure of four foot dumpers.
There will be the odd grinder as well though.