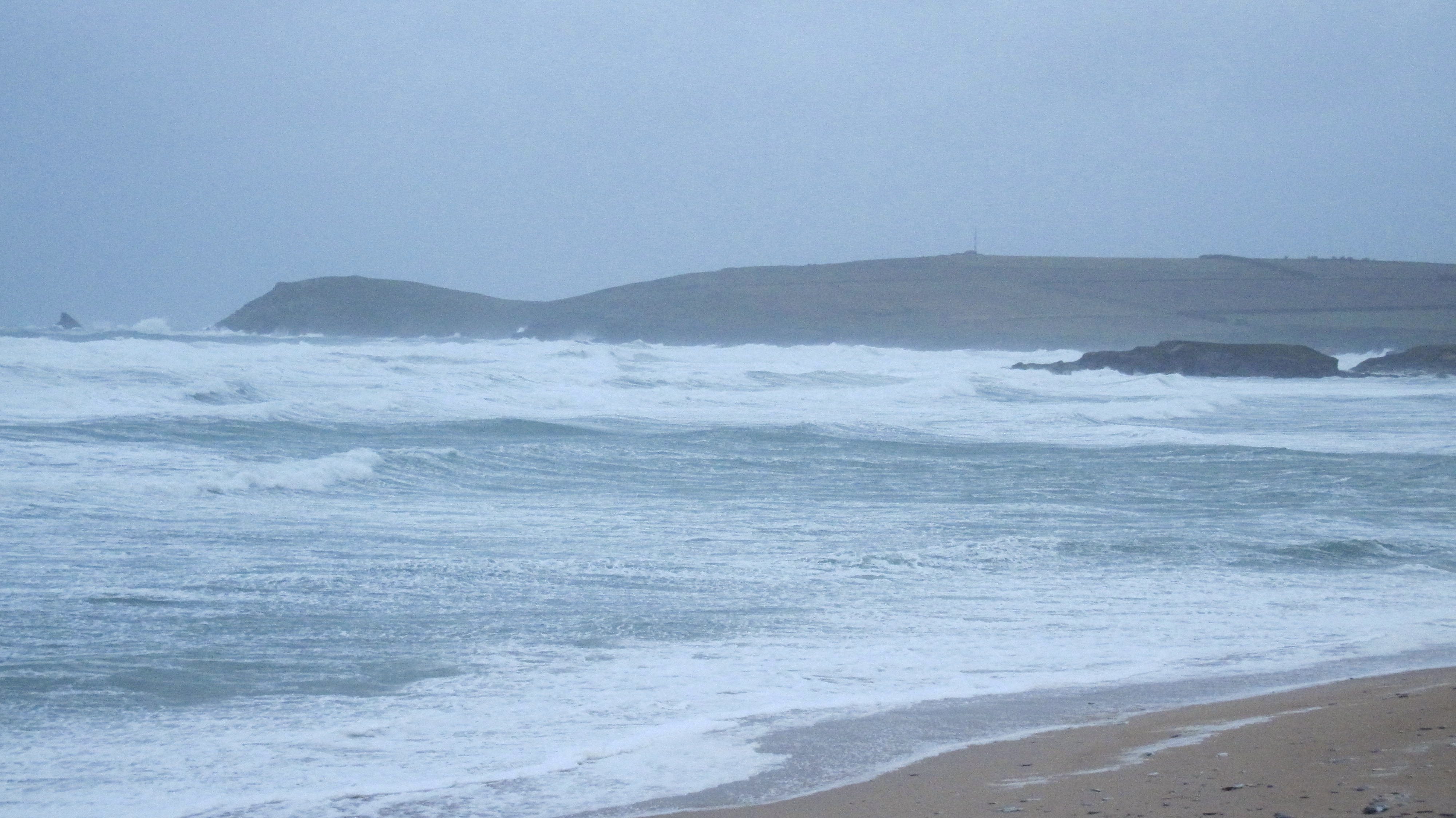 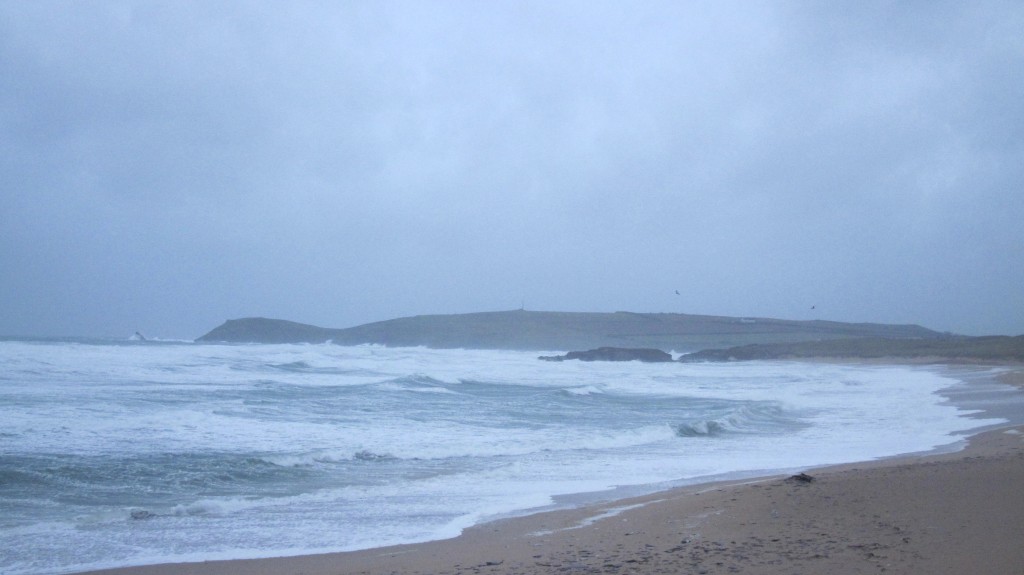 And on the storm blows!
The wind continues to screech and howl across the headlands, a west sou’ westerly storm force blast strong enough to do a little damage I would think! The bay is a maelstrom of mixed up madness, huge waves being blown everywhere, those squally showers stinging through Nike layers.
The ocean is not the place to play today, well, not here anyway. Only those super sheltered spots will have any waves worth trekking for and even then you would have to be sure that you are on top of your game!
Or you could just roll over, switch on some good music and snuggle on down! 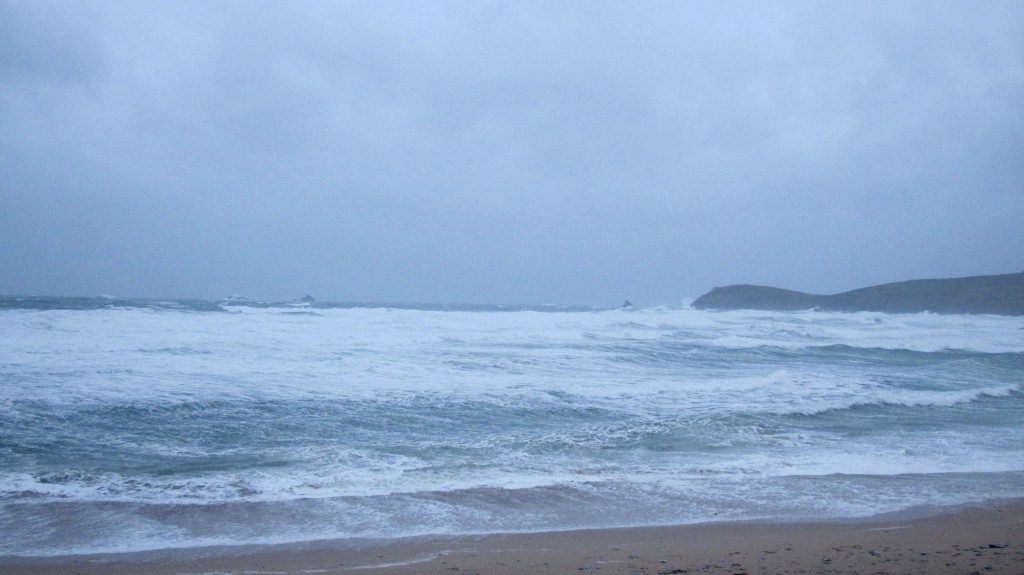 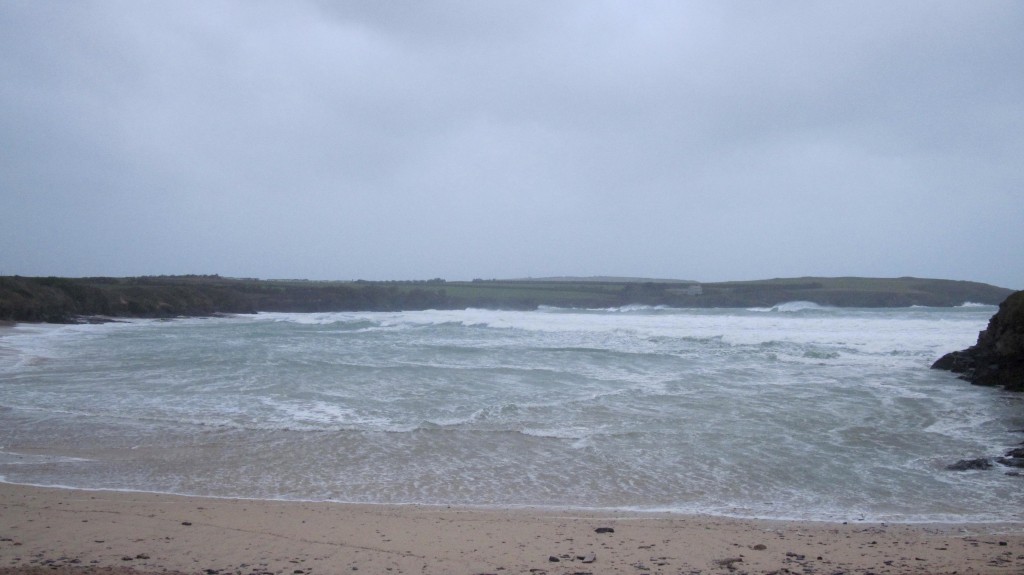 There are some big old waves thundering in here this morning as the tide nudges beyond high. And there’s just enough south to the otherwise what sou’ westerly gale to make those explosive waves look just a little bit interesting, maybe.
But with the dropping tide and the storm force winds along with mid winter air temperatures, well, it’s hardly enticing.
But it does just make you wonder about a couple of other super sheltered spots that might just be churning this morning. There is a little slab further along the coast in one of those tucked away little bays that could just be turning itself inside out as the tide drops! 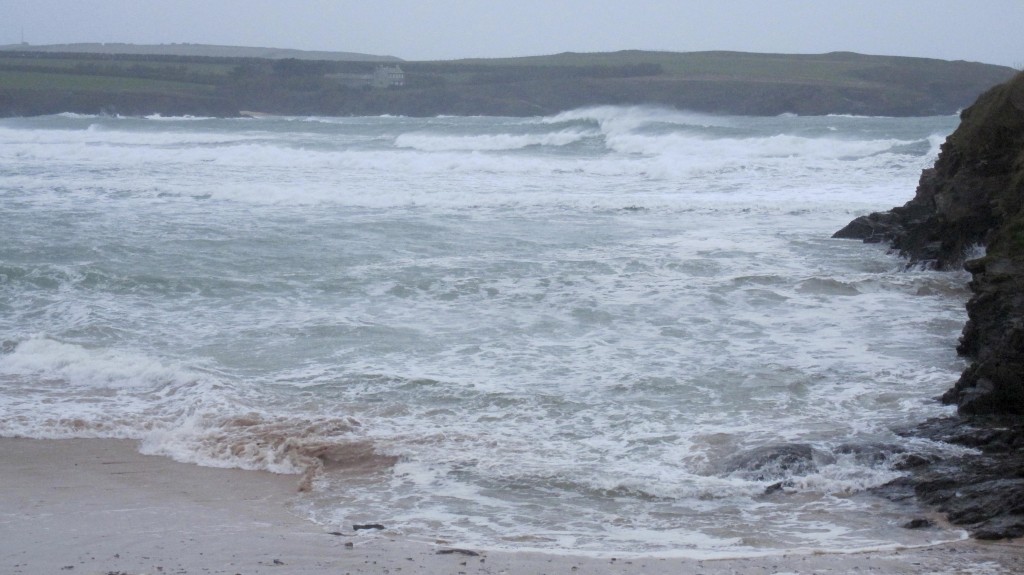 The storm or gale force winds are likely to continue to blast through but maybe twitching just another degree or tow to the south, making those more north facing surf spots a little more interesting.
But it is still going to continue to be madly stormy with huge and wild waves bouncing all over the place. Only those super sheltered spots have even a remote chance of being rideable but they just might be worth the hike!
Or maybe Wales?

Strong, strong winds and huge, huge waves are likely to continue to batter our already storm beaten little coastline and it is likely that we won’t be seeing much change anytime soon, maybe by Thursday but even that might be temporary!
Those winds might just slip a few degrees more to the south though, at least allowing Harlyn a chance to provide some more rideable waves. But they are likely to be huge and increasingly hollow and dumpy as that goes on.
We will probably all be holding our breaths in the hope that that fickle peer might kick in during the week, maybe by Tuesday but the sand wasn’t right last time and the tides might not be great this time.
But, if you do find somewhere sheltered enough and enticing enough to slip in for a barrel or two, take it easy, there’s a lot of energy in those stormy waves. And you know what Eddie used to say; ‘if in doubt, don’t go out!’.
Have a great week, wherever you are and whatever you’re doing!