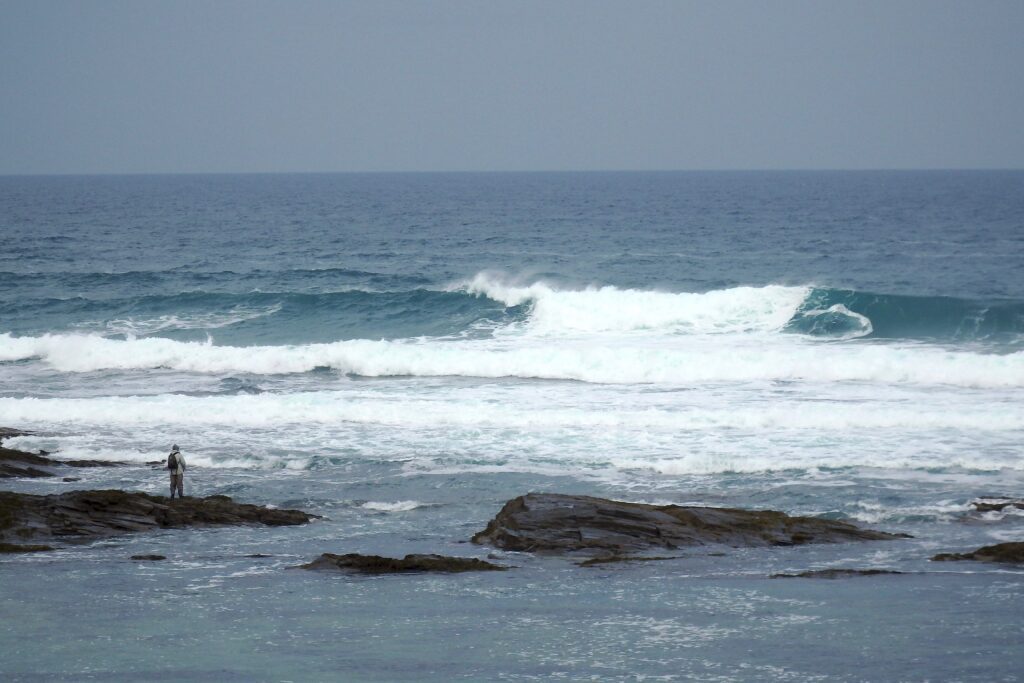 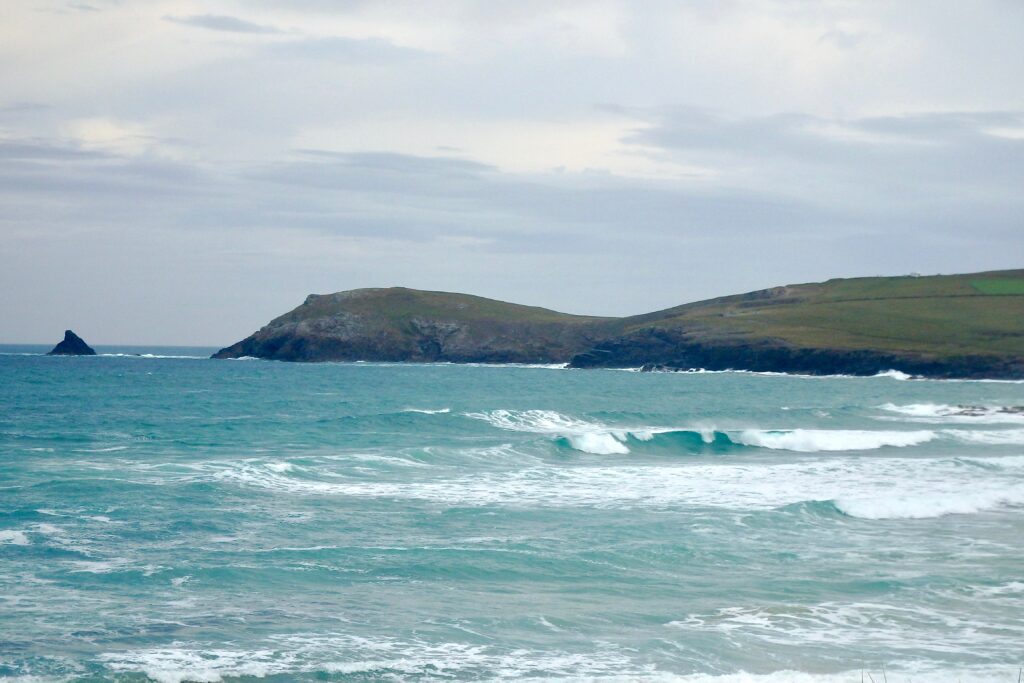 Short bursts of light summer rain are just dampening the soil and sand, releasing that fragrance, the smell of holiday time!
But it’s mild enough and pleasant enough in-between those showers though, the breeze steady from the south west and just putting a bump on those thick and heavy three to four to occasionally five foot waves that are crashing through.
It looks fun but it looks like a bit of a paddle-out too!
And of course it will brighten up but maybe not like that until later this afternoon. 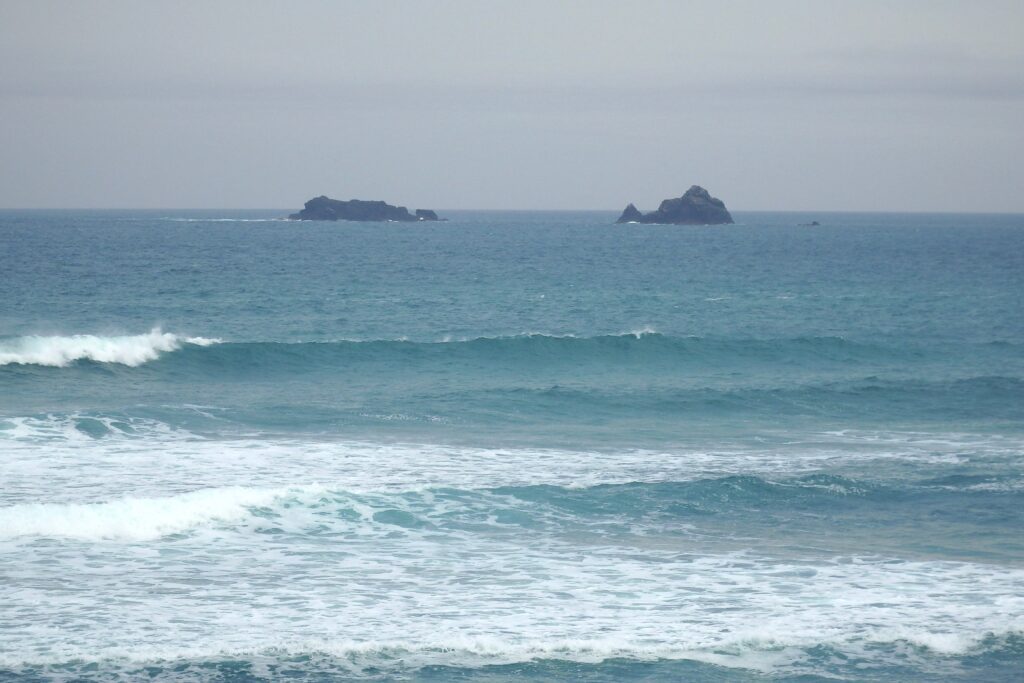 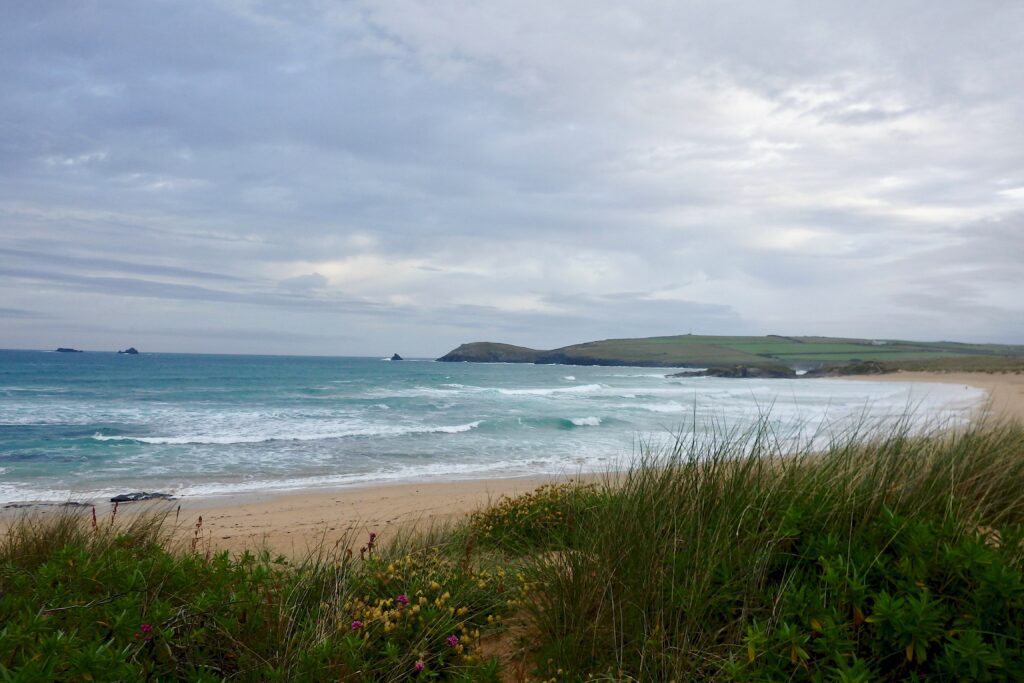 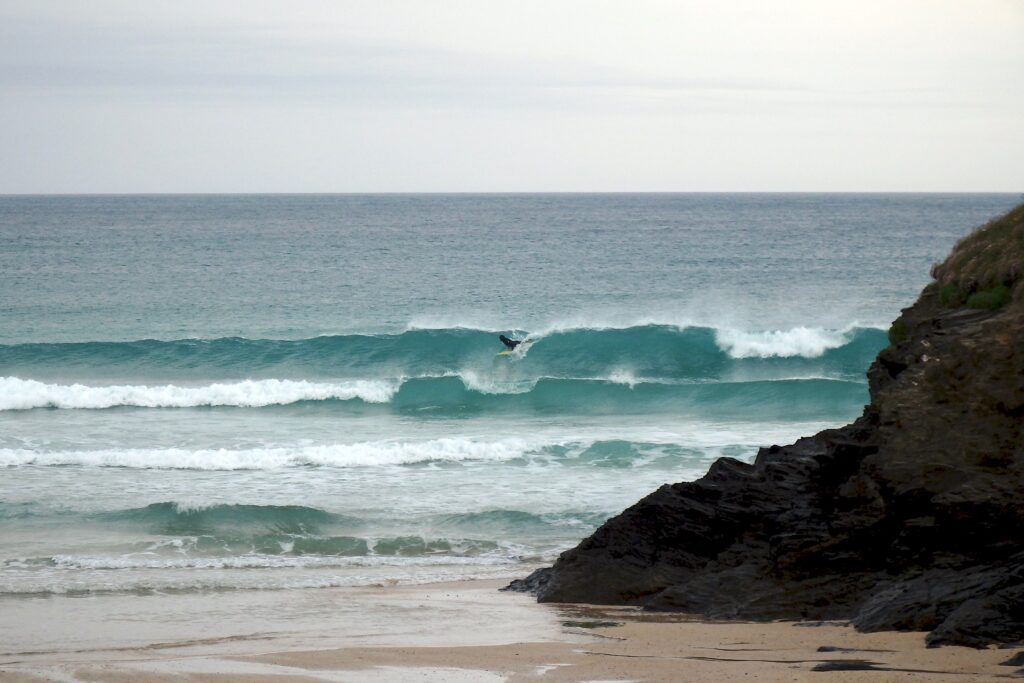 Some pleasant little waves are screaming off the Rock at Harlyn this morning, a couple of feet of hollow and fairly glassy little freight trainers with those occasional sneaker sets bowling through the lineup.
There’s a way to go before the tide starts to swing back in but it should build and strengthen with that tide.
As long as the wind plays fair and doesn’t back too much to the west! 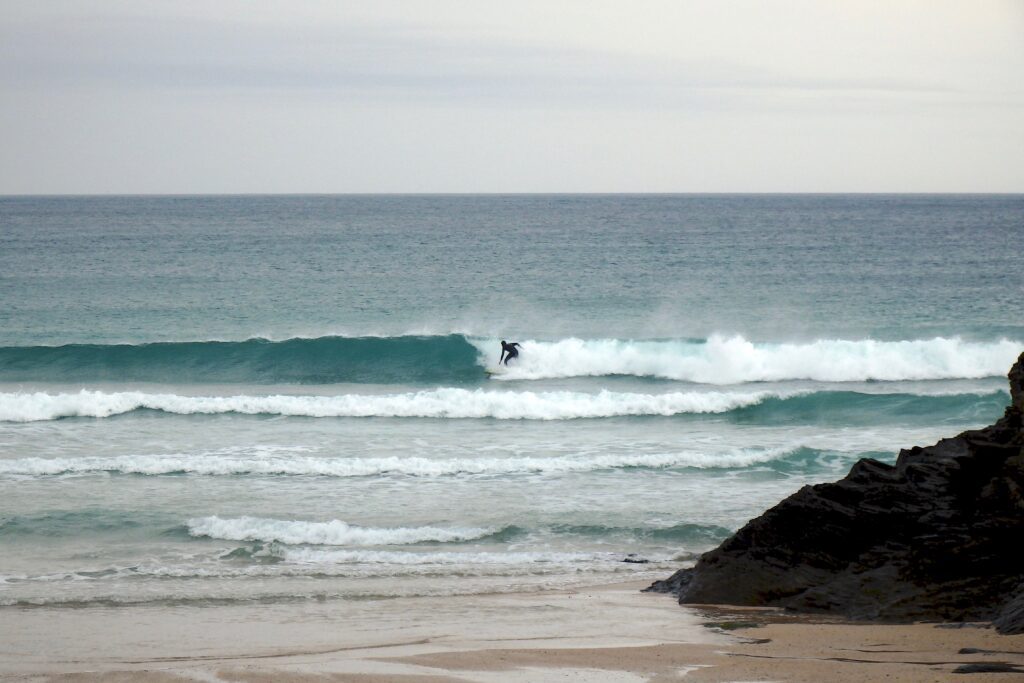 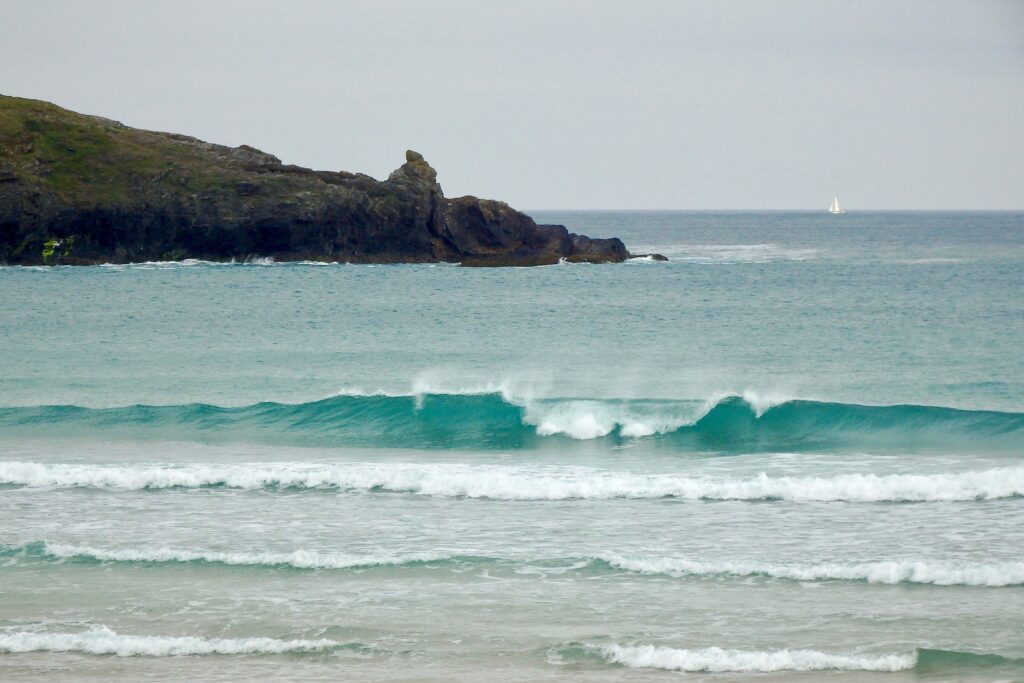 It’s looking like a classic Harlyn day today with a steady south westerly wind pushing in some thick and lumpy three to four foot surf.
The weather should be bright enough too with mild temperatures and enough sunshine.

A breezy week lies ahead with those light sou’ westerlies of Monday becoming gusting southerlies by Tuesday, blowing fresher and from the west through Wednesday before calming through the end of the week.
Those onshore should continue to support the four feet or so of lumpy swell that will be rolling our way all week, that swell peaking in size on Monday and again on Wednesday.
And so Harlyn is likely to be the surf destination of choice locally this week with fun surf suitable for just about everybody!
And how much is that water warming up! It’s summer suit time for sure and we have a shop full of them!
Have a great week, wherever you are and whatever you’re doing!