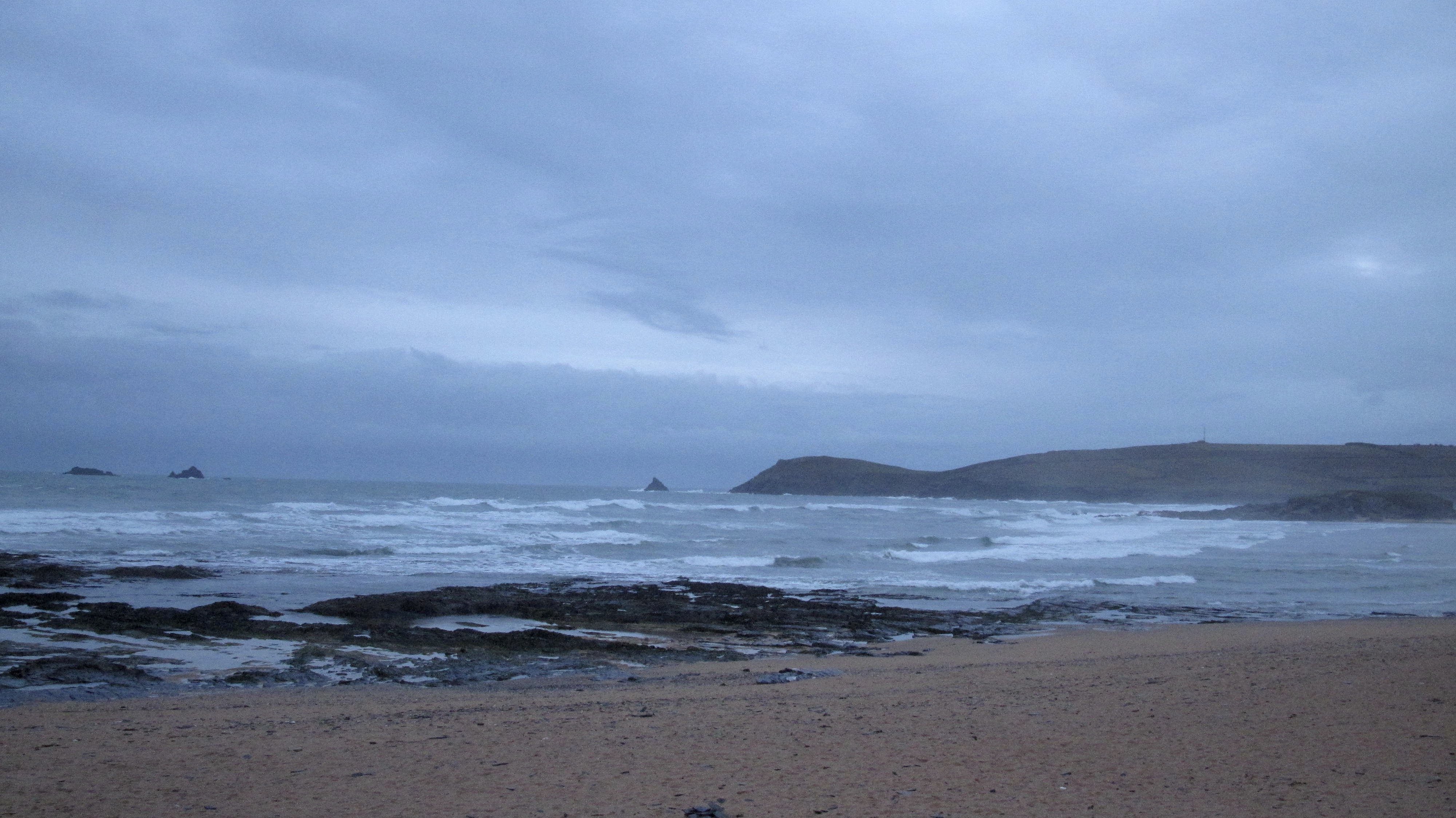 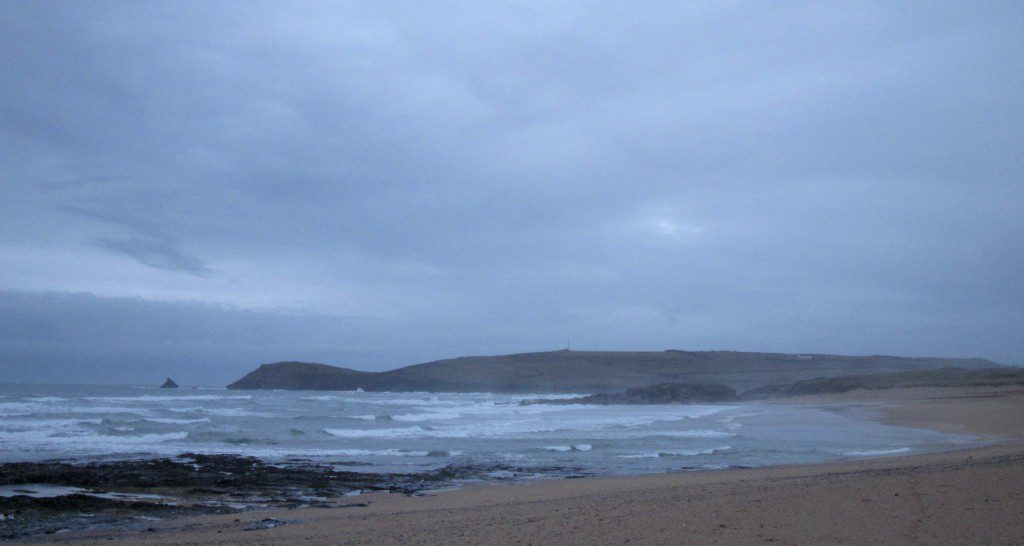 A thick sky-high fug of grey continues to blanket the coastline this morning, the wind having eased back to a steady south sou’ westerly blow and so not dispersing it all as quickly as it might have.
There’s still the odd intense downpour but those continual torrents seem to have moved on, leaving a few deep bits on the local lanes to keep the splashers happy.
The surf has dropped to a stumbling and tumbling four feet or so.
It’s more sloppy than choppy though this morning, a directionless swell wandering around the bay with that lighter but still effective wind swirling around the headlands although generally staying onshore.
Nah, it’s not that great and the forecasts are showing it to become even less great than that! 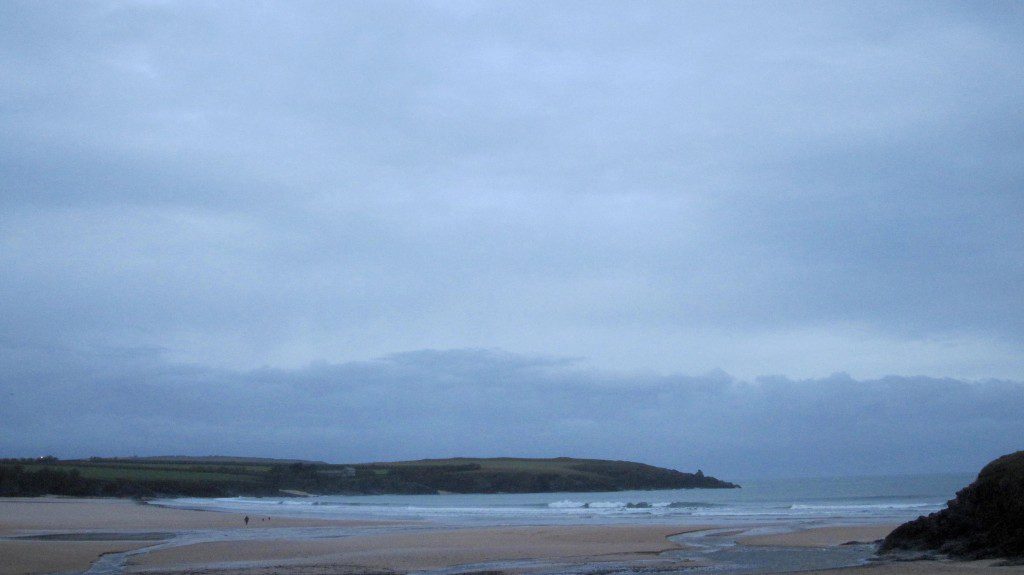 The surf is a whole lot smaller than it has been here today, a mere couple of feet or so of oilly glass waves spilling ashore in the much lighter wind.
It is still grey and overcast and still a bit breezy but not like it has been.
We are in for another solid pulse of swell, forecast to swing in sometime this afternoon and so we should be able to watch as the size steadily increases here throughout the day.
It could be big by this evening but the wind is likely to strengthen too! 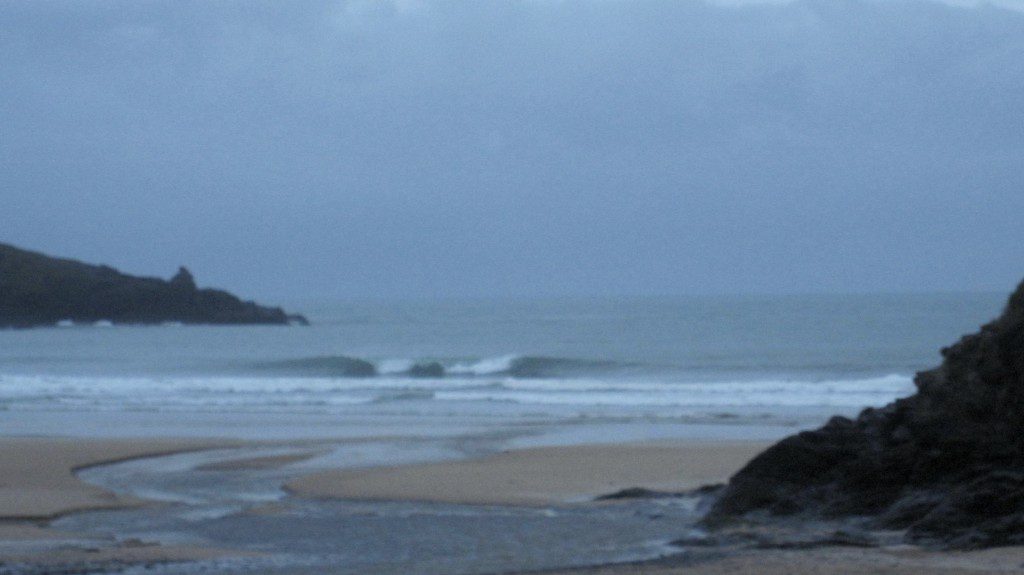 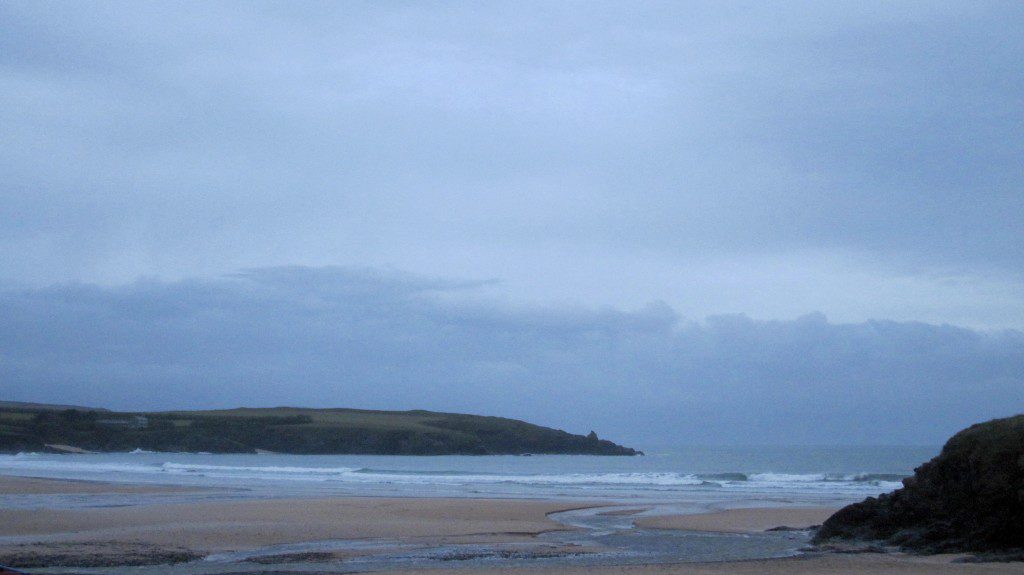 Ah, so far this new year does not seem to have registered a change with the wind gods, those hard blowing and sometimes stormy winds look set to continue to blow hard and fast throughout this first week of 2016.
This weekend will see another surge in swell size through Sunday afternoon, the wind more westerly too, limiting the choice of cleaner surfbreaks even more.
The week should start out with more typical Harlyn conditions, those big, thick and lumpy swells being slopped a little more by west sou’ westerlies.
Those sheltered spots that we have been trekking off to the last few weeks are going to continue to be the places to explore with ten feet plus swells battering our coast, being driven hard by 30 t0 40 mph winds.
Things should settle eventually but not quite yet!
Have a great week, wherever you are and whatever you’re doing!