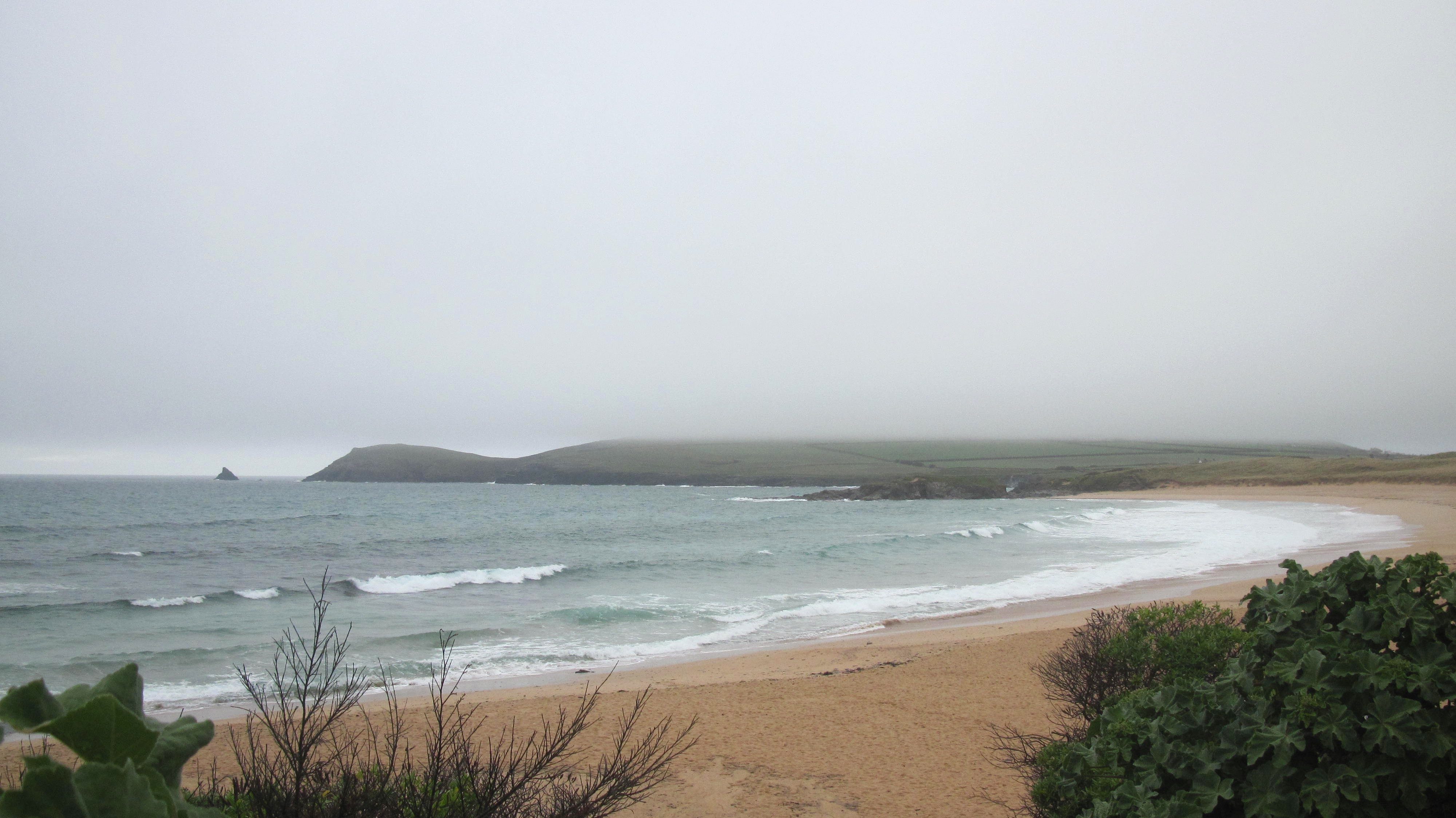 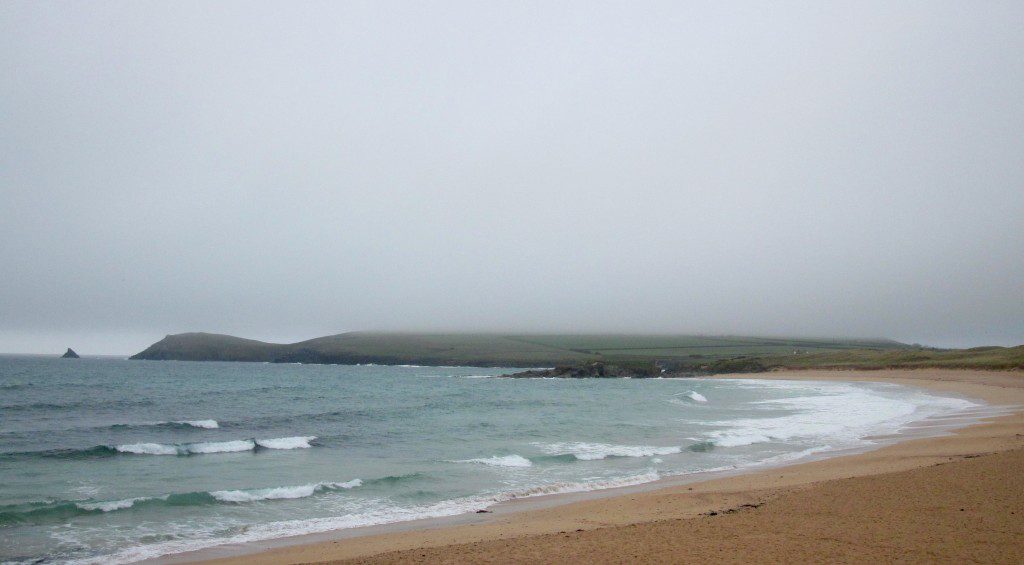 It’s a miserable start to this holiday Sunday, a breezy, dull, drizzly and chilly one.
Visibility is fleeting, a stolen view of the one to two feet of sloppy and weak looking surf in between blankets of sodden air.
There’s not much to excite down on the beach this morning and yet, as always, there is that attraction, a peacefulness in the sound dulling murk, the wash of those small waves teasing to still be ridden regardless of the conditions.
It should brighten up, eventually but it might just take some time!
Oh and we do have a couple of rails of beautiful Patagonia jackets if you’re looking for something to keep you snug and dry!!! 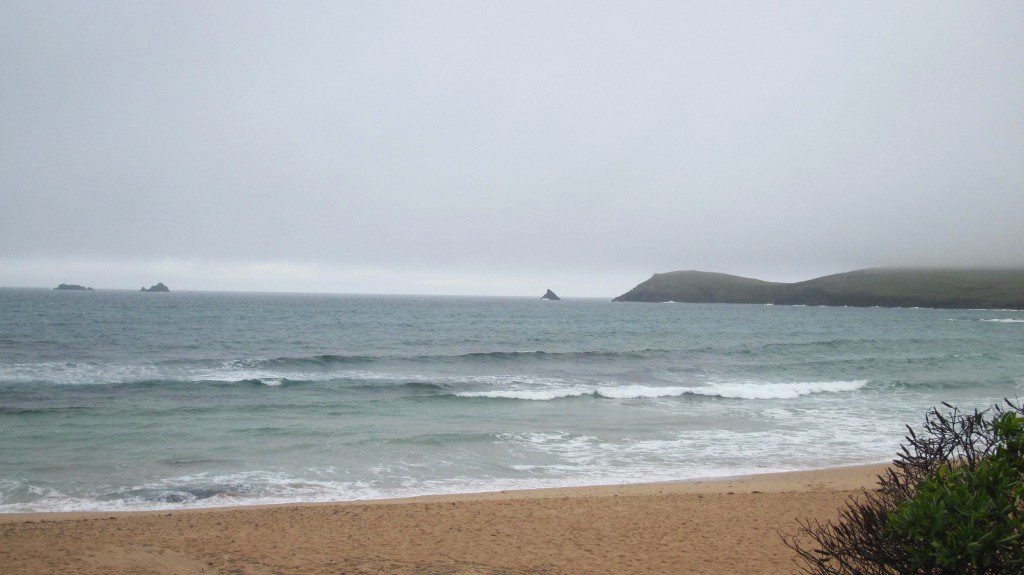 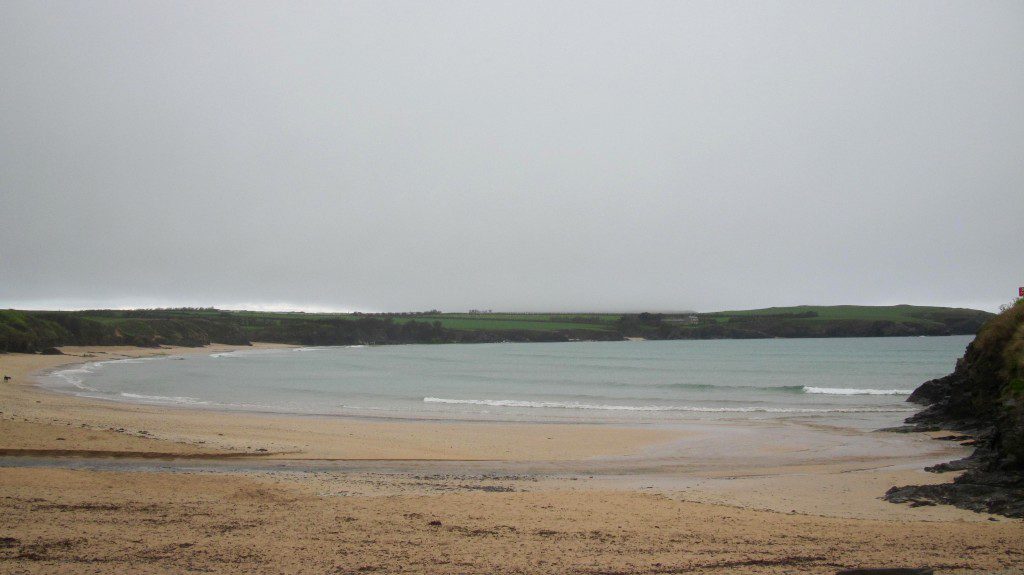 The sea is exquisite here this morning, that pale turquoise that happens now and then that creates that translucent and dreamy effect in this otherwise dull and dreary weather.
The surf is pretty much flat, tiny little lines shadowing onto the beach but shin high max.
If you fancy a SUP I guess that you could be blown out of the bay in the fresh sou’ wester but it’s so murky, you won’t be seeing much on the way!
Let’s hope the surf picks up, it would be really good here if it did! 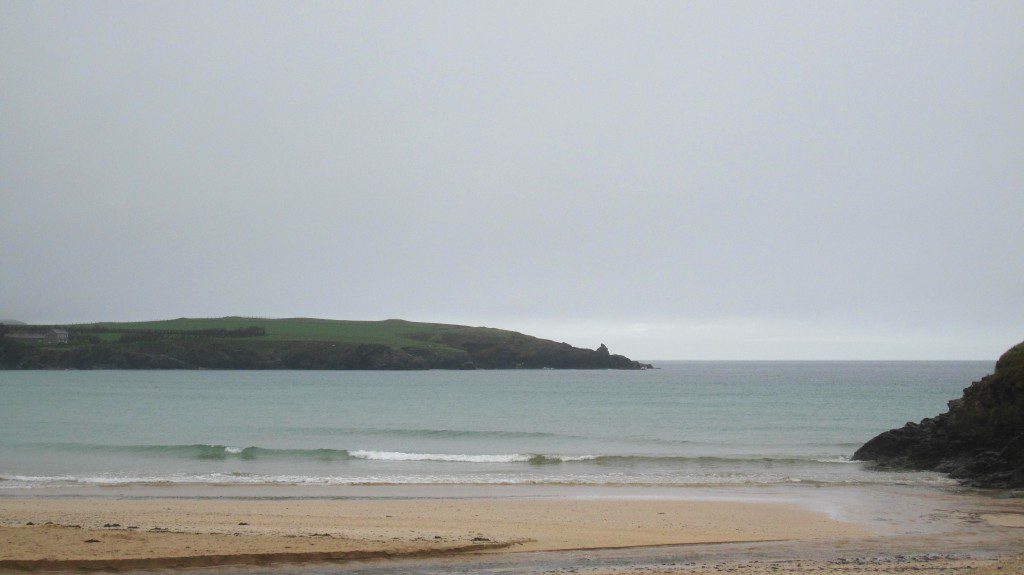 We could just see a new swell arrive through the morning, just in time for the wind to veer south eagerly, offshore.
It could just get very good today with a three foot swell building into the day, the wind easing itself offshore and yes, even some sunshine!
It could be a bit frustrating for those visitors that threw the towel in and went home early, today could just be a very good day to go surfing in Cornwall!

A non-event of a weekend should give way to something a little more enjoyable as Holiday Monday reveals itself.
A new swell should kick the week off with some half decent three foot surf, the wind having eased in strength and gradually slipped offshore, a steady south easterly to groom those longer wave-period swells.
Make the most of it though, the wind is likely to zoom straight back onshore by Tuesday as more fronts cascade over us. South westerly winds are likely to settle in for most of the rest of the week, bringing with it a mix of messy and then okay weather.
But the surf should be bigger too.
We should see Harlyn starting to show what it can offer with a decent three feet plus of offshore surf around there for at least a few days. There could be moments of clean conditions on the other side but they are likely to be short lived and brief little encounters mainly in the early morning or late evening. But if you are on it, you could just find a few surprise sessions in amongst the mixed conditions of this coming week!
Have a great holiday Monday, wherever you are and whatever you’re doing!